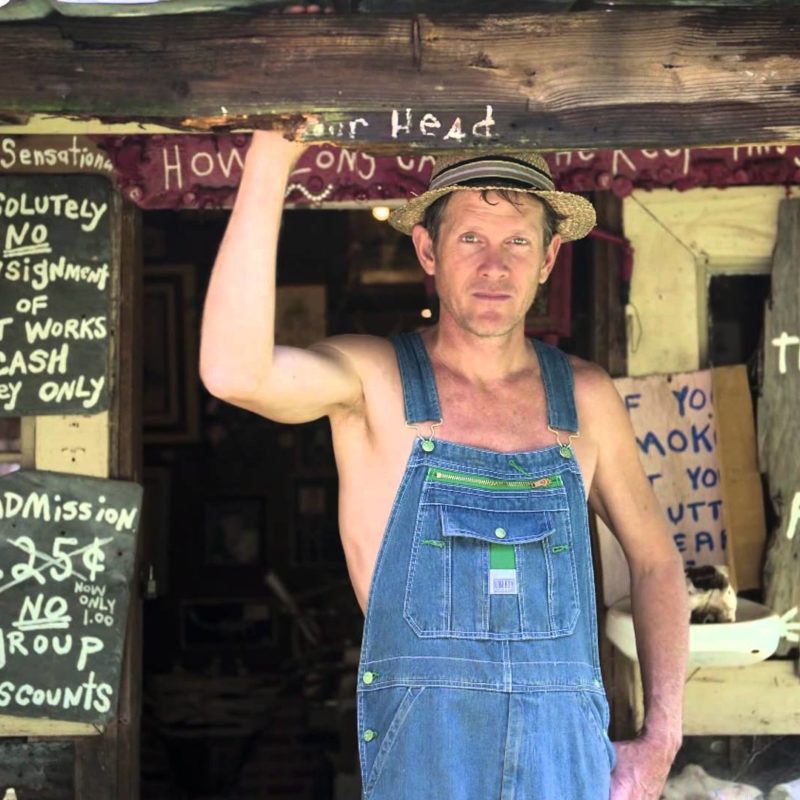 I came across your work when I was organising the first Museum of Curiosity exhibition, I was trying to think of title and wanted to use "Museum of Wonder', but when I searched you already had one. Then I saw your work and loved it, and you ended up being in the show. Since then you've become represented by Tiff at Black Rat. I fucking love your museum in Alabama, when did you start it?

Butch: I started my Museum of Wonder when I was 14, I found a dinosaur bone in the creek that was 65,000,000 years old and put it up on a old pedestal in my our old barn and folks started coming around to look at it. One thing led to another and now its full of weird stuff. 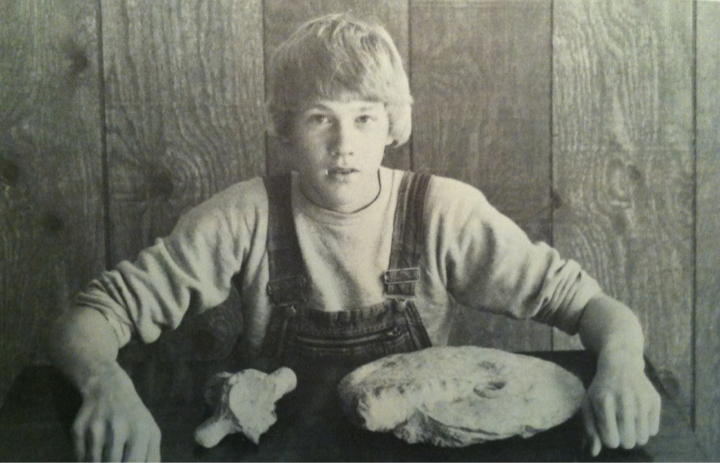 M: Where do you get all the ‘weird stuff’?

B: I find it in the woods mostly. But other people bring me things. I also stop at every yard sale and junk store I see while traveling. Once you are known for weird stuff it just comes to you.

M: I've always liked the story of how you became an artist. Can you tell me again?

B: In 1994 there was this dude that drove a tractor around Seale and plowed up peoples gardens. Mr John Henry Toney, so I hired him for 10 bucks to plow up my garden, when he was done plowing there was this big old turnip root stuck on the plow and when he pulled it off it looked like a man’s face . So he drew a picture of it and just as a joke I stuck it in the window of an old junk shop down the road and danged if someone didn’t come along the next day and liked it and bought it. So then I painted a painting of something and stuck it in the same window and the next day someone bought that one. We aint stopped since.

M: That's pretty much the best becoming an artist story I ever heard. You describe your work as Intertwangalism, what's it that?

B: A revolutionary new art form!

Well at least I think so. It’s digging into the guts of things and putting them back together as I see fit. When I was little, last year, I would mow yards for 5 bucks and spend the money buying model airplanes and never follow the instructions on the correct way to put them together. I would scramble them and put the wings on upside down and have the pilot sitting on the tail fin, stuff like that. So I try to do the same thing with art. Right now I’m selling shit so fast that I can’t work on the next level in my ism, so I’m fixing to build a gate to keep folks out. 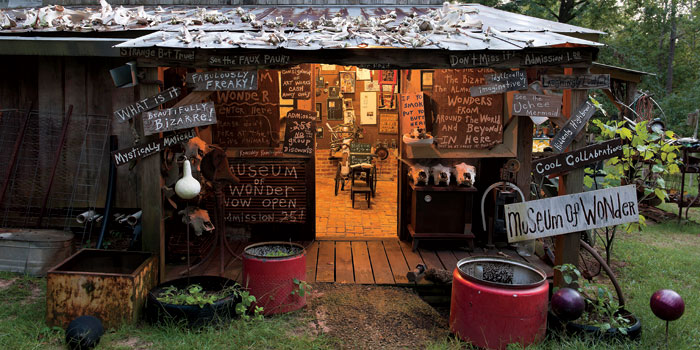 M: You're museum is pretty mental, like it's so full of all kinds of crazy shit that it's pretty chaotic, everywhere you look there is some weird thing to see. But your house is it's polar opposite, it's featured in the New York Times and is probably the most beautiful house I've ever been in. It's pretty minimalist. Can you tell us about it, and why it's so different than the museum?

B: My house used to be like the museum, stuff everywhere. Then I had a kid, and kids like to eat everything, like fossils and dried beetles, so I hauled everything in the house off to the possum trot auction and sold it. But stuff is starting to creep back in now.

M: This show is called Wondrous Obsessions and is about the desire to collect. You and I both collect stuff and are into dinosaurs etc. You took us out to find fossilised shark teeth and things in the creek last time we visited which was wicked. I like collecting because when you find a sharks tooth you are the first human being every to have seen it, and it's millions of years old which is mind bendingly amazing to me. Why do you collect stuff?

B: I collect stuff because when I was growing up in the early 1970’s everybody I knew had an Indian arrowhead collection. Back then you could walk down the rows in plowed fields and find all sorts of Indian stuff like pottery and beads and perfect arrowheads and spear points. We didn’t have video games back then, we all rambled in the woods all the time catching snakes and bugs and picking up fossils. Kids don’t do that anymore. Also everyone in Seale camped out on the creek and cooked on a wood fire in the summertime. We would just build little Indian huts we called them out of saplings and tree limbs and sleep on the ground. The whole town would show up and sit around the fire and eat and tell stories and drink beer. Bath right in the creek and catch fish. People don’t do these things anymore.

Butch Anthony in his studio

M: When you next in the UK?

B: When you invite me! I’m buying Leon Russell’s Cadillac next week, I traded him a painting and some cash for it. Can’t wait to show you what I’m about to do to it!!

Thank you Butch and Mike! We are very much looking forward to seeing what you have in-store for the show...