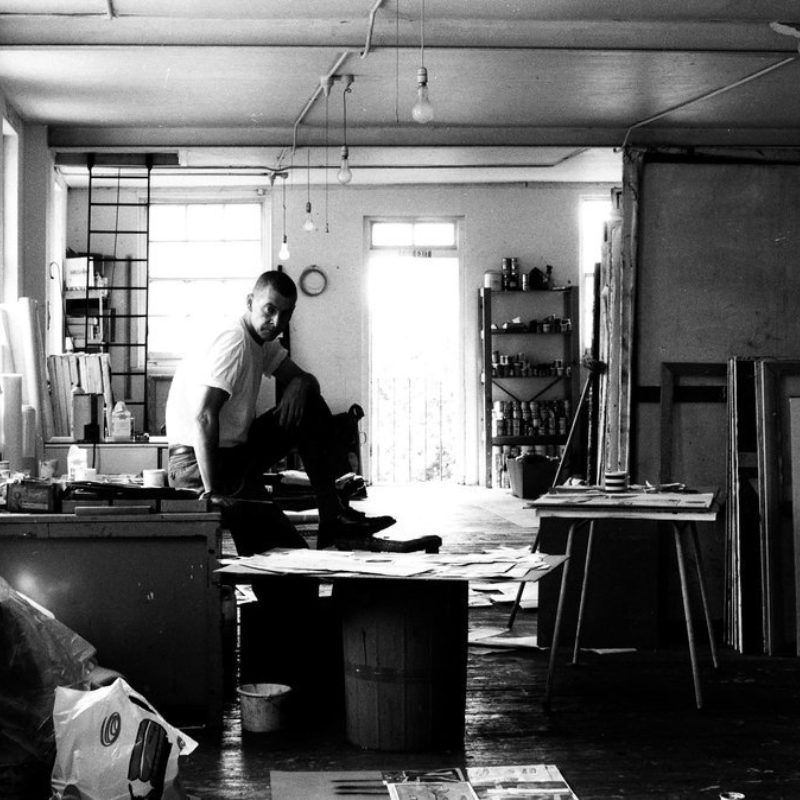 "I really want to make paintings that put some magic on the wall. Some of them are straightforward things. Some are wild things. But underneath, it says I love you".

David Spiller's work is instantly recognisable. Poppy, colourful and often including depictions of cartoon characters such as Mickey Mouse or Olive Oyl, they are uplifting, nostalgic and engaging.To these striking images, he often added another layer of intuitive freehand texts that included fragment of lyrics from his favourite songs. His paintings and editions thus create a powerful sense of connection between art, music, text, colour and memory. Spiller's own re-invention of the American Pop aesthetic was grounded in thoughtful use of colour and a keen eye for the lyrical phrases and comic book ephemera of popular culture.

Spiller was born in Dartford, Kent, in 1942. He drew all the time "as an escape. I had something that took me somewhere – somewhere I did not know. I just remember sitting drawing and no one shouted at me for doing it – so I had a bit of peace and quiet. I liked looking at illustrations in books and seeing if I could draw like that."Throughout his career he showed his work across Europe and the United States and his paintings are included in prestigious public and private collections throughout the world.

David Spiller at work in his London studio

Below are some examples of works by the late artist. Somewhere Over The Rainbow was released at the beginning of 2019. The publishers produced this with Spiller before he sadly passed away - This is the last limited edition signed by the artists.