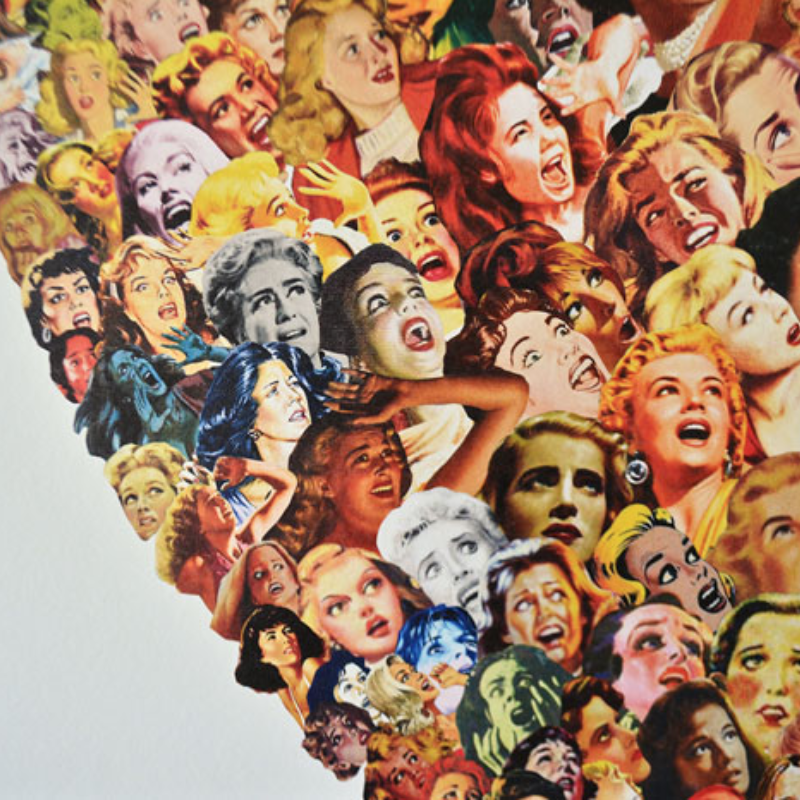 Greetings and welcome to Hang-Up! We are very excited to be working with you and your amazing collages. When was it you started to play around with collage?

I created an app called Sir Benfro’s Brilliant Balloon a few years back and that led on to me making a children’s picture book with Josh Weinstein of Simpsons/Futurama fame. Sir Benfro is a vector character in a world of collage. I plundered thousands of Victorian botanical illustrations to make the app and book come alive. That was an enormously enjoyable experience and I realised I’d found a discipline that I could run with.

What are the elements of collage that appealed to you the most?

Living in an era when the concept of recycling is key to anything approaching a sustainable future for our species, it feels apposite to re-use and repurpose existing imagery. I’ve listened to hip-hop most of my life and so that idea of making something fresh out of something old really chimes with me. Also, I love the two disciplines involved in collage – the research and the arrangement. It’s all hugely time-consuming and thus hugely absorbing. 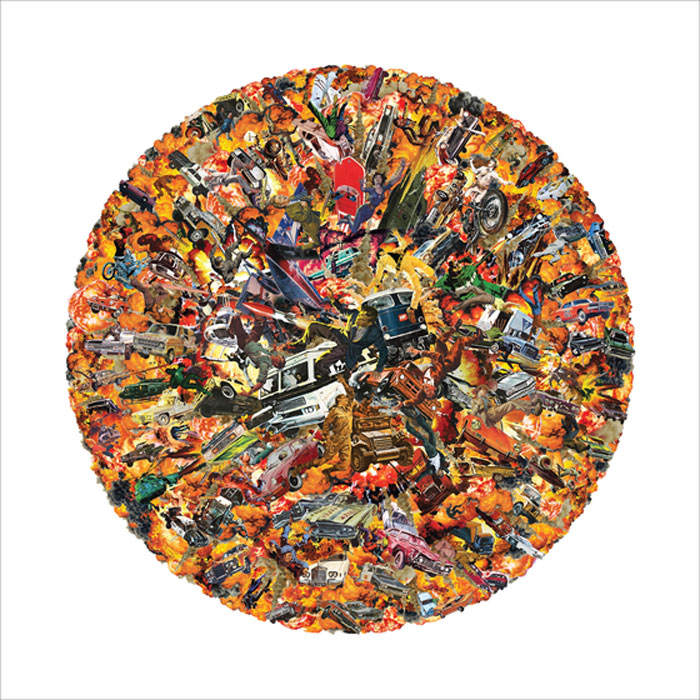 Each of your pieces are made up of lots of layering. How long on average does it take you to complete one work?

Digging up the images from the internet for one piece probably takes 6 or 7 days. Arranging all the elements takes about the same amount of time.

The imagery in your Hollywood series have clearly been taken from a large number of films but are there any in particular that have influenced you the most?

There are many films that I love. None of those have influenced me directly in creating the Hollywood series. The idea was to reduce big budget Hollywood movies to the fundamentals - guns, explosions and women in peril. I can’t claim to be immune to the attraction of those kind of movies. I’m just interested in our appetite and fascination for cinematic violence and what it says about us. 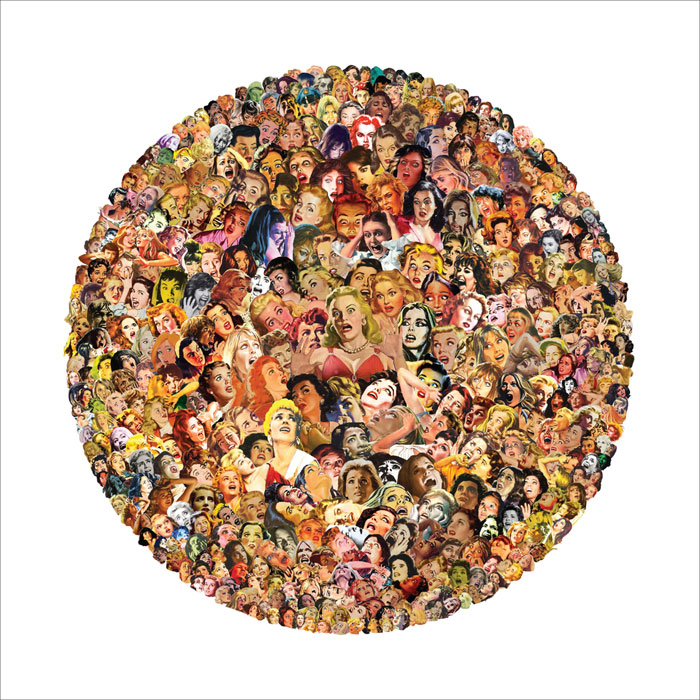 So what have been your other primary influences?

Well, I’m a big fan of the documentaries made by Adam Curtis. He’s a brilliant collagist, using disparate sounds and images to make intriguing political thesis. You may not buy into his every theory but most of the time you have to admire how he got there. You can see most of his work on a website called thoughtmaybe.com That’s been incredibly influential as it’s filled with excellent films on so many topics. There’s a German film, Our Daily Bread, which depicts the world of industrial food production and farming. There’s no narration and no music, just the ambient sounds of these monumental and surreal spaces built for agriculture and meat production on an epic scale. It’s basically terrifying.

Without giving away any secret spots, where do you source most of your material from?

There are some secret spots! But spend a few days on Pinterest following the links and you’ll end up in some very strange places. 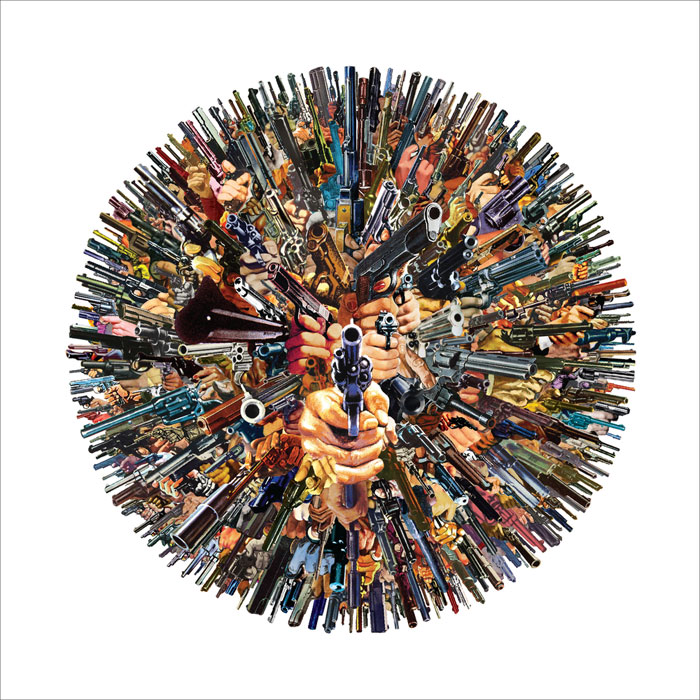 Which of your works is your personal favourite?

Of the collage, I like Hollywood PT III, After The Flood and Drop-Off the best. I’m also very attached to Oh My Days, the chicken in the hoodie. It’s a funny object but it also has a narrative behind it that’s close to my heart.

Finally what other themes can we expect to see from you in the future?

I’ll be delving deeper into the things that interest me. Our shortcomings as a species, religion, violence, greed, treachery and cupcakes* 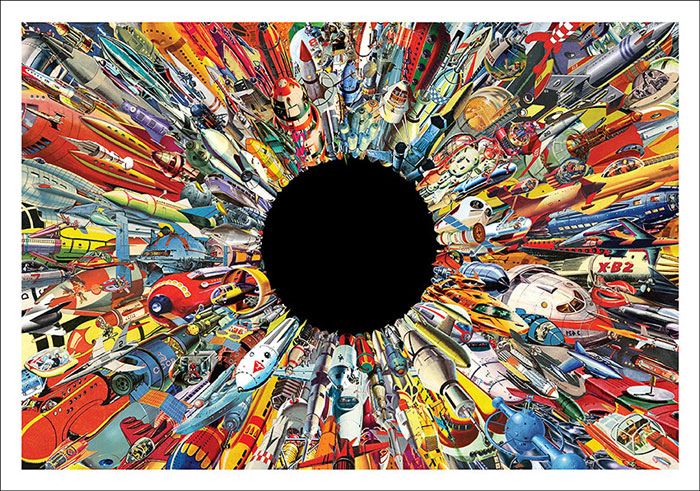 Getting The Fuck Out Of Dodge - Giclee print on 300gsm acid-free minuet paper with a hand-pulled screen printed iridescent spot varnish on top. 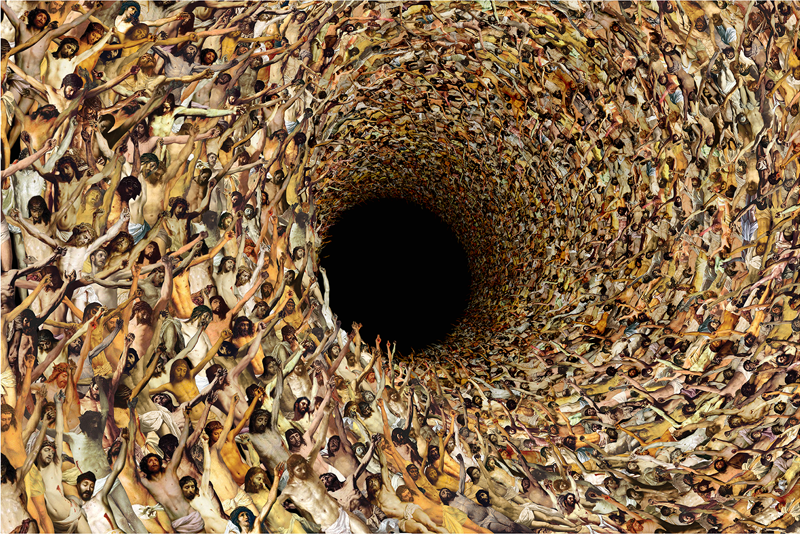