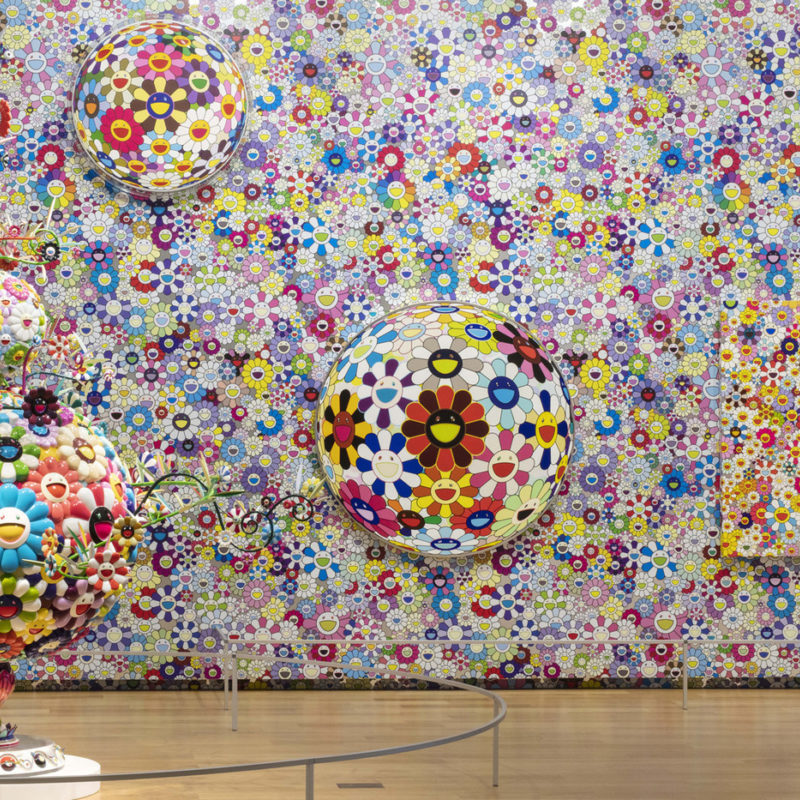 Takashi Murakami no longer needs introduction. He has had a successful career for over a decade and continues to grow in the mainstream. With his largest exhibition to date opening in Asia this month, it's the ideal time to look at the artists's legacy and offer you some of our rare editions…

Takashi Murakami has been keeping busy...

With his star in the art and commercial world continuing to rise, Murakami launches yet another massive show this month, this time in Shanghai's Perrotin Gallery. It's about time we look at what the artist has been up to recently and present some of our rare editions. 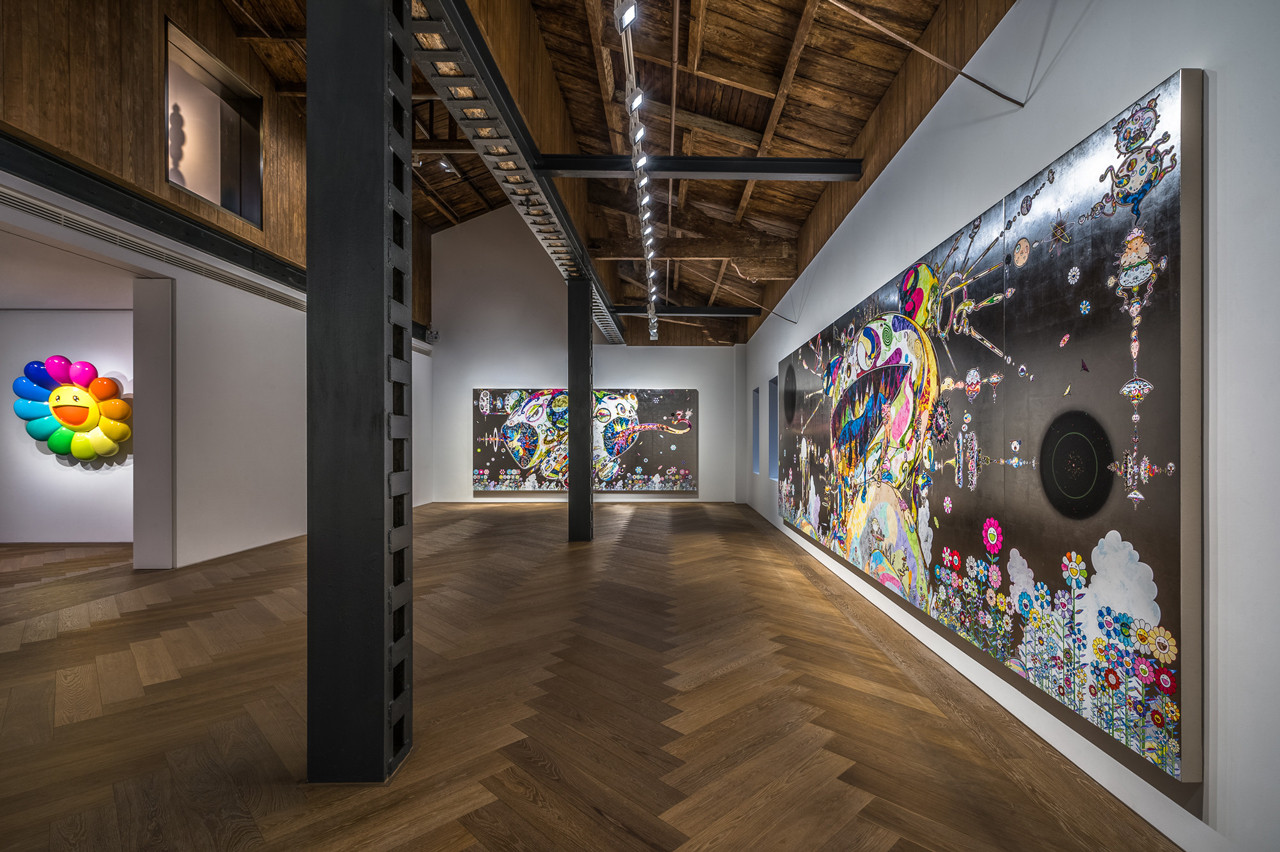 The show, titled Takashi Murakami In Wonderland, features large and smaller scale works by the artist with his various animated characters, smiling flowers, bears, lions and - of course - DOB all present. These figures , beyond their colourful and 'superflat' aesthetic, act as icons and symbols of more complex themes of violence, technology, and fantasy present in the artist's work. 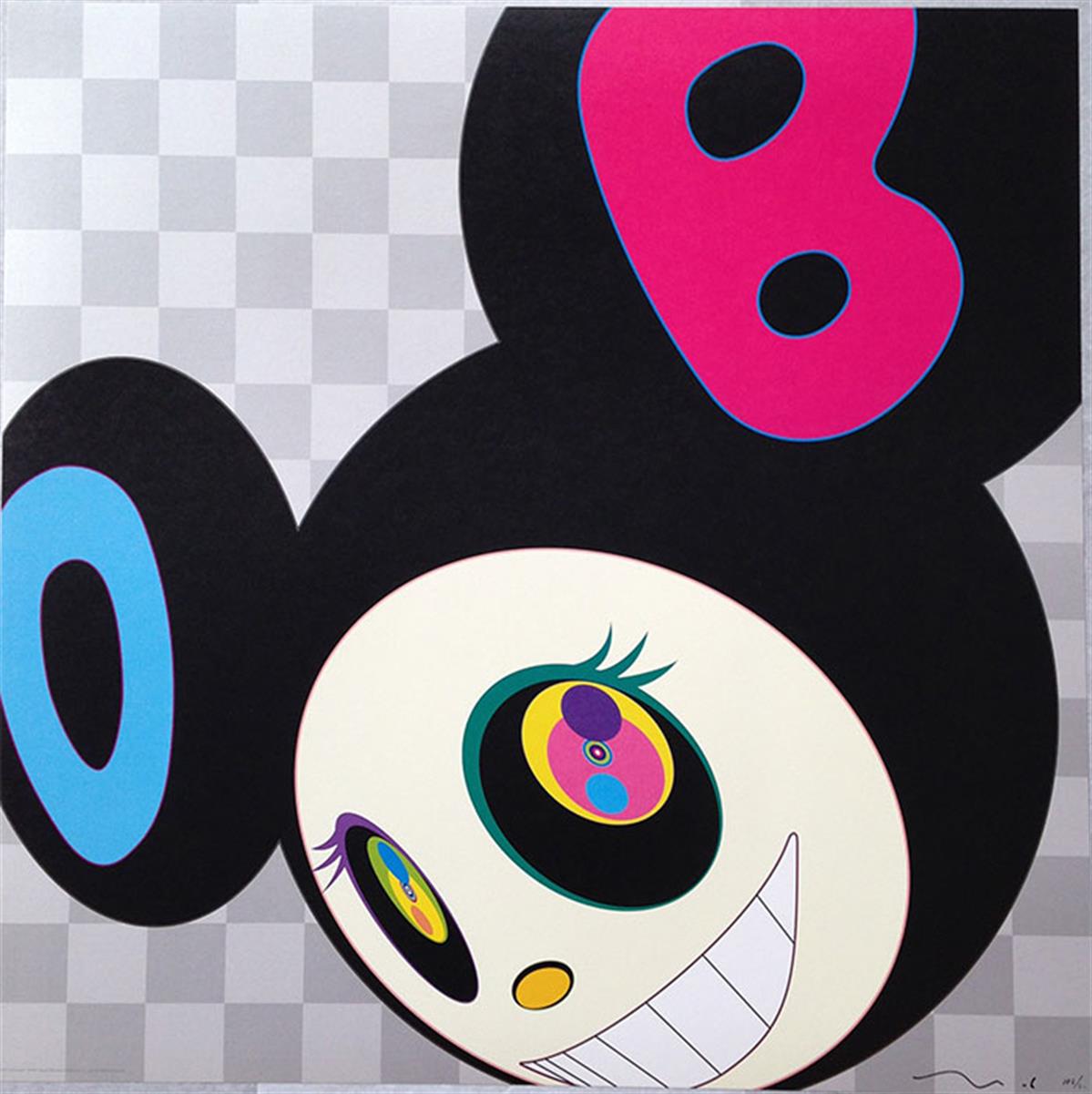 And Then Black featuring Dob - Murakami's signature character who appears in many of his works, often changing form and colours. 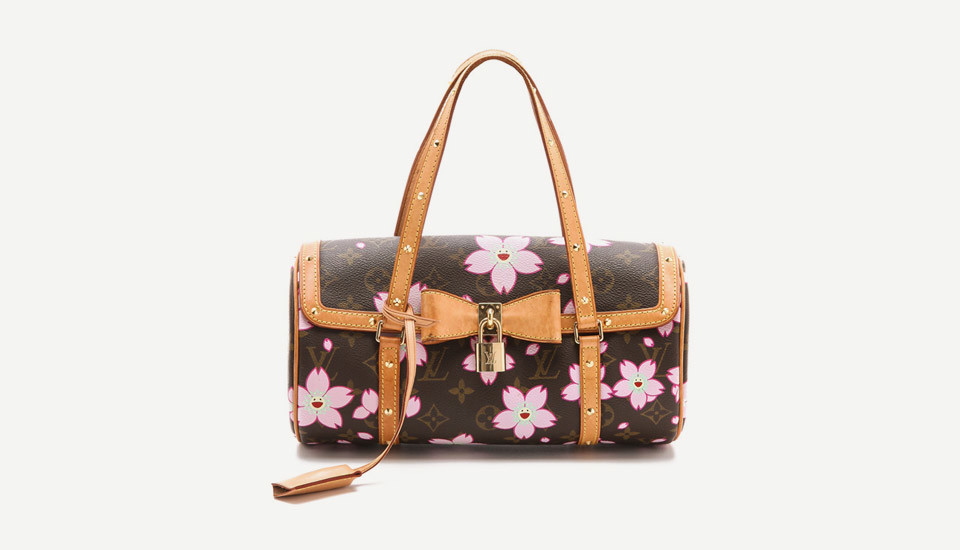 Often compared to Andy Warhol, Murakami is known for blurring the lines between the 'High Art' and commercial worlds.

In 2002, he began a long-standing collaboration with Marc Jacobs on the redesign of the Louis Vuitton monogram. He then produced artworks incorporating the brand's monograms and patterns, a radical step not many artists would take. 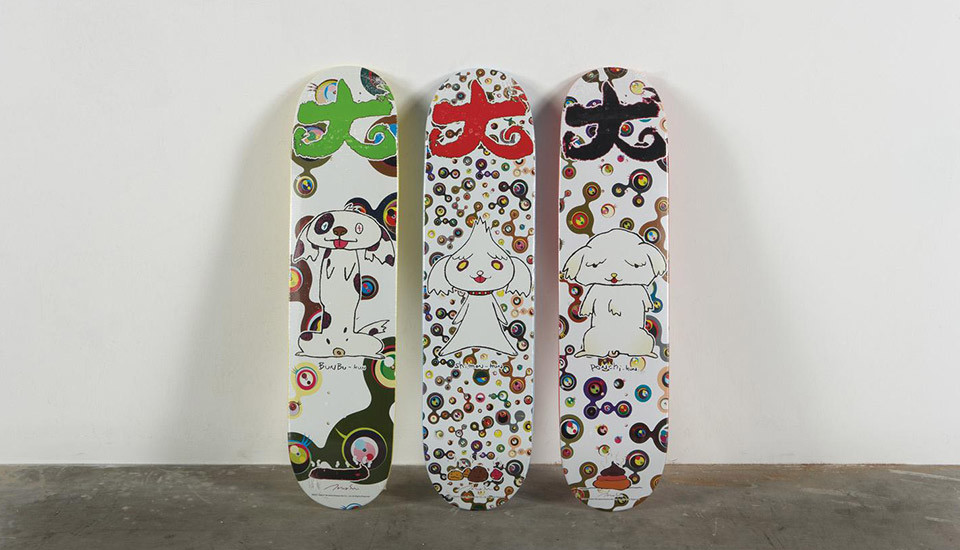 “Japanese people accept that art and commerce will be blended; and in fact, they are surprised by the rigid and pretentious Western hierarchy of “high art’” the artist continues: “In the West, it certainly is dangerous to blend the two because people will throw all sorts of stones. But that’s okay—I’m ready with my hard hat.”

Despite Murakami’s work towards this fusion of art and commerce, focusing only on the commercial aspect of his work would be missing the point. The artist earned a BA, MFA, and PhD from Tokyo University of the Arts where he studied ‘nihonga', a form of traditional Japanese painting.
Murakami is celebrated for combining elements of Japanese history and artistic tradition, contemporary fine art, fantasy and pop culture into his work. Drawing from all these sources of inspiration, Murakami creates pieces populated by repetitive symbols, motifs and characters. 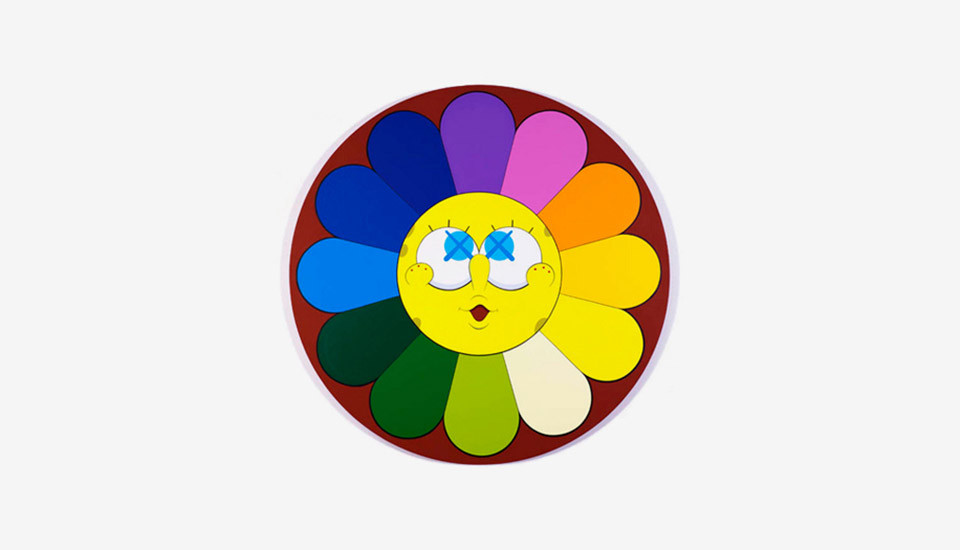 Collaboration with KAWS (one of the artists whose work you could win through our Christmas Lucky dip competition!)

Take a Look at Our Rare Murakami Editions... 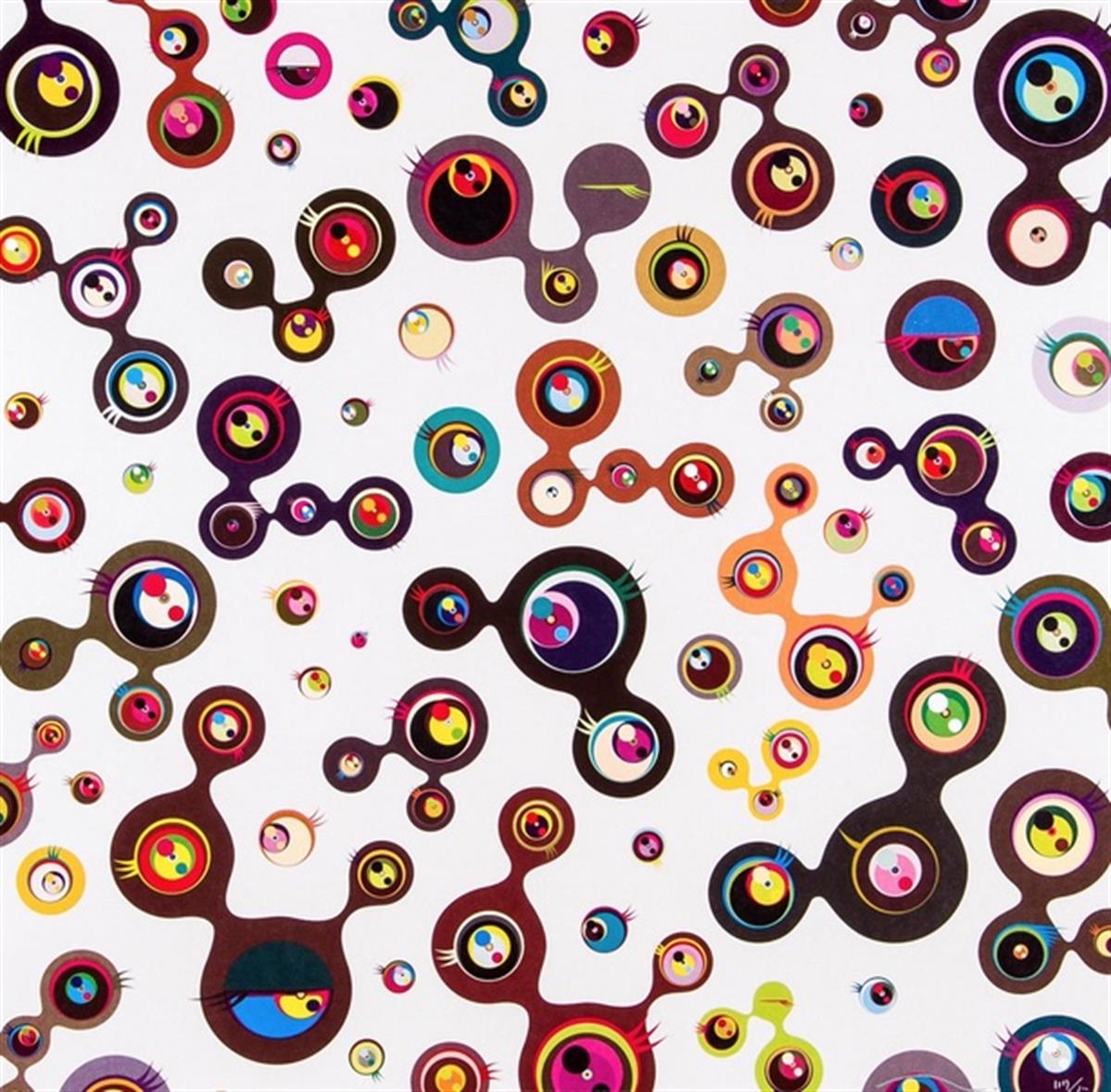 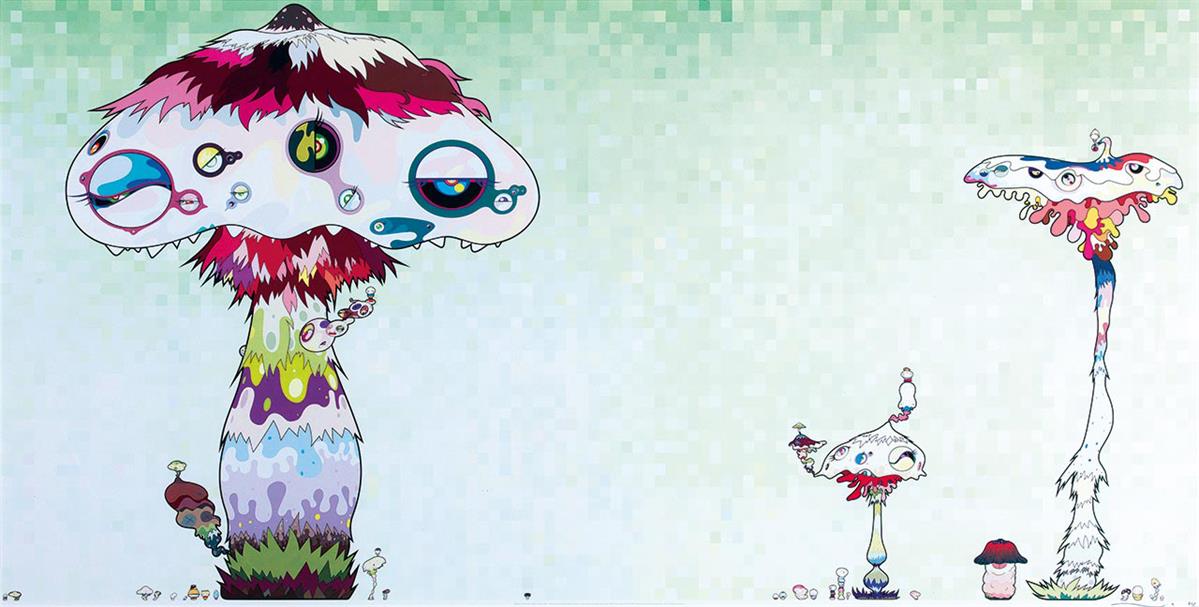 Hypha Will Cover The World Little By Little 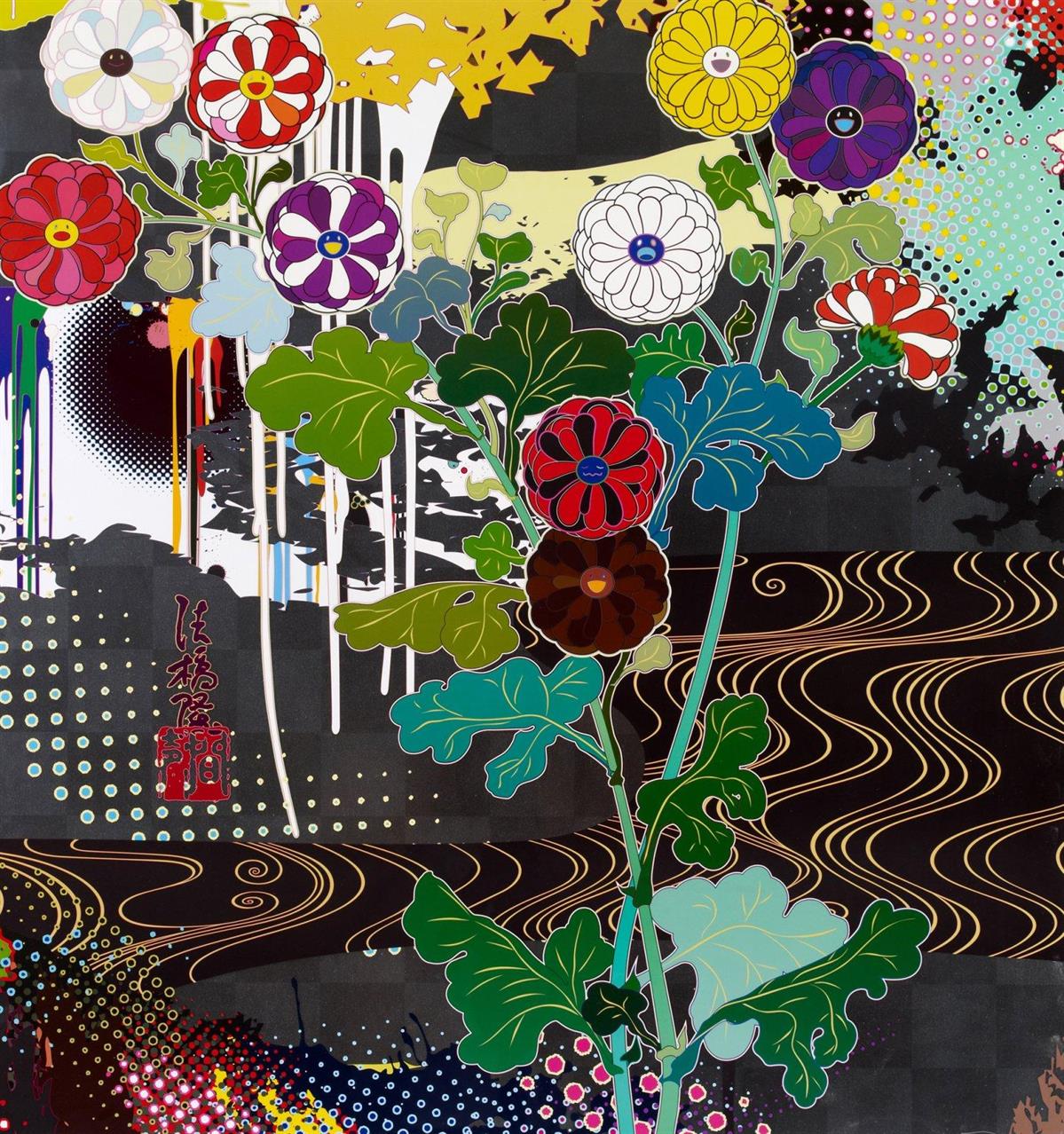 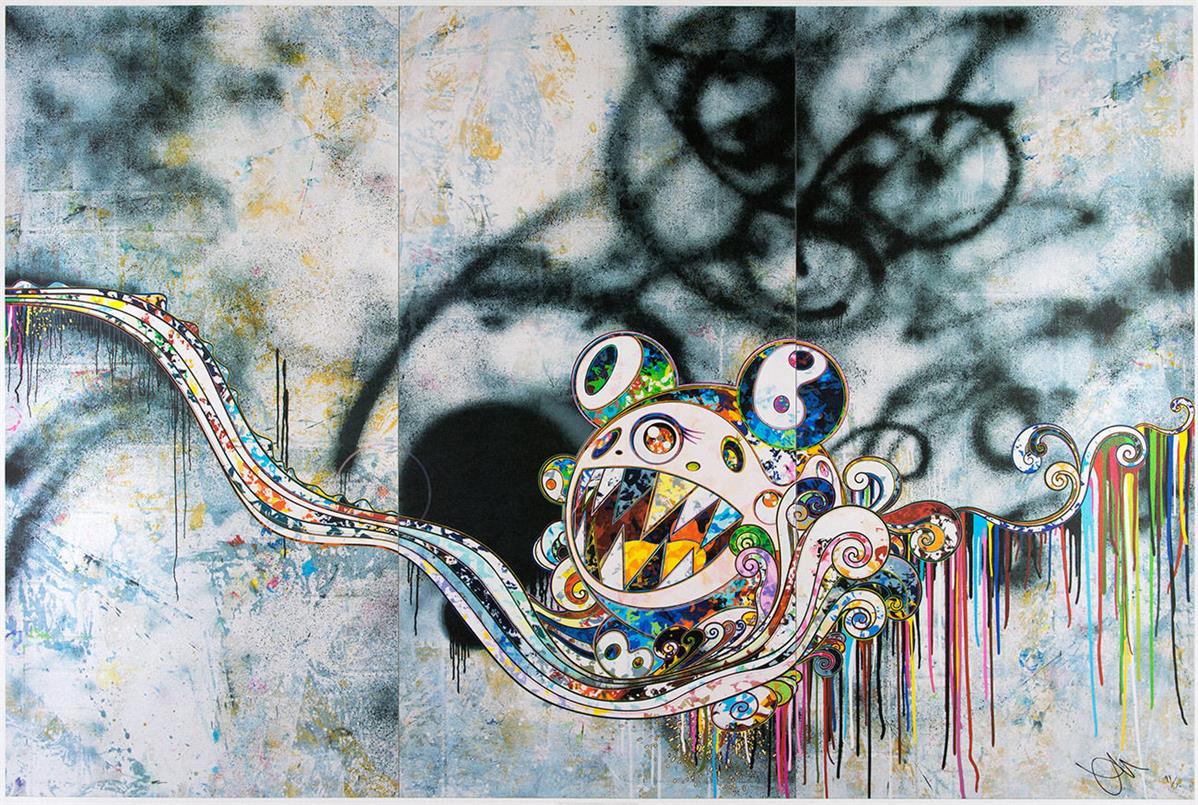 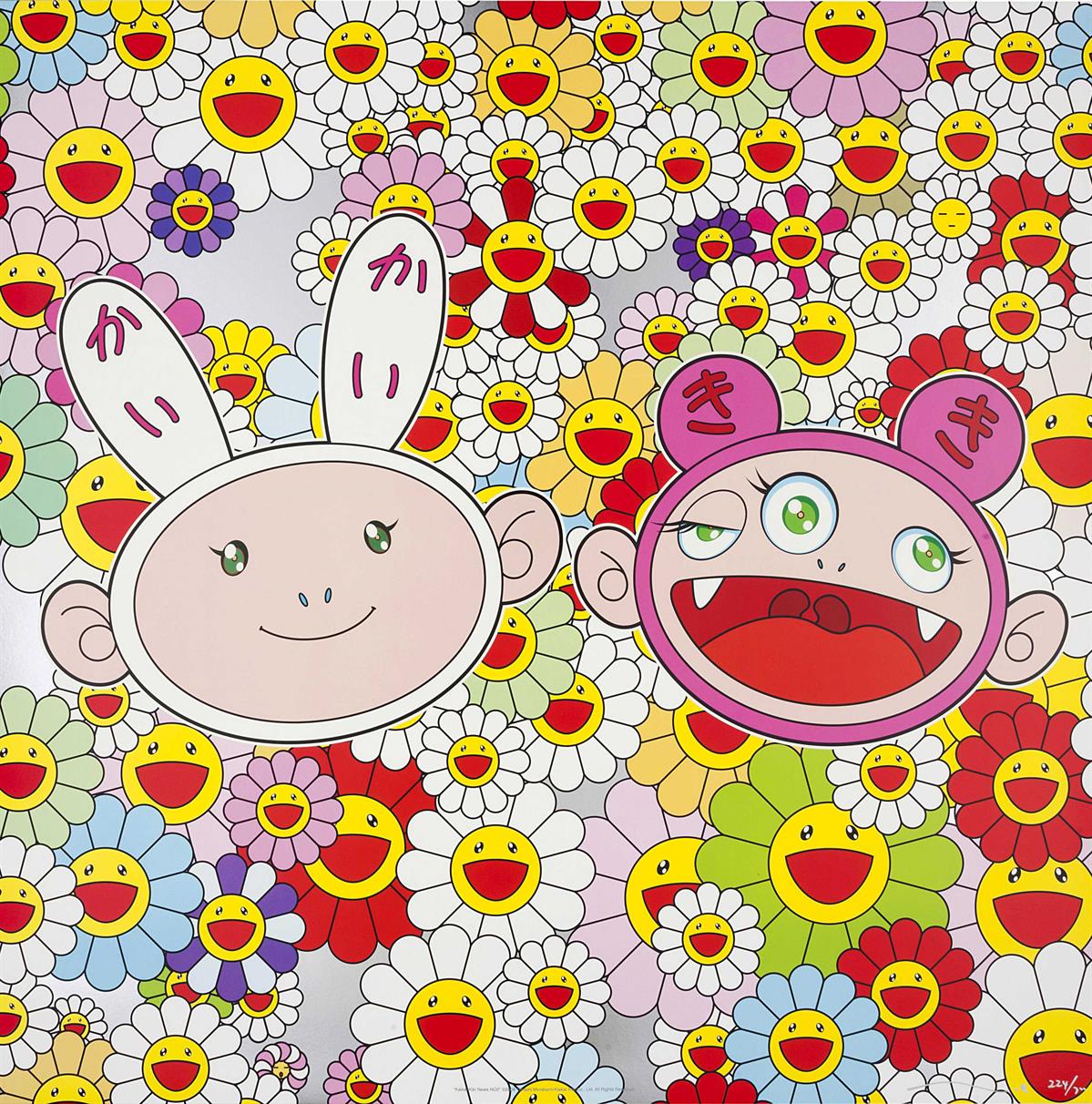 Thank you for reading this week's blog. For all available works by Murakami you can click here. As always don't hesitate to get in contact for details and be sure to check out our lucky dip competition launching this weekend! 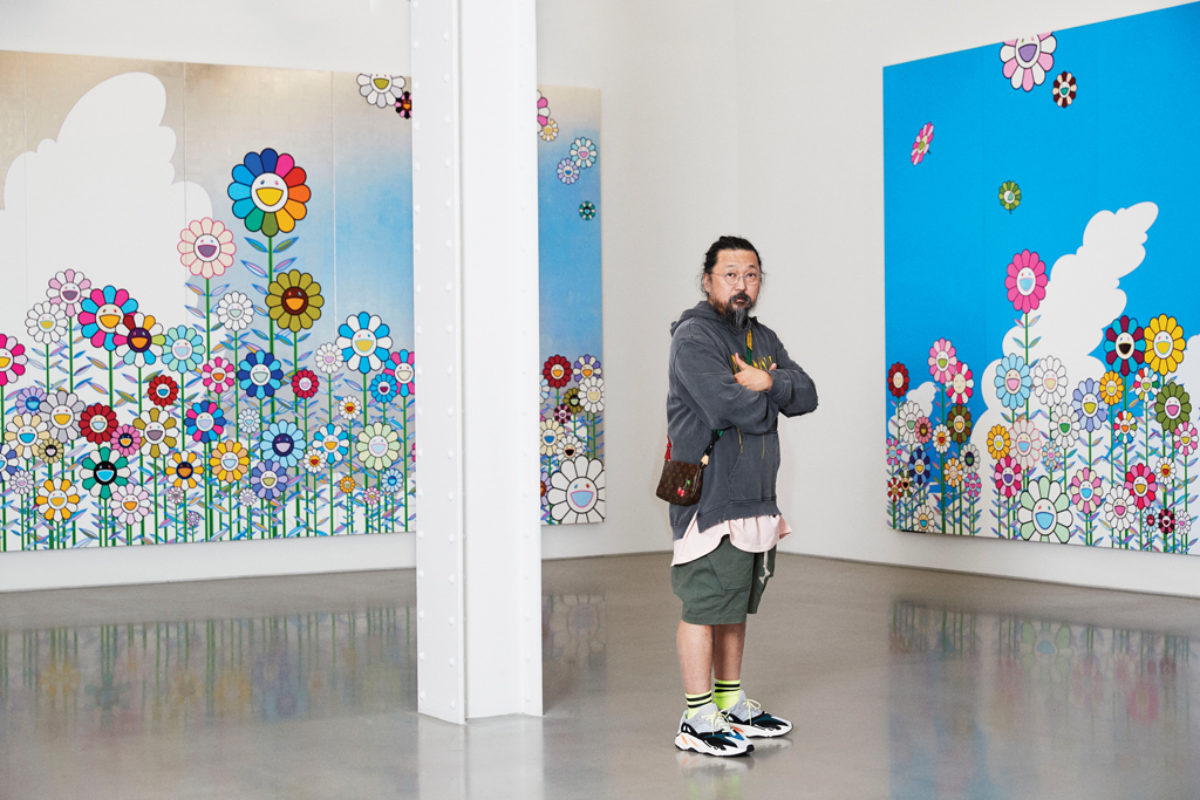 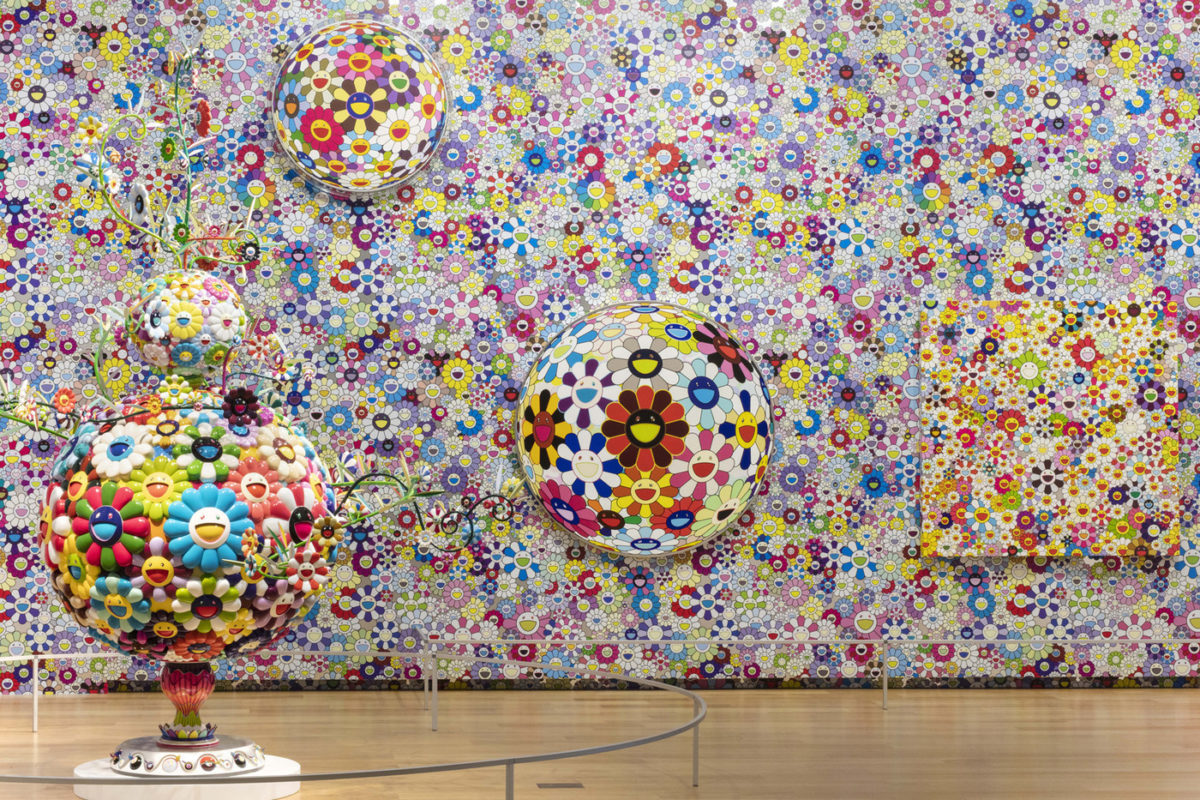