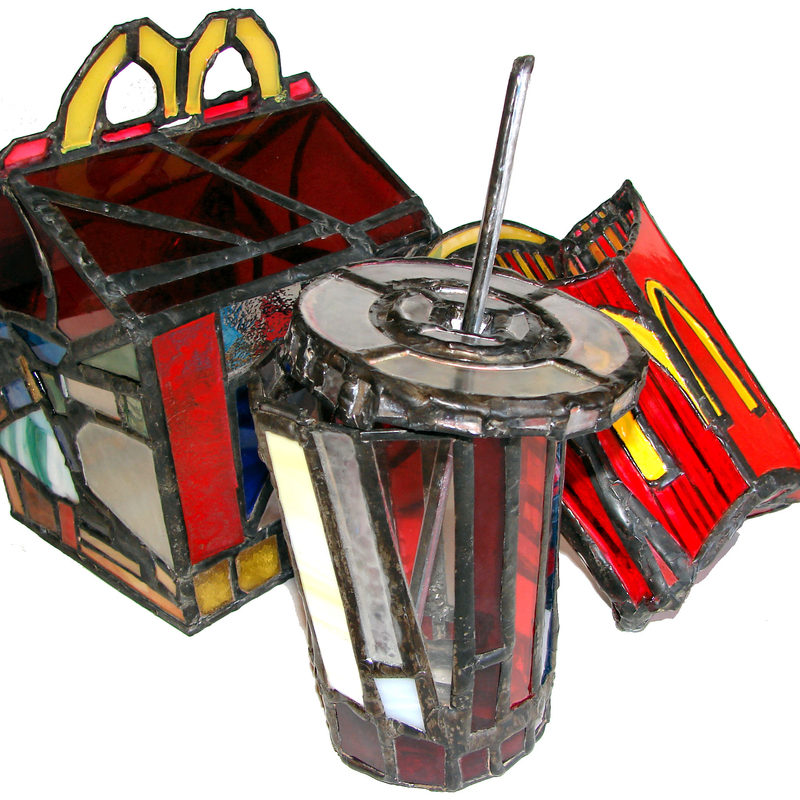 M: Hey Laura.
So...I've been into your work since Forgotten Something!? in 2007. It was kind of a perfect piece. Smart and funny and incisive and lots of other great things. Since then I've checked in from time to time to see what you've been up to and I'm always impressed. You do a huge variety of different things but there is something that they all share. It's a bit hard to describe but it's like they make you do a double take, and create a strange little pin prick in your everyday perception of the world. It reminds me in some way of curiosities, like if you hold a meteorite and really stop for a moment to think it comes from outer space, it's mind fucking. Do you see a connection between your own work and the idea of cabinets of curiosity and Wunderkammer? 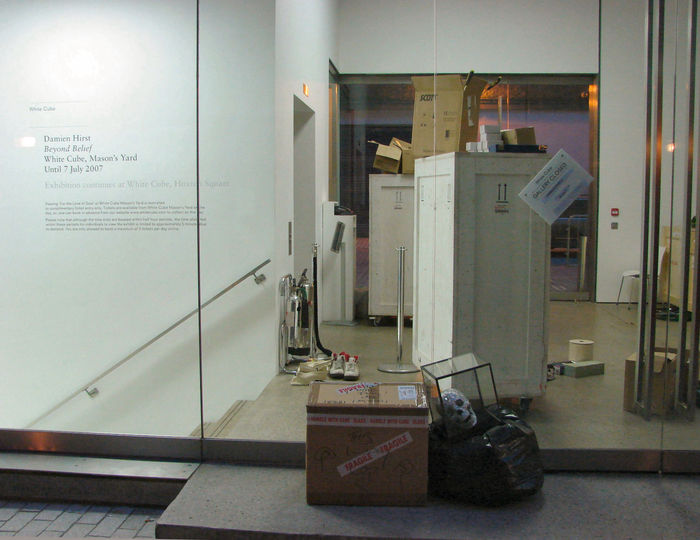 L: Thank you for that, Forgotten something?! was interesting as it was my first real experience of how the public reaction to a work is important to me. It wasn't about receiving validation for the piece (although that's nice), but being aware of response. It highlighted the interest I have in work being a conversation between itself and the viewer. I realised that as I want to draw attention to things, I also want it to be subtle. A slight change in what normally exists has far more impact than a loud 'all guns blazing' statement. Sometimes, with art outside of a gallery, there is a danger of the viewer's first impression being " what are they selling?" I want to mess with that.

I like the idea of creating a space where someone can walk away from seeing a piece I've made that jars with their everyday and think 'what the fuck?'

I'm attracted to the idea of the viewer not knowing which elements of an intervention are real, and which fake. When I create a work there is always a imagined narrative - a story that the 'piece' is part of. The work is then a physical manifestation of that story. For example, with Forgotten something?! I used the original narrative of the Damien Hirst exhibition of his diamond skull For the love of God, and added my own 'what if' element. Anyone experiencing that work was invited to share in my imagined story. 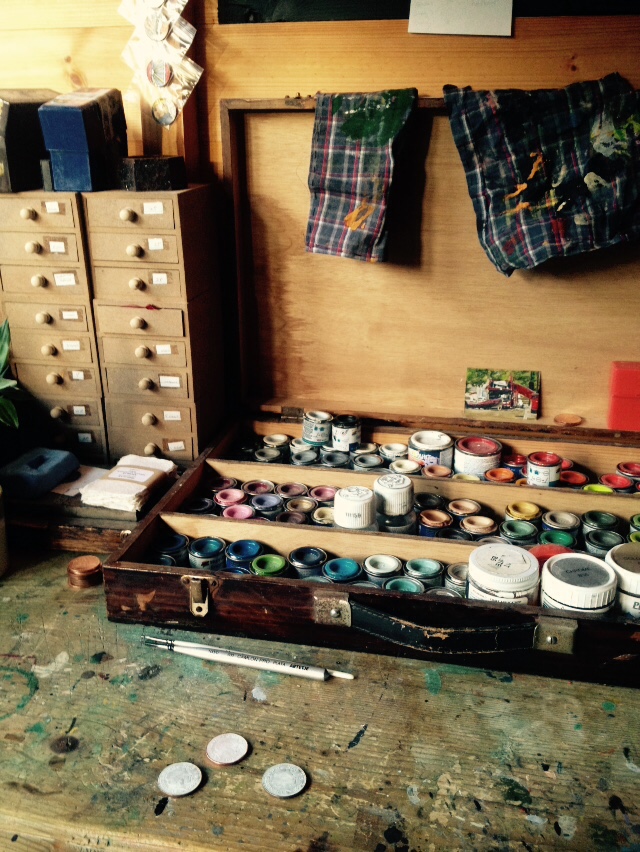 
The cabinet of curiosities theme is intriguing. I'm interested in what makes an object 'magical'. It appears to need a story, and through this story we value the object much more. It becomes sacred. If we have a physical manifestation of a mythical story, the story itself becomes more 'real'. It's as if energy of the story is somehow embedded in the object. With art I wonder if this is also true. If the artist's energy is embedded in the object, and if this is sometimes behind the desire to collect.

M: I understand you're making works specifically for Wondrous Obsessions. It's always exciting when an artist creates something with a specific theme or exhibition in mind. Could you talk a little bit about what your planning for the show?

L: I have really enjoyed researching the concept of 'Wondrous Obsessions', it has allowed me to further understand what it is that I do. I'm constantly investigating my own thought processes and the connections that come from the subjects I am interested in. More often than not, connections exist that I've not been completely aware of and I experience an almost Eureka moment when I become aware of them. Studying 'wondrous obsessions' has provided that gateway for me.

I work from the idea that the medium is the message. So with that in mind there will be a variety of media for the show. The initial idea was to combine a historical and current socially aware narrative using traditional materials and found objects. 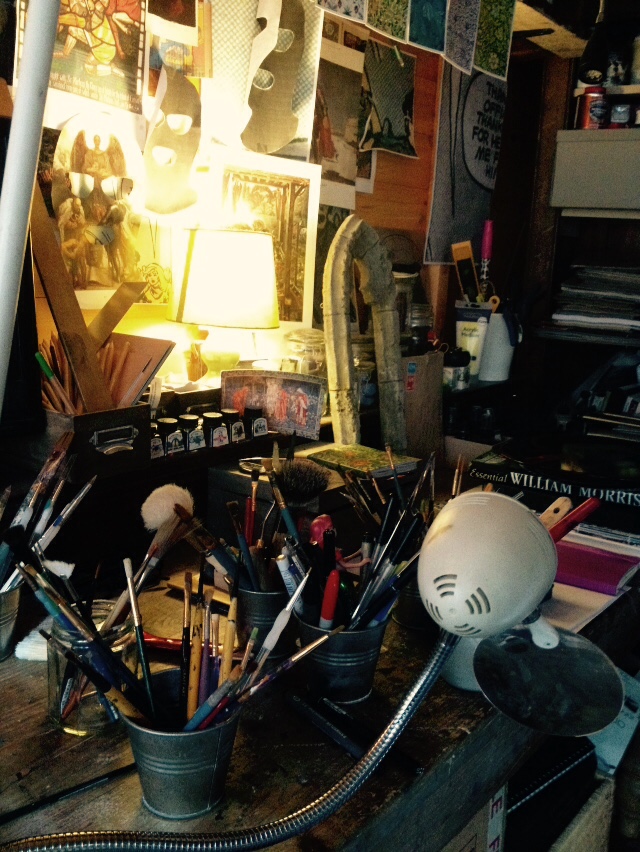 I've created new glass work using antique stained glass that was reclaimed from religious imagery used in church Windows. I like how this glass is viewed as somehow possessing sacred properties. I've utilised traditional woodcarving elements, medal making, icon painting and heraldic design.
The cabinet of curiosities of the Victorian era would often reflect religious or sacred iconography and I really wanted to explore this aspect further particularly with my current study of William Morris and the pre-Raphaelite brotherhood, who used narrative and storytelling within their creative endeavours, the awareness of a class system and the idea of socialism. 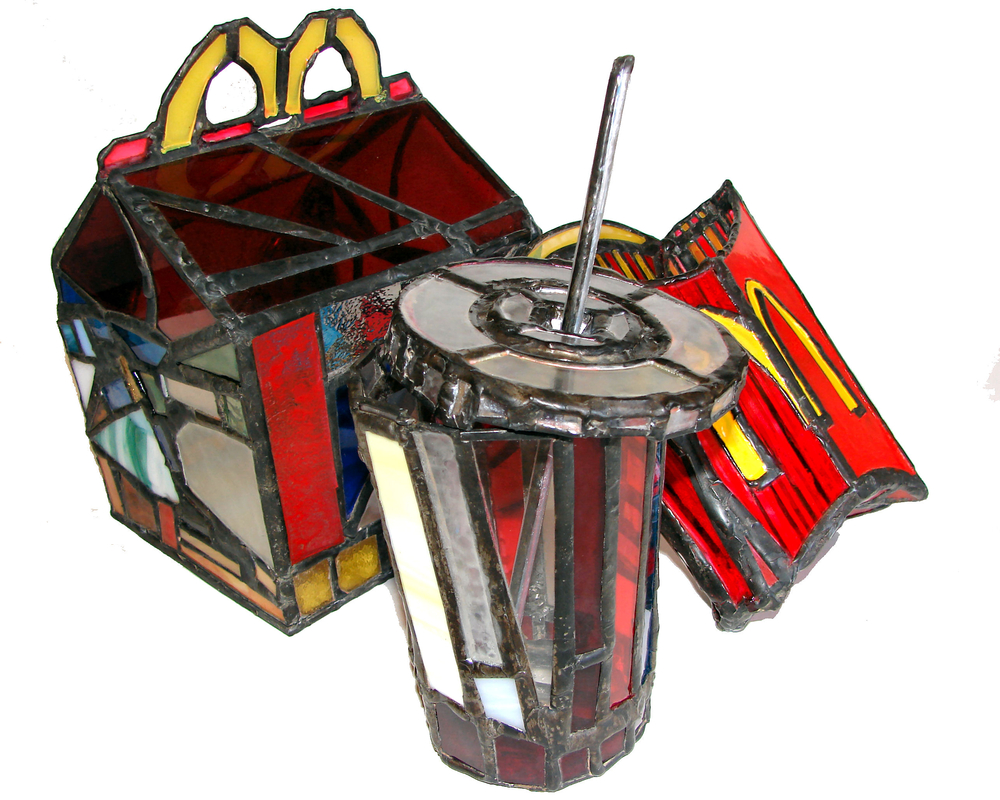 M: I love your glass works and I excited to see the new ones you're making for Wondrous Obsessions. The exhibition is about the art and obsession of collecting. You mentioned that in many ways collecting is more about collecting stories than objects, with the objects merely representing the stories they're a part of. I really love this way of viewing collecting and it's exactly why I collect things. Do you have any things that you collect yourself?

L: I have three collections that are basically hang-ups from my childhood. I collect geological minerals ( gemstones and crystals) - I loved that they potentially possessed a magical property let alone looked beautiful and were so exotic, when I was younger my parents would take me to a shop in Broadstairs on our family holiday and I was allowed to choose a geode to be cut in half. You never knew what would be inside. 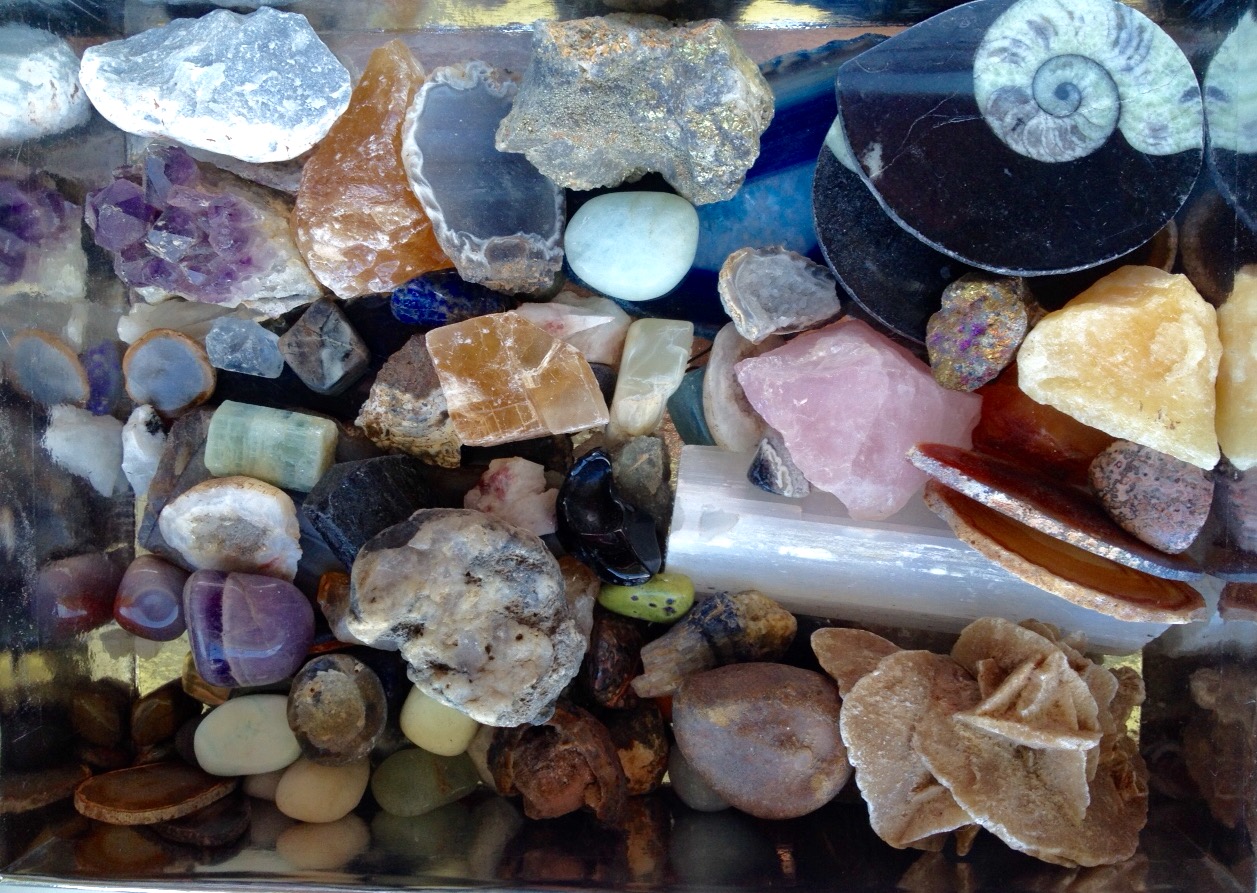 Vintage Wonder Woman Memorabilia - I thought Wonder Woman was absolutely empowering and kick- ass and I wanted a 'lasso of truth' a tiara and bulletproof cuffs, which all doubled as amazing in their appearance and had magical properties of their own and the original 'Story teller' magazines that were released in the 1980's with a cassette tape to listen to the stories within the magazine. These were released fortnightly and my Aunt Norah would buy them for me if I were lucky.


Weirdly I hadn't made the connection before answering this question that the collections I have are completely about magical properties and narratives. 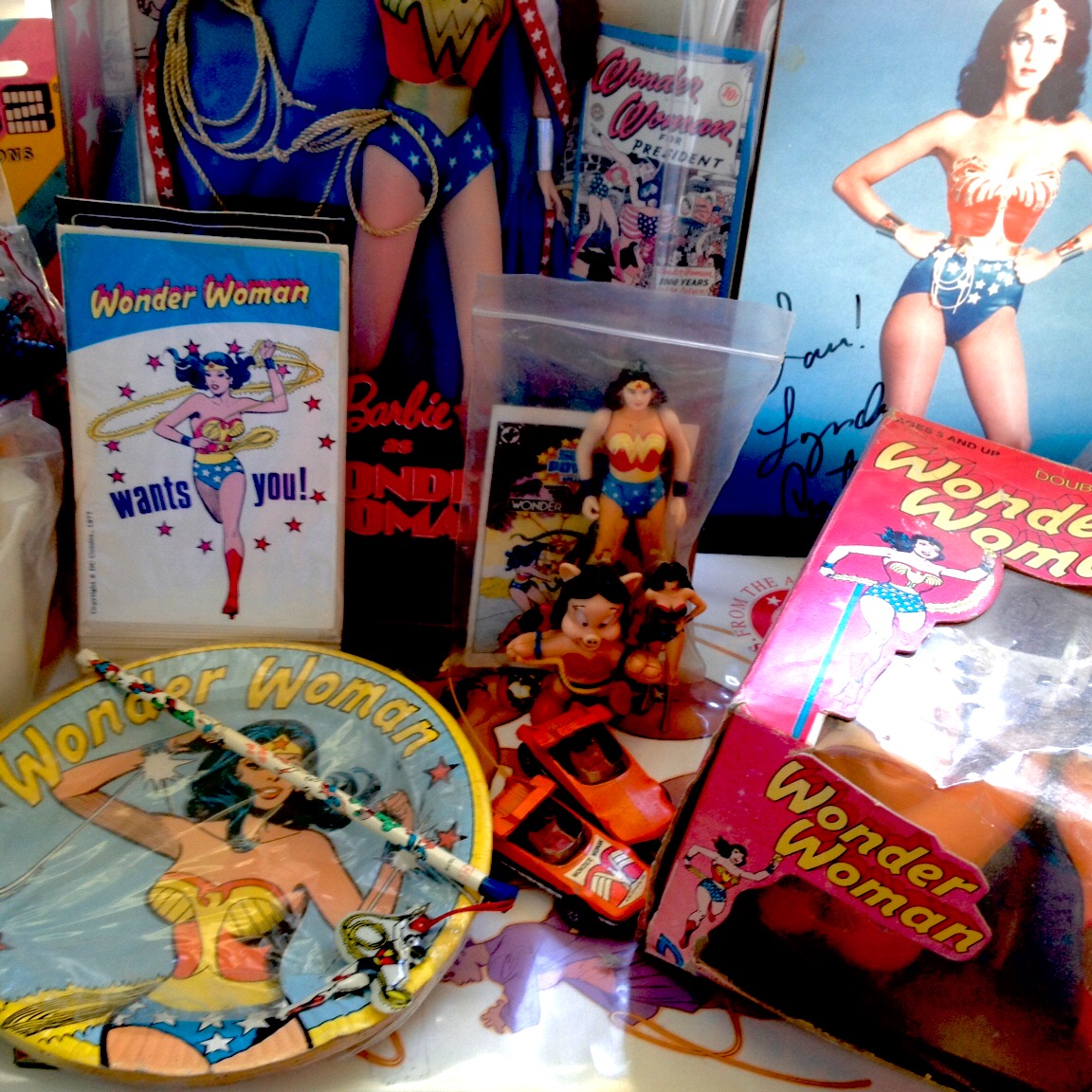 M: This is the first time we've done a project together, will you be around for the install and the opening?

L: Yes of course, It will be lovely to meet you finally :)

C: Hey Joe - It's been a while...
So - The Connor Brothers have selected you amongst ten other artists to display a selection of new works in their upcoming curated show ‘Wondrous Obsessions: The Art of Collecting’. What were your initial thoughts on being asked to participate, as well as the group of artists that have been selected for the show?
J: Initial thoughts.. elation, panic, fear. Not really, well maybe a bit. It’s really nice to be asked but I always worry about coming up with something on the spot. Then again I’d probably feel an overwhelming sense of rejection and massive disappointment if I wasn’t invited. Maybe I should just chill out a bit.
C: You were given a specific brief to work towards for the exhibition - Can you expand on the new work you are currently making?
J: I started looking at how I could introduce modern imagery into Victorian classical paintings…there’s a famous classical painting called 'The Reading Girl' where she sits there naked reading a book. I replaced the book with an iPad and found the whole image became twisted. It then looked like she was so absorbed by the iPad she couldn’t even be bothered to get up and get dressed.

I also bastardized a found antique painting of a ship sailing…in front of the ship I’ve painted a life boat carrying refugees. It’s a way of showing past and present situations. Also there’s something satisfying about vandalizing a romanticized painting of a ship that was ‘discovering’ new lands, the refugees are looking for new, safer lands as well but the circumstances are very different.

C: I’m really excited by the new ideas - I’m a big fan of your works that have a humorous take on the harder hitting topics. Is this new direction something you will continue to explore?

J: Yeah the more messed up the world becomes the more I feel obliged to reflect this in the work.

C: What does the idea of ‘Wondrous Obsessions’ mean to you? Do you have any ‘wondrous obsessions’…? (apart from dusty old book stores - thats a given)
J: I guess just the angle of finding old imagery, collecting it obsessively, storing it, filing it away, labelling it... then finding ways to edit and reinvent the images to make them relevant to todays world.

C: You recently took part in a public arts project called ‘Brandalism’, whereby 600 artworks were erected in public spaces around Paris in protest to the climate change conference that was taking place. The Connor Brothers also took part. How do you feel about using art as a means for political speech?
J: Yeah it was a good experience. I’ve never been a street art guy, but the streets do seem a natural place to display this sort of work.

C: There’s been talk of collaboration with The Connor Brothers for a little while now. And future projects in mind?
J: I hope so, we just need to find the right ideas that work for us. I’ll ask them when I see them next!
C: Will we be seeing you at the opening and will you be donning your fedora..?
J: I will be going. My attire will be sensible and practical for the weather conditions on the day.

C: I look forward to it 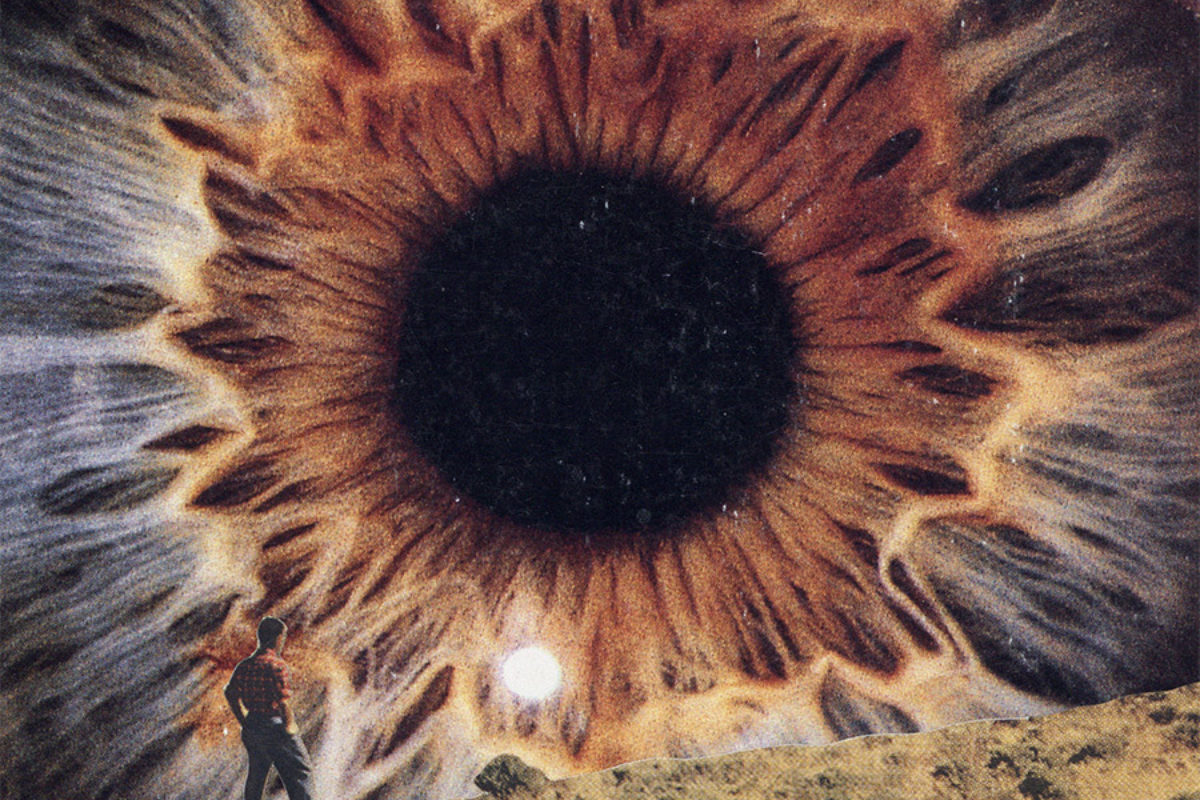 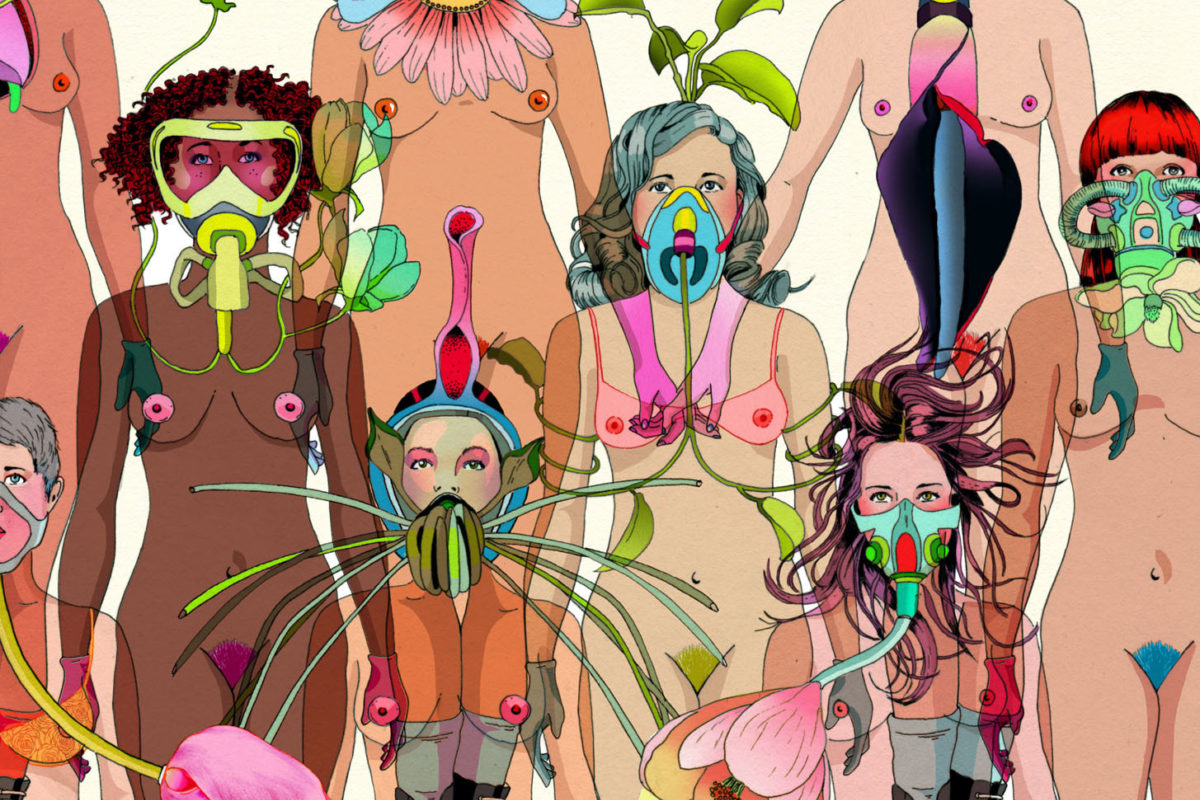 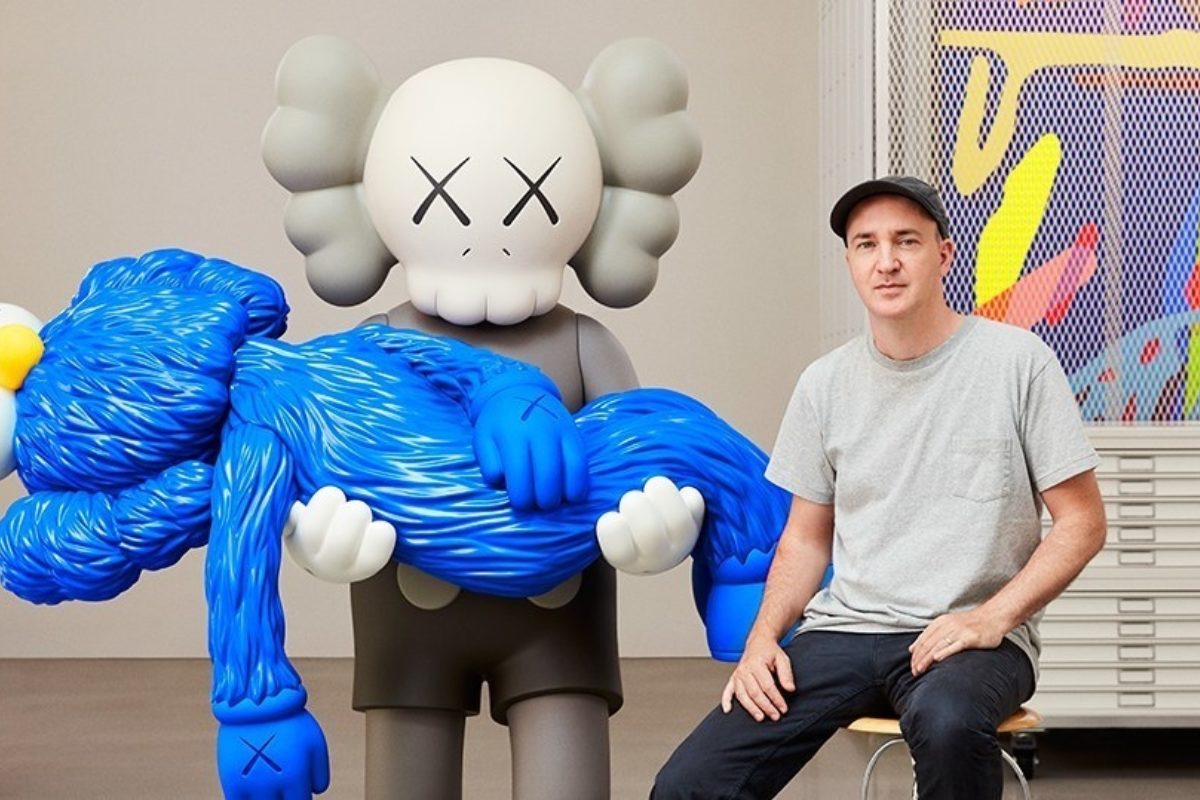 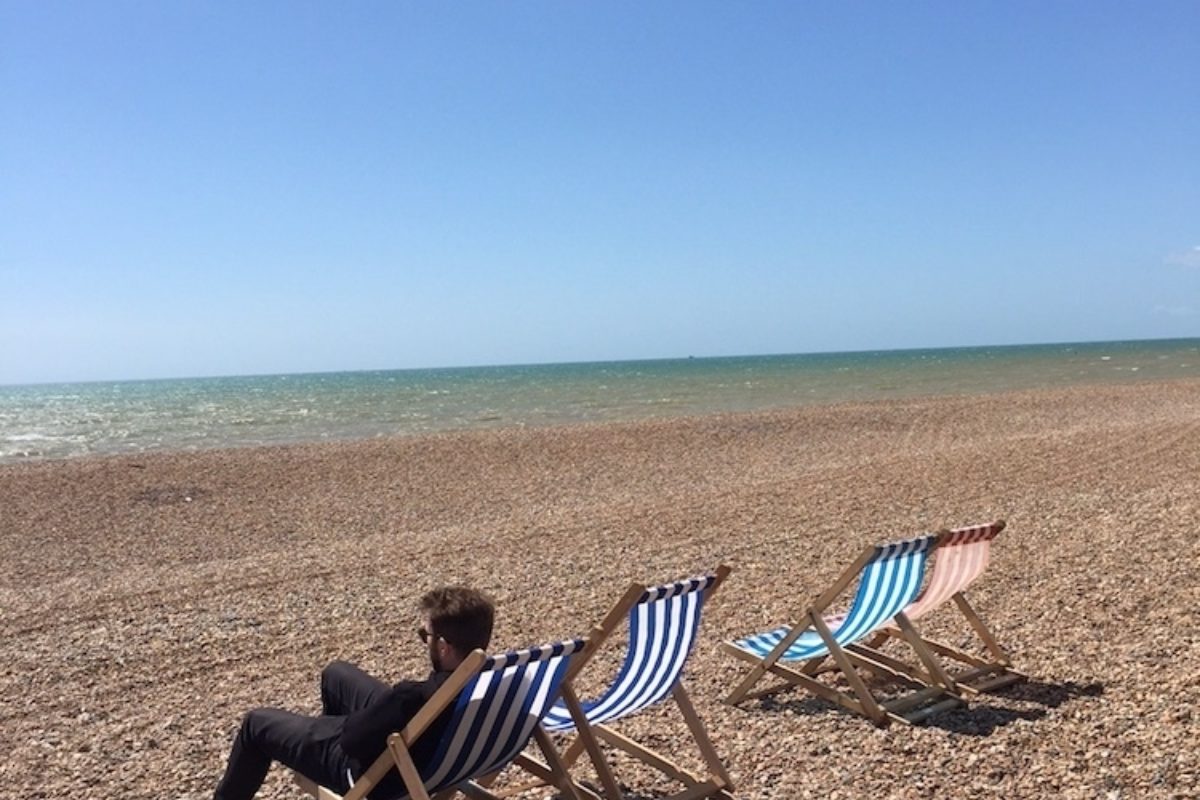 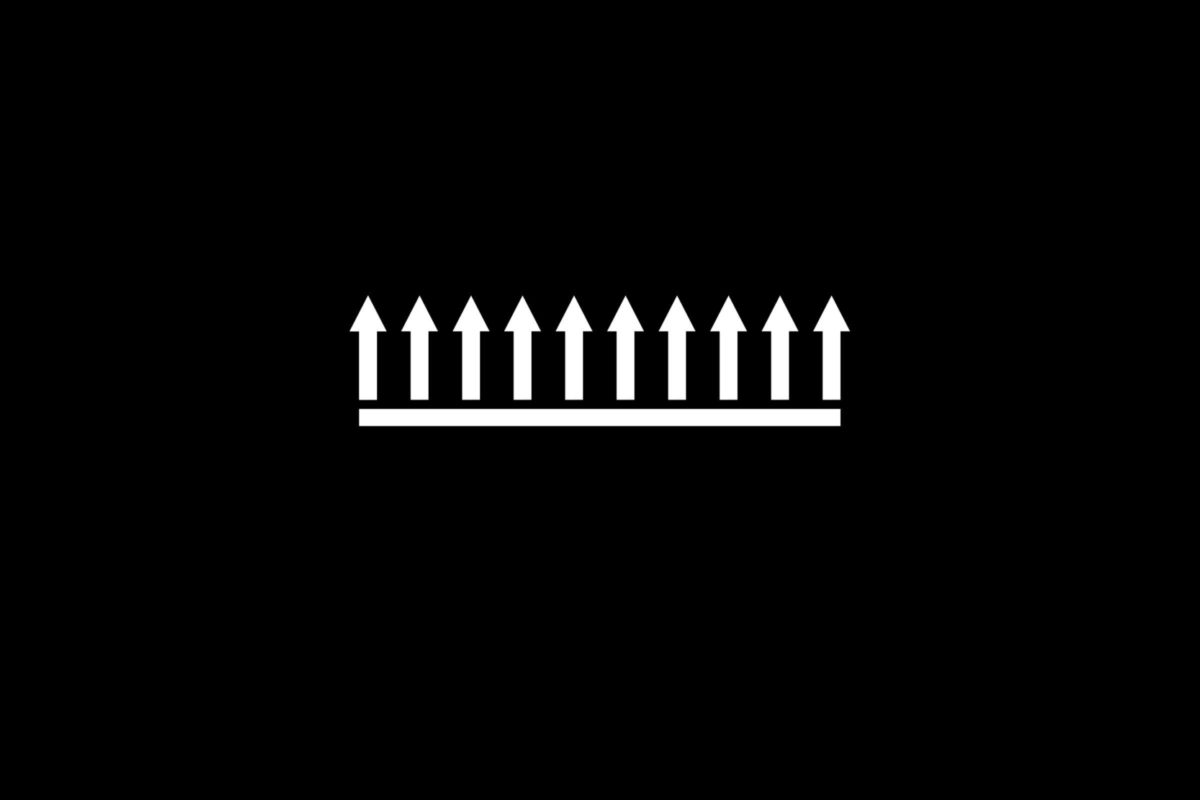 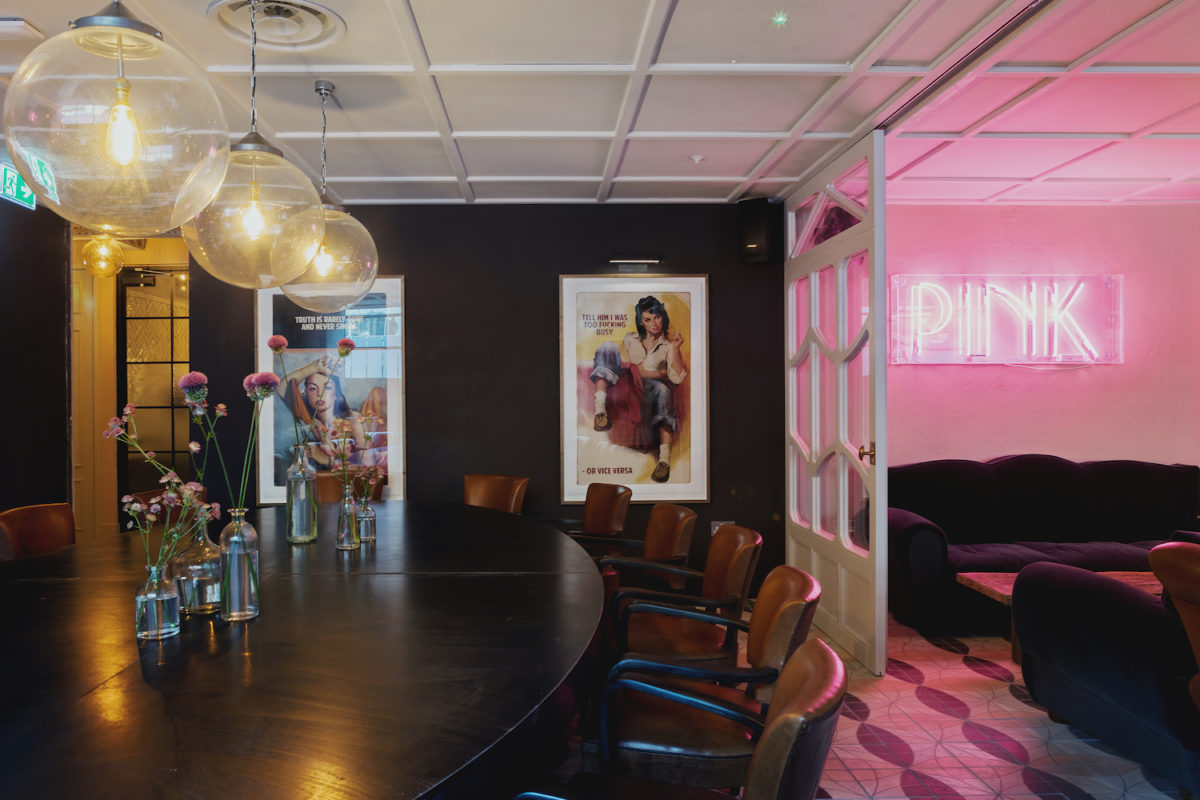 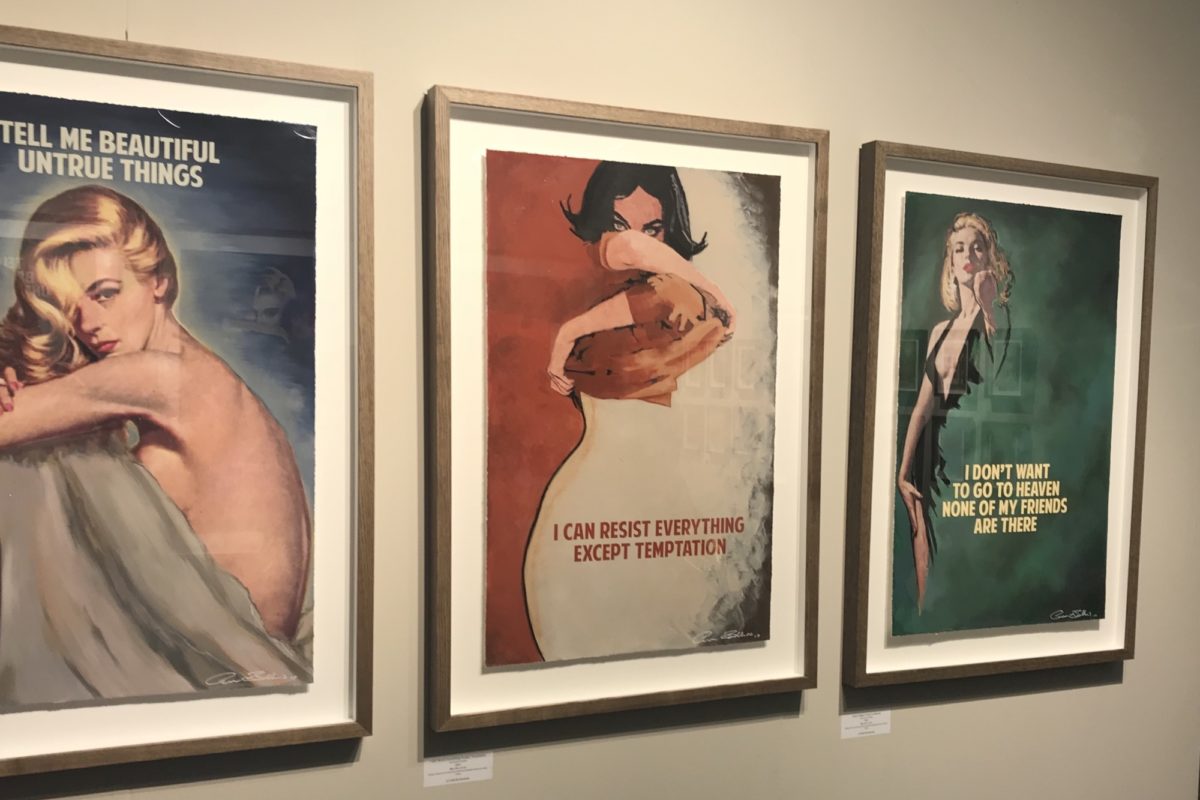 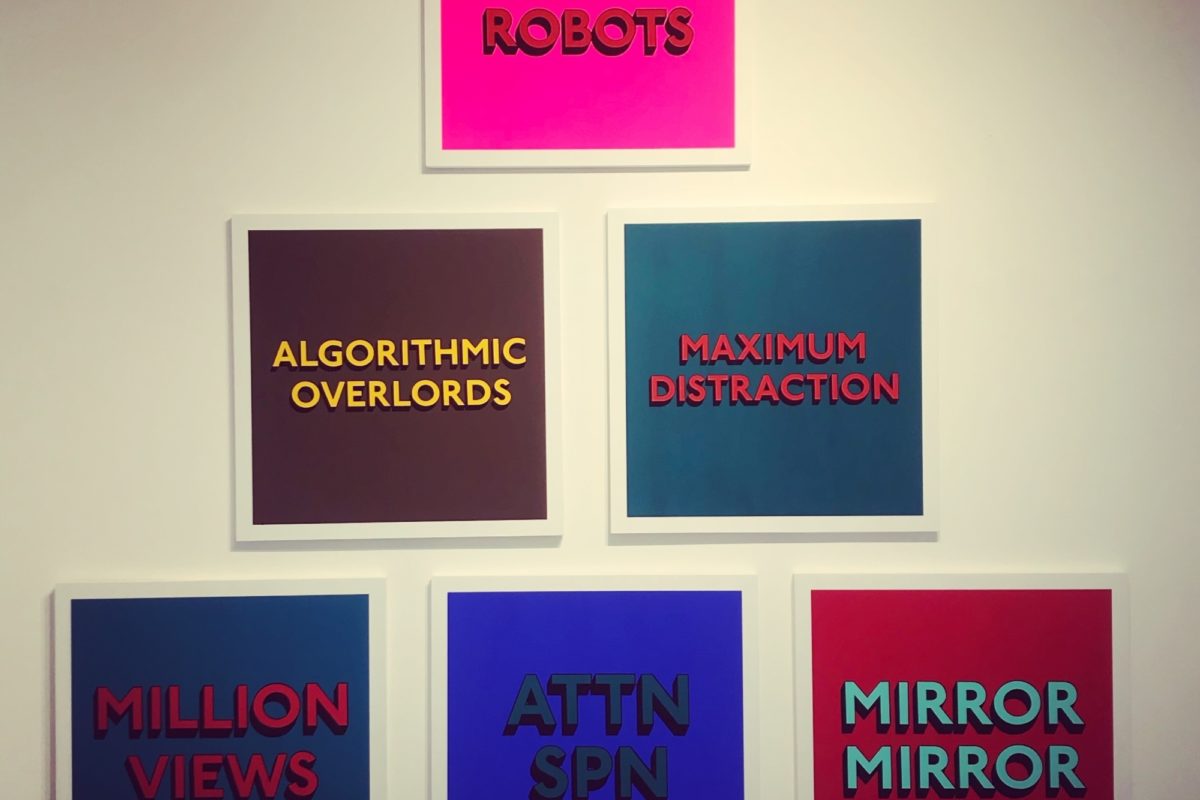 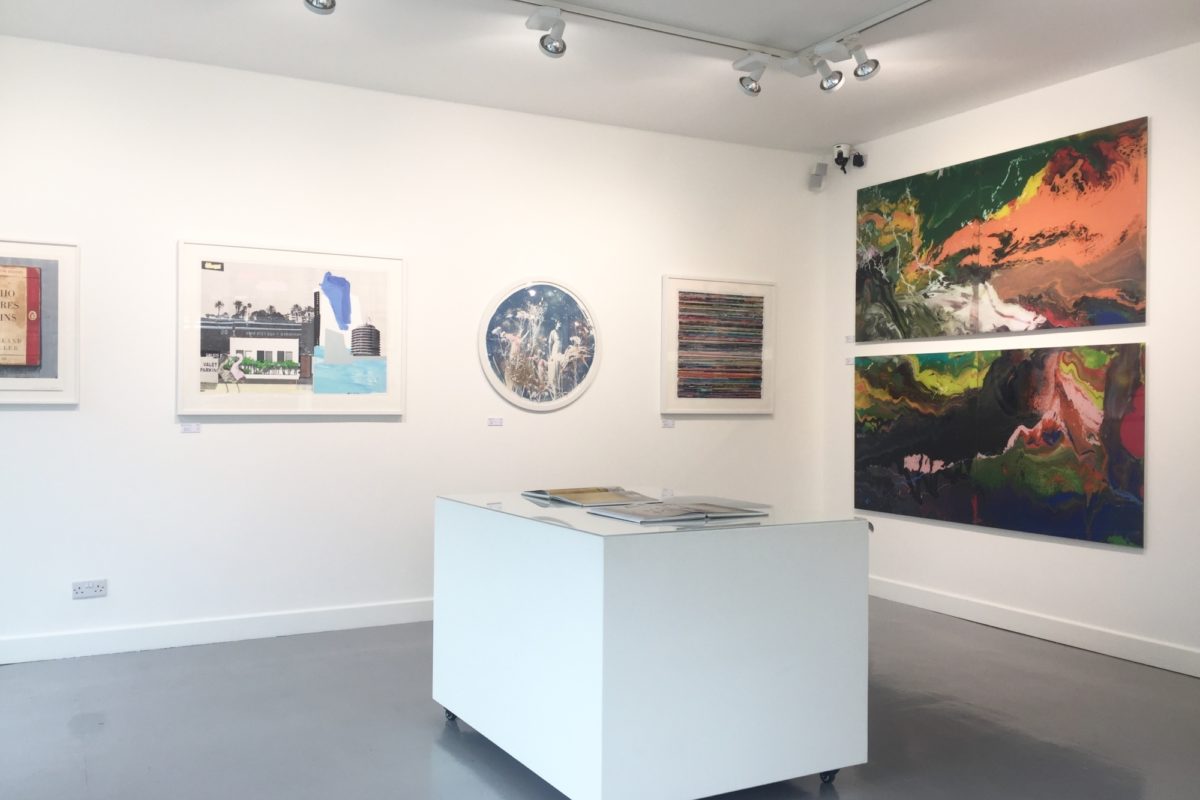 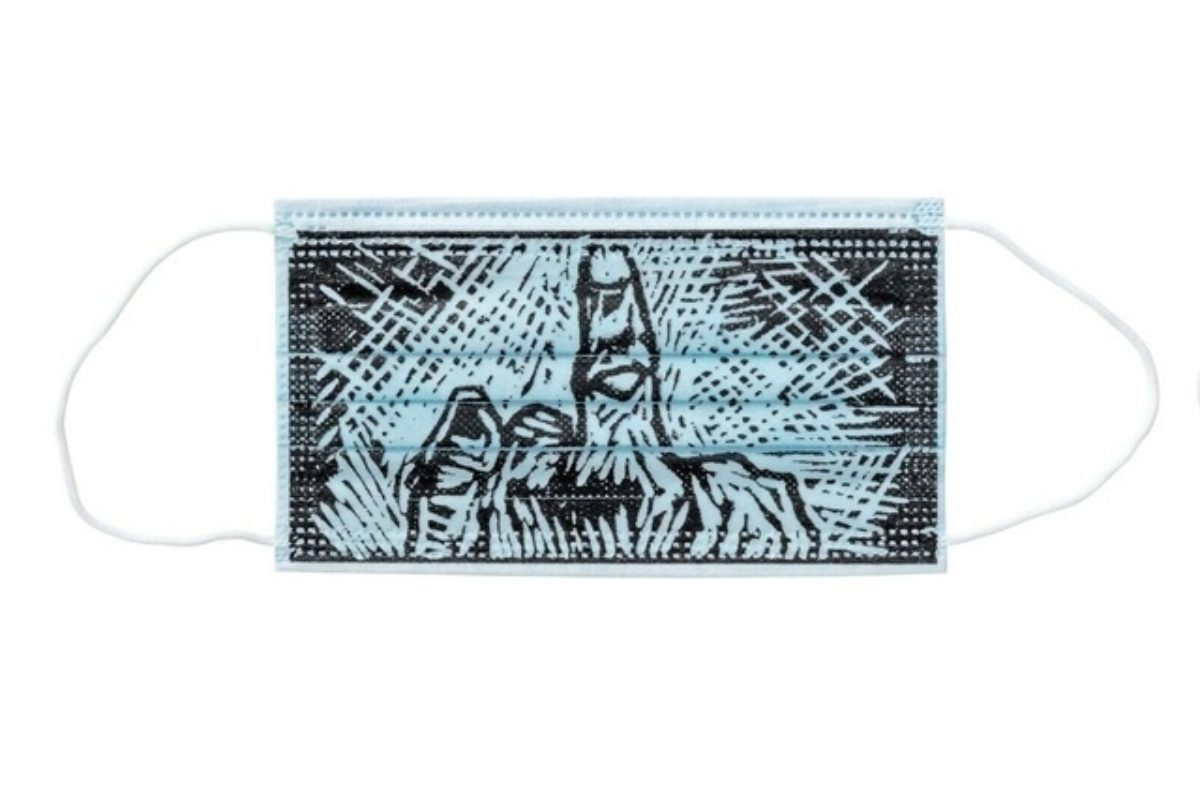 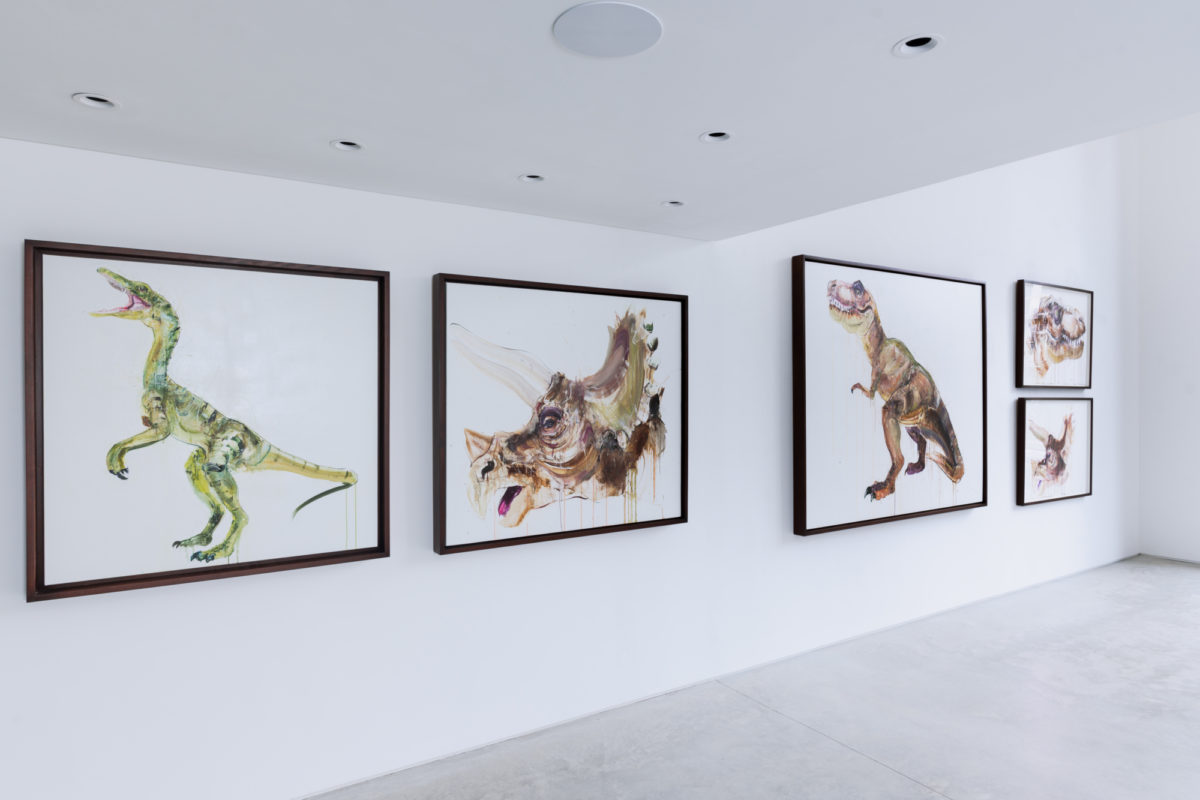 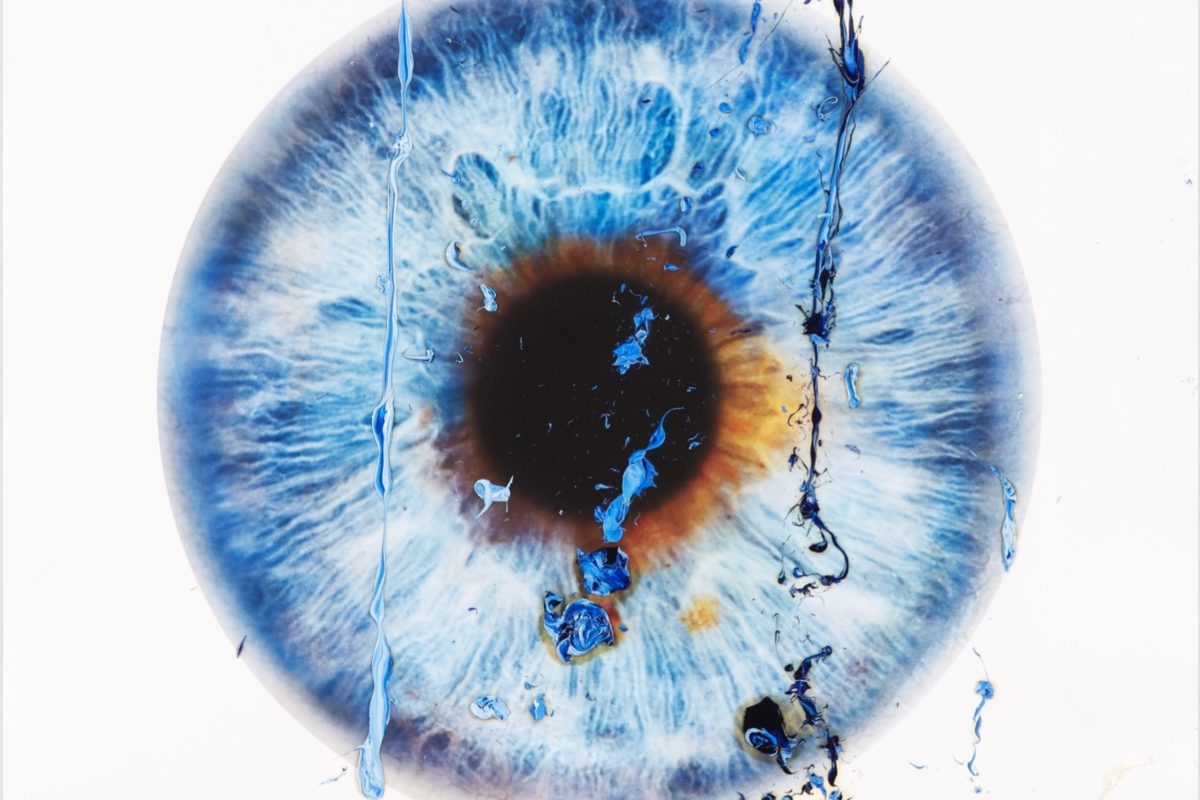 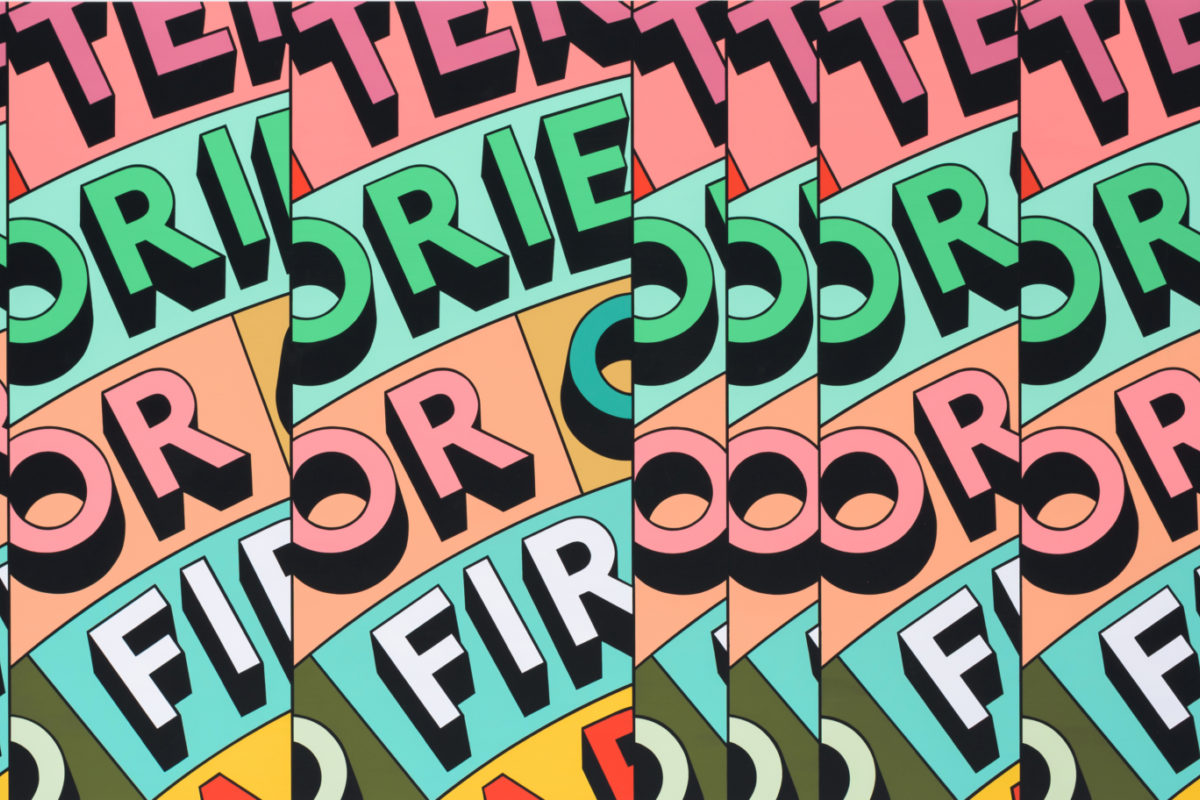 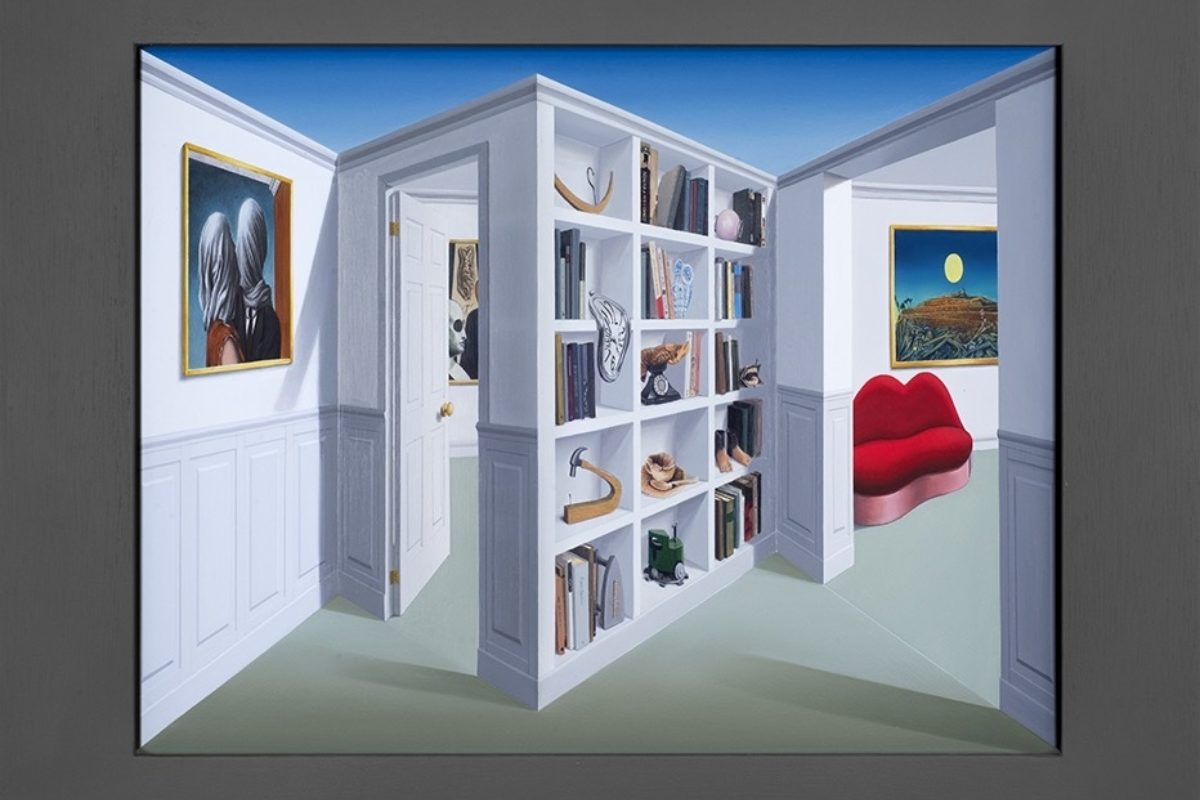