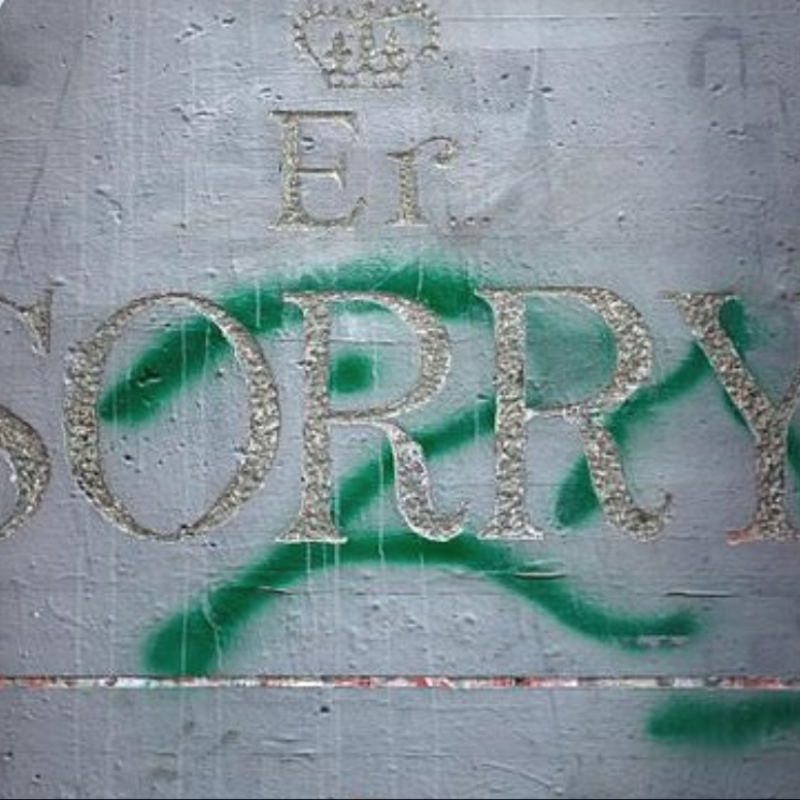 To apologise for the 100th Anniversary of the Balfour Declaration, Banksy has thrown a British tea party outside his infamous Walled Off Hotel that overlooks the Palestine/Israeli border.

Banksy said in a recent statement, "This conflict has brought so much suffering to people on all sides. It didn't feel appropriate to 'celebrate' the British role in it," 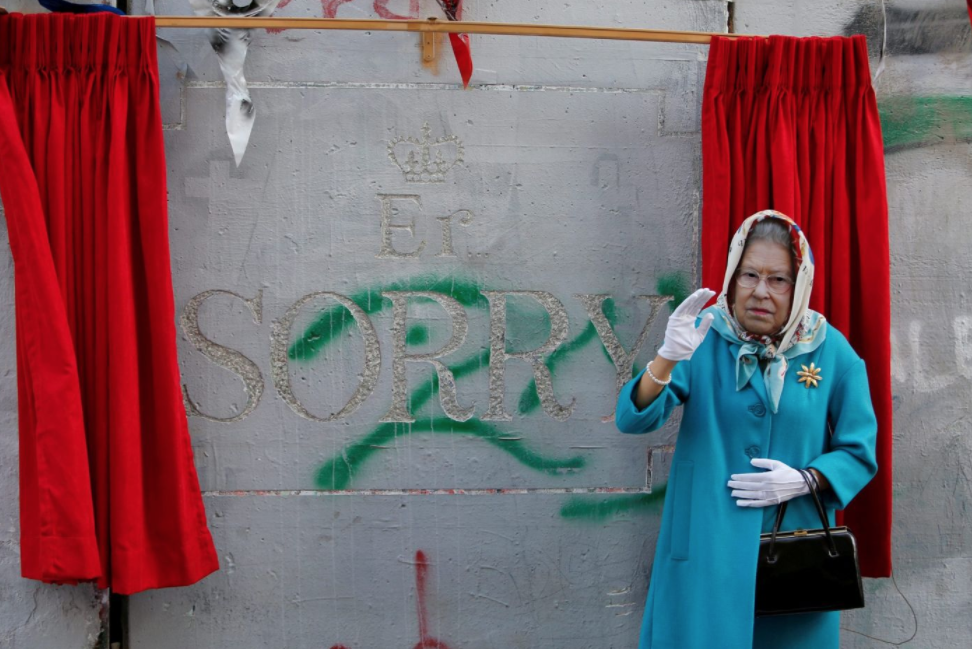 The event was hosted by an actor dressed as Queen Elizabeth, who revealed the words 'Er..Sorry', inscribed in a concrete plaque, to Palestinian guests.

Among the guests were 50 children, wearing helmets covered in bullet holes as party hats, flying tattered British flags. Most children were descendants of Palestinians forced to flee their land in the 1948 war surrounding the creation of Israel. 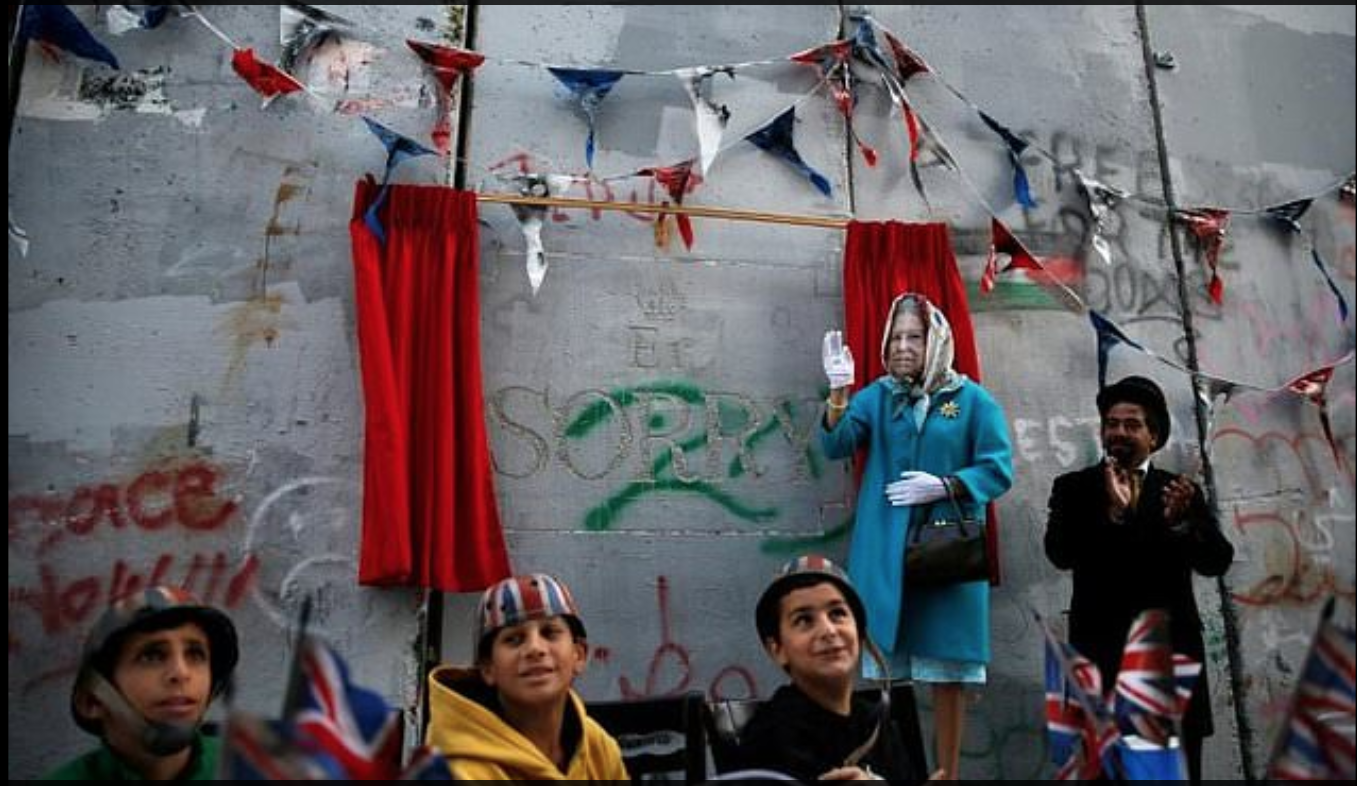 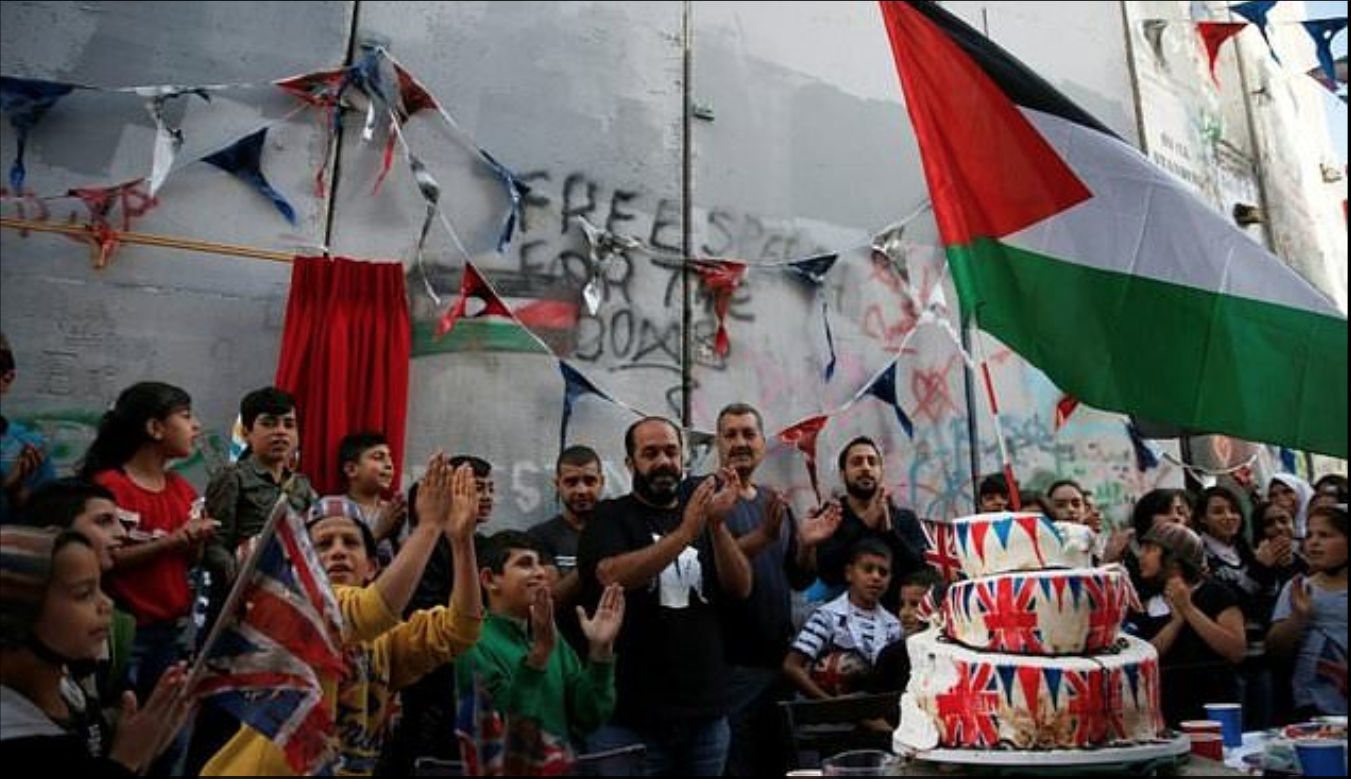 "The British didn't handle things well here -- when you organise a wedding, it's best to make sure the bride isn't already married." Banksy states.

Thursday 2 Nov marks the 100th anniversary of the Balfour Declaration - a public statement issued by the British government during World War I announcing support for the establishment of a "national home for the Jewish people" in Palestine. It read:

"His Majesty's government view with favour the establishment in Palestine of a national home for the Jewish people, and will use their best endeavours to facilitate the achievement of this object, it being clearly understood that nothing shall be done which may prejudice the civil and religious rights of existing non-Jewish communities in Palestine, or the rights and political status enjoyed by Jews in any other country"

{module_webapps id="15645" filter="item" itemId="4391535"}Palestinians see the document as giving away their homeland, while Israelis see it as helping pave the way to the founding of their country at a time when Jews were facing persecution elsewhere.

It has been reported that Banksy, true to form, was not at the event on Wednesday in order to protect his identity.

The scene outside Banksy’s Walled Off Hotel in Bethlehem, where he is holding a surreal 'apology party' for Palestinians on behalf of the UK. Tomorrow marks 100 years since the Balfour Declaration, which gave British backing for a Jewish national homeland. With the region still deeply divided, the declaration is resented by Palestinians. Photos: Mussa Qawasma