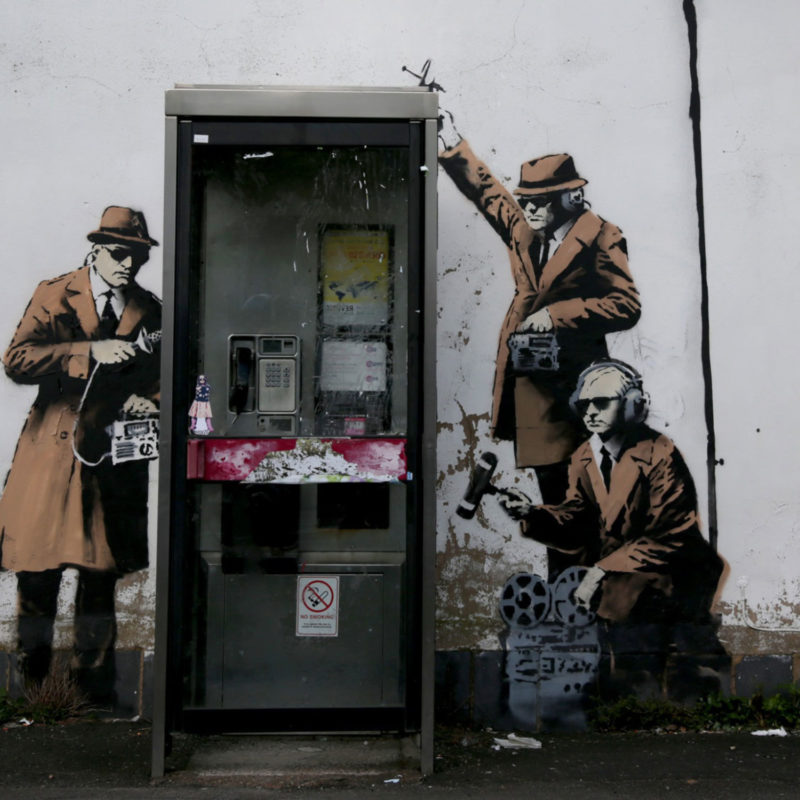 As fast as Banksy's street art appears, it can disappear. Within a week of this creation, vandals had defaced the Spies. Now, due to "emergency work" the wall is nothing but a pile of plaster and stones. 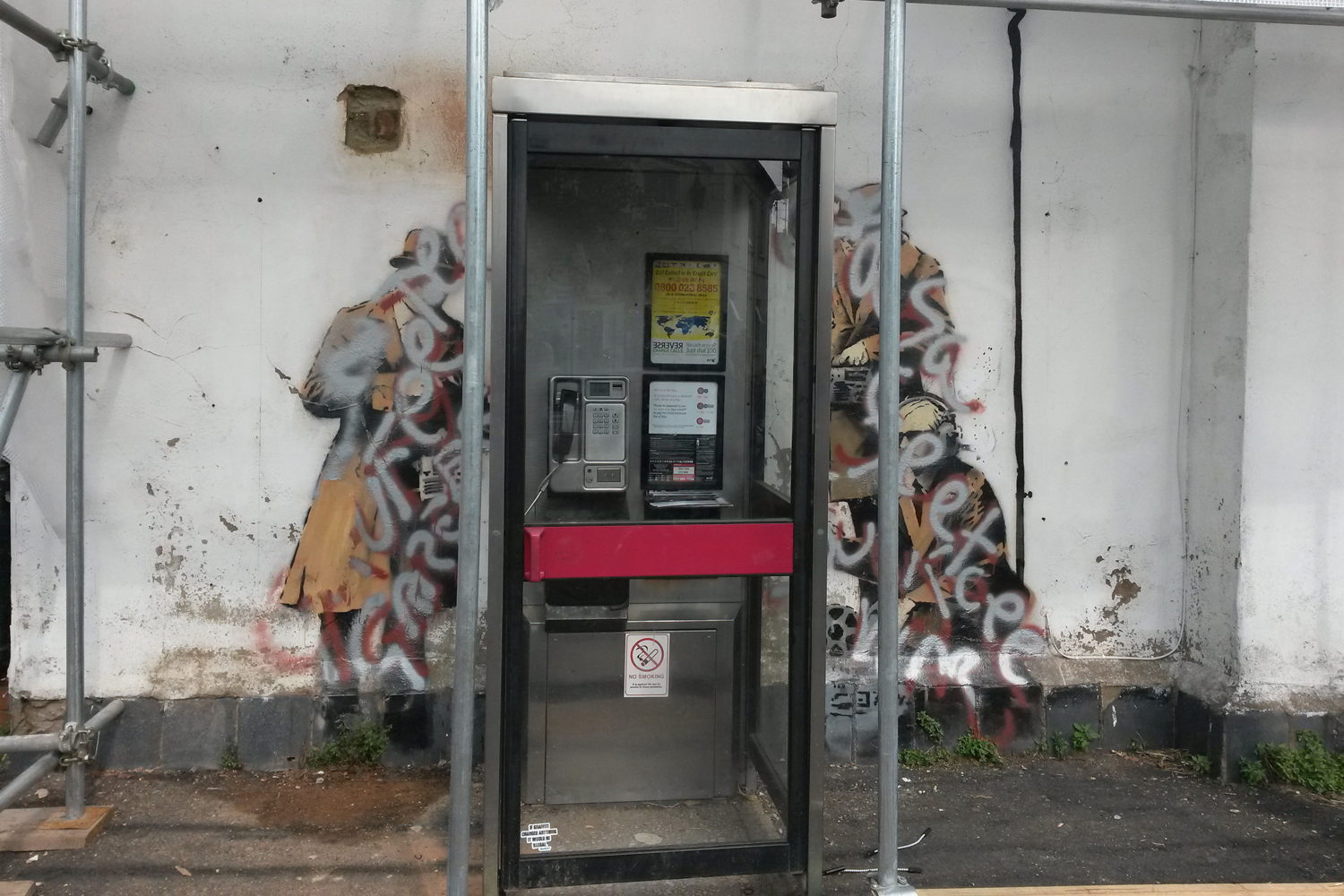 In true Banksy style, the mural depicted a satirical scenario of tree men in long, brown trench coats, holding surveillance equipment, huddled around a phone box. The location was about 3 miles from the headquarters of Britain's surveillance agency; GHCQ and only a few months after Edward Snowden revealed the scandal of phone-tapping by the western governments. 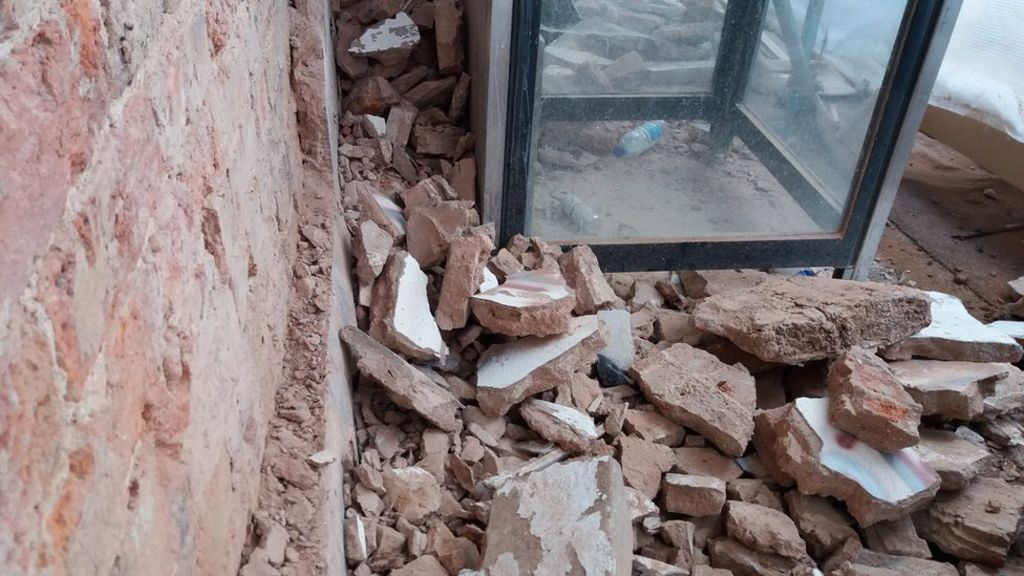 The homeowner has been working with the council to do all the can to salvage what is left of the wreckage.

"I've actually taken all the pieces that I could recognisably save and I've handed them in and Cheltenham Borough Council have them," he told the BBC. 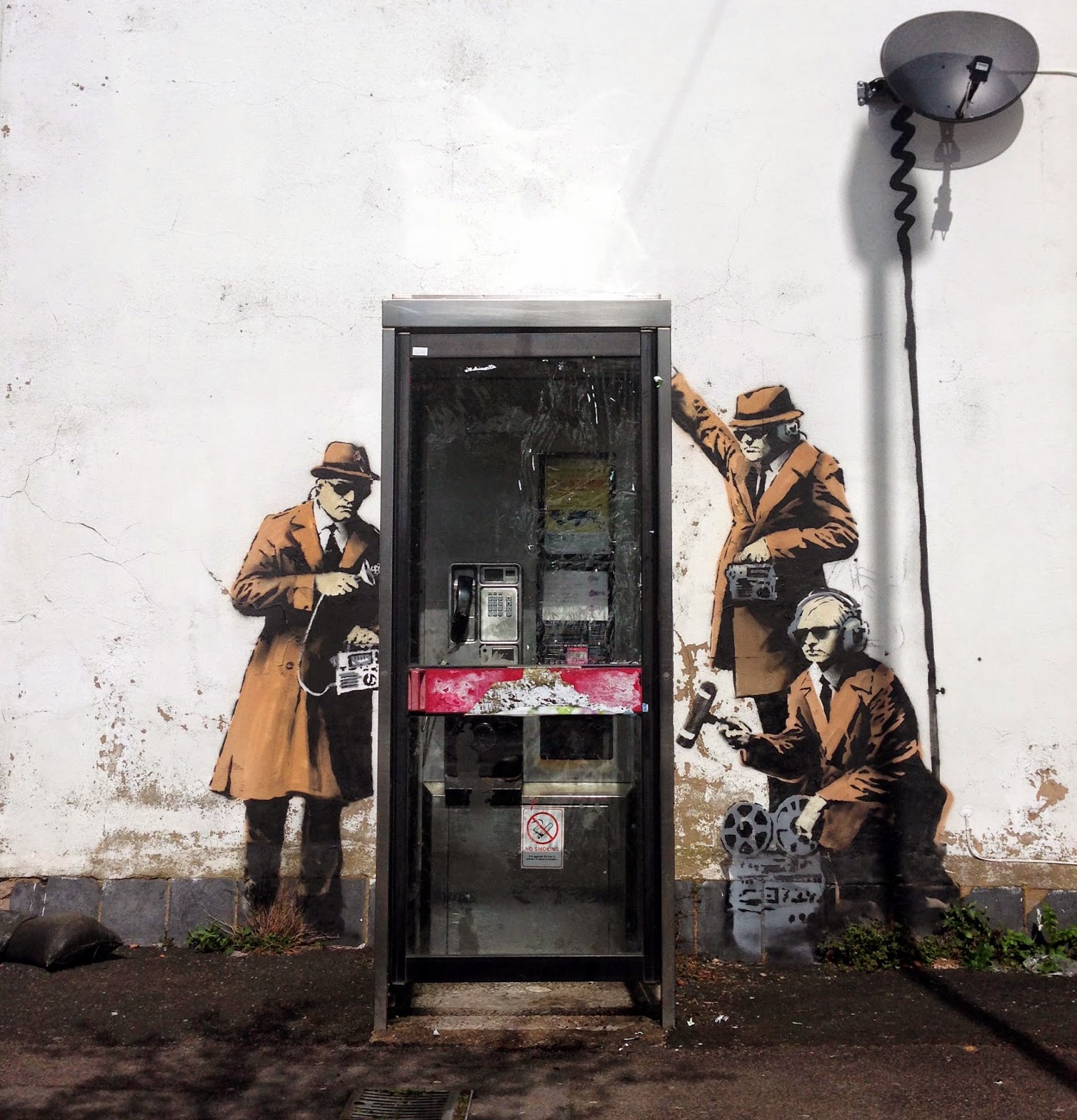 "I just want people to know that I wasn't trying to sell it and it wasn't taken off deliberately."

As always, we will keep you up to date with any Banksy news!