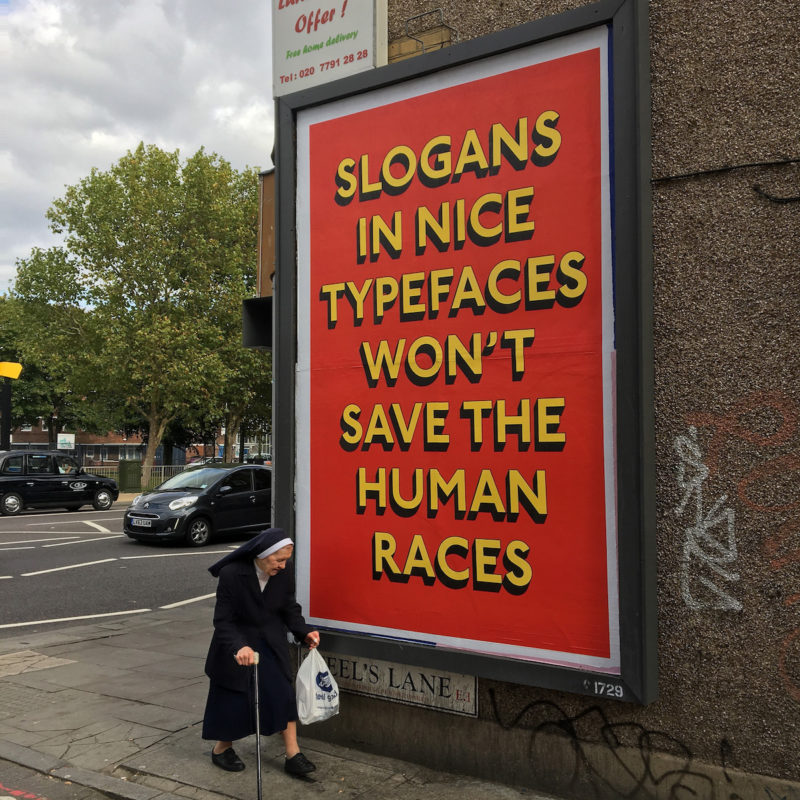 With no signs of slowing down, Oddly Head has been creating and collaborating since his sell out solo show, Repeat After Me. We have exciting updates and just received brand new ME originals into the gallery - Scroll down to browse the secret catalogue...

To start off, Oddly Head has teamed up with Flying Leaps on an exciting new project: SLOGANS WITH NICE TYPEFACES WON'T SAVE THE HUMAN RACE (2017).

"Flying Leaps introduces fresh voices into the visual conversations that echo round our cities. By displaying artists' posters in the street the aim is to bring some much-needed sweetness and light as well as grit and provocation to a wall near you." (Adrian from Flying Leaps)

Already, 'SLOGANS' posters have been spotted in Bristol, Manchester, Glasgow and more. Oddly Head confirmed in September via his Instagram that 1000 posters would be coming to London soon.. and here they are!

Hang-Up Gallery is launching a competition via Instagram! Follow these three simple steps for a chance to win:

Win: The winner with the best photo will be awarded a Signed Limited Edition SLOGANS poster! Don't miss out!! 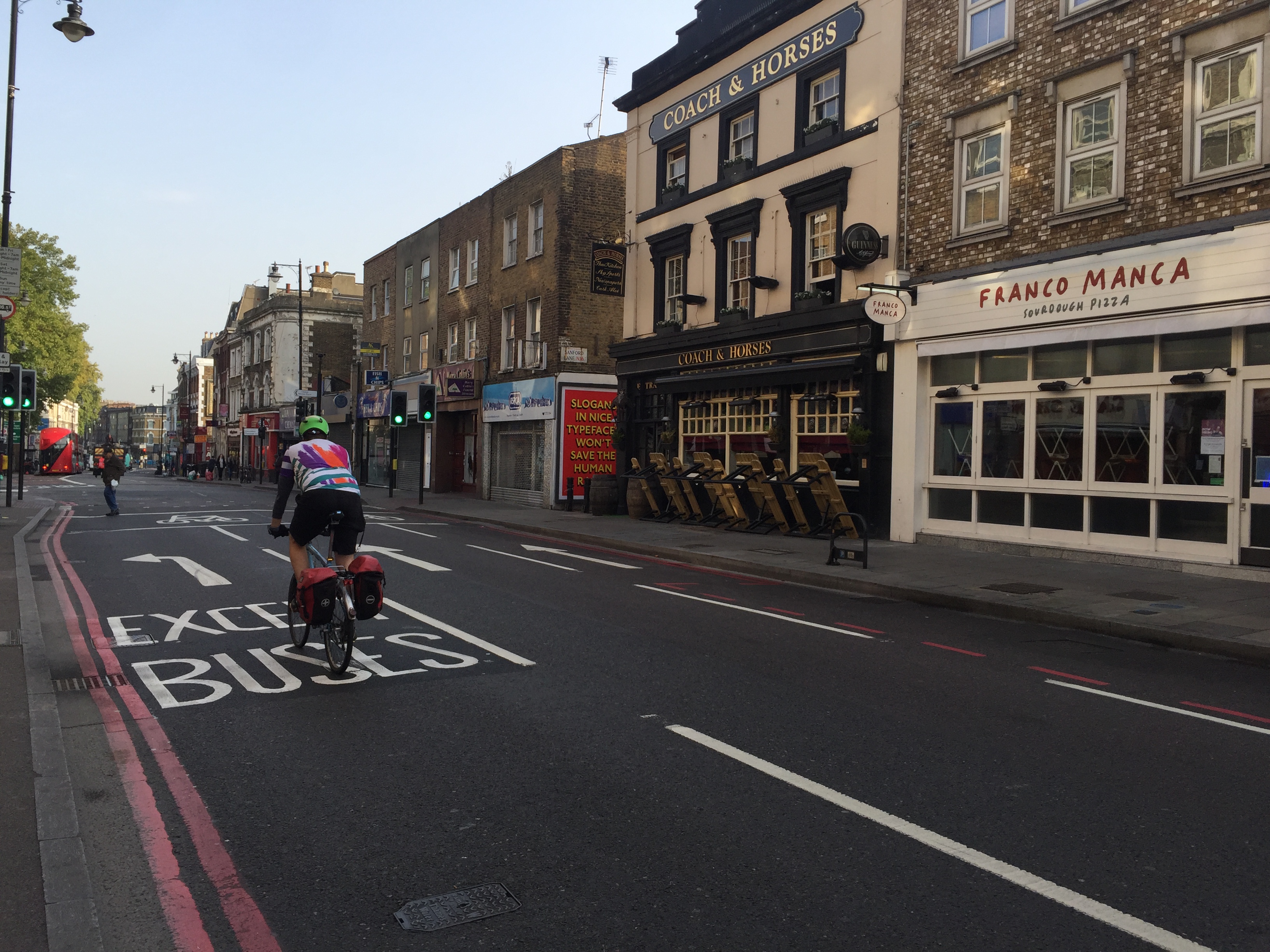 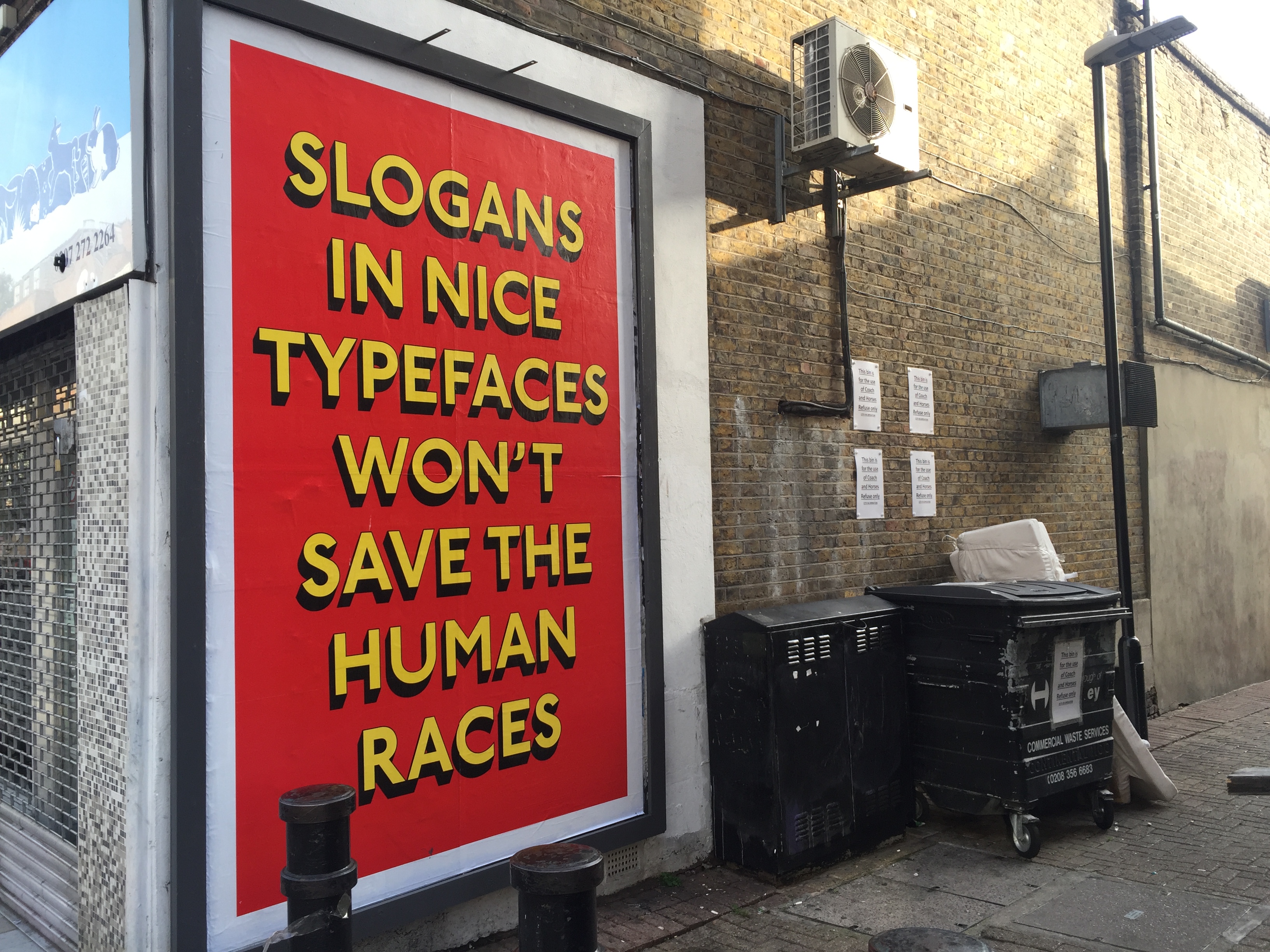 "Images do a lot more than decorate the street. What we see – and what we don’t see – around us in the urban environment is, amongst other things, an index of political, economic and civic power". (Adrian from Flying Leaps) 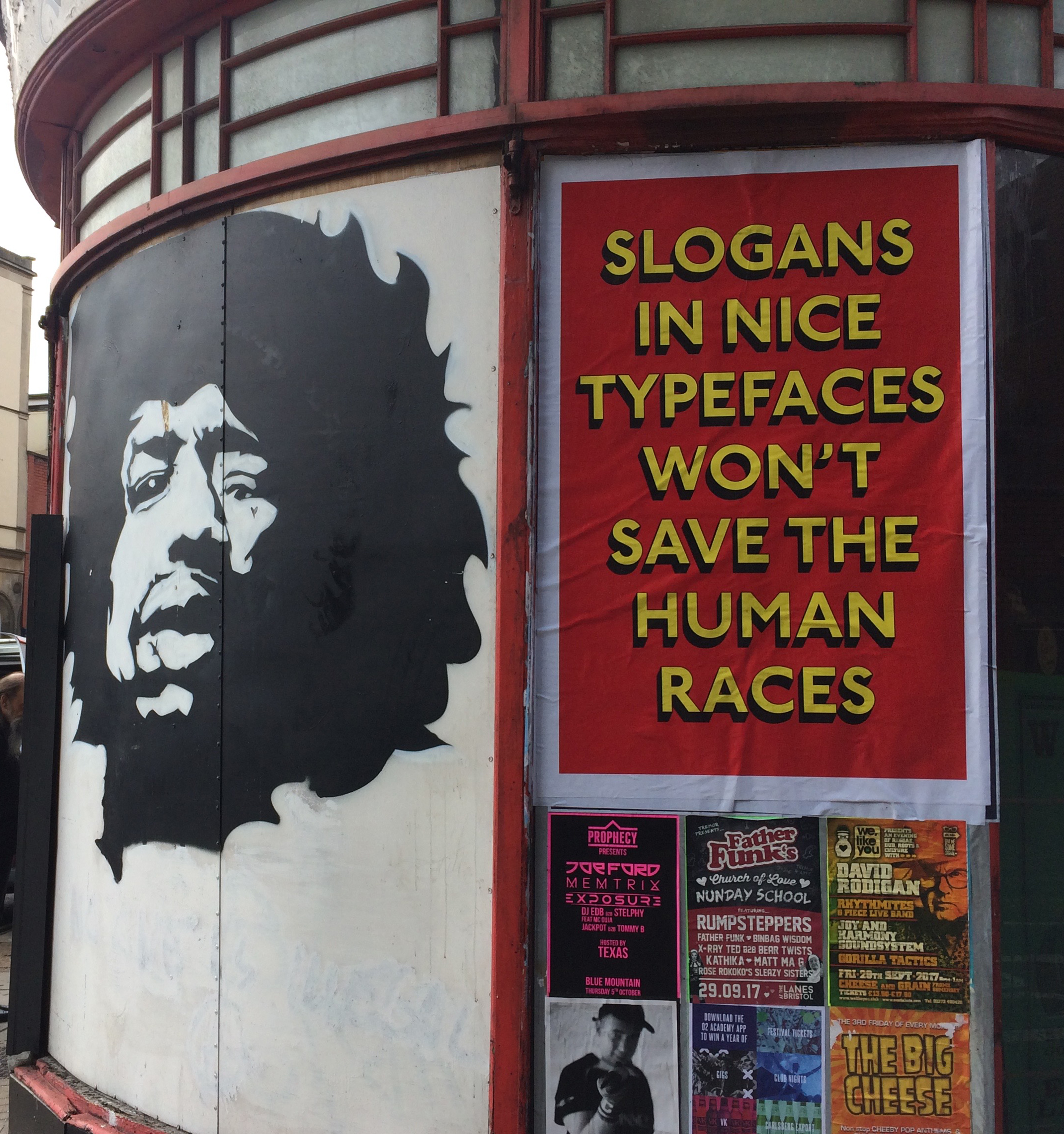 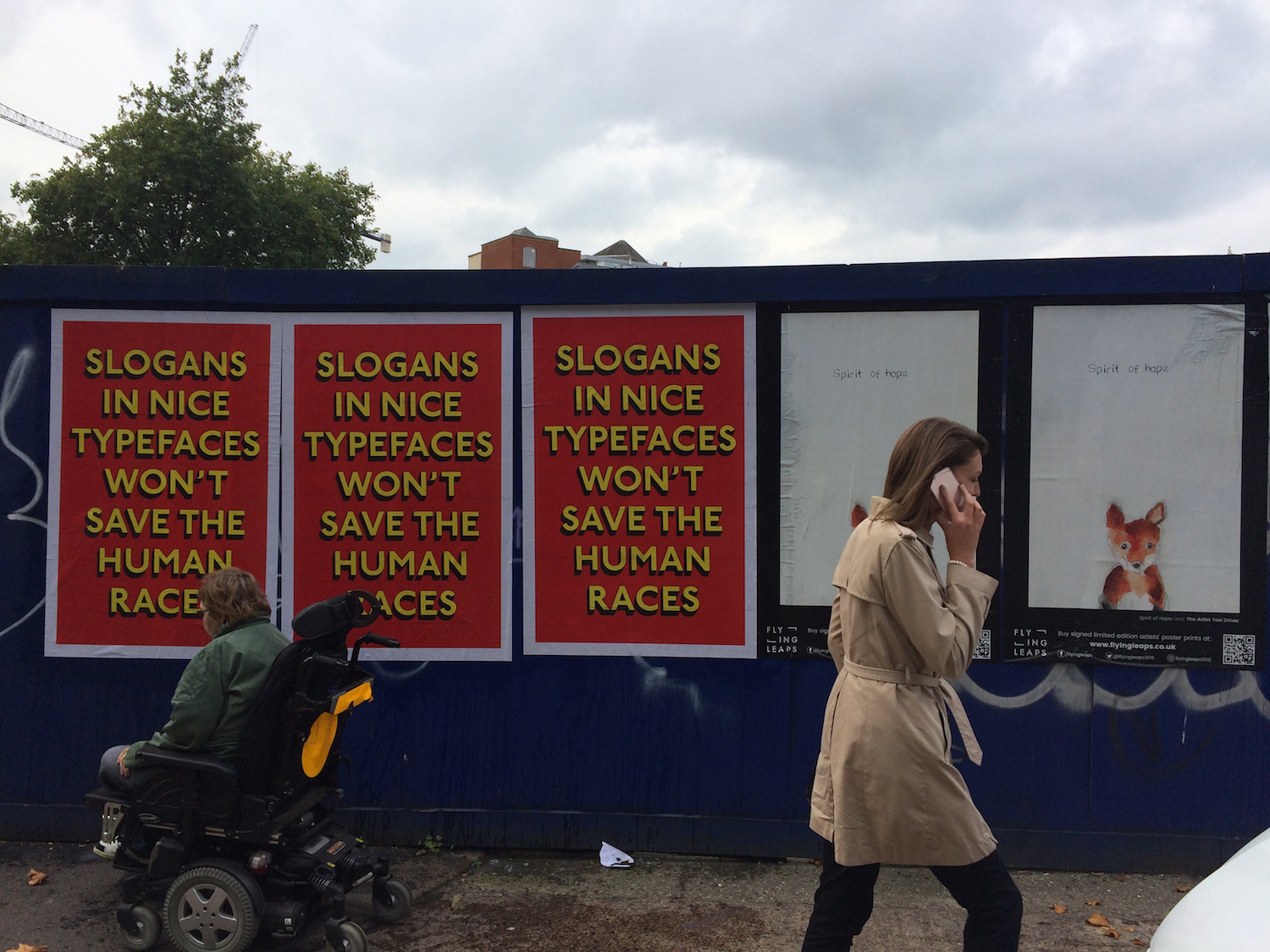 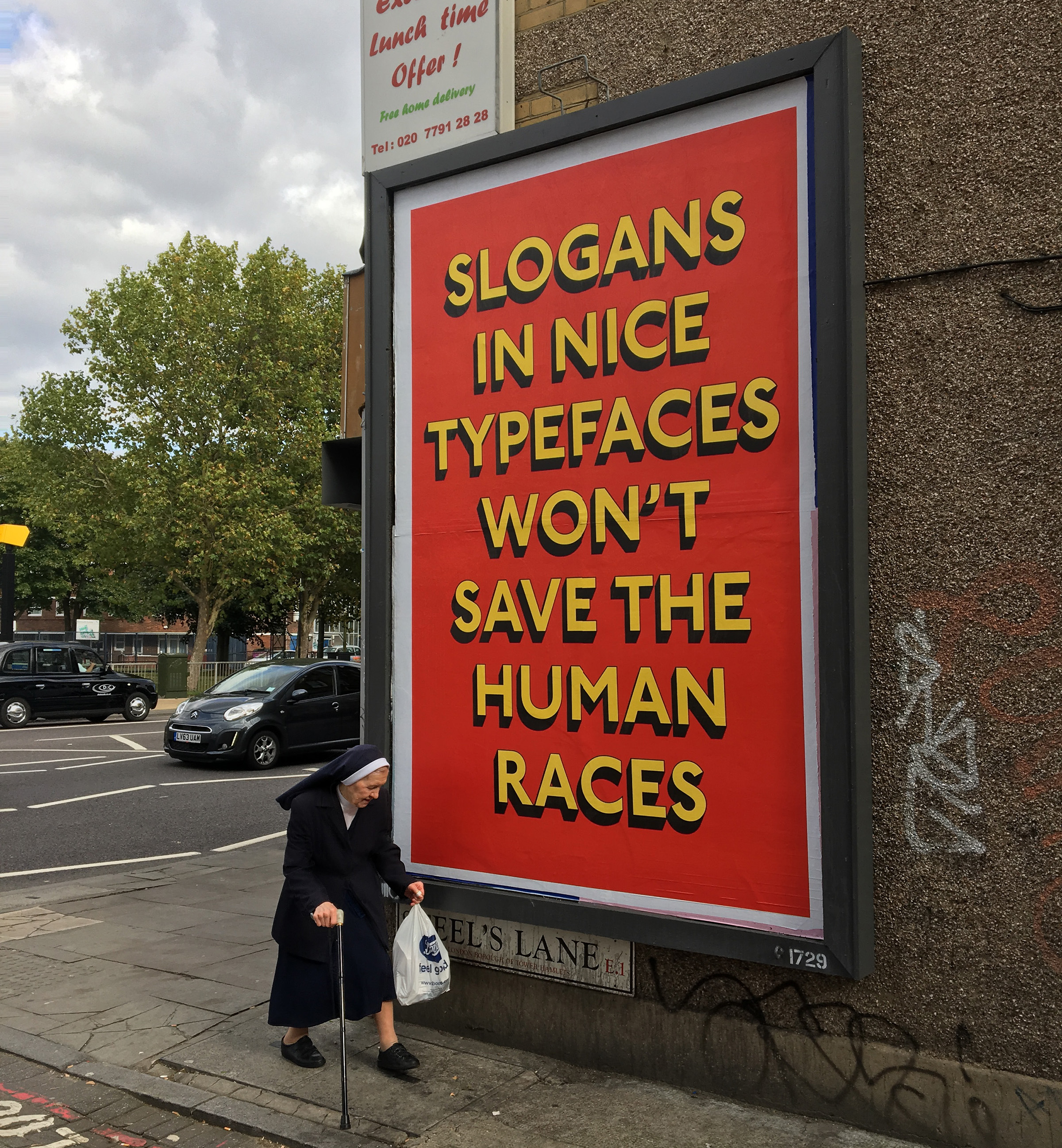 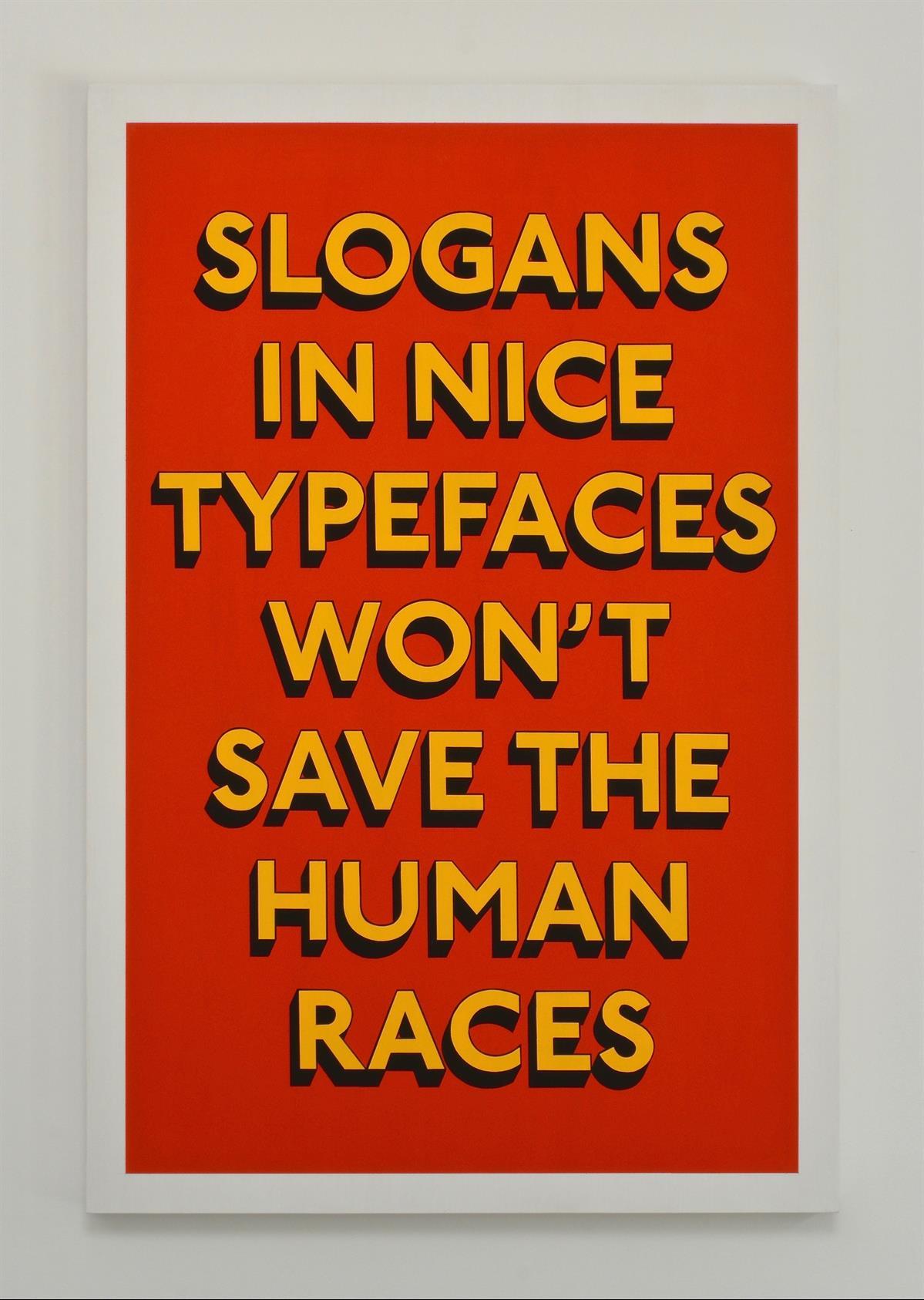 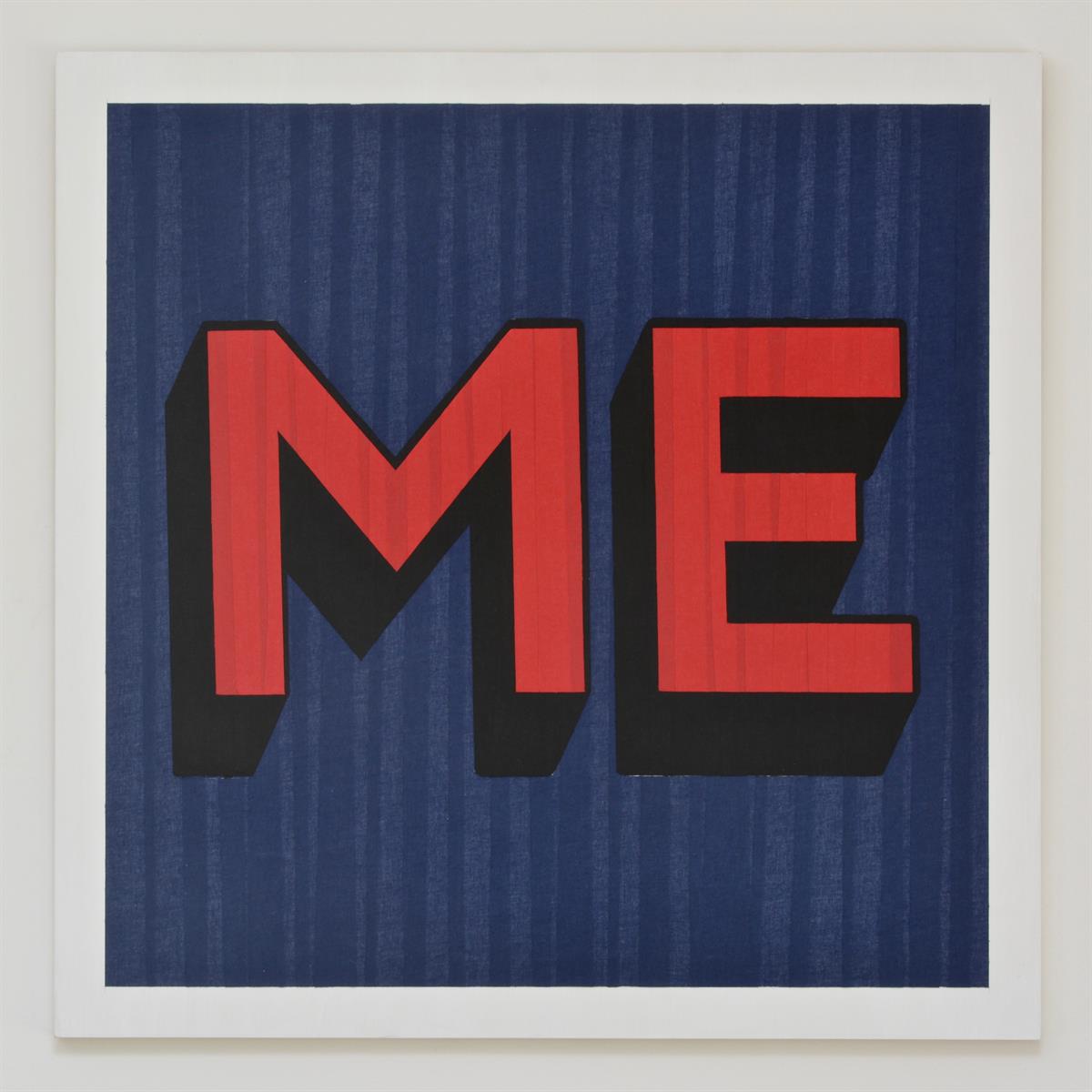 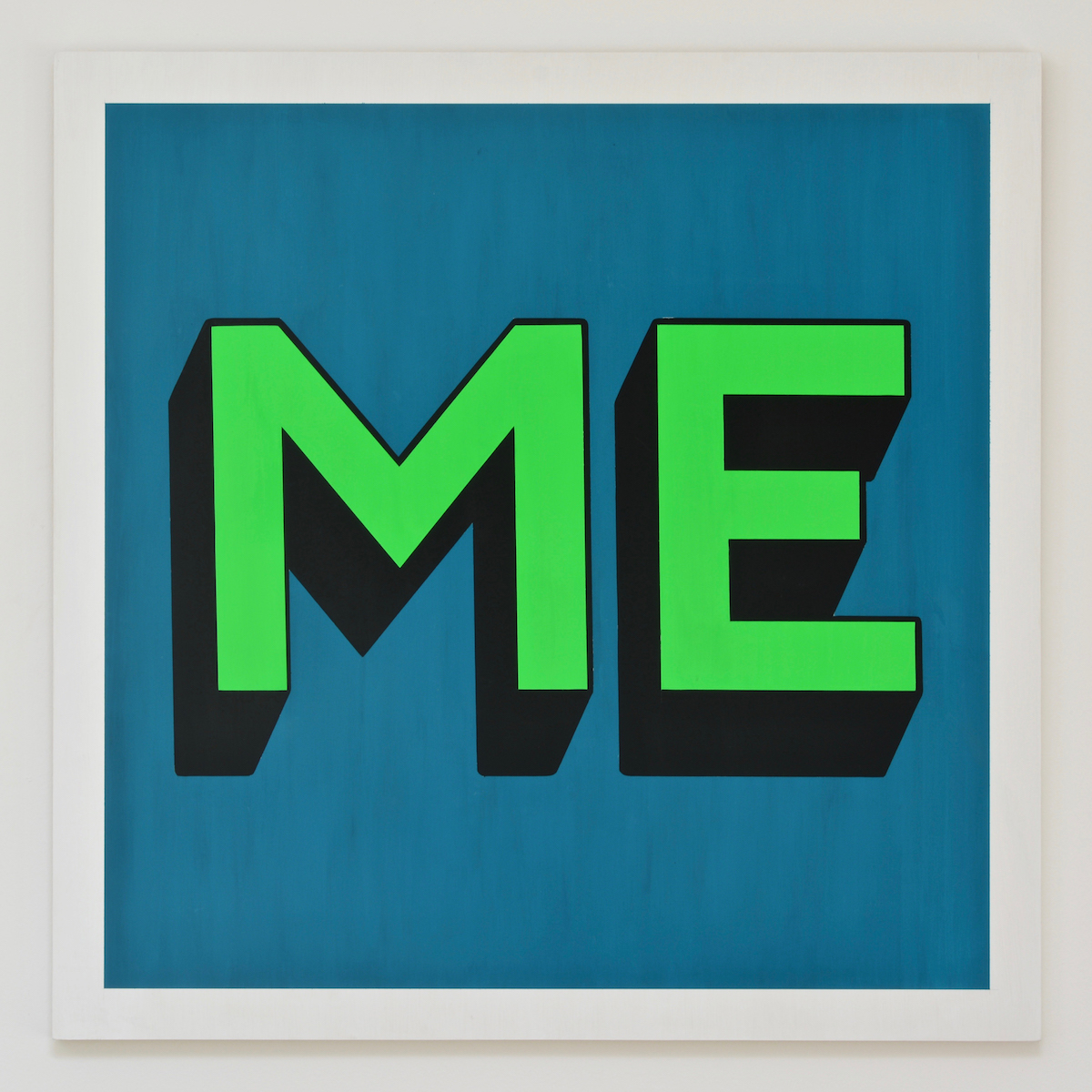 If you have any questions about what you have read in this weeks blog, please feel free to contact us on info@hanguppictures.com