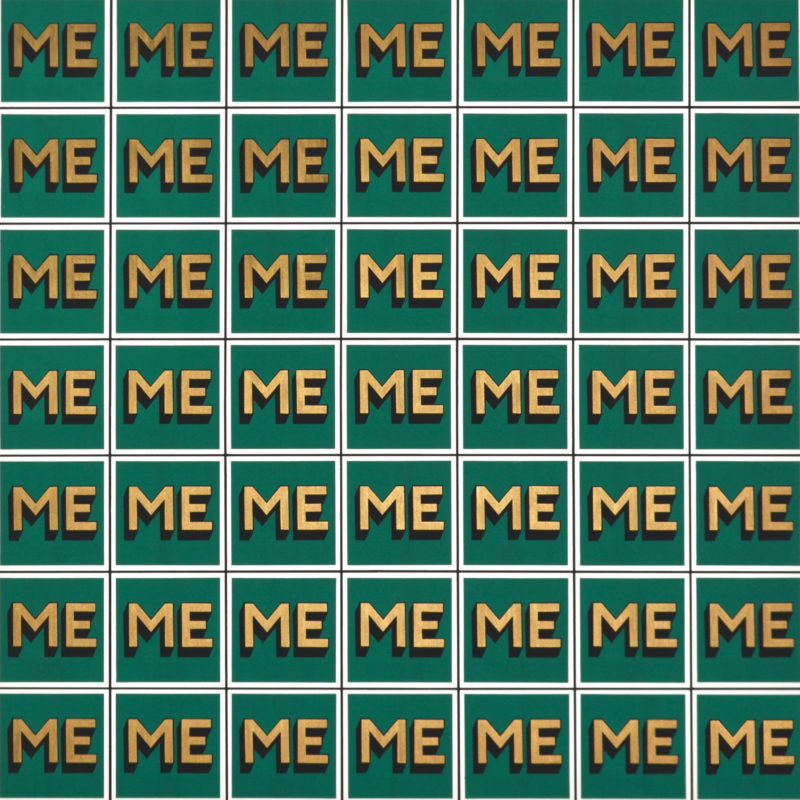 In his latest series, Oddly Head, the alter ego of artist Tim Fishlock, neatly sums up our worst fears for leaders who abandon politics in favour of infantile populism and who are now at liberty to indulge their appetite for both distraction and destruction. 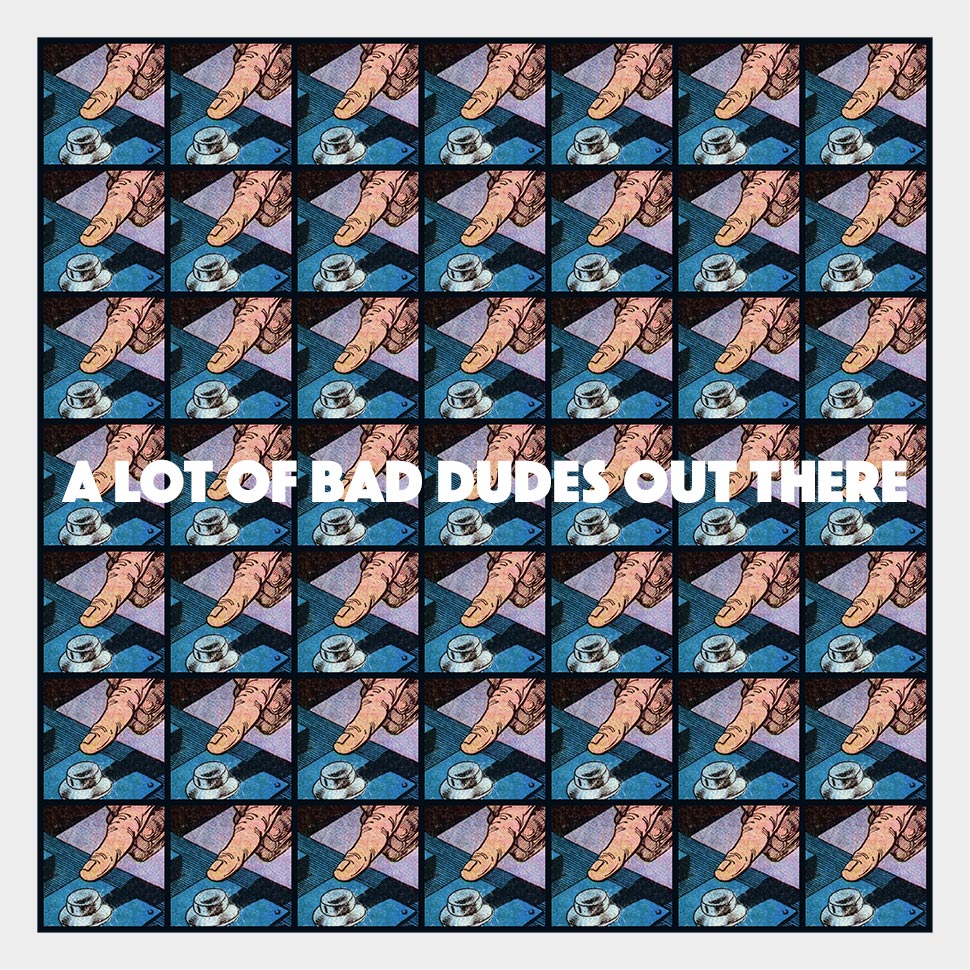 Using Trump's own tweet posted in a desperate attempt to defend his Muslim travel ban, A Lot of Bad Dudes Out There is the new print by Oddly Head portraying a feared potentiality - a recognisable diminutive digit hovering over what we can assume to be the nuclear button. 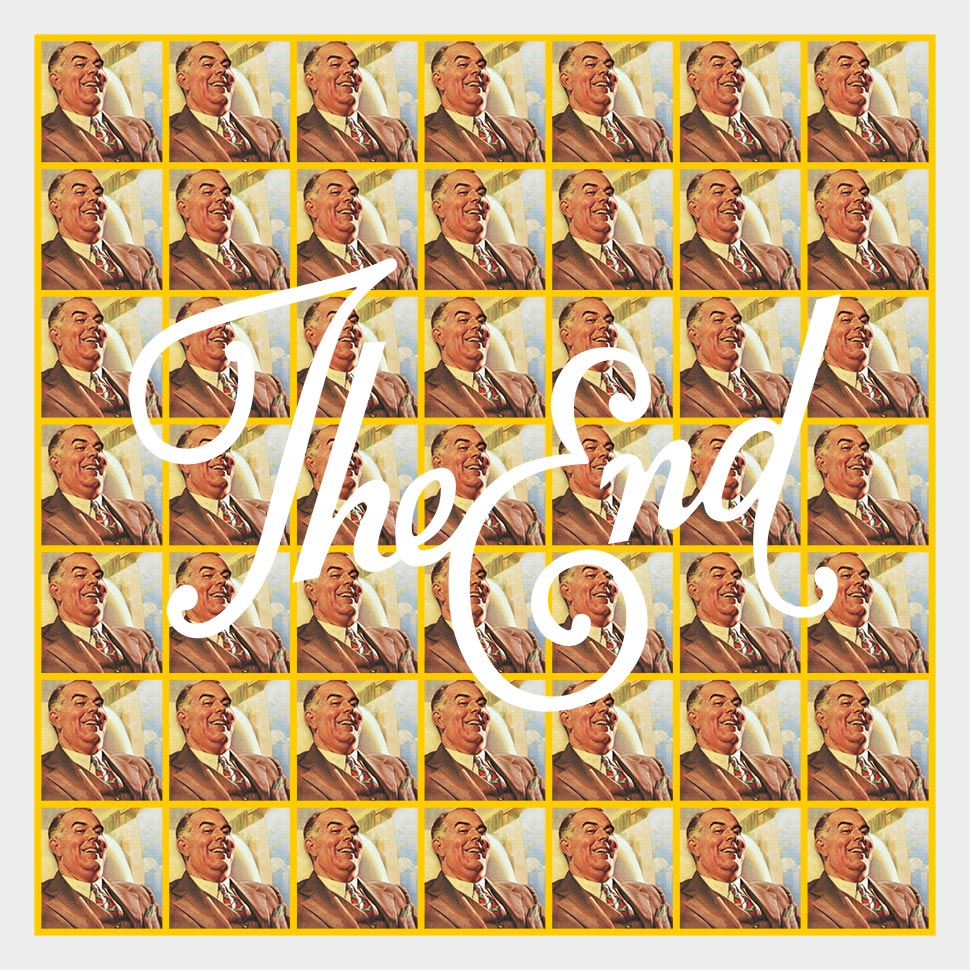 Alter ego of British artist and graphic designer Tim Fishlock, Oddly Head delves into a contemporary anxiety about the repercussions of a president who indulges his appetite for both distraction and destruction. He also shines a light on the 62 people who together own as much wealth as the poorer half of the world's population with his second new print The End .

As Fishlock says, "Old white billionaires have secured for themselves an unassailable position in Western society. We've been here before. This kind of irreversible concentration of wealth at the top of the economic pyramid was one of the root causes of the fall of the Roman Empire. We are witnessing the end game of capitalism. What happens next is anyone's guess. " 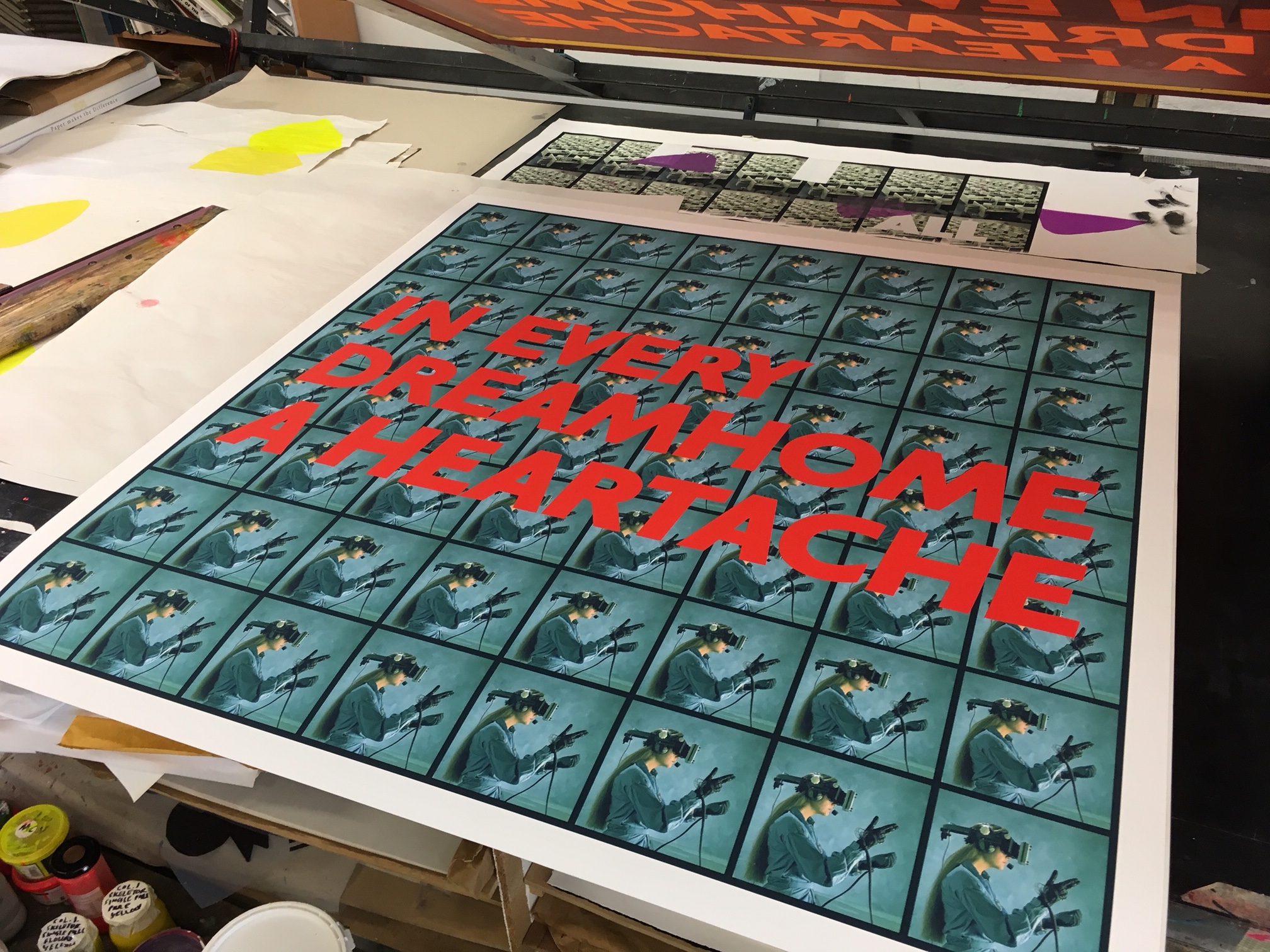 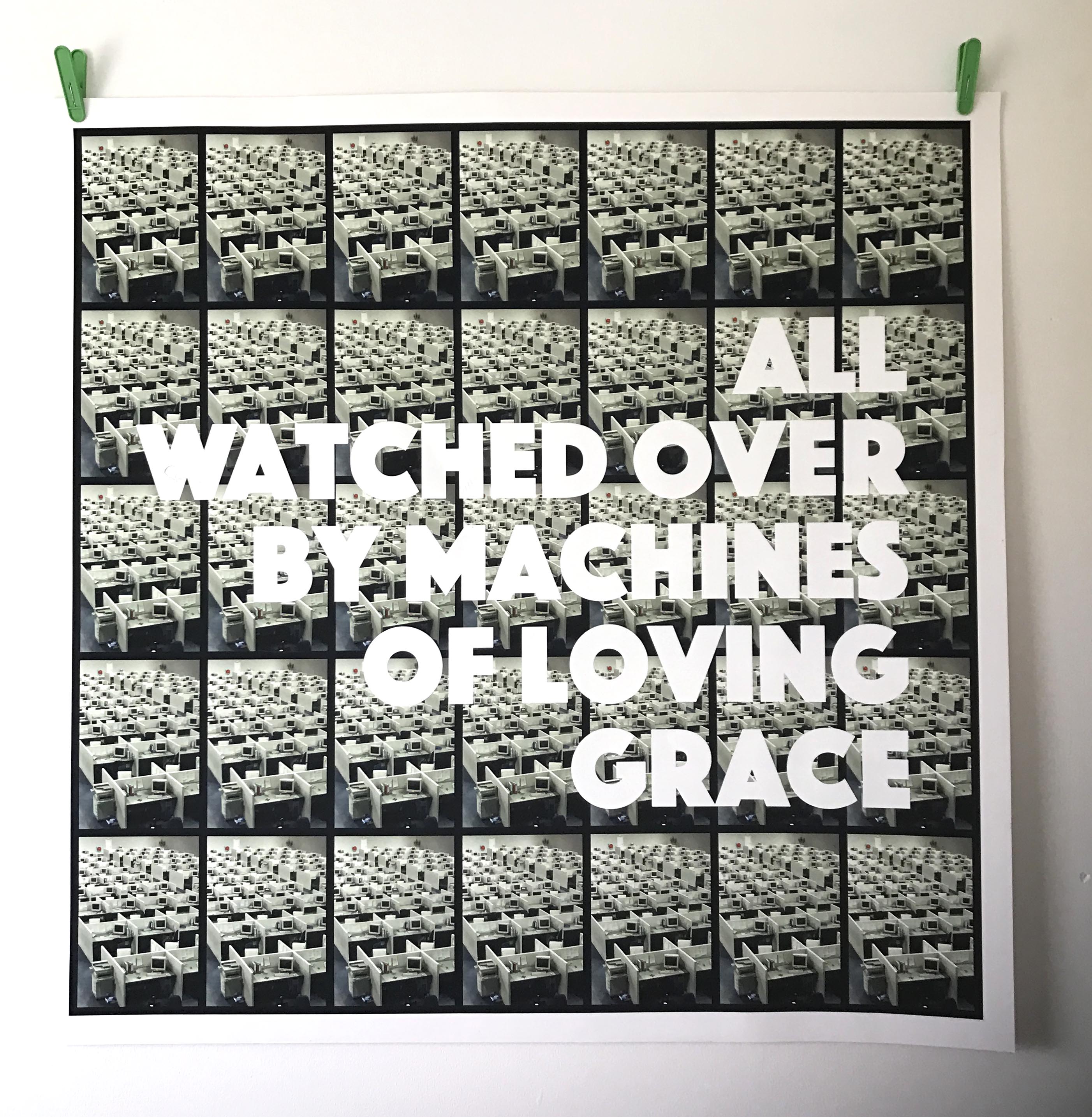 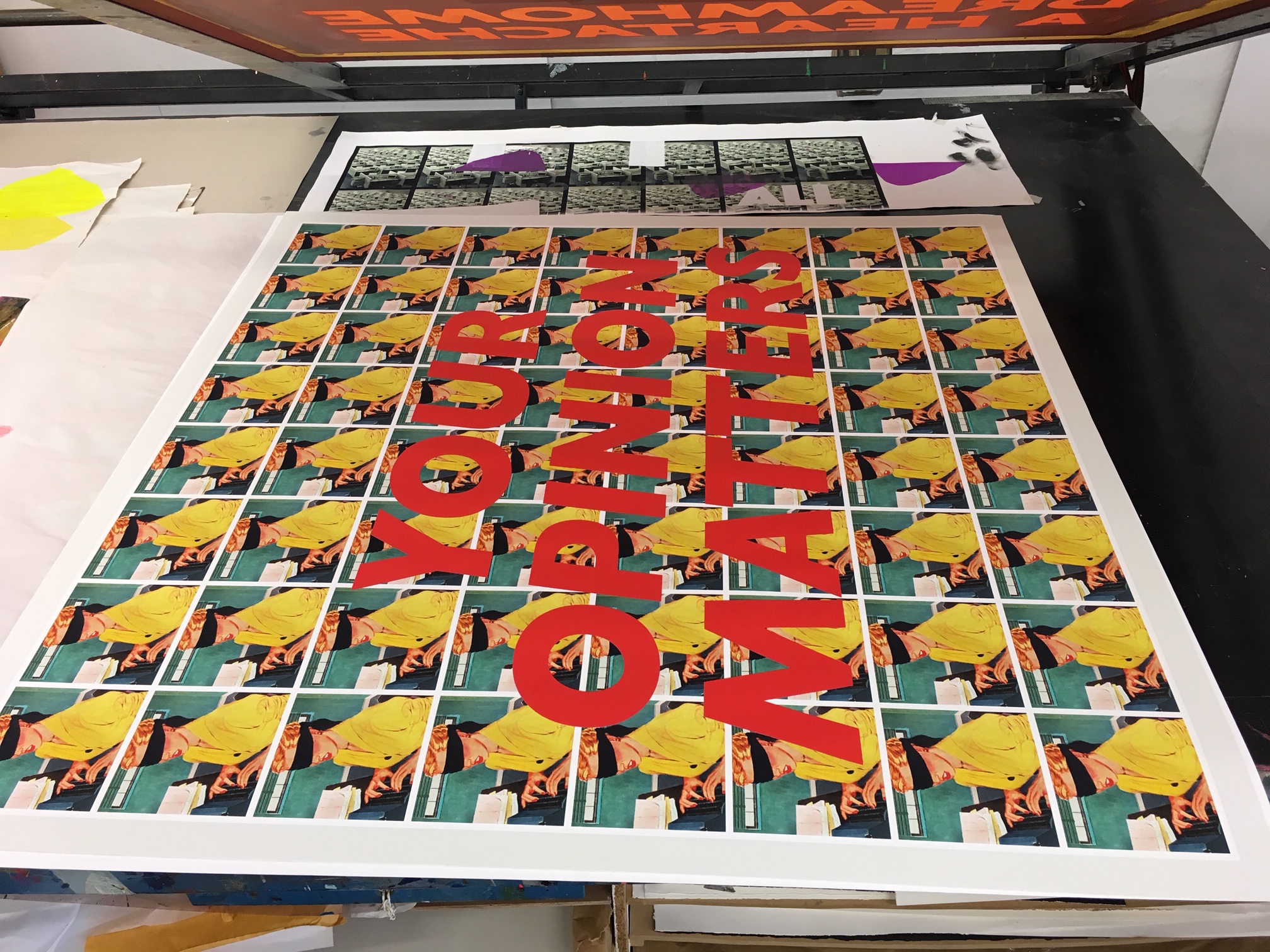 Highlighted in his new collection of repetitive ’ME’ pieces, the artist discusses our uneasy relationship with technology and how we are being subjugated by our own invention.

Oddly Head says, “We are trading privacy and intimacy, companionship and love for a public existence and a virtual thumbs up from people we’ve never met. Keenly aware that we’re being judged on our every pronouncement and every picture we post, we have become absurdly self-absorbed. And who spends more time thinking about themselves and their place in the world than the artist…?” 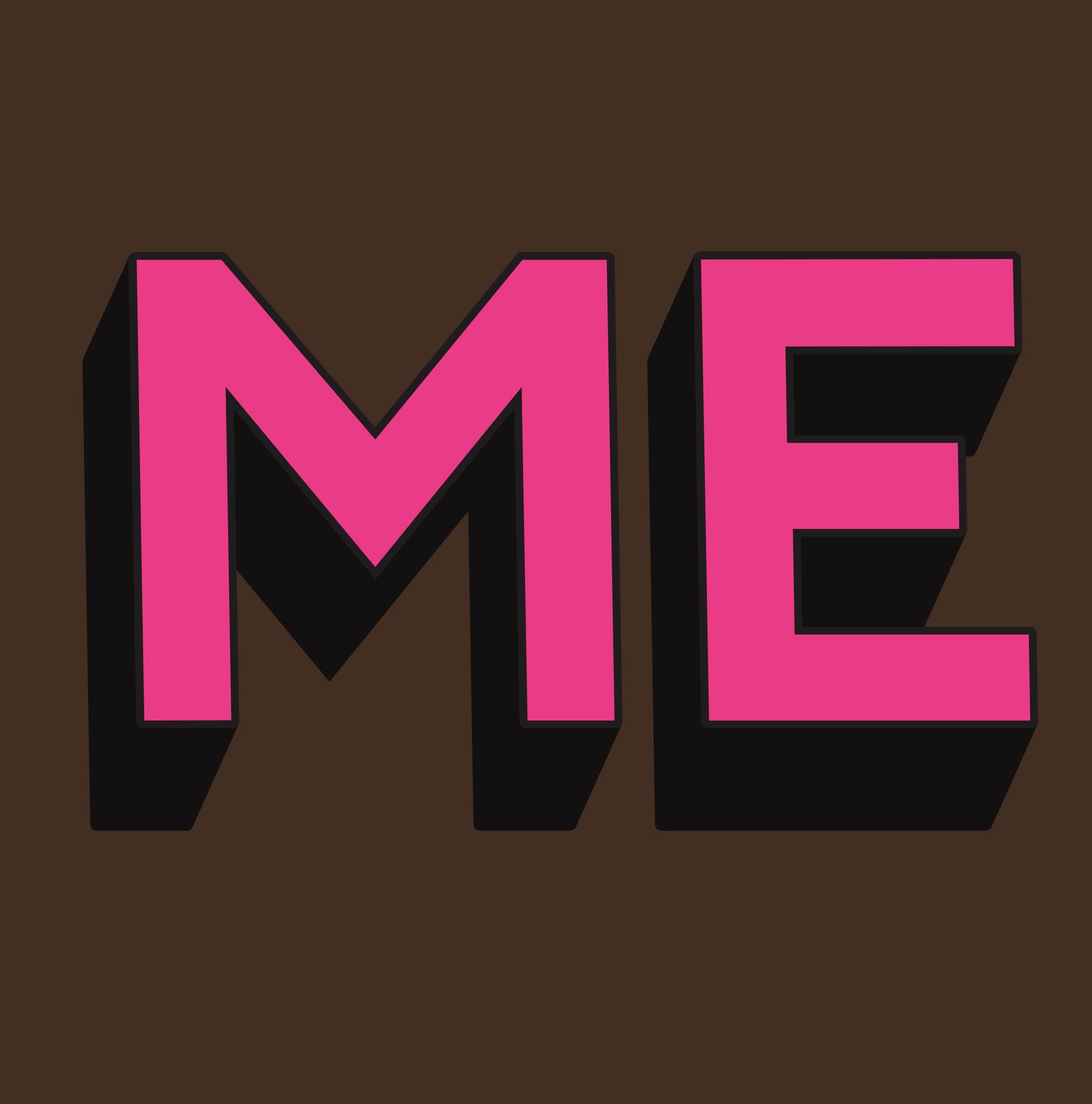 It’s not all doom and gloom in the world of Oddly Head though. Light relief comes in the form of another new work titled 99 Problems. He has cunningly cast a dropped 99 ice cream in plaster and has been decorating the streets of London with this irreverent artwork. These limited edition cones cast in various colours will be on sale at the Private View, launched alongside an ice cream truck giving out refreshing summer snacks. 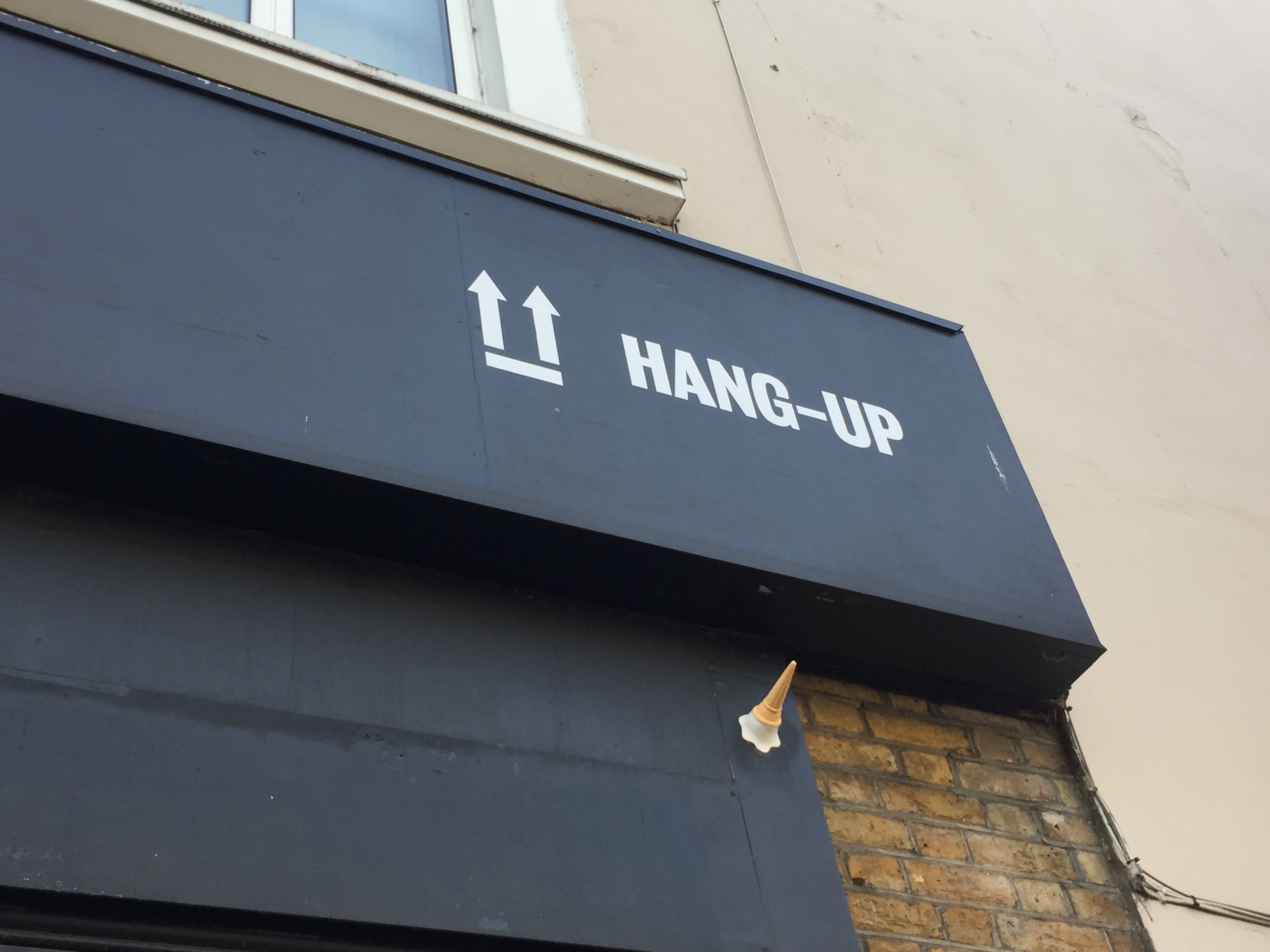 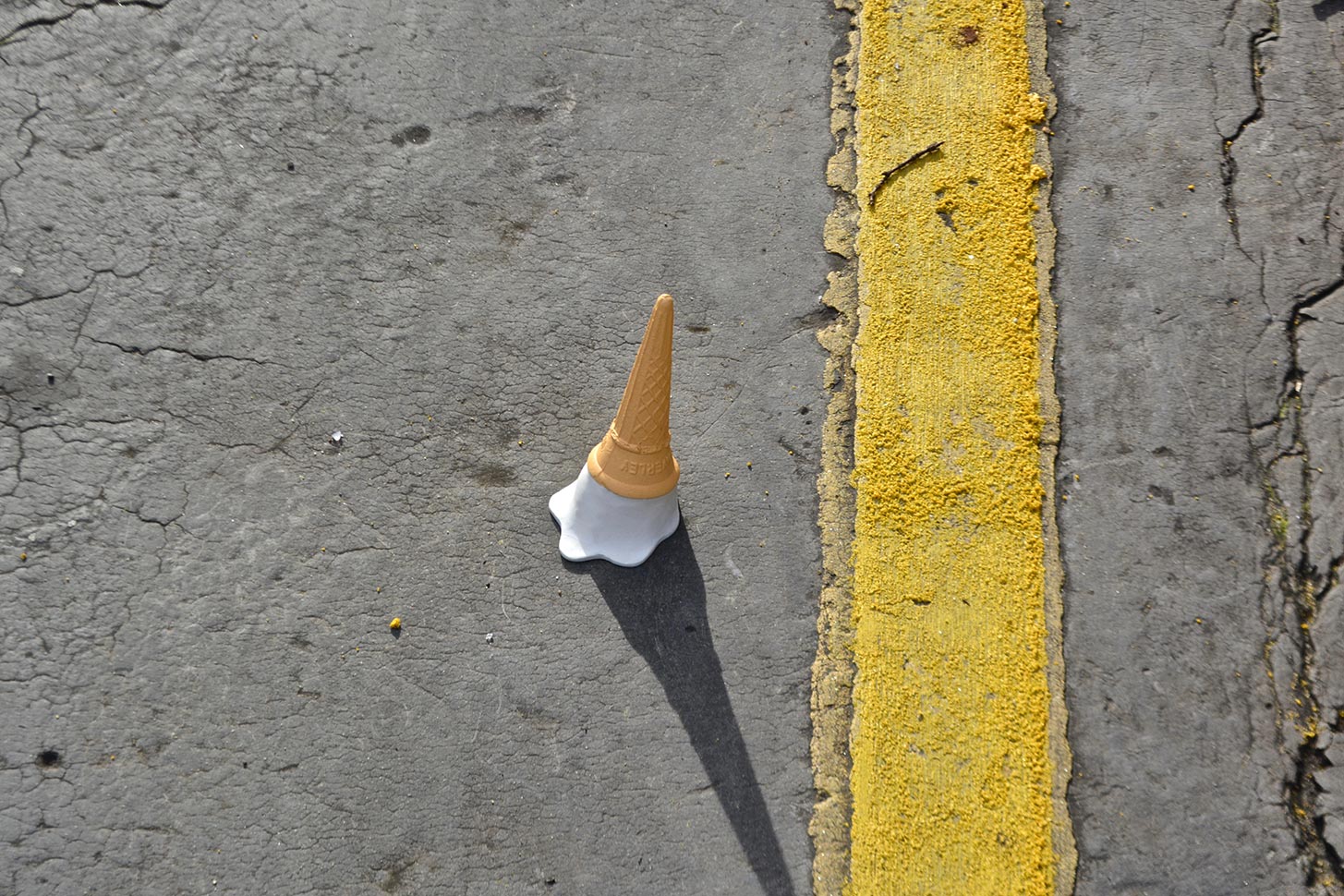 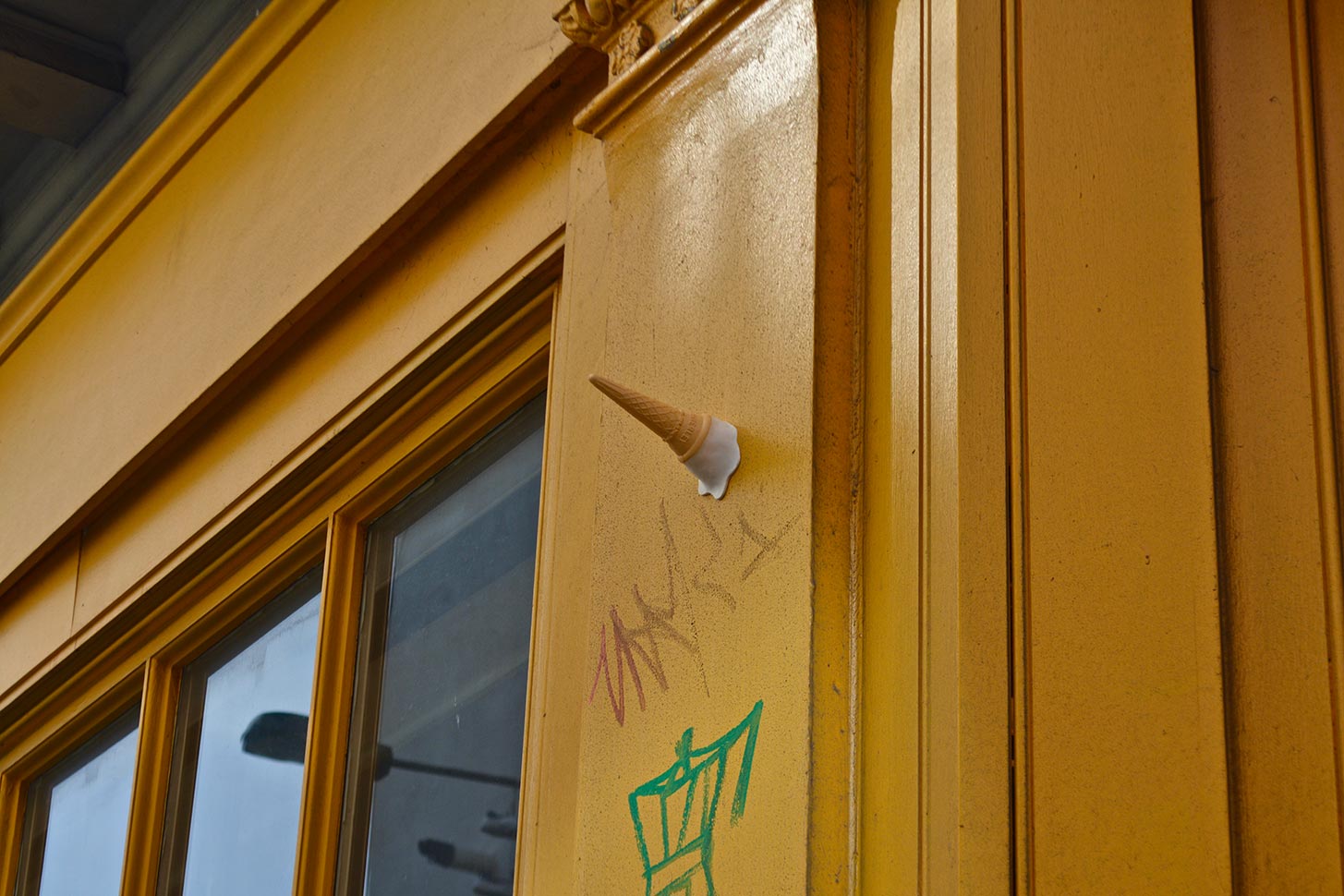 Hand-cast, and available in various colours and flavours, anyone can purchase one of these cones by an artist celebrated for his captivating, humorous work influenced by popular culture and street art.

It has also been rumoured that he will soon be taking on London's West-End. Hang-Up will be keeping a keen eye out for any of the artist's work popping up around the area and will be documenting any activity.

So make sure you remember to tag Hang-Up in your Twitter, Instagram and Facebook posts if you catch a glimpse of one of his pieces around London!

Watch this space for updates on the highly anticipated Repeat After Me.

Oddly Head’s Repeat After Me Exhibition is on at Hang-Up Gallery, 81 Stoke Newington Road, London N16 8AD from 4 August - 3 Sep 2017, with the Private View launch on the evening of the 3 August, from 6 - 9 pm where the artist will be in attendance. 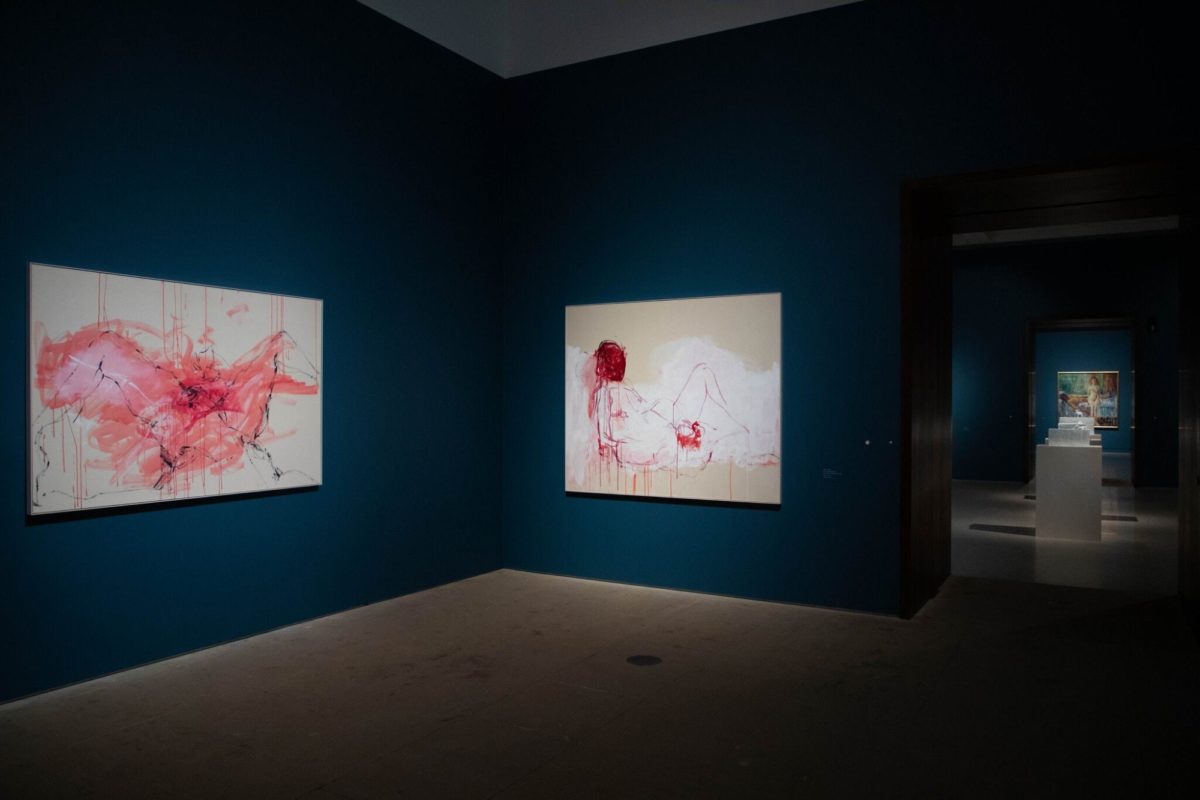 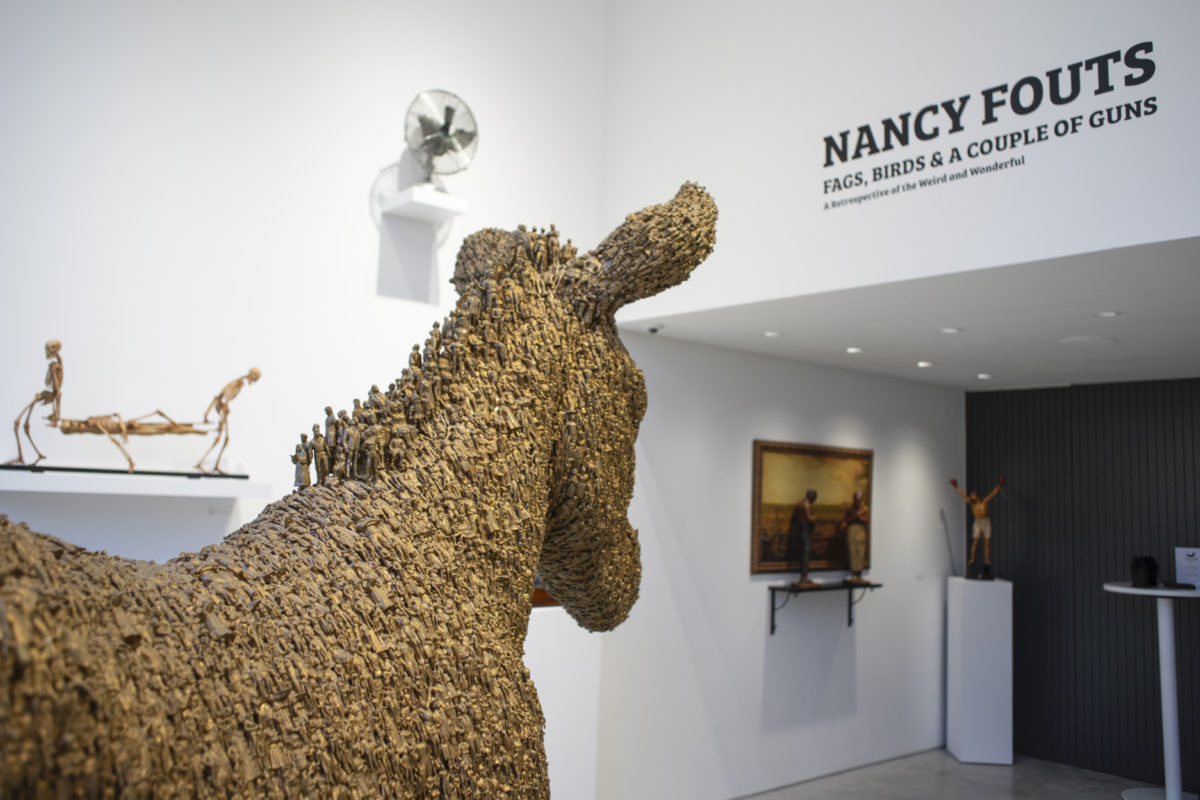 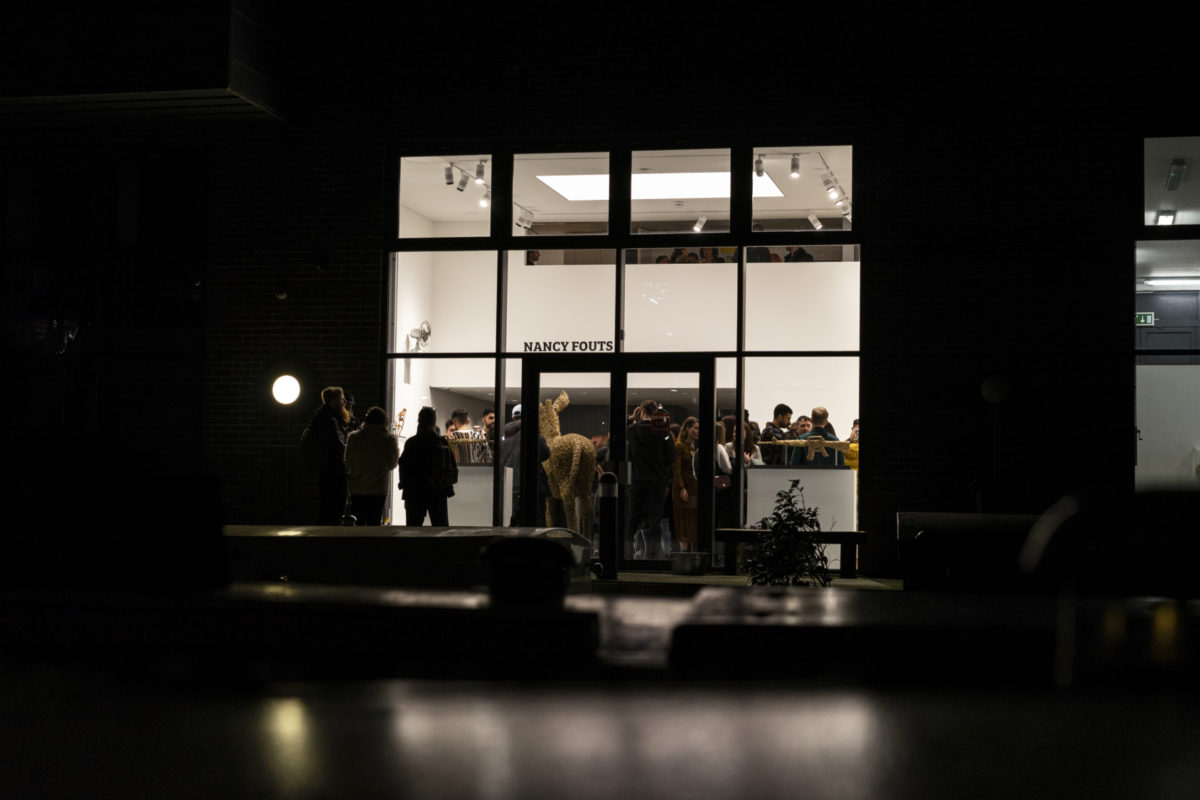 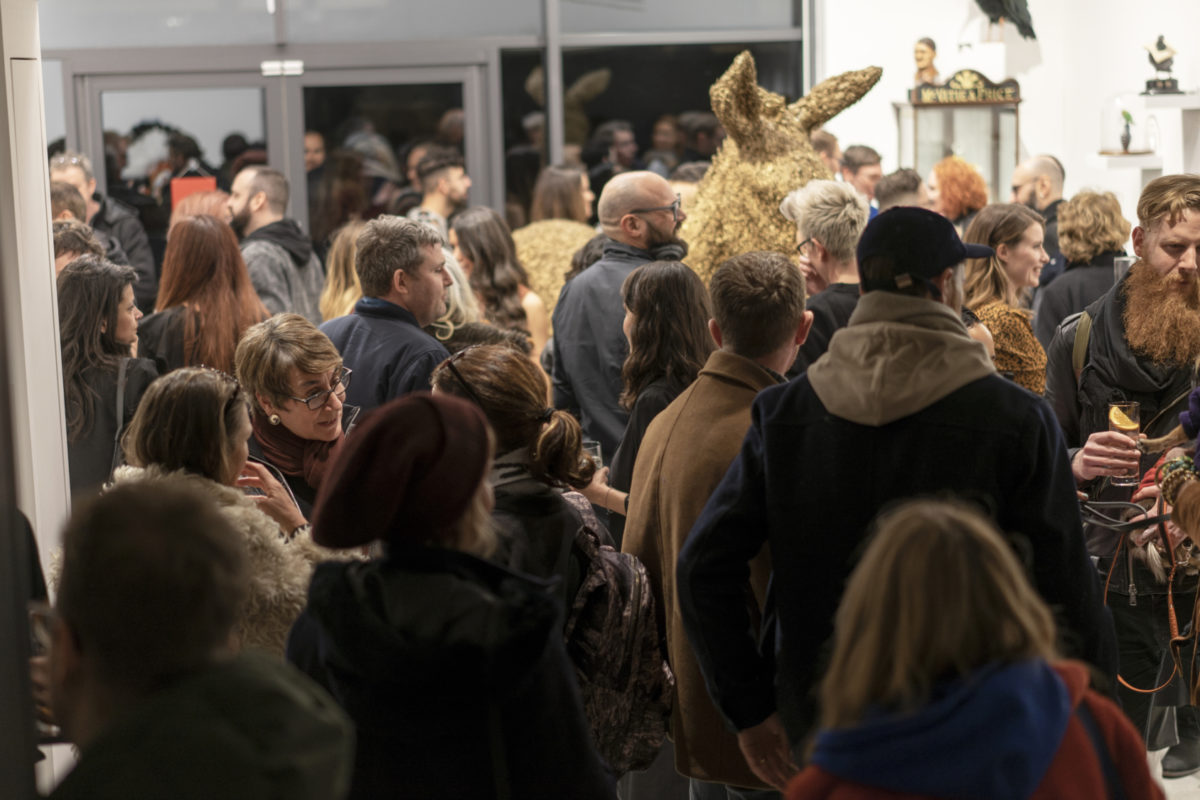 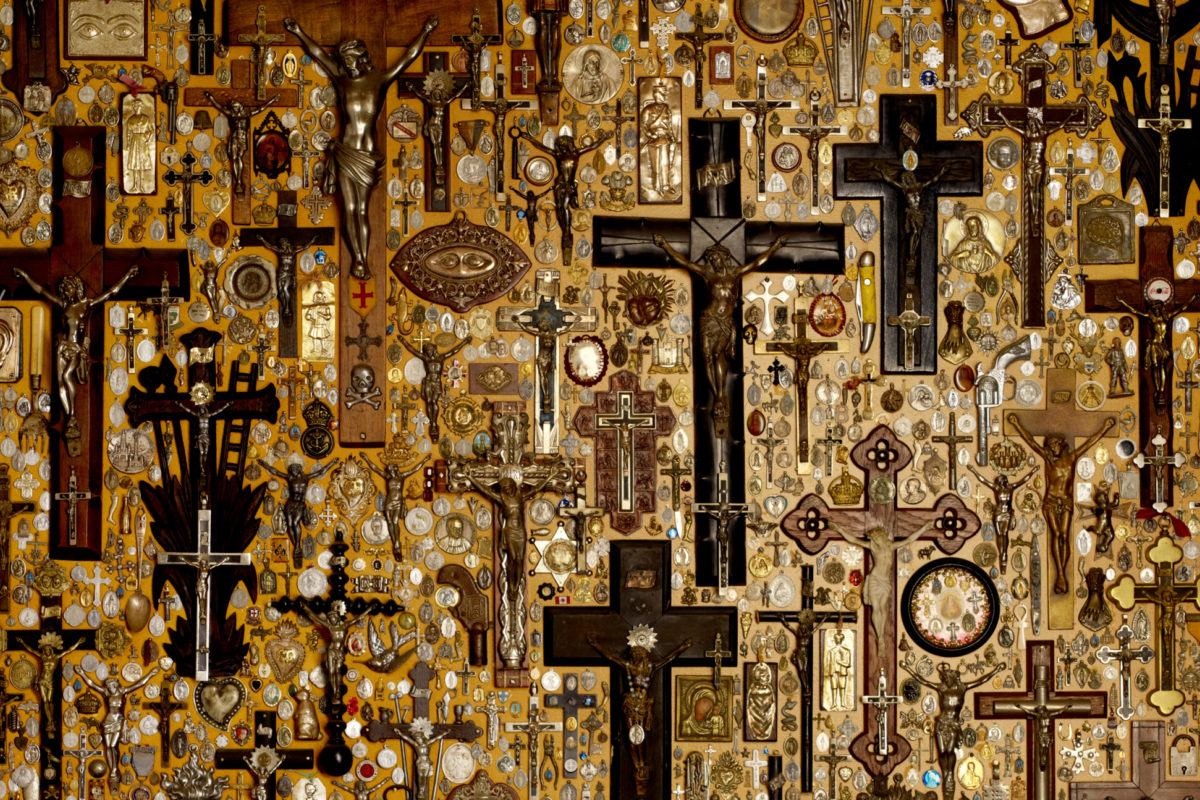 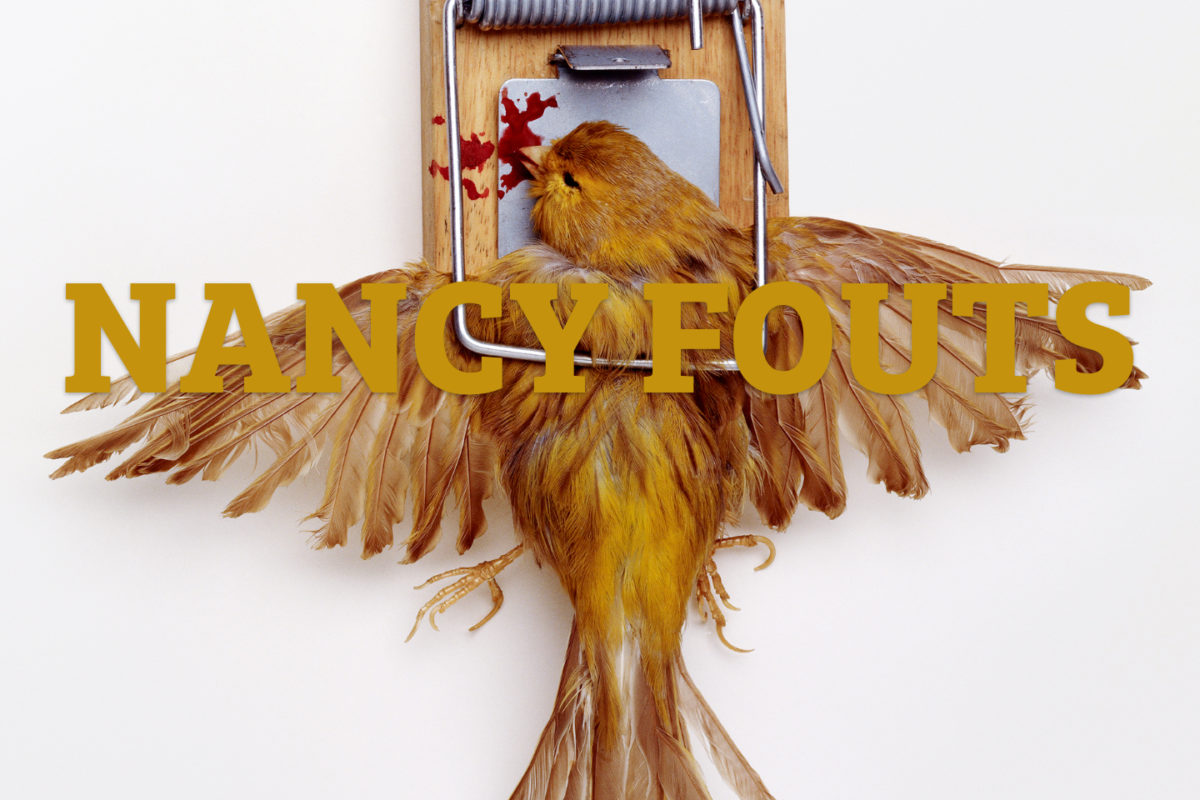