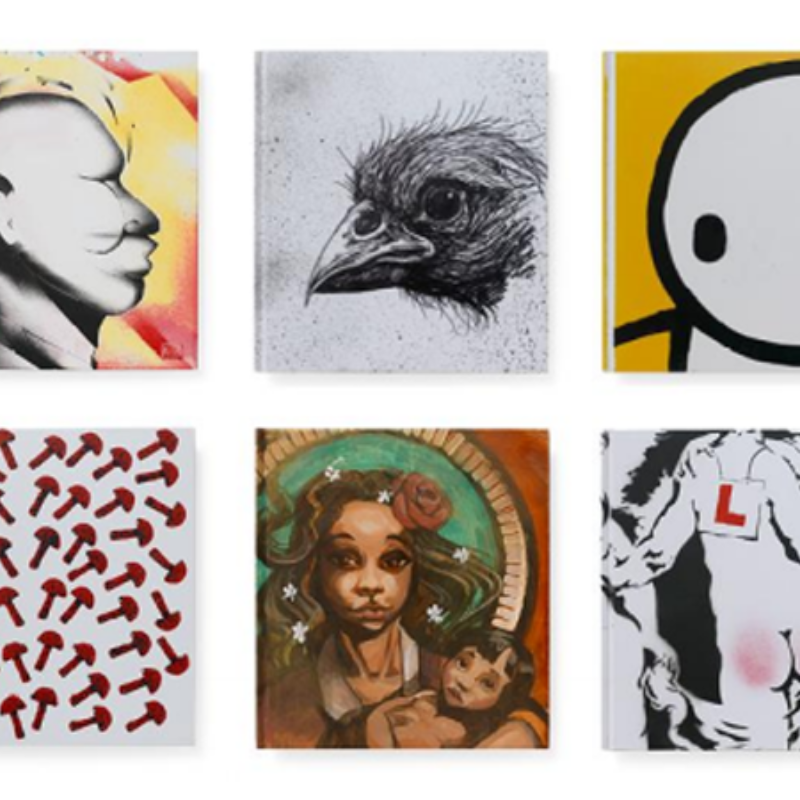 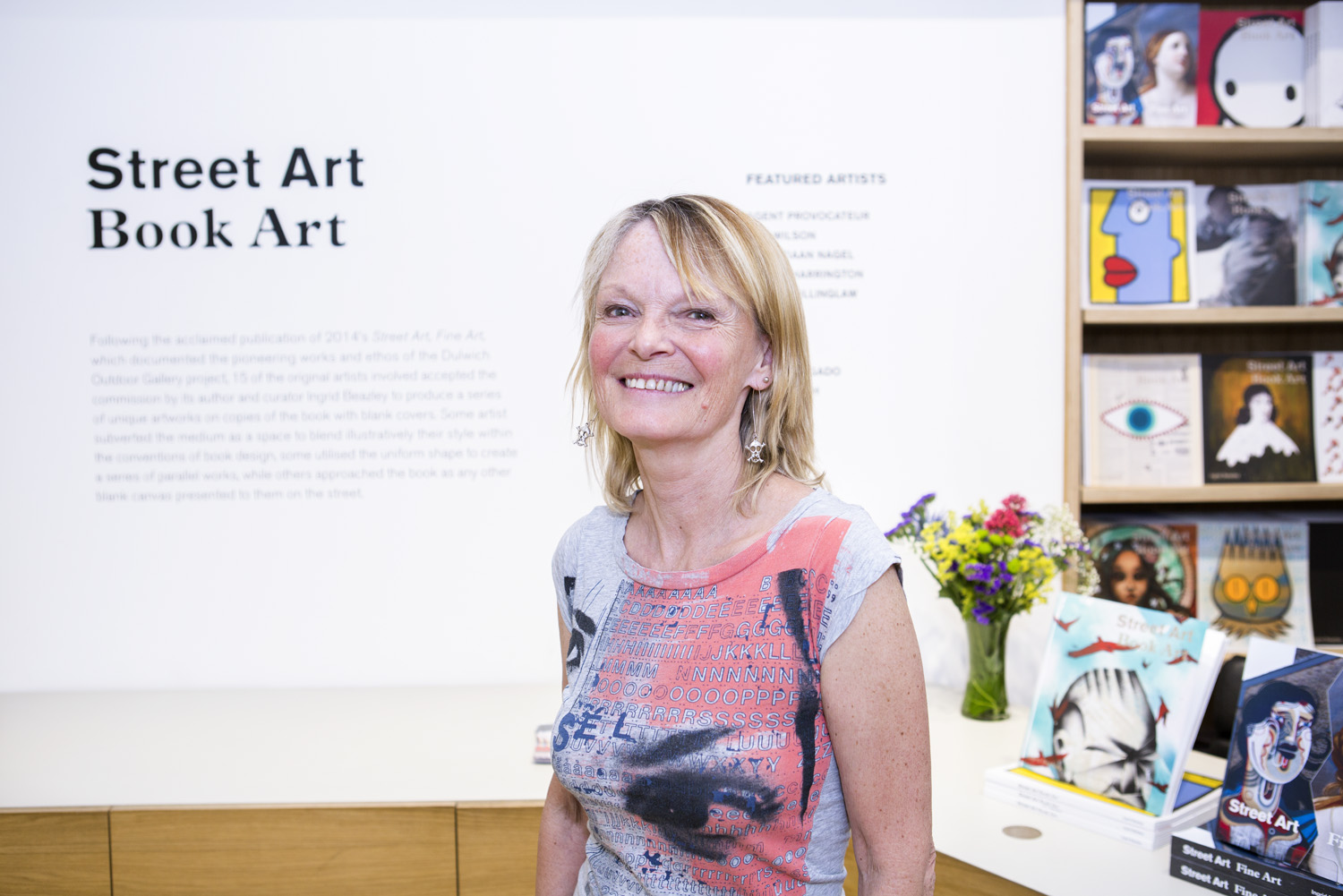 Curator and Writer Ingrid Beazley at the launch. ©Heni Publishing

Hang-Up are very excited to be able to learn more about your amazing Dulwich Outdoor Gallery project. It started back in 2012 after you met street artist Stik, how did the idea develop from this first meeting?

Stik was interested to see Dulwich Picture Gallery when he learned that I worked there. He had never come across artists of its ilk. I showed him round and was massively impressed by his intelligent comments and questions. I have been a guide and teacher there for 20 years and thought I had seen every possible response to the paintings - it is difficult to impress me.

Stik was particularly interested in the full-length figure paintings of people relating to each other, as this is what he paints, so double portraits by Gainsborough and Kettle, genre paintings by Murillo, Adam & Eve by van Aelst and many others. He went on to sketch them in his own style, and the obvious next step was to find him walls around Dulwich Picture Gallery where others could see his insightful interpretations. I found him 6, and after a year had had only good reports from the community.

So when in early 2013, Richard Howard-Griffin (Howard Griffin Gallery) approached me with the idea of expanding the concept to other artists and more walls, I agreed. With his contacts in the street art world and mine in the local community, we put together ‘Baroque the Streets’ festival to co-inside with the 2013 Dulwich Festival. We had 16 more artists and countless walls, including a whole house offered by a property developer that we had painted completely inside and out. Sadly that has now been demolished. Remi Rough, who lives locally, also participated and introduced artists to the project. 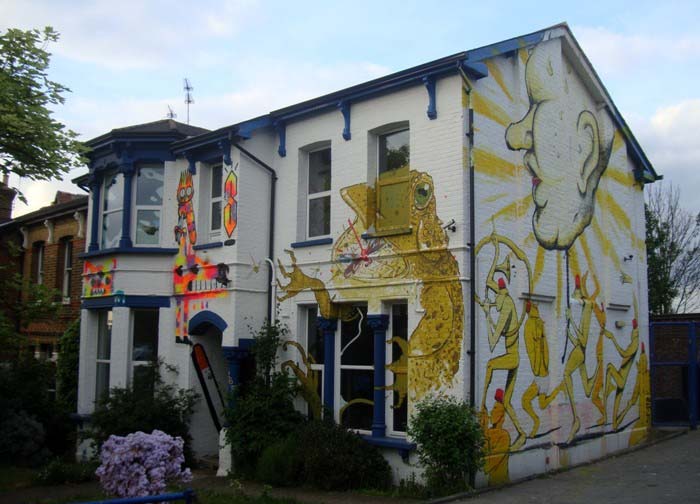 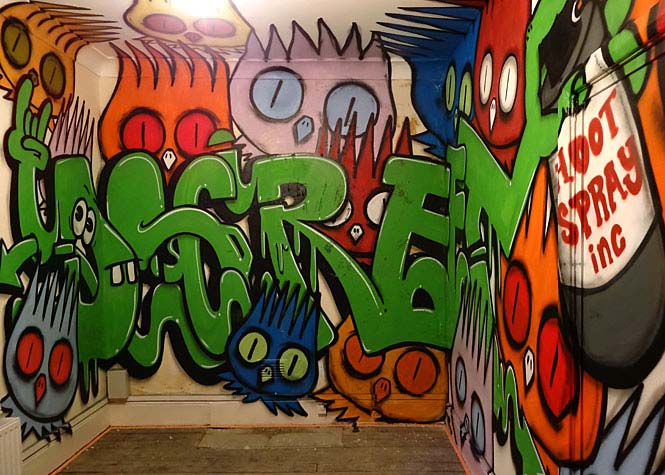 What is your personal connection with street art?

None before I met Stik. I was similar to most people in Britain who had only ever heard of Banksy. But I have always been uncomfortable with the exclusivity of museums and galleries, that they mainly attract older, white, educated people or school/student groups arranged by someone else, and the atmosphere inside is one of hushed reverence, like a church or library, with uniformed attendants ready to jump on you if you get too close to the artworks. I wanted to throw open their doors and drag these wonderful works of art out on the streets where everyone could enjoy them freely, 24/7. I have also worried about the intellectual snobbery in the art history world, the dependence on knowing the background of the work of art, who created it, when, who and what they were influenced by etc. Adults in museums generally go straight up to the labels and read them before looking at the art work, and so are influenced by what they know before they see. Children virtually never read the labels and interact immediately on a personal level with the artworks. I often think that children are emotionally affected by artworks far more than adults, after all, I have watched these reactions for 20 years. Art works on the streets have none of these problems, although the numerous street art walks are going down the route of intellectual snobbism.

The outdoor project focuses on expanding a connection between Baroque masters and some of the masters of our streets today, why is this important for you and also for the Dulwich Picture Gallery?

After the explosion of creativity on the streets of Dulwich and its surrounding area in 2013, I didn’t want it to stagnate. The project had become pretty well known and I had artists approaching me wanting to participate, and wall owners offering walls. So now I just match wall with artist, taking into account the neighbours and what goes on in the local streets. In this way I add about a wall a month to what I now call, Dulwich Outdoor Gallery, to differentiate the murals that relate to DPG paintings from any others that may go up in the area. I don’t have monopoly of every mural!

So in the same way that museums and galleries have special exhibitions to keep interest in them alive, I add more walls to the Dulwich Outdoor Gallery ‘permanent collection’. In the summer of 2013, local traders reported an increase in footfall in their shops/cafes of a third, which they believed was due to people coming to the area for the street art. I would like to maintain that interest. 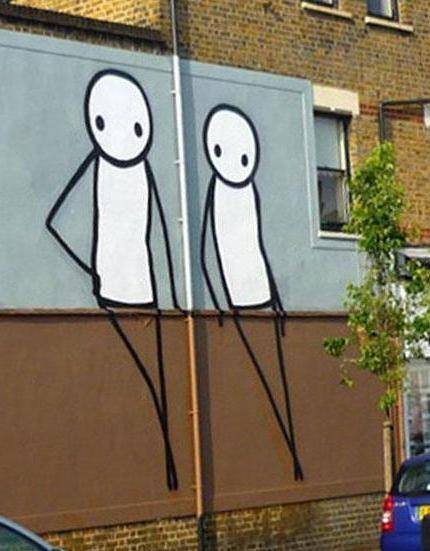 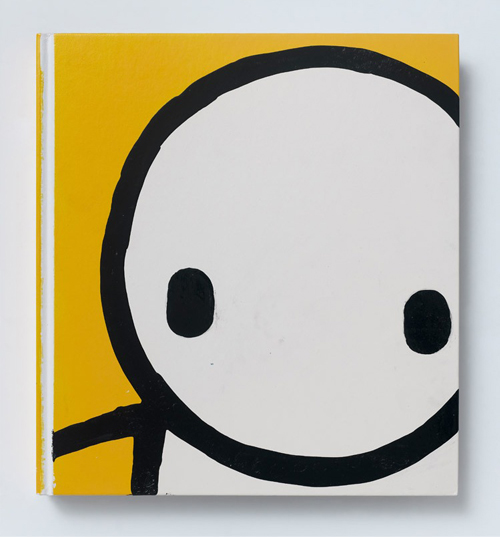 Artist Stik's mural based on Thomas Gainsborough's painting 'A Couple In A Landscape' 1753 and 1 of his 5 versions of Street Art, Book Art

We are very lucky in London to have access to so many amazing works from throughout history, Street Art however will inevitably be replaced or disappear with time, do you think these great murals should be preserved like the works in DPG?

I have pondered this myself, and looked sadly on as I notice deterioration of some of the walls, and especially of Pablo Delgado’s paste-ups. I come from a background where the preservation of artworks is obsessive, where huge amounts of money is spent on climate control – temperature, humidity, light levels. The light is often so low to prevent fading for future generations, that this present generation cannot see the works properly. And of course security – alarms, bars, locks, attendants saying ‘Don’t go near, don’t touch, don’t breathe...’

Then I noticed that the street artists themselves were not particularly bothered what happened to their works after they had created them. They walked away and on to pastures new. David Shillinglaw explained to me, when I asked him to come and renovate his wall that had had a tag, that he didn’t really mind that, it was part of the history of the wall. He was happy to paint a completely new mural, but did not want to keep up his old one.

I now see his point, and agree with him, and the weight of responsibility to keep the Dulwich Outdoor Gallery walls pristine, has been lifted from my shoulders (although I still paint out tags myself!) After all, street art is photographed obsessively by so many people and often the artists themselves, and these images are available to all on the internet well after the artworks themselves have gone. I have contributed myself to this documentation by bringing out the books ‘Street Art Fine Art’ last year and a fully updated paperback version which includes 10 new walls, which comes out tomorrow.

Dulwich is a quiet suburban part of London, how do you feel the project has diversified the area?

I have had a lot of feedback in all sorts of ways – from the local traders, the wall owners, local bookshops who sell my book, from the ubiquitous East Dulwich Forum, where everything local is discussed in minute detail, the huge response whenever I put on a street art walk, from the number of schools and even an American university who have asked for street art walks that end in Dulwich Picture Gallery, from the conferences and discussion panels I have asked to be on etc. So I have a pretty good idea that the Dulwich street art has created quite a stir and has introduced the area to a great many people who had not heard of it before. A couple of months ago I was asked by the Oakland Museum of California Art Guild if I would give a street art/DPG tour to their patrons’ group, some 20, high end Americans aged between 65 and 75 from San Francisco. They were in a coach, which they were reluctant to get out of, but they seemed extremely pleased to have discovered this ‘cute’ little area of London. 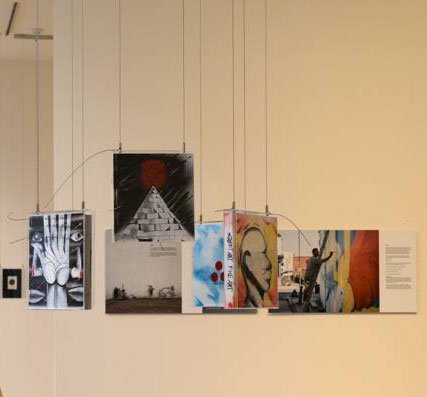 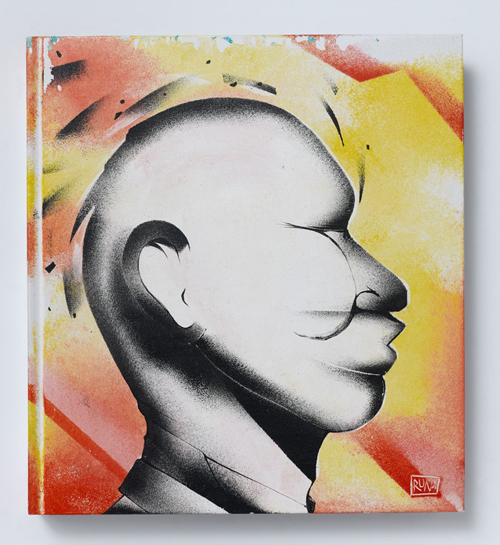 You are now publishing your second book on the project, what are the main themes and goals of this publication?

My first book which came out last year, is an extremely high quality, beautifully designed art book, with an extraordinary cover, published by a niche art publisher, Heni, and printed by a top end printer in Italy. Its RRP is £49.99 and it makes a wonderful present or special occasion purchase, but is not something easily afforded on a whim. So the idea of the second version was not only to print it in paperback but also to include the 10 new walls that had been painted since. This one is a much more affordable £20 and like street art, is more accessible to all.

What can we look forward to seeing from the project in the future?

Who knows. A year ago I had no idea that the project would lead to so many guided tours, conference appearances, requests for spray paint workshops etc. They have kept me busy, and I have been able to employ others to take some of the walks and lead the workshops. Often art students volunteer to help the street artists, and so more and more people are involved in the project. This can only increase.

Both Peckham and Herne Hill are undergoing large regeneration projects and I have asked to be involved in those.

Many people have said had no idea the walls were curated and had anything to do with Dulwich Picture Gallery. Why should they know, I dont like labels! But I did approach the informatics department of Kings College London if any of their students would like to create an app with more information about the walls, and 5 groups did that as part of their syllabus. None have come to fruition yet, but may well do in the autumn.

Basically, Im open to whatever comes this way. 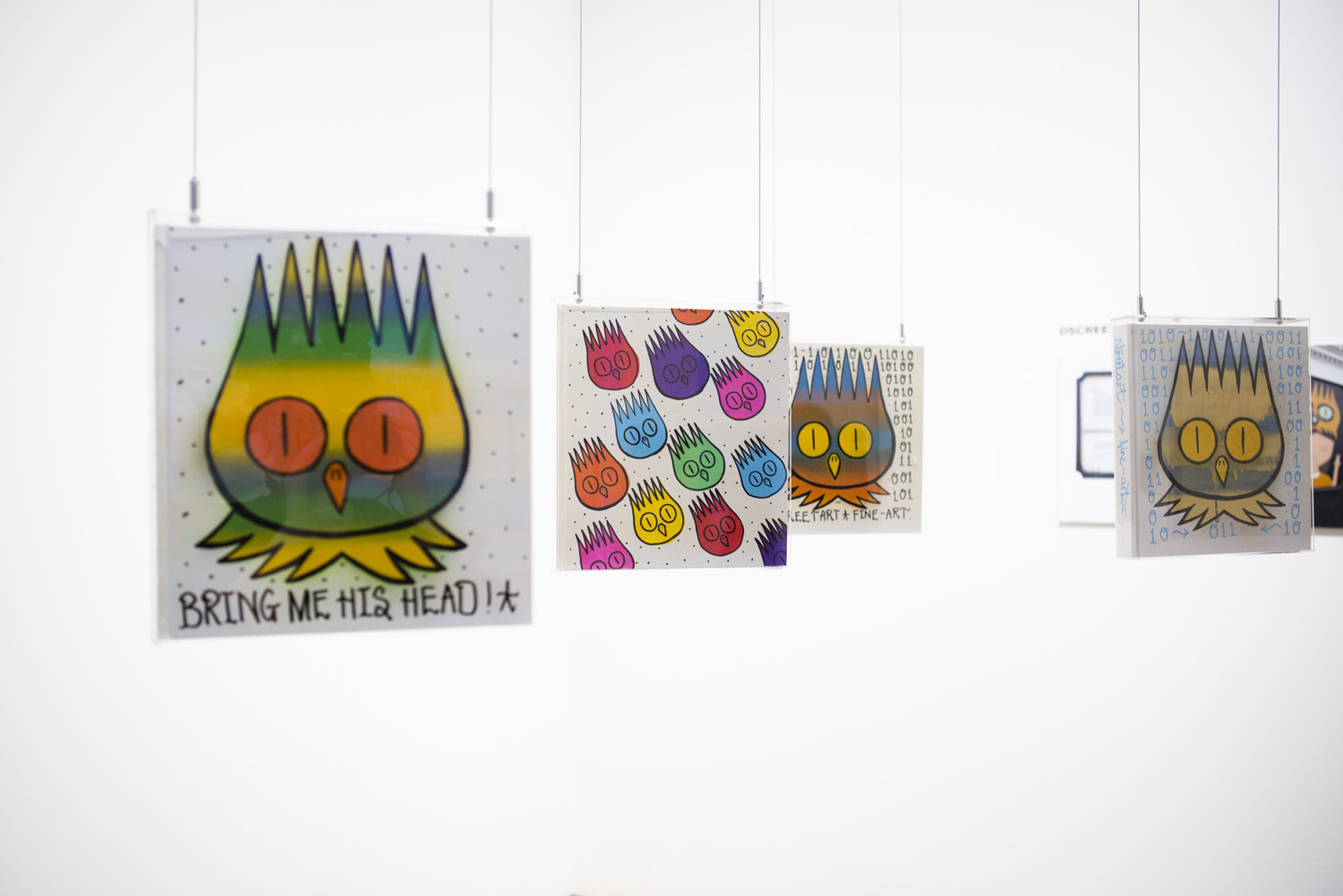 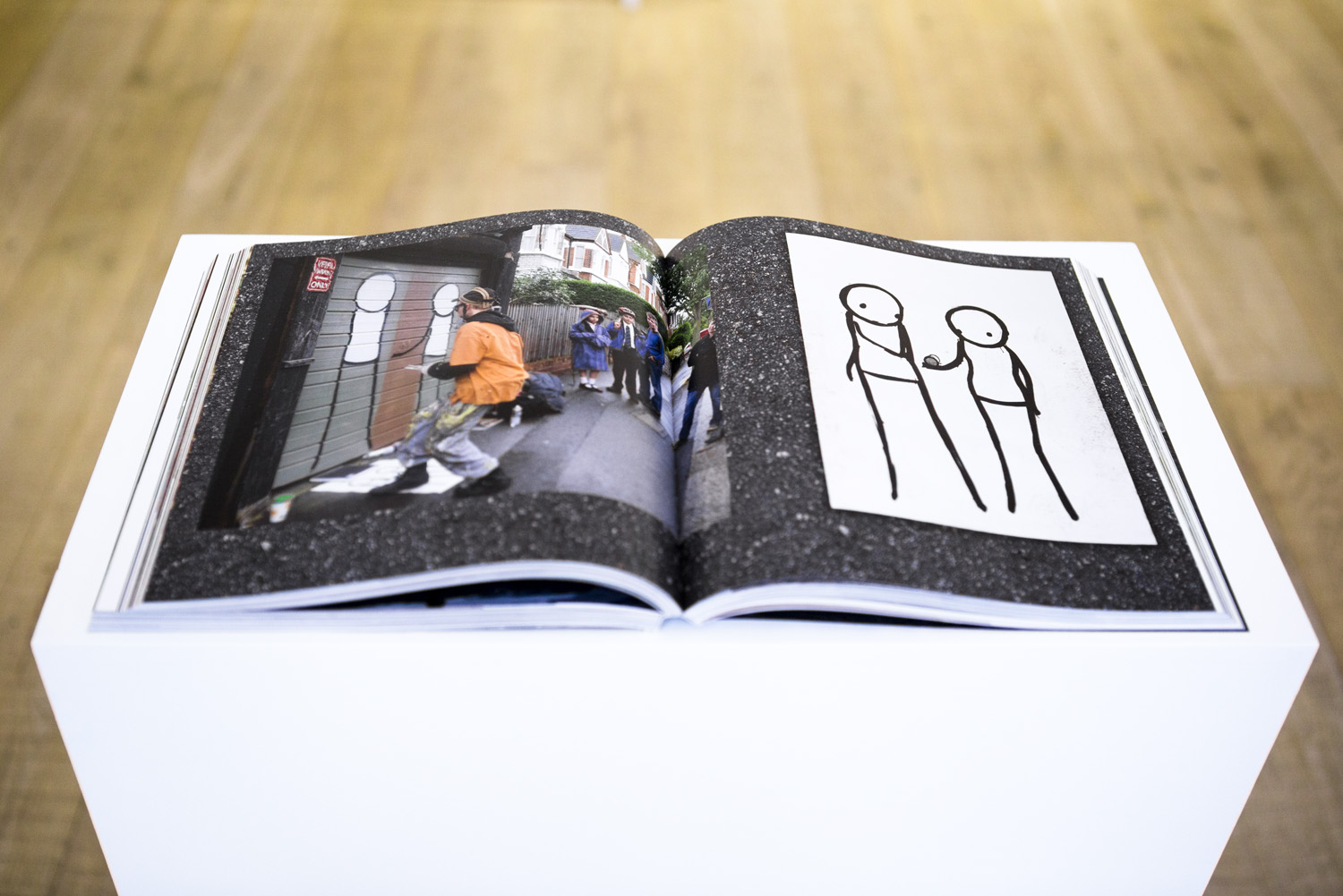 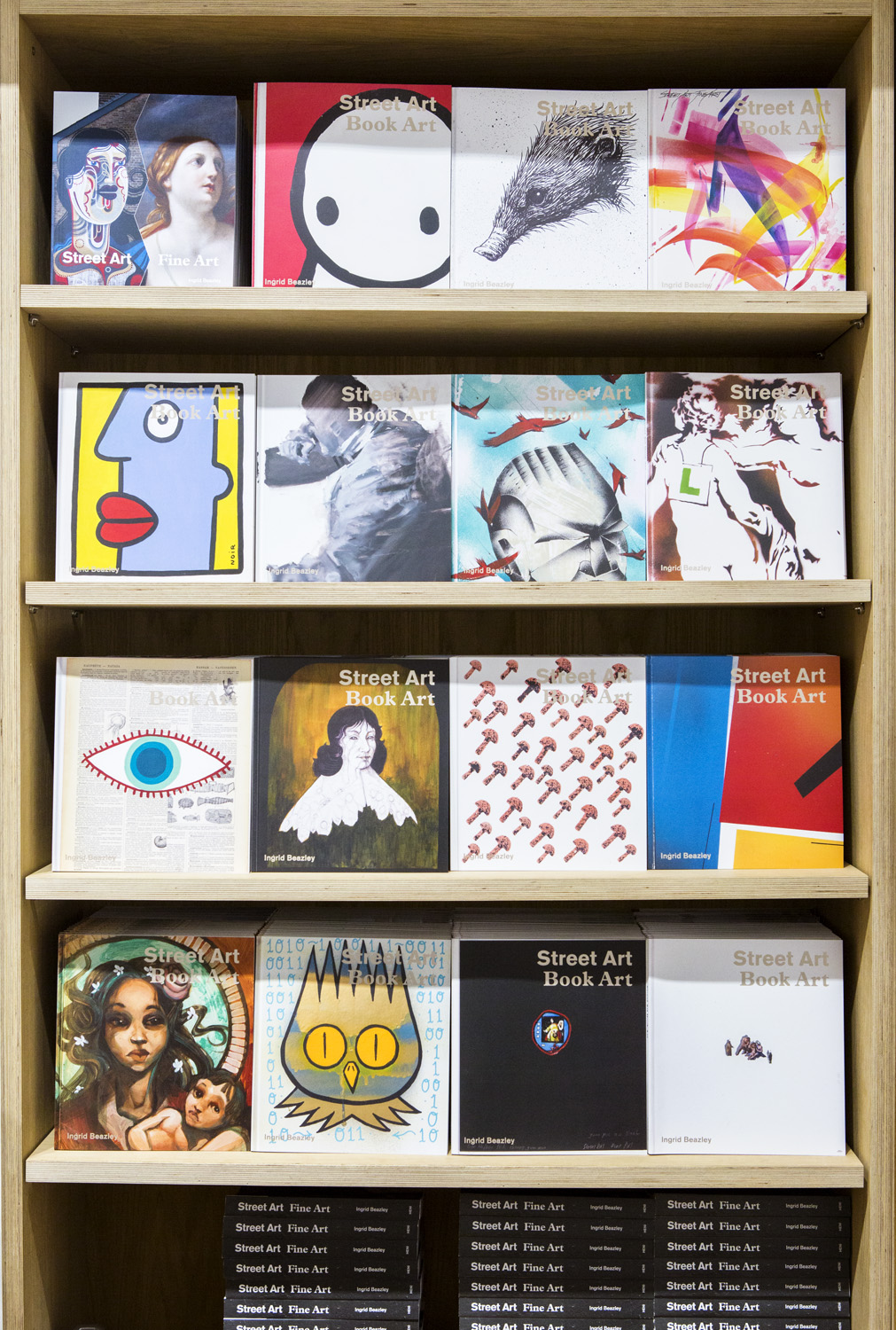