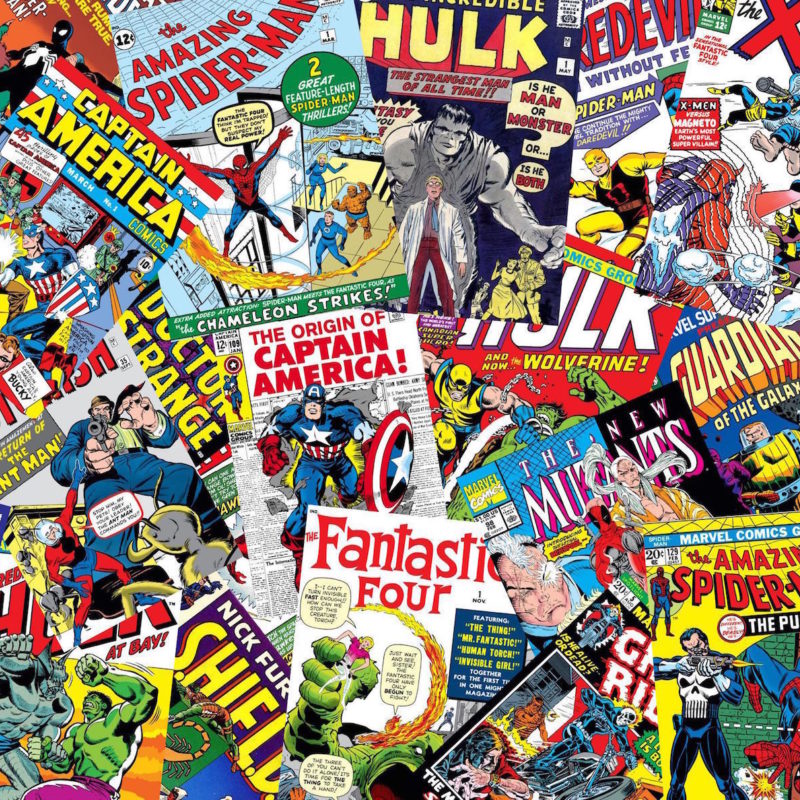 Superhero comics first emerged between the 1930s and 1940s; during the time of World War II and The Great Depression, the first ever series of Action Comics #1 in 1938 introduced the character of Superman. This saw the start of the superhero genre and is considered to be the most valuable comic book of all time. 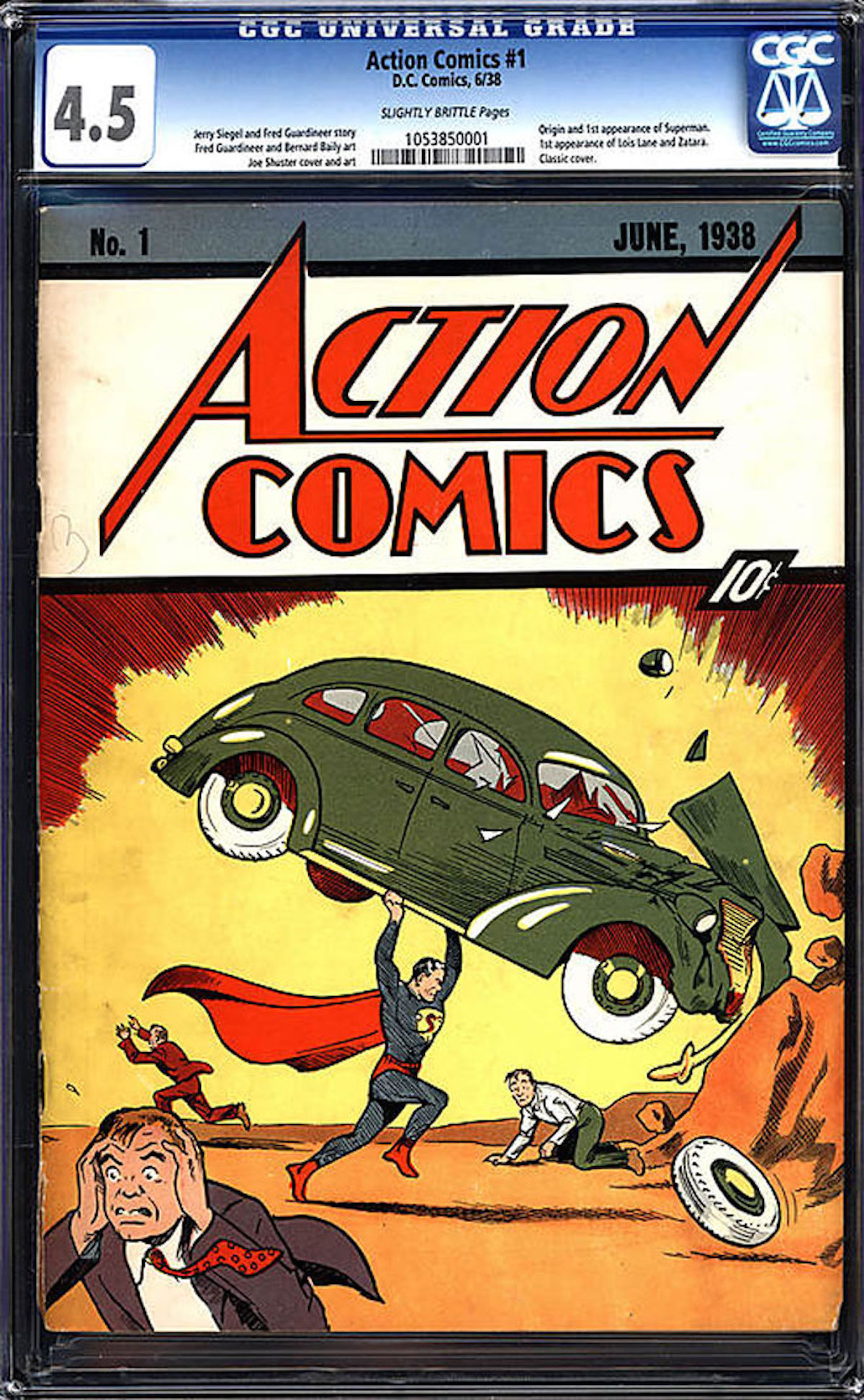 For collectors, this first series is considered to be the ''holy grail'' of comic collecting. In 2014, a mint limited edition copy of Action Comics #1 was auctioned off on Ebay and eventually sold for $3.2 million -- this was by far the highest price ever paid for a comic book.

Other limited edition comics that were sold for $1 million include Spiderman's Amazing Fantasy No.15 and Detective Comics No.27, which are both famous for the first appearances of superhero's Spiderman and Batman. 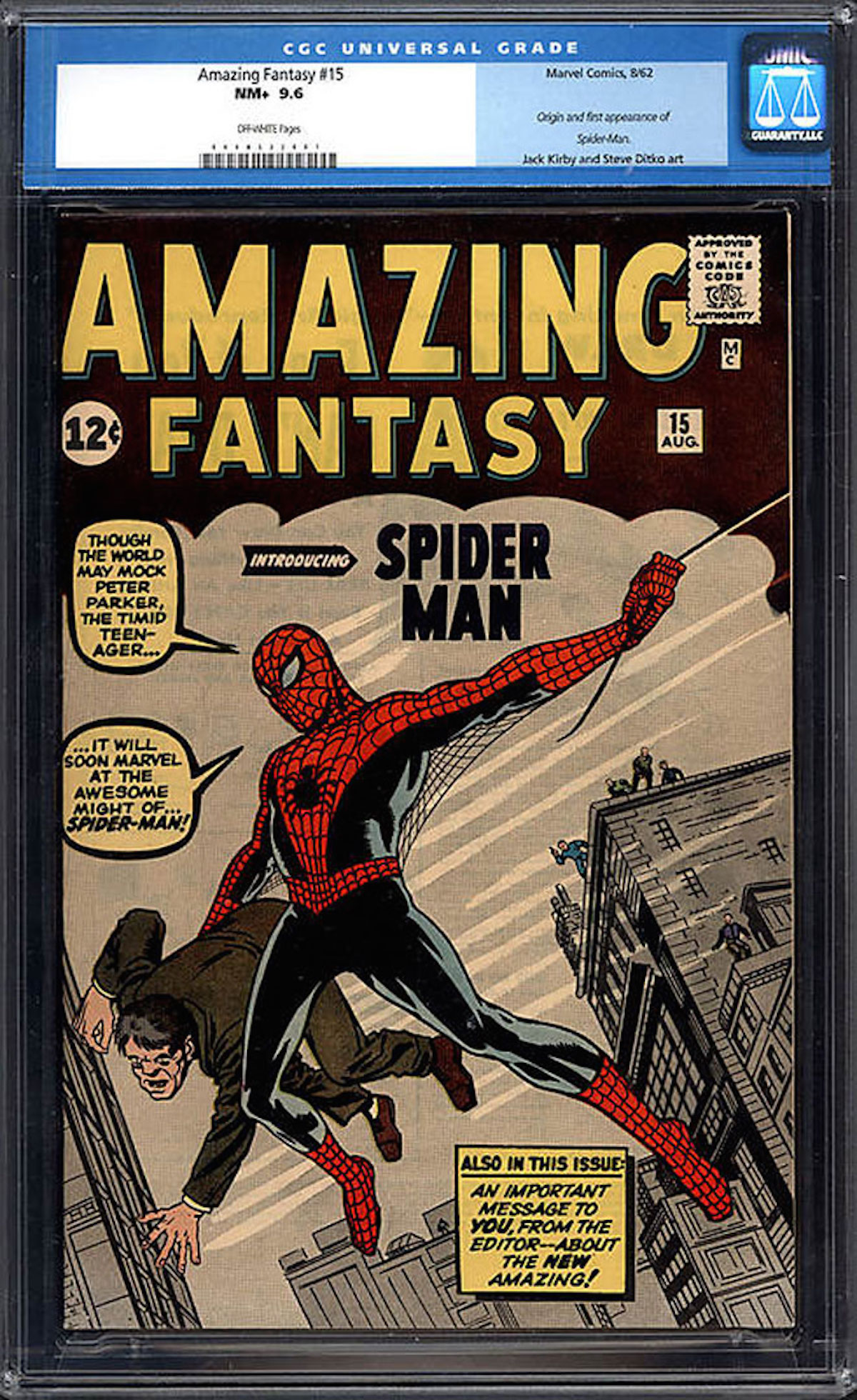 Collecting comic books has long been a hobby enjoyed by millions of people around the world, who often treat them as artworks, to be preserved and sought after. As the decades pass, people who grew up reading and loving comics reached a point where they wanted to go back to something they enjoyed when they were young. Many actors who have appeared in DC and Marvel films have professed to be comic book collectors. In 2003, actor Ben Affleck starred in Marvel's Daredevil; he started collecting comic books from the age of 10 and to this day he still treasures them. 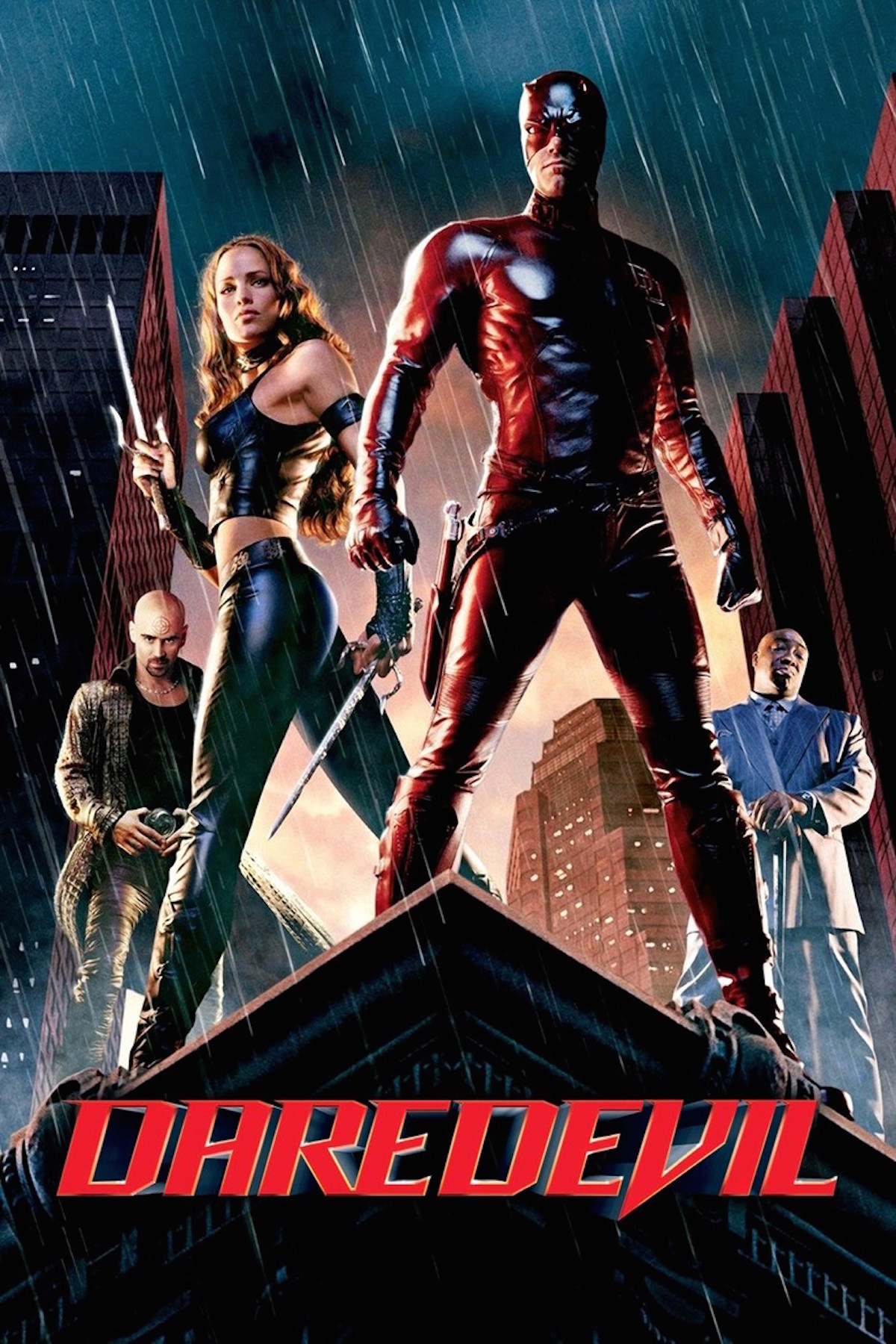 Actor Nicholas Cage changed his last name from Coppola to Cage, which was inspired by Marvel's Comic book superhero Luke Cage. Although having auctioned off most of his artworks in 2002, Cage had been a collector for many years and later starred in Marvel's 2007 blockbuster Ghost Rider. 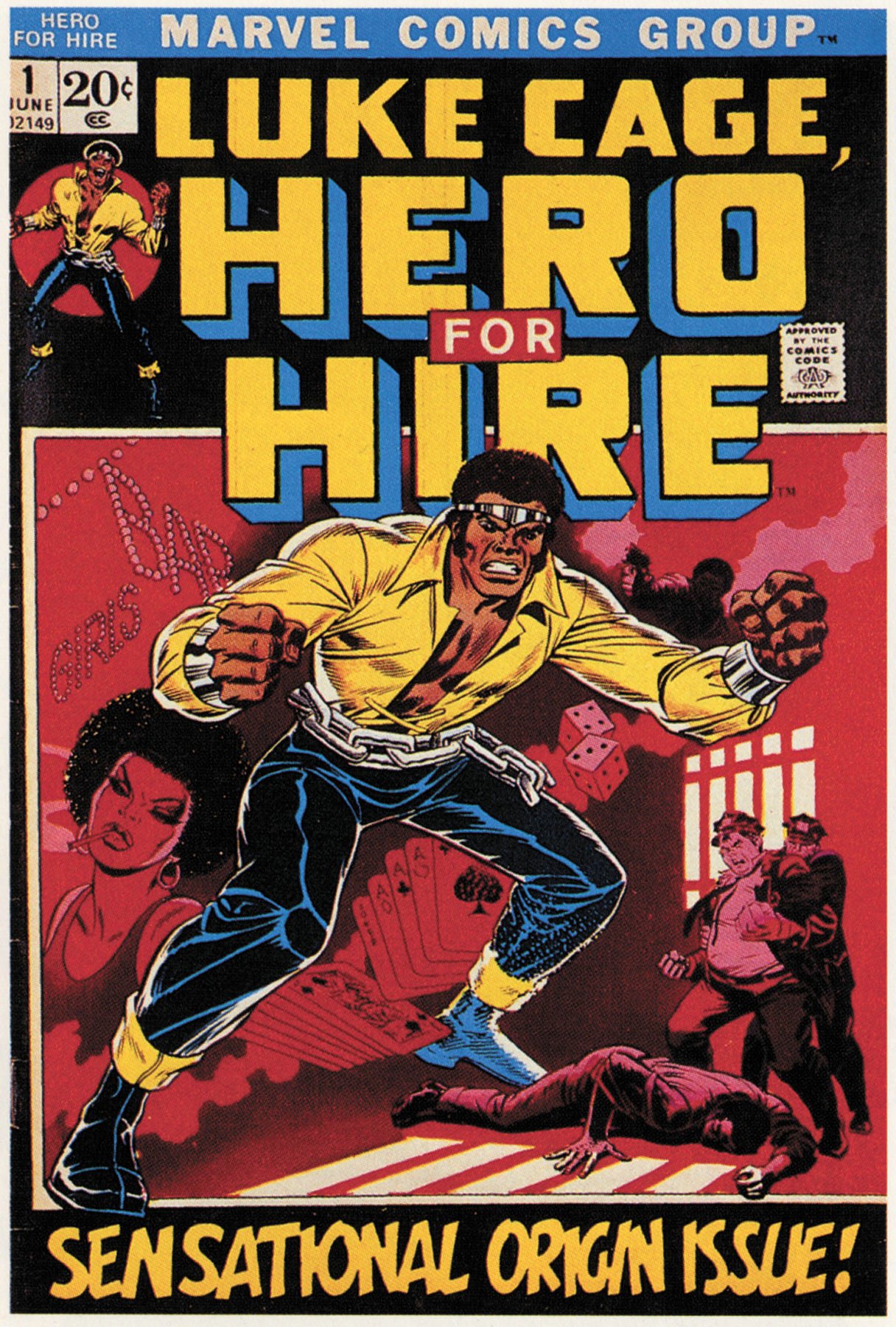 Rapper Eminem is another figure among the comic book collectors. Many of his songs and music videos have references to comics. In 2002, his music video 'Without me' featured comic-themed scenarios of Eminem dressed as a superhero similar to that of DC's Robin (Batman & Robin). The Detroit rapper has always enjoyed and collected Marvel vintage comics such as The Hulk, Spiderman and Batman and has referred to them as 'pieces of history'.

An executive from Shady Records, Eminem's record label, had said in an interview "If you asked Method Man, Just Blaze, DMC, Chuck D, their music was inspired by the comic book world, and specifically the Marvel characters".

Hip-Hop legend Darryl "DMC' McDaniels, founding member of RUN DMC, has started his own comic publishing house called Darryl Makes Comics. He grew up reading comic books and always had a passion for them. As a young artist, the rapper stated how much of an impact these superhero characters had on his ability to express himself. ''I was a nervous little nerdy kid," DMC said. "I didn't want to get up in front of y'all and rhyme but then what gave me confidence, out there on stage was pretending that I was the Hulk on the microphone." 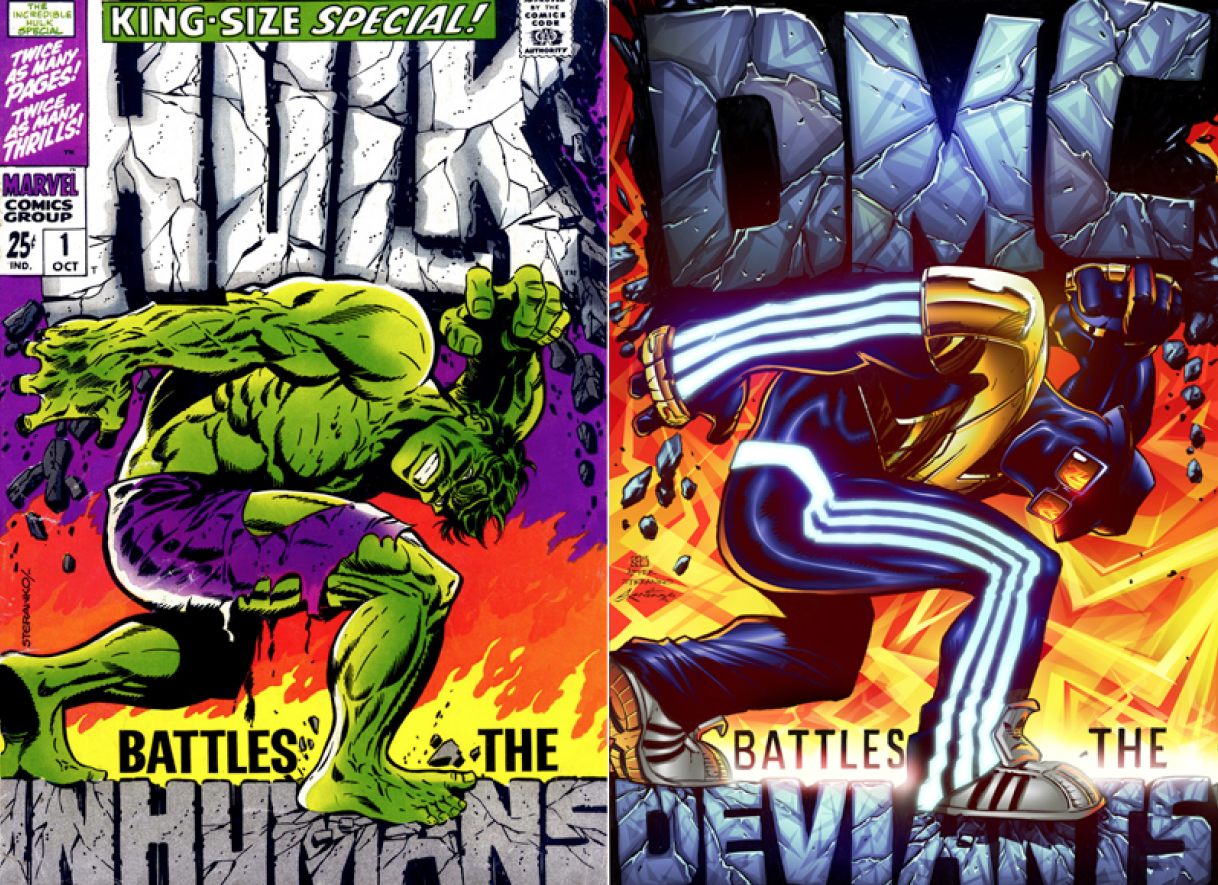 DMC's version of The Hulk

DMC catalogue is ready to browse! 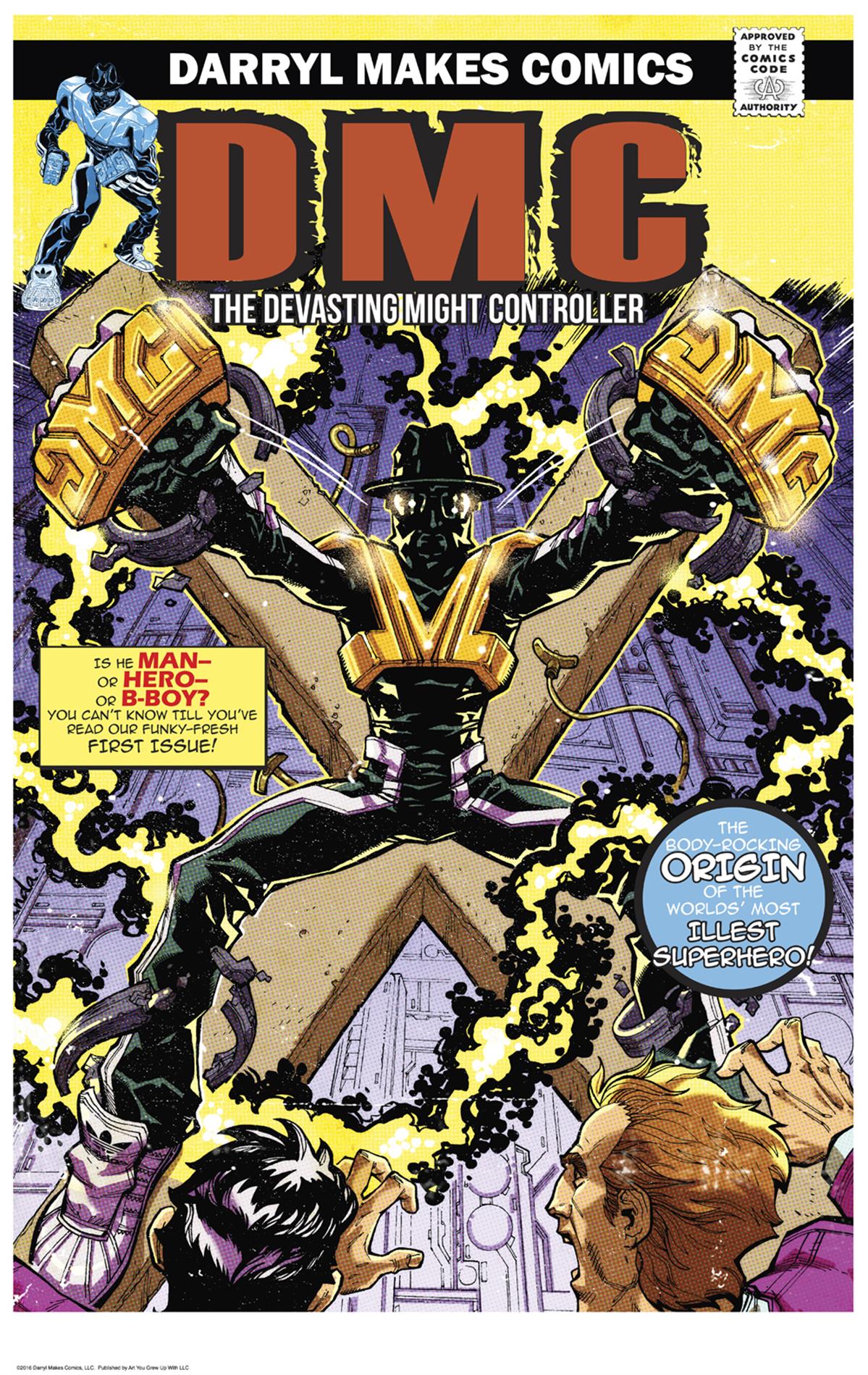 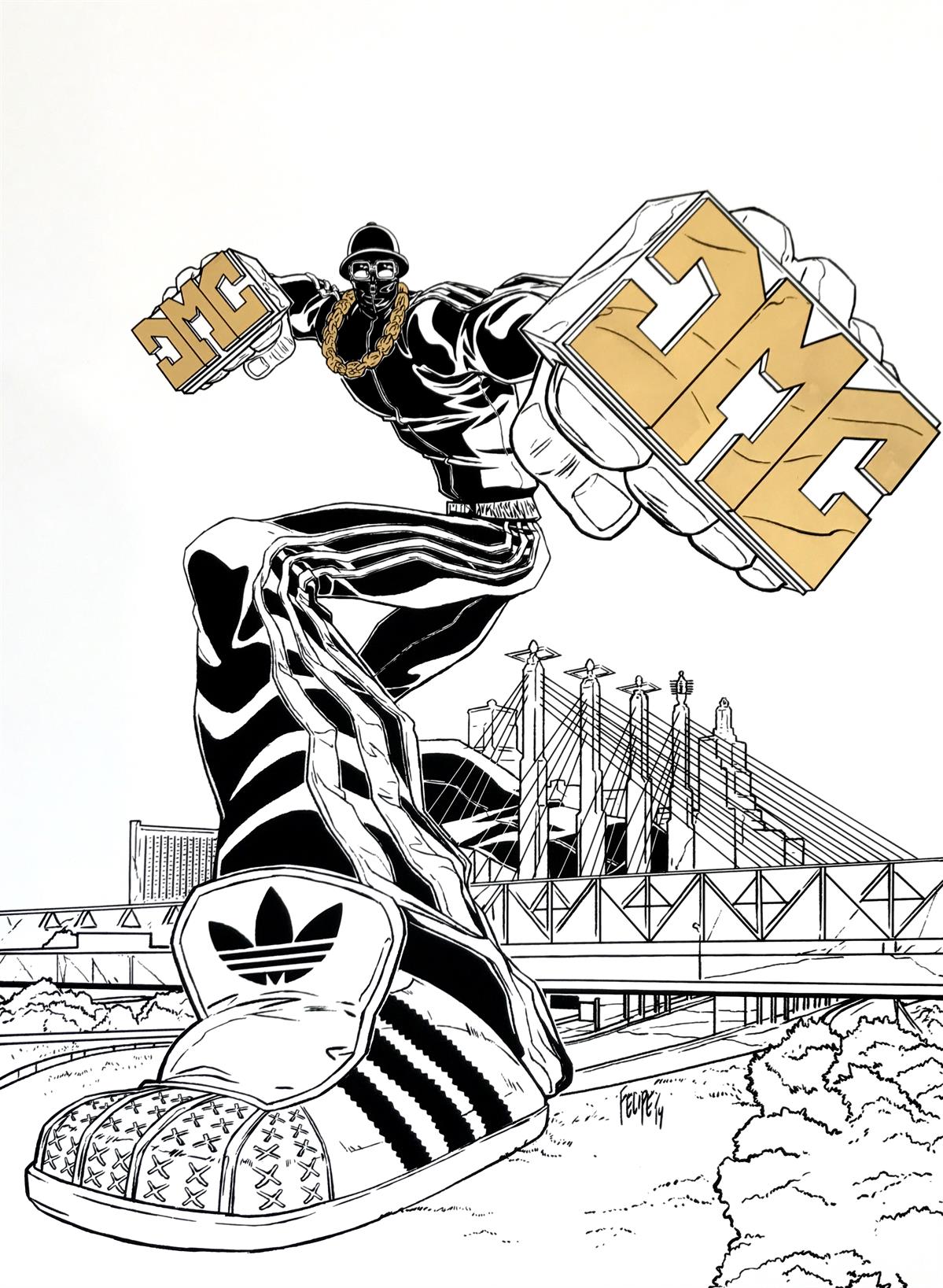 Comic book conventions over the years have changed significantly starting off as young fans organising them on a not-for-profit basis. The first official convention for comics took place in New York City in the early 1960's and the ones that followed in various states around America always occurred in small venues. Comic Con's have grown to become multi-million corporate businesses and fill up large convention centres in major cities.

MCM Comic Con in London's Excel Centre saw more than 130,000 people attend the event. Conventions in America are said to host even more people and tend to have overcrowding issues.

Darryl will be hot off the stage, from headlining the Isle of Wight festival and arriving at Hang-Up Gallery to signing the print on June 10 at the Private View of The Art of DMC. The VIP buyers preview between 4-6pm, and by purchasing an artwork, this entitles you to the following:

- exclusive access to live signing and meet with the artist

- a lucky plus one

- drinks, music, a touch of bling and unlimited Hang-Up entertainment

If you are able to attend the buyers preview, do let us know as soon as possible.

If you’re unable to attend, the works will be shipped the week commencing Mon 12th June.

If you have any questions please do not hesitate to get in contact.