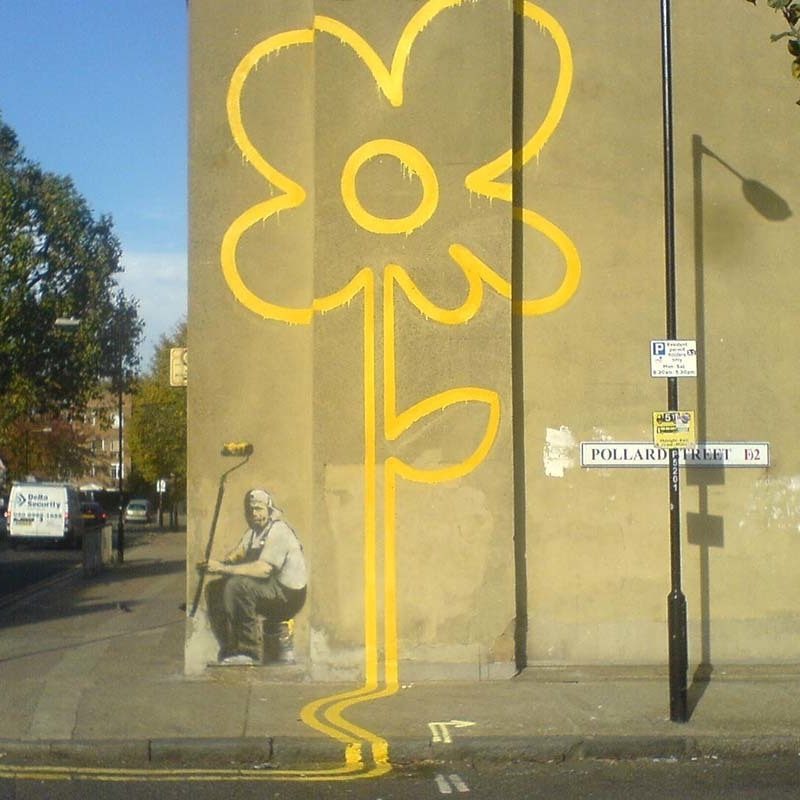 What's Left of Banksy? An update on Banksy's in London

Banksy comes, and Banksy goes. There's remnants of his street art hanging around London, but none without the interruption of fellow graffiti artists or the councils attempt to protect or cover up! We have located a few for you to go and visit, most excitingly the one just down the road from Hang-Up Gallery in East London... 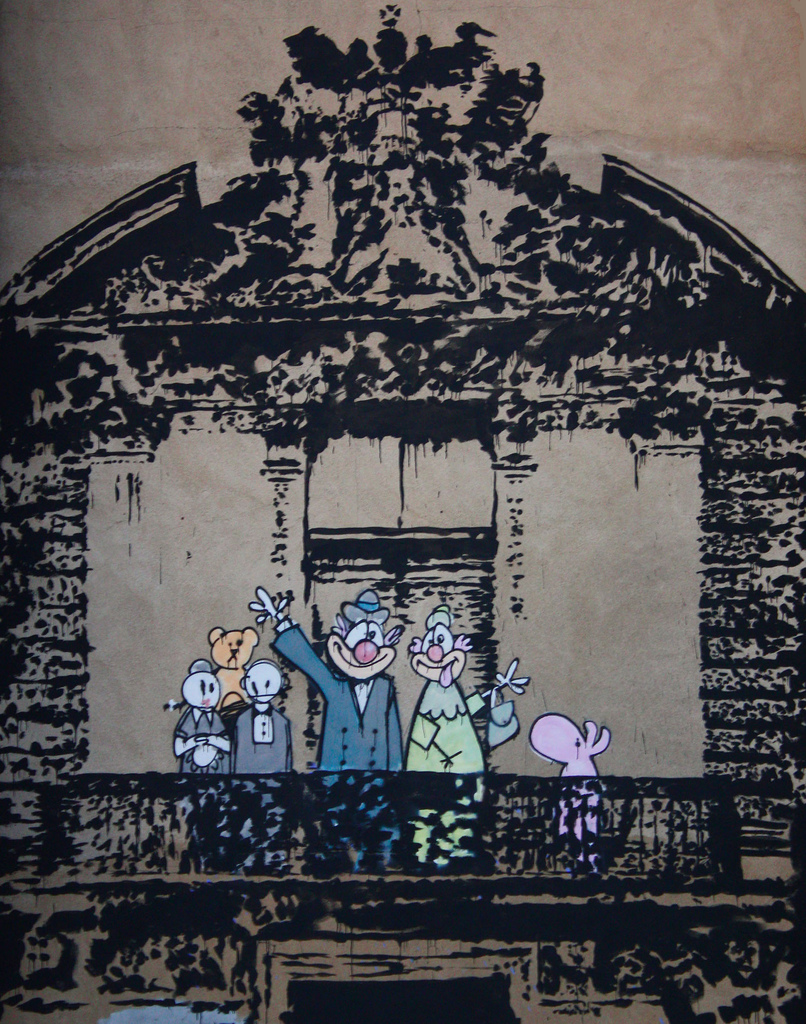 You can find Banksy's adaptation of the royal family on 105 Church street in Stoke Newington, a 10 minute walk from our gallery. The work made it's first appearance in 2001, and because of its height, the majority of this piece was out of reach for taggers, so it lasted in reasonably good nick for for a solid 8 years... until the council stepped in. 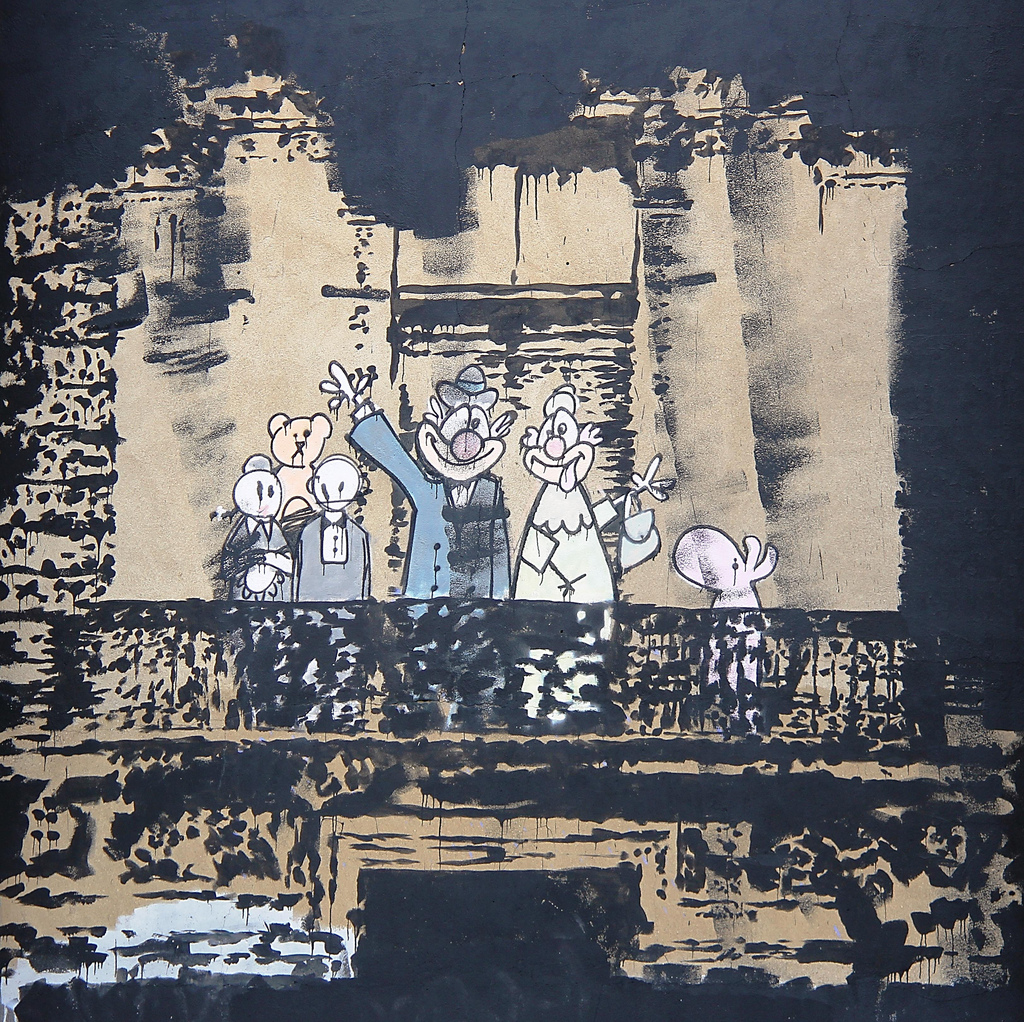 Part way through covering up this legendary Banksy, a local resident ran out of her flat and pleaded for them to stop. The council are still in discussion on how to restore the damage they have done, but thankfully the Royal Family are still visible if you fancy an amble up that way!

Many Banksy works on the streets of London have been 'protected' with large sheets of perspex. Some believe this defeats the point of street art, with the street being a place of collaboration and temporary existence; we wonder what Banksy would think... But thanks to the troopers that built the perspex protectors, we still have the opportunity to see them today, (mostly) unaltered. 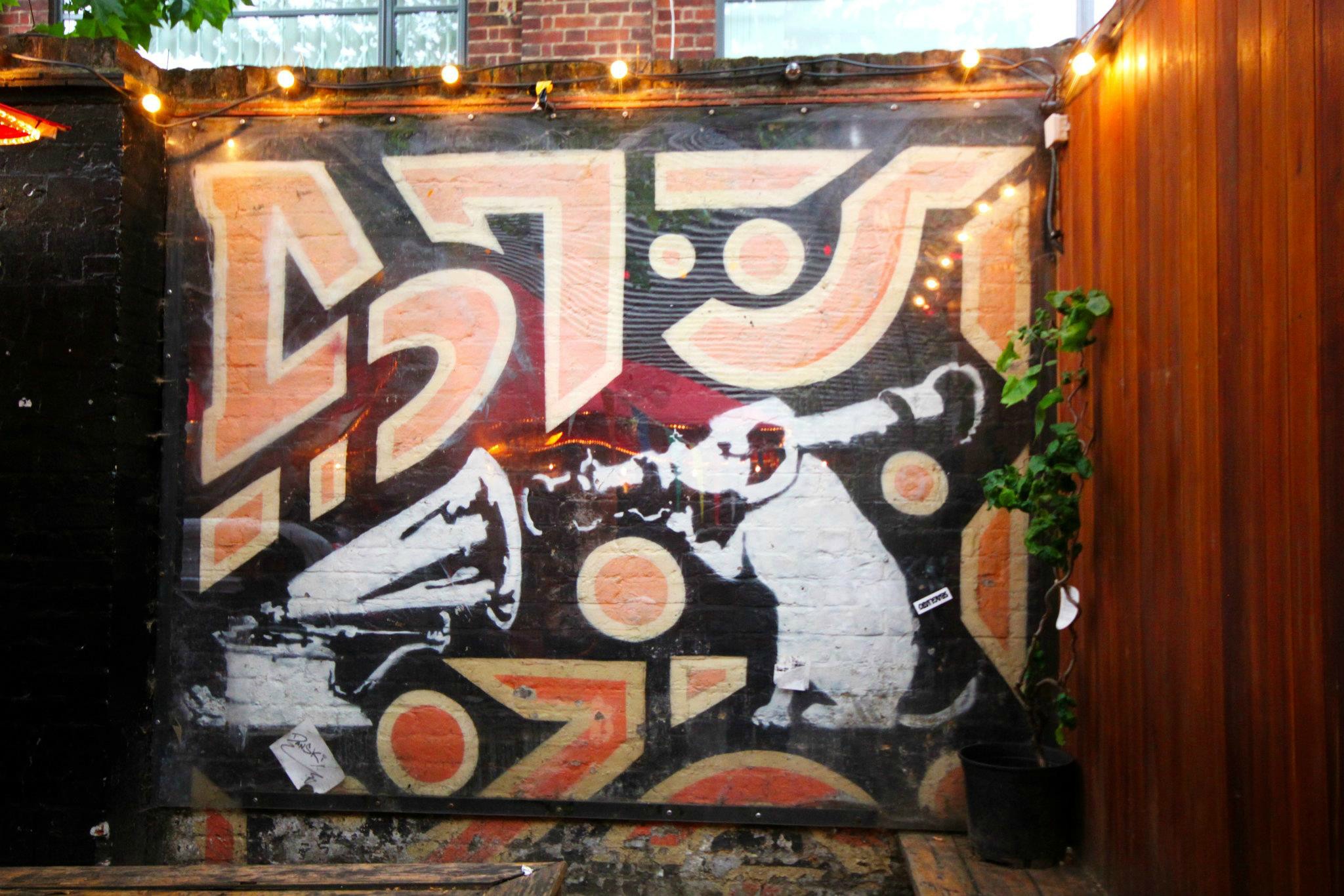 'Guard dog and his Masters Voice' 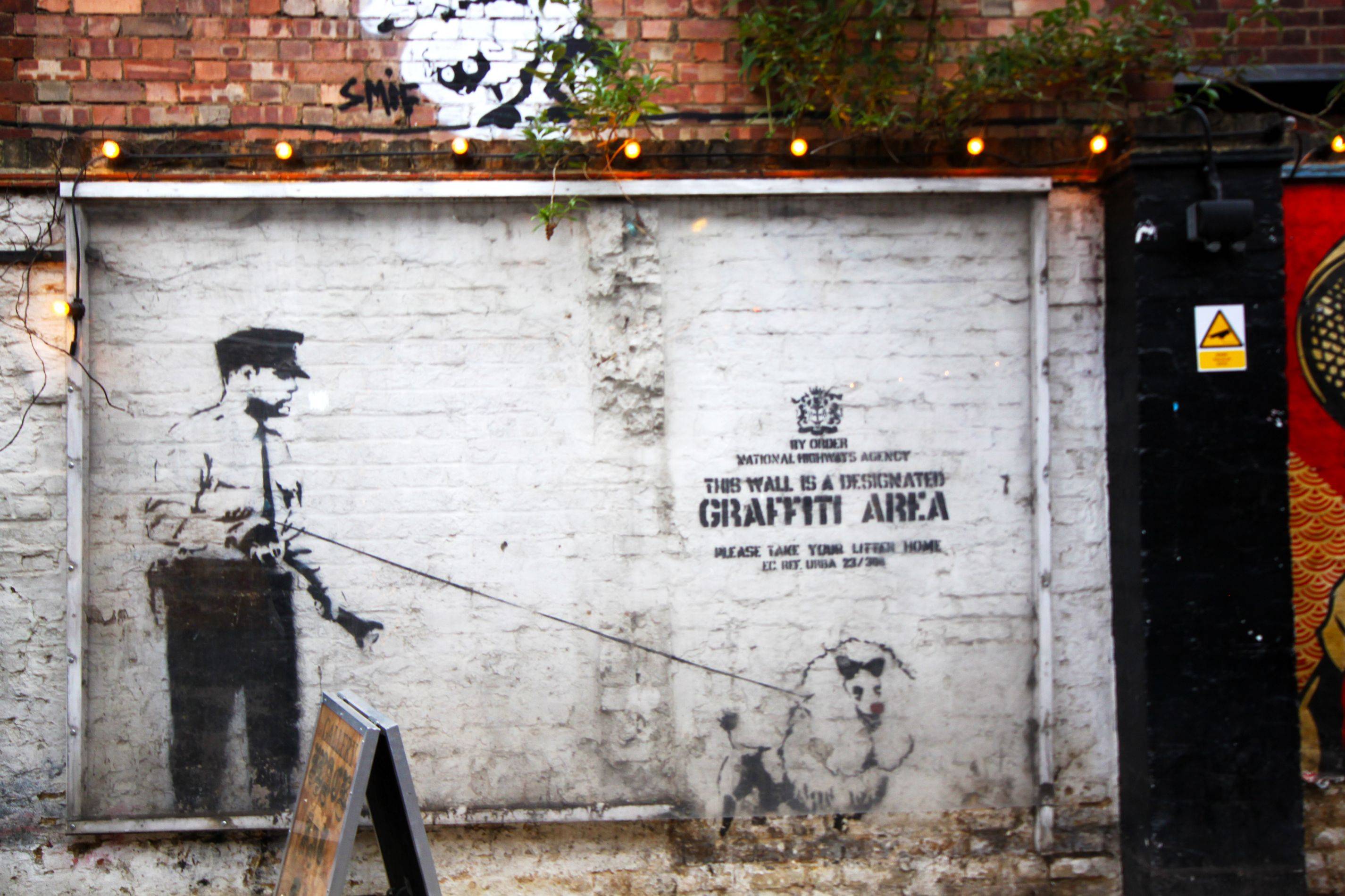 You can go and check out these two pretty mint condition works in Cargo's beer garden on Rivington Street. Though others, despite eager attempts to protect, haven't faced quite the same treatment... 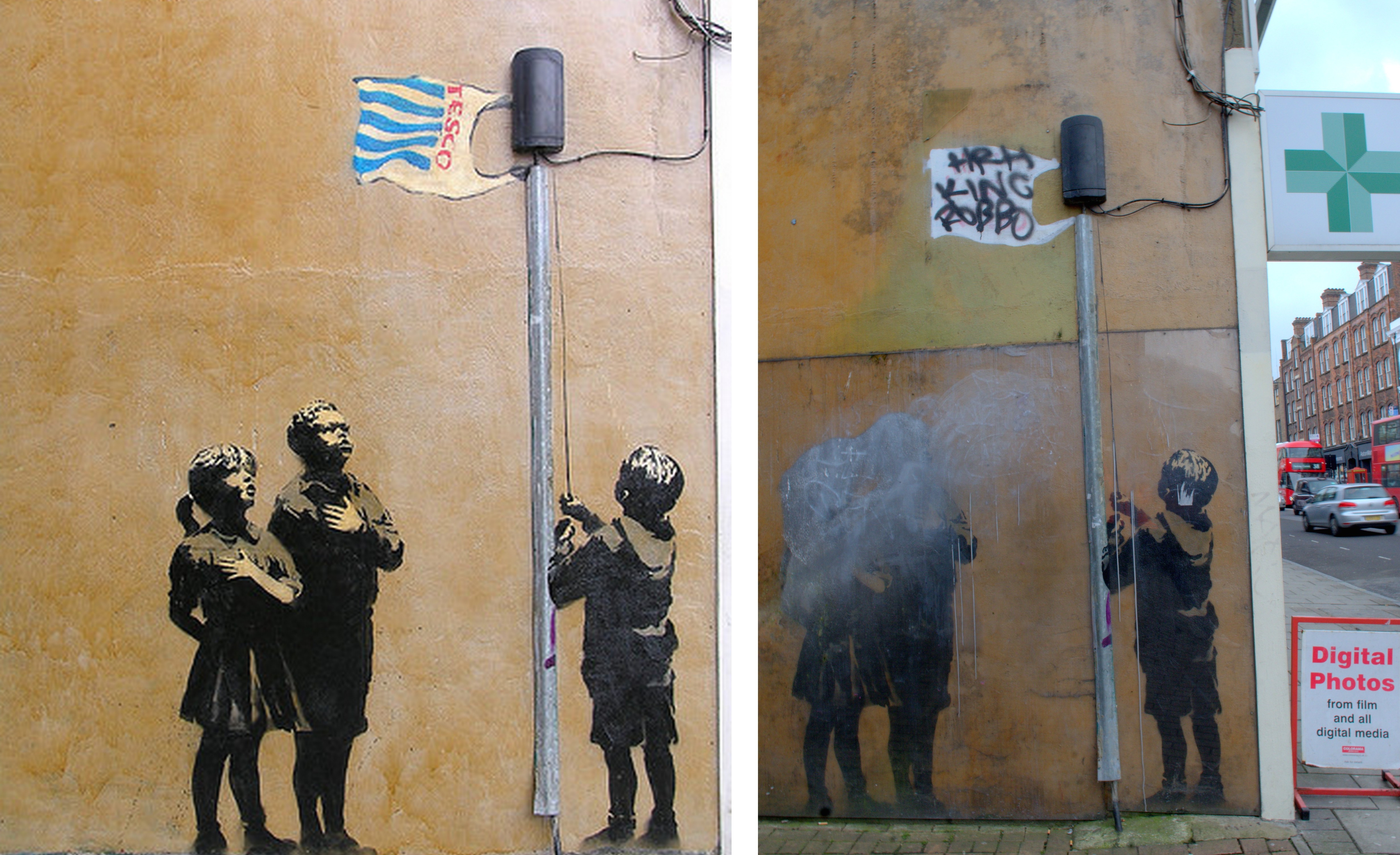 'Very little helps' - Then vs now.

Located on the side of Savemain Pharmacy, 170 Essex Road, 'Very Little Helps' isn't the pretty sight it used to be, but still worth a gander if you find yourself around Islington! 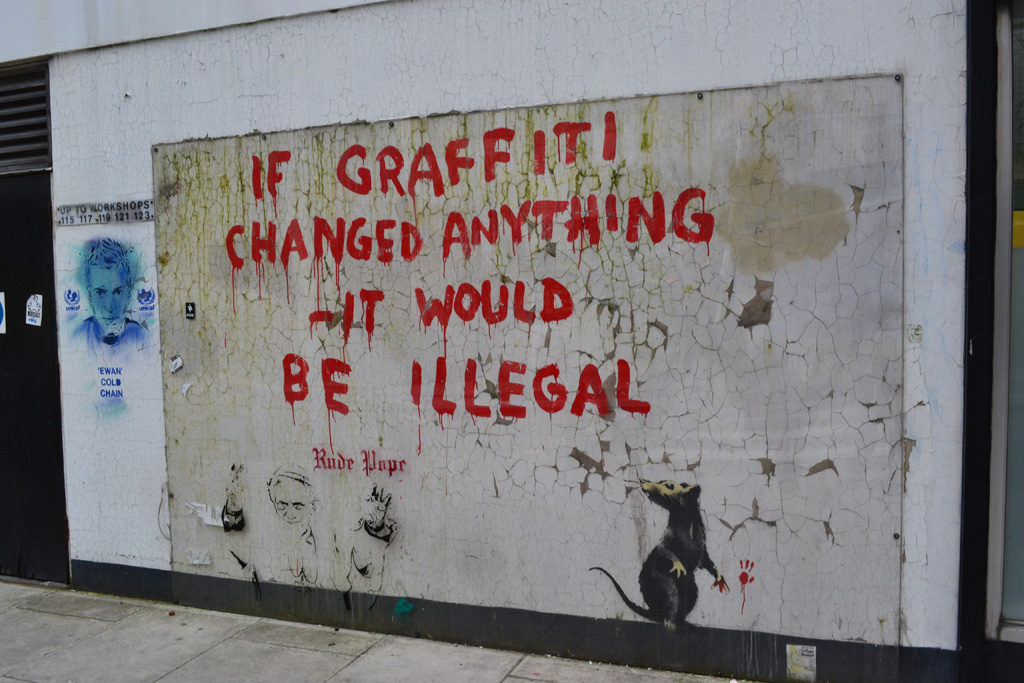 Find another on Cleveland Street W1, crumbling behind the perspex but still looking pretty sweet!

One of Banksy's most famous works 'Yellow Lines Flower Painter' is yet another sad Banksy tale. The bright yellow lines trailing off the road and up the wall to form a huge flower were once fresh and vibrant. 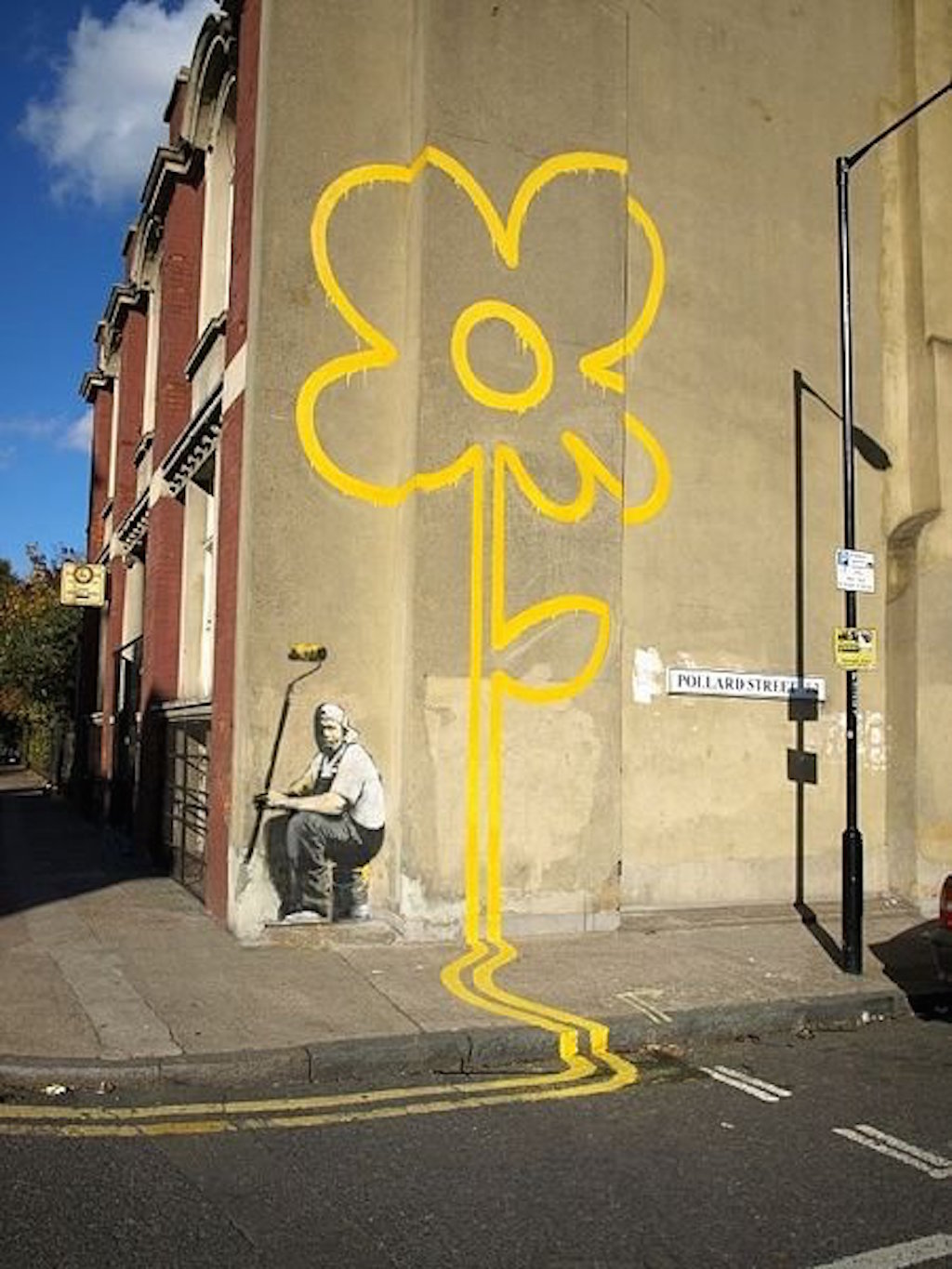 Yet, after continuous tagging, defacing, wall removing, perspex adding and perspex breaking, it's quite a sorry sight... 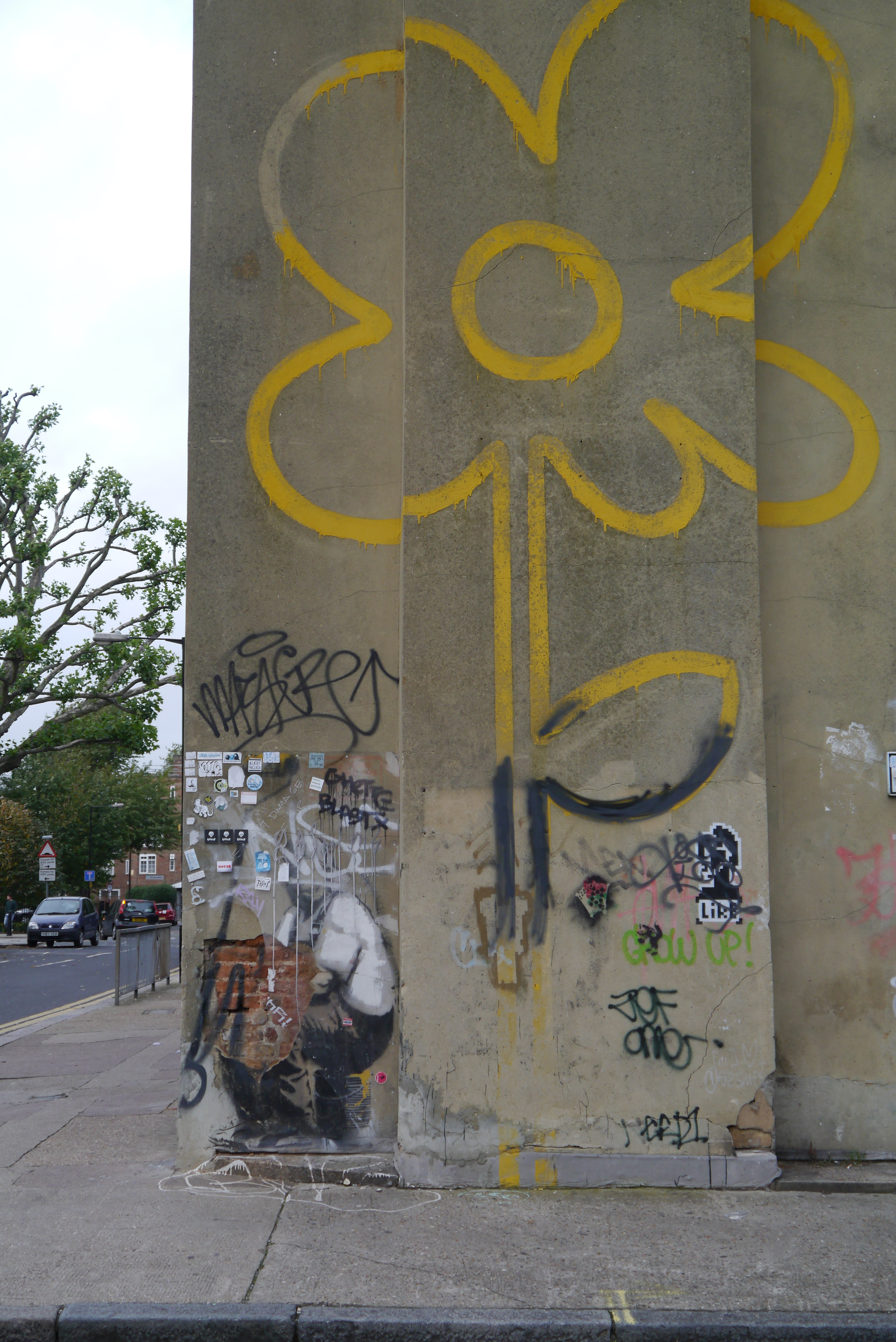 But do not fret! 'Shop Until You Drop' is still going strong in Mayfair. Bruton Lane hosts this work, and being completely out of reach for passers by, it's managed to keep in tact! 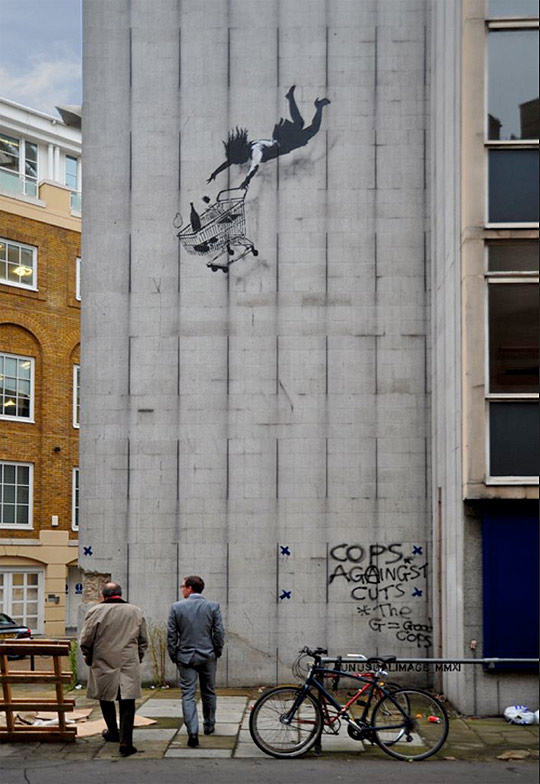 Banksy has said "We can't do anything to change the world until capitalism crumbles. In the meantime we should all go shopping to console ourselves."

Whilst it is rumoured that Banksy will be doing no more printed editions, his work on the streets continues to pop up worldwide. In December last year, this appeared in the 'Calais Jungle'. 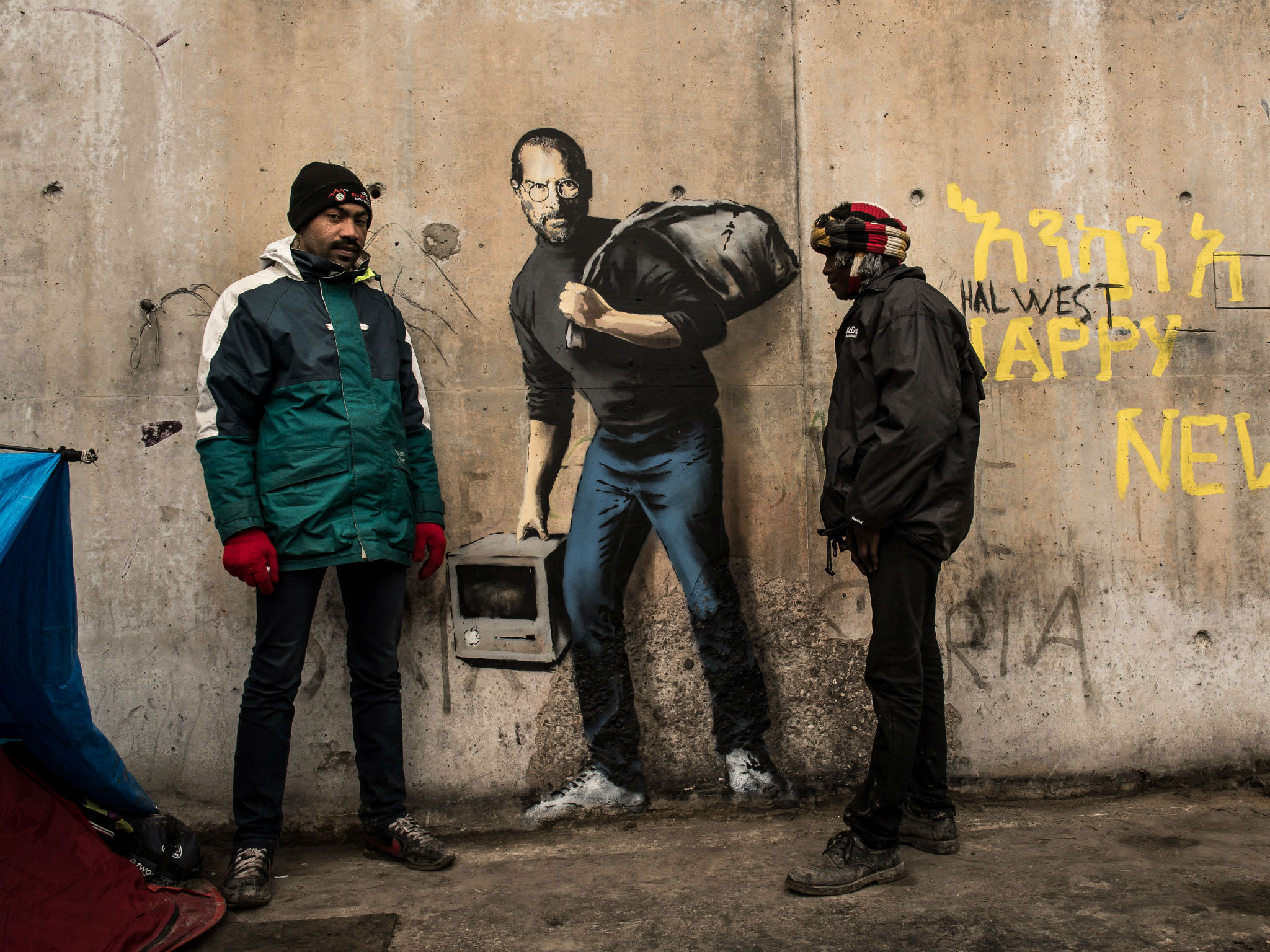 Steve Jobs, the late co-founder of Apple, carrying an early Apple computer, and a bin bag of belongings. Jobs was the son of a Syrian migrant who emigrated to the US. The work was first covered with a blanket and cost 5 euros to view, but soon enough, this work was also destroyed!

Have a look at our Banksy catalogue to see what printed editions we have available.