Hang-Up will showcase a brand new collection of large-scale collages and paintings, plus a new limited edition release, that wittily comment on how consumerism has lead us to turn a blind eye to world problems.
By juxtaposing innocent imagery taken from 1950s advertisements with scenes of mass destruction the artist highlights how mainstream culture aims to distract us from day-to-day realities. Webb’s injection of humour in each image is a clever way of dealing with bleak subjects such as droughts, deforestation and war. The artist explains, “Ideas and aspirations for the future have all gone wrong. By injecting some dark humour into the situation makes it slightly more palatable and helps me to get the message across”.

Since his first solo show with Hang-Up Gallery in 2013, Webb has taken the art world by storm. The artist’s recent solo show at the prestigious Saatchi Gallery entitled ‘Paper Cuts’ was a tremendous success, and saw a new print release sell out on the opening night. Only last year, his original ‘Giant Leap’ was used as the front cover of a record released by the internationally acclaimed US rock band The Madden Brothers, which went on to sell millions of copies worldwide. A handful of his originals now sit firmly in the brother’s art collection along with their associates, not to mention collections in Brazil, Germany and the UK.

Webb’s unique and distinct way of manipulating imagery through collage has not only gained a fan in Sir Peter Blake, but has also inspired a new wave of collage artists in the contemporary art world. 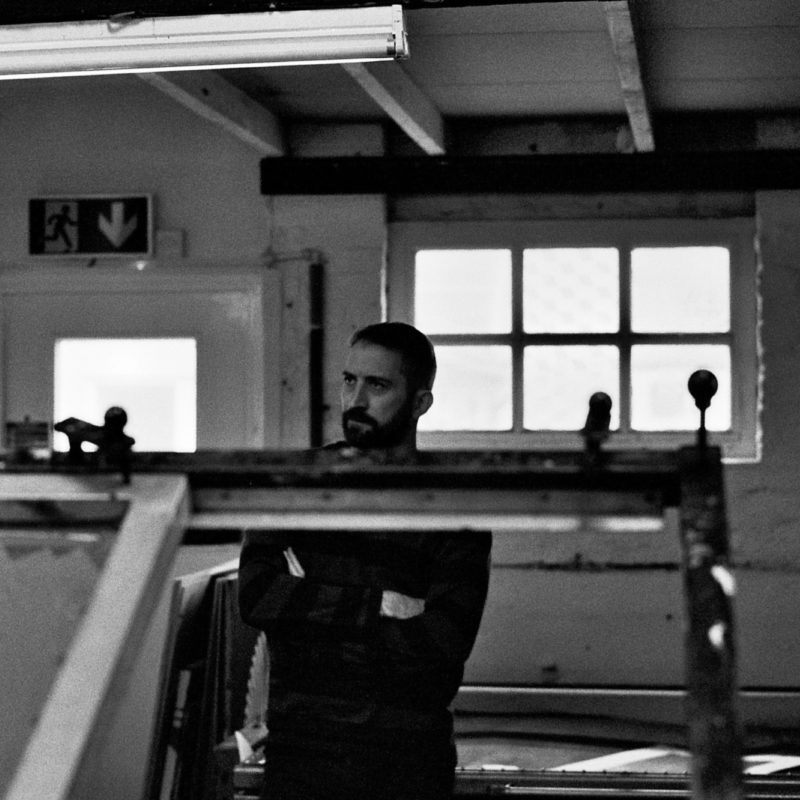 Joe Webb nearly broke the internet – or, at least, his work became a viral sensation, forwarded by hundreds of thousands of scrollers. Blame a relatable topicality rendered through hard-hitting, thought-provoking imagery: one collage features a family by a duck-filled pond with the kids glued to tablets. Webb originally began making his pieces as a reaction to his computer-focused graphic design job. Turning away from the screen, he revelled in the simplicity of using two or three print images to create totally new worlds.