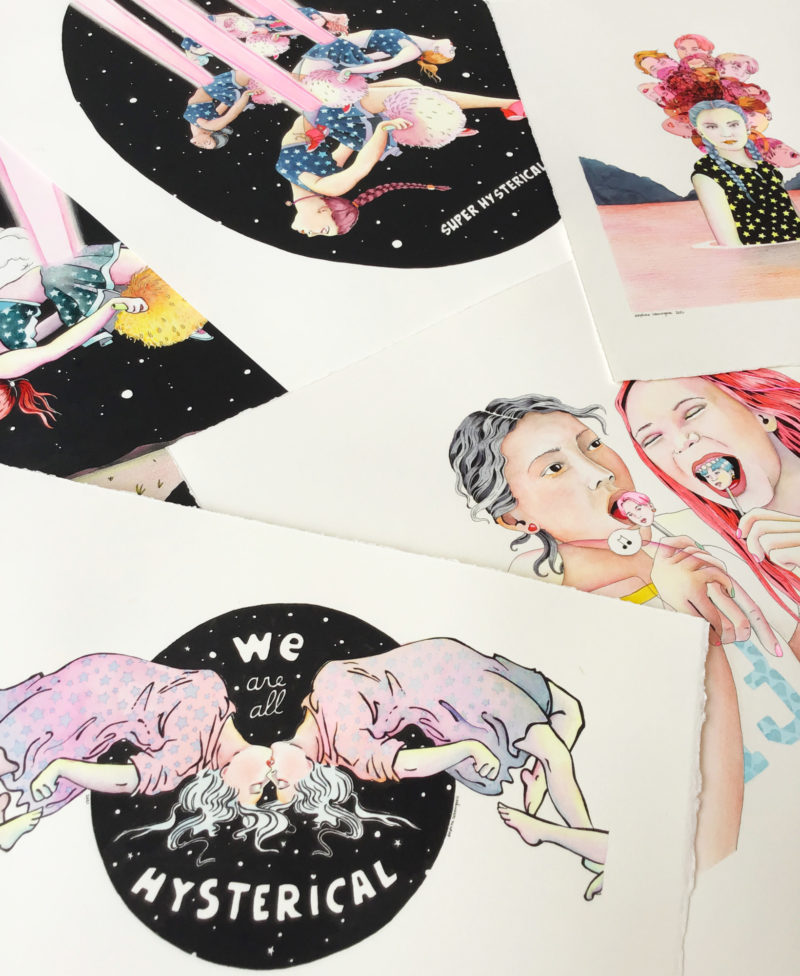 Following on from the sell-out 'Bright New World' series, it is with great pleasure that we bring you Lebourgeois' new collection of works on paper.

Long concerned with the subject of female emancipation and empowerment, Lebourgeois’ latest body of work focuses on hysteria, a condition that has historically been perceived as a predominantly female issue.

"All Hysterical" work in progress shot

“Delphine Lebourgeois' new series is an exploration of phenomena often associated with teenage girls, as well as a broader rendition of teenage years in general. Inspired by literature, Beatlemania, K-Pop fans and various accounts of conversion disorders, she depicts adolescence as an age of intensity, mystery and transition, turning 'hysteria' into a strength and a super-visionary state." 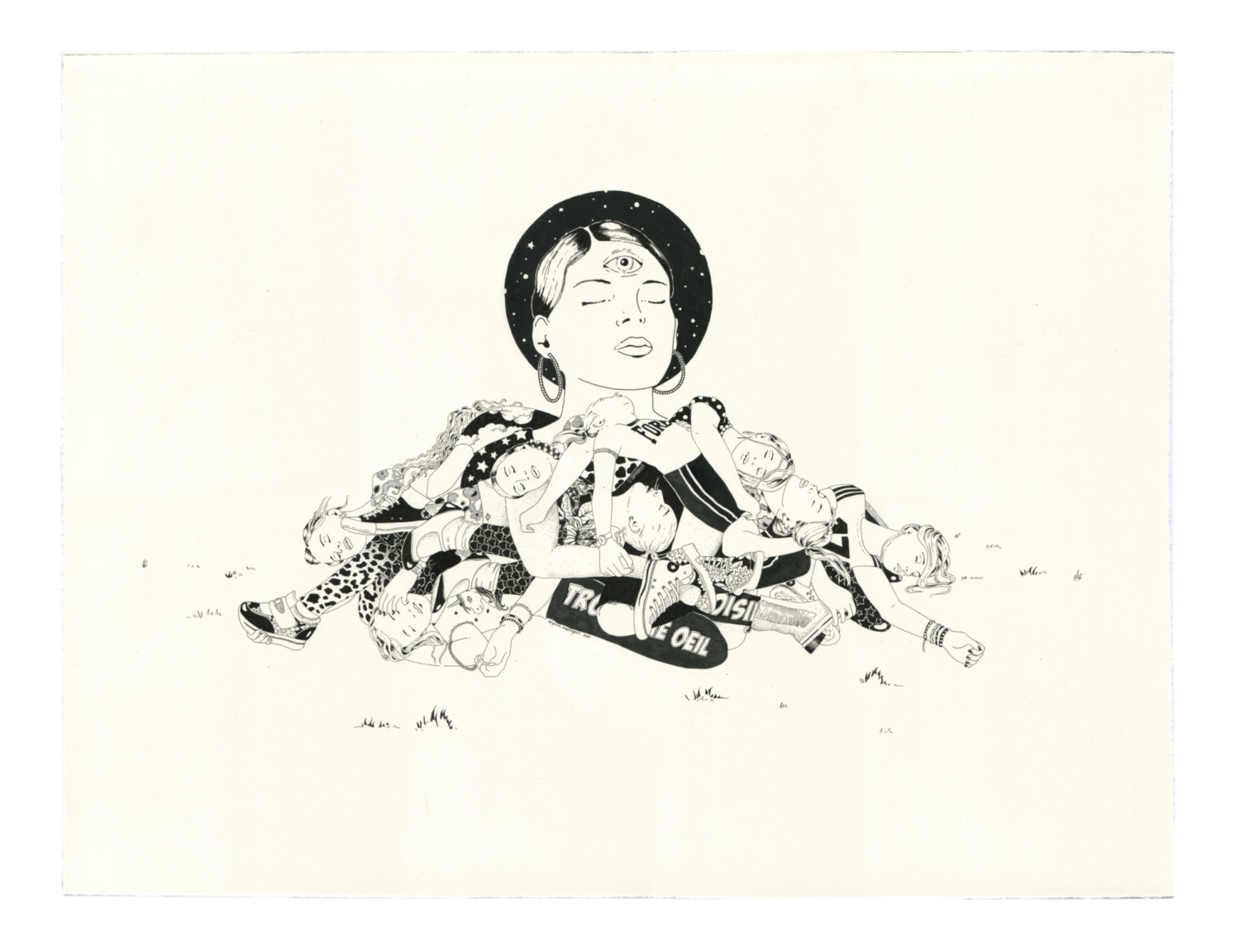 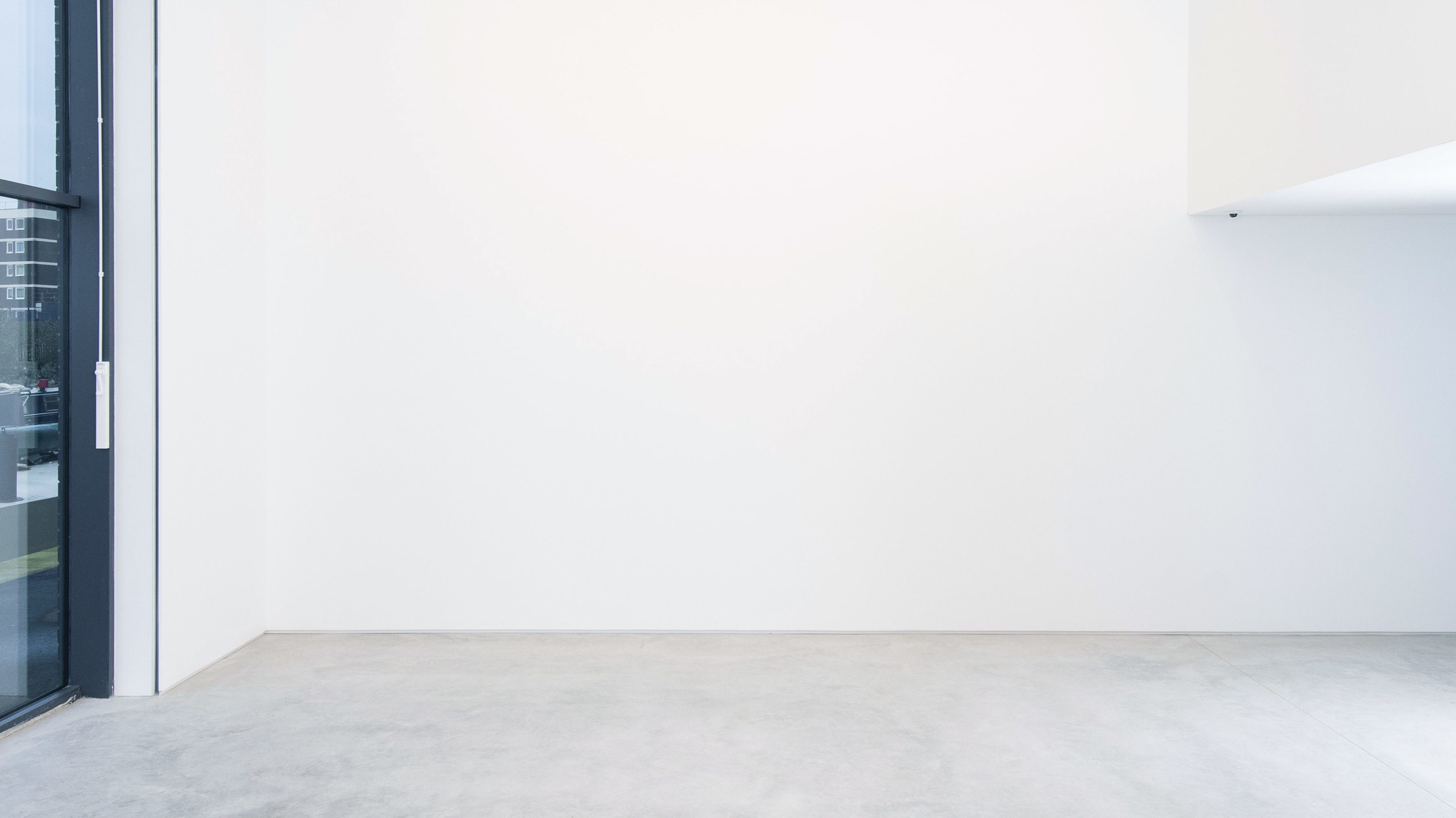 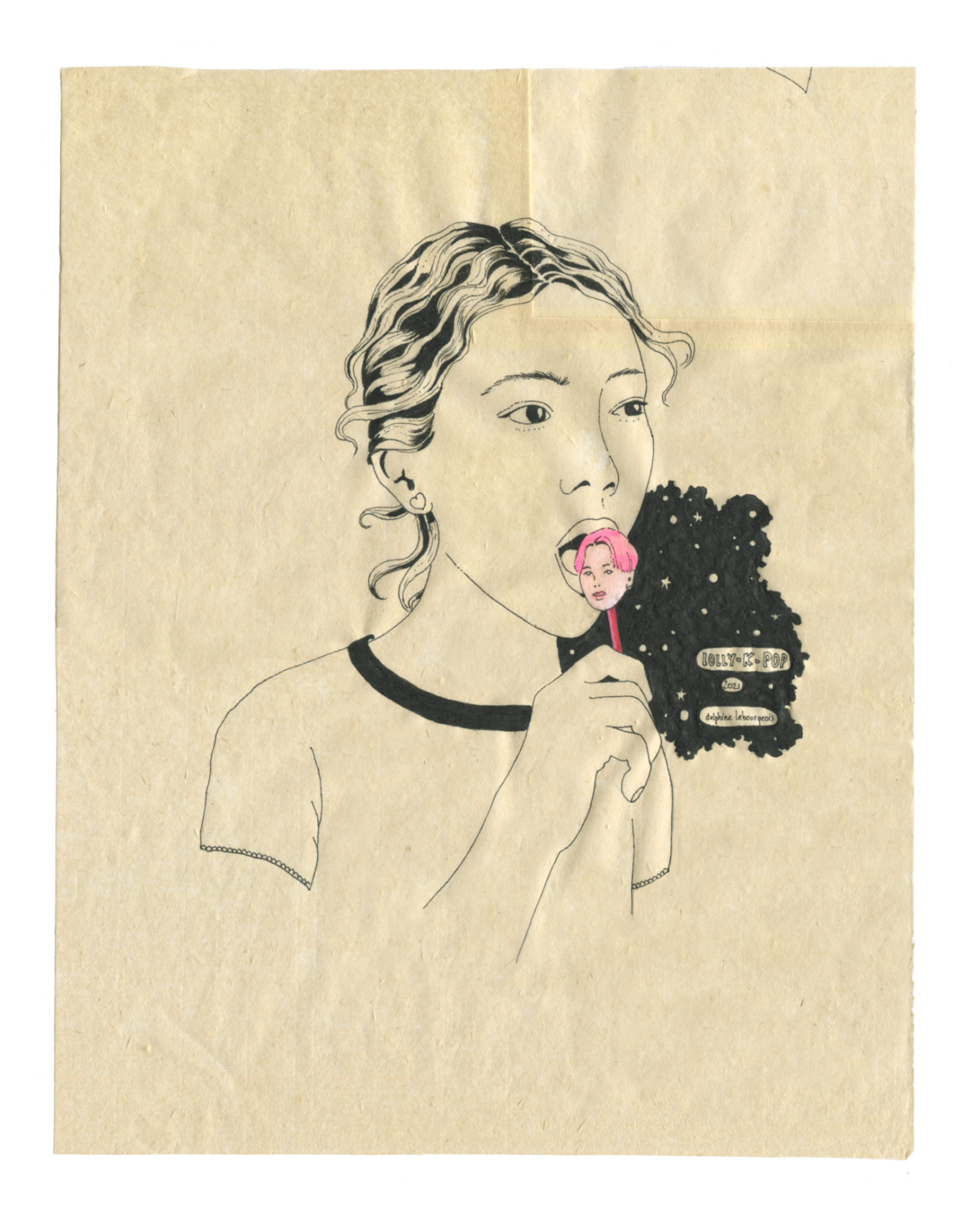 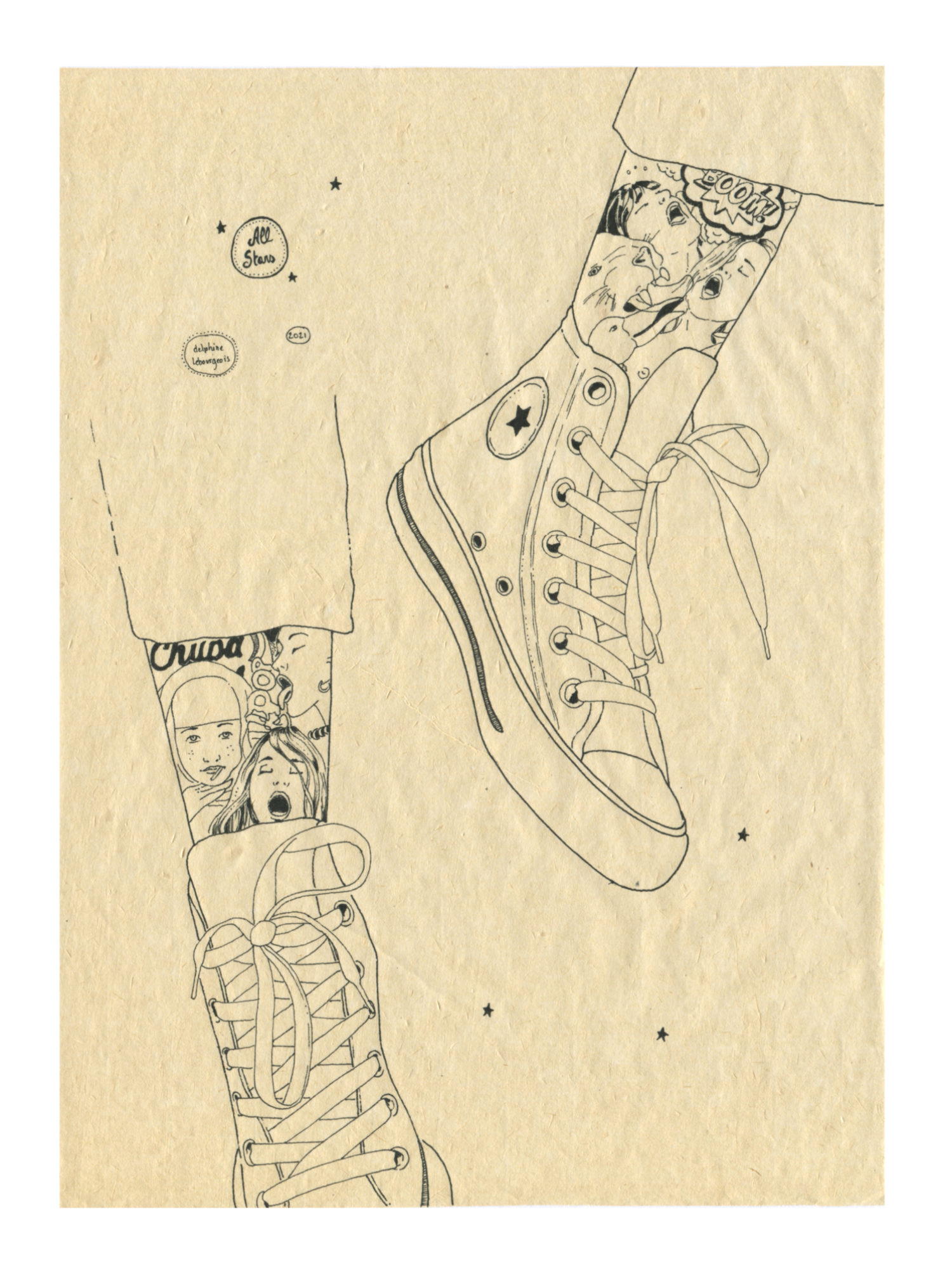 Detail of "All Stars (Study)" 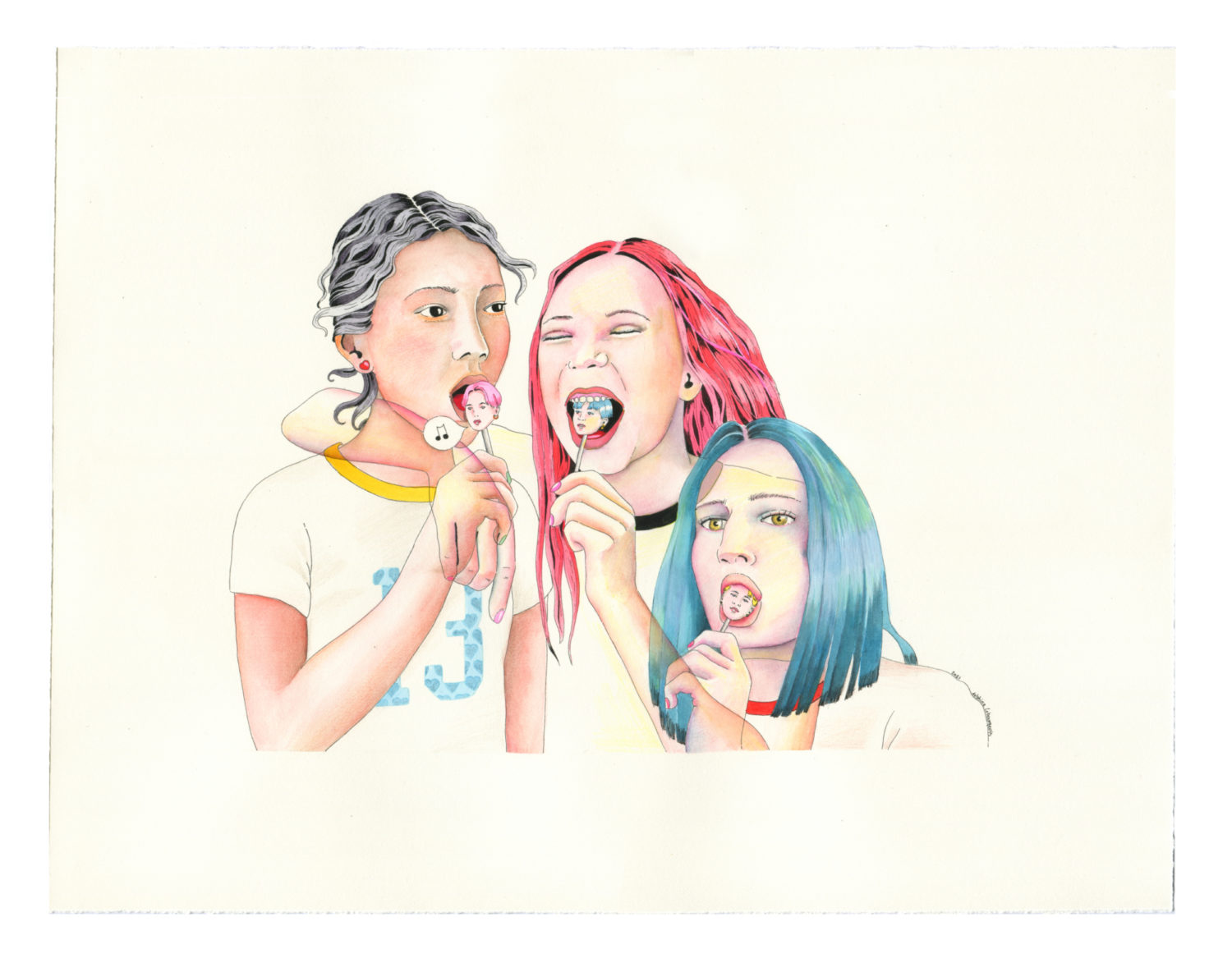 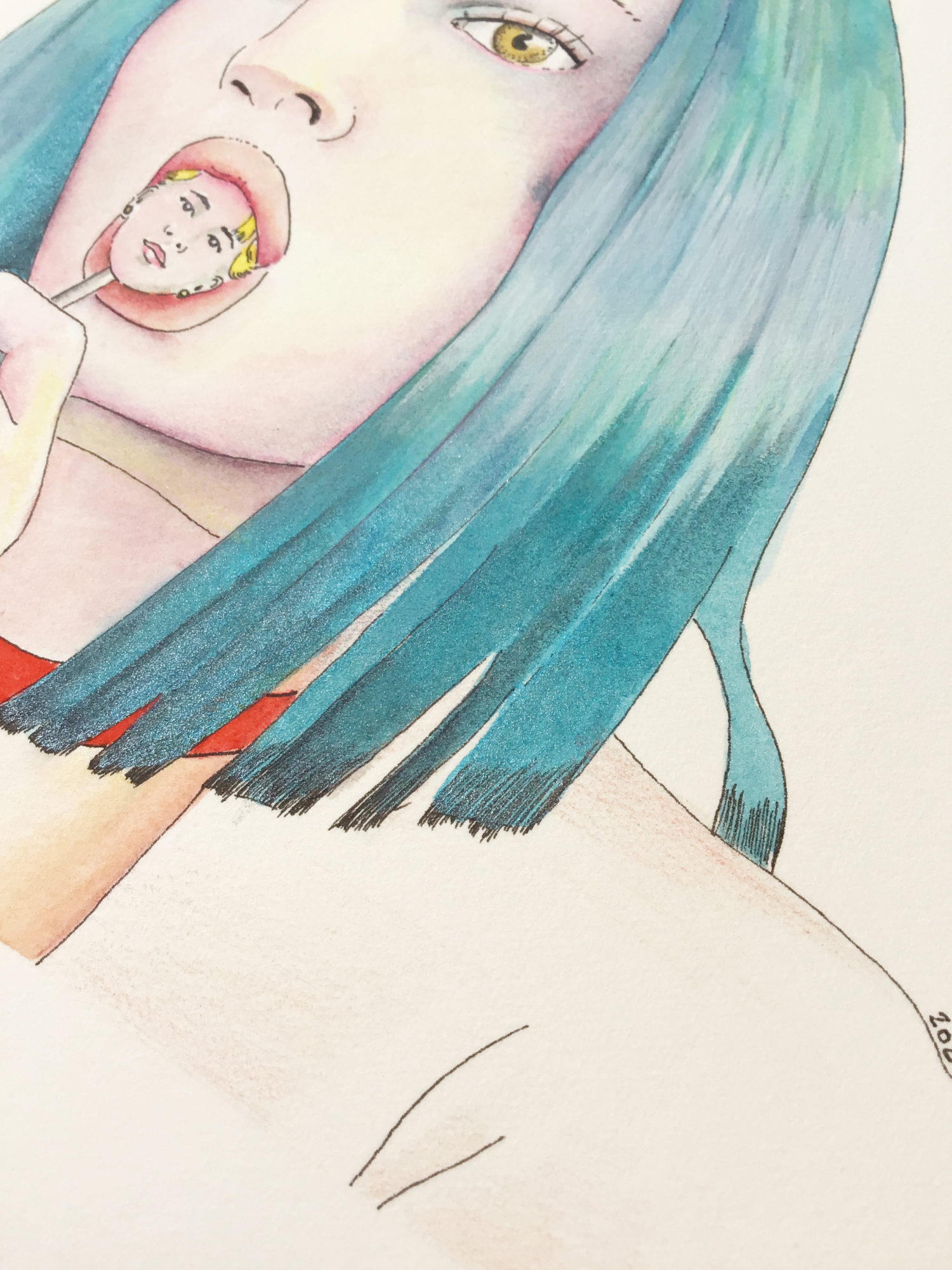 The notion of hysteria, and the way it's been studied and 'treated', has changed throughout Western European history. Delphine’s investigation delineates those ideas, tracing back to ancient Egypt right through to nineteenth century (specifically the treatment methods of French neurologist Jean-Martin Charcot) as well as current events such as the news story about a handful of girls developing Tourette’s like symptoms in Le Roy, NY. 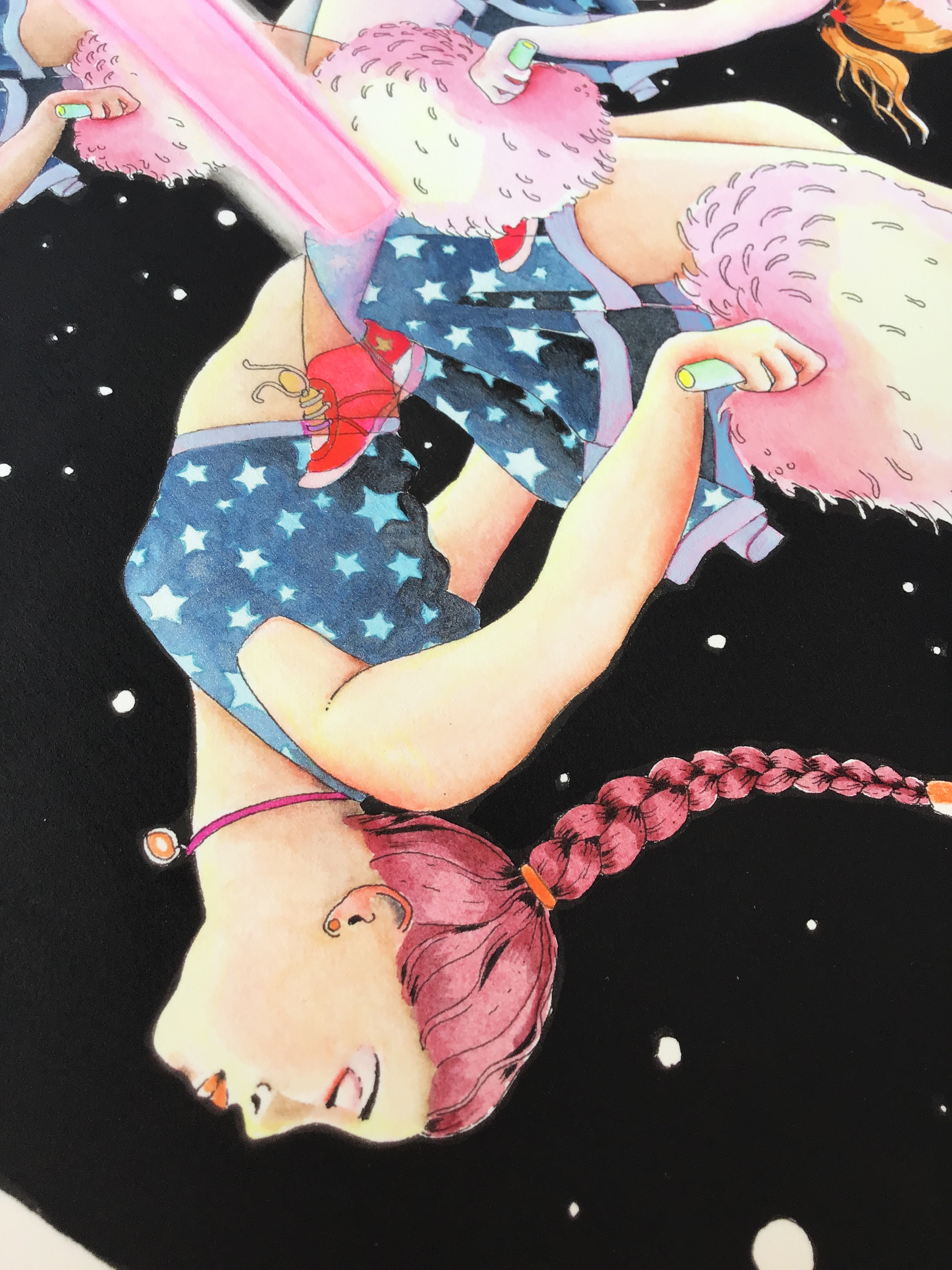 In "Super Hysterical" and "Cheerleader" the artist alludes to a case of mass hysteria disorder happened in Le Roy, NY in 2012, when 12 cheerleaders were all stricken with symptoms ranging from twitches to spasms to vocal outbursts, resembling Tourette's syndrome.

A subject partially already explored with the Mania drawings, Lebourgeois turns the notion of hysteria on its head, presenting it as a strength and a super-visionary state, while adolescence is celebrated as "an age of intensity, mystery and transition". 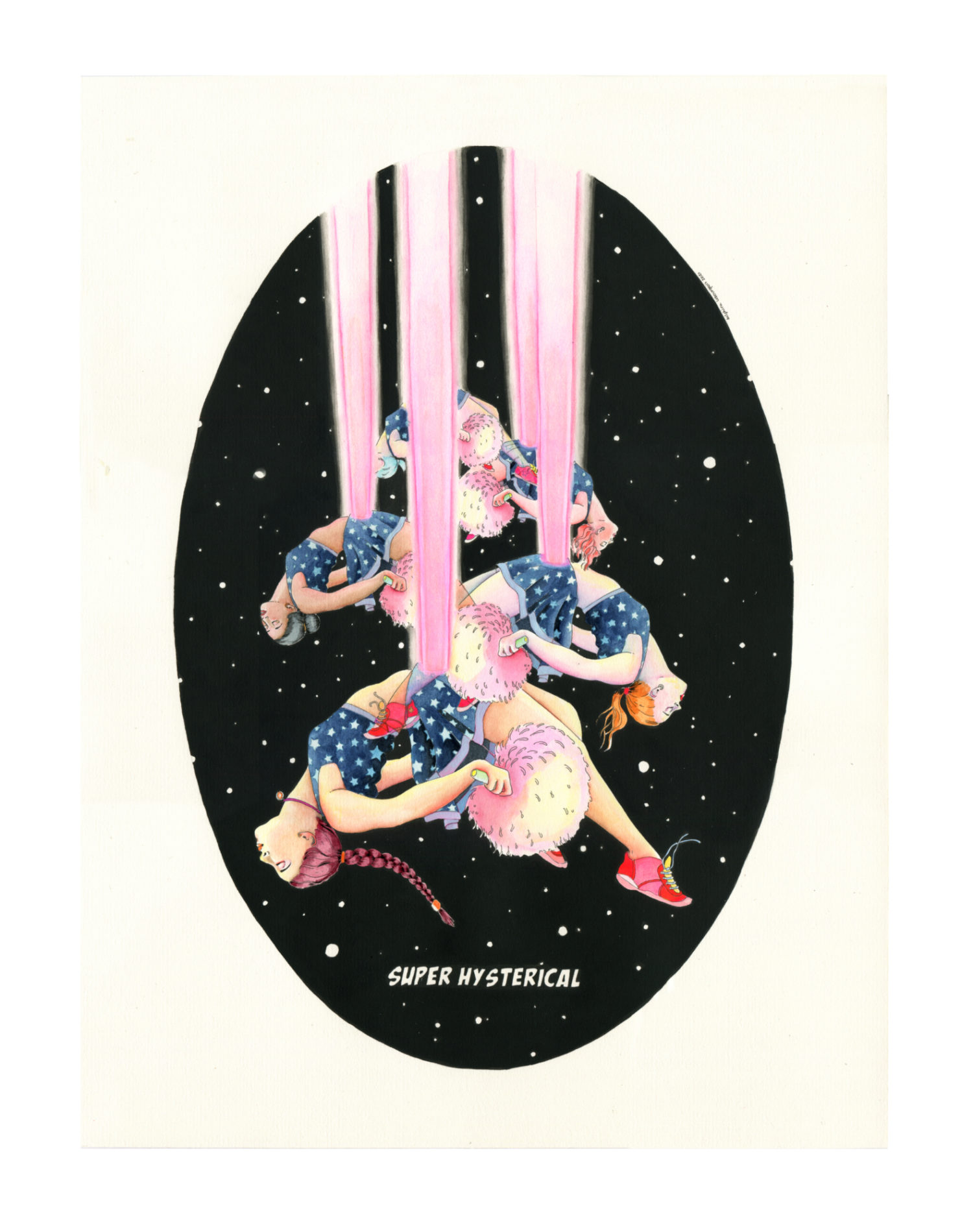 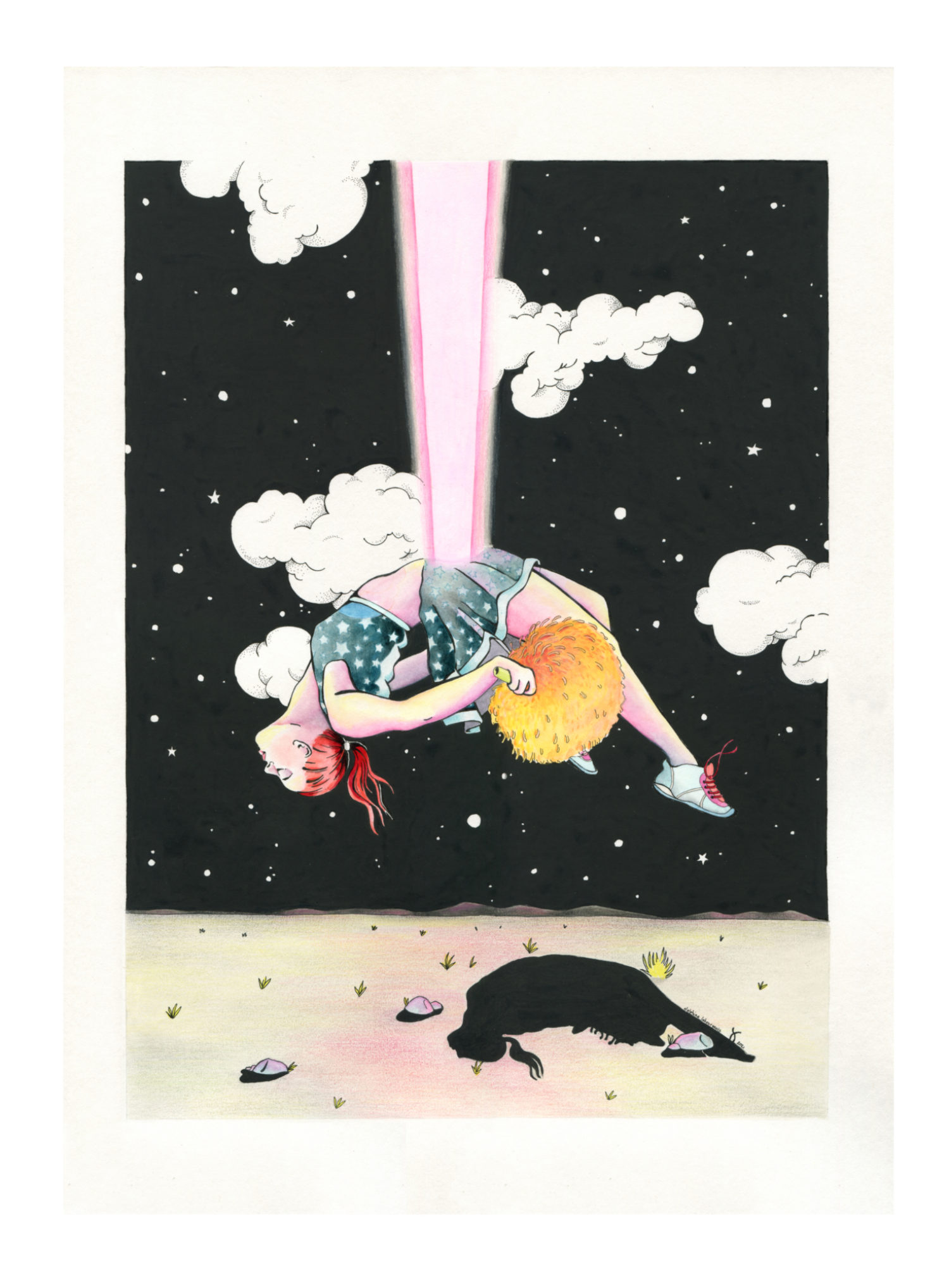 Lebourgeois’ has often represented her female subjects as armies of rebellious women, shouting their anger at the patriarchy and stereotypes. Quite paradoxically, a sense of calm and composed relaxation radiates from the figures in the "All Hysterical" series, as though they have achieved full control over their bodies and minds. 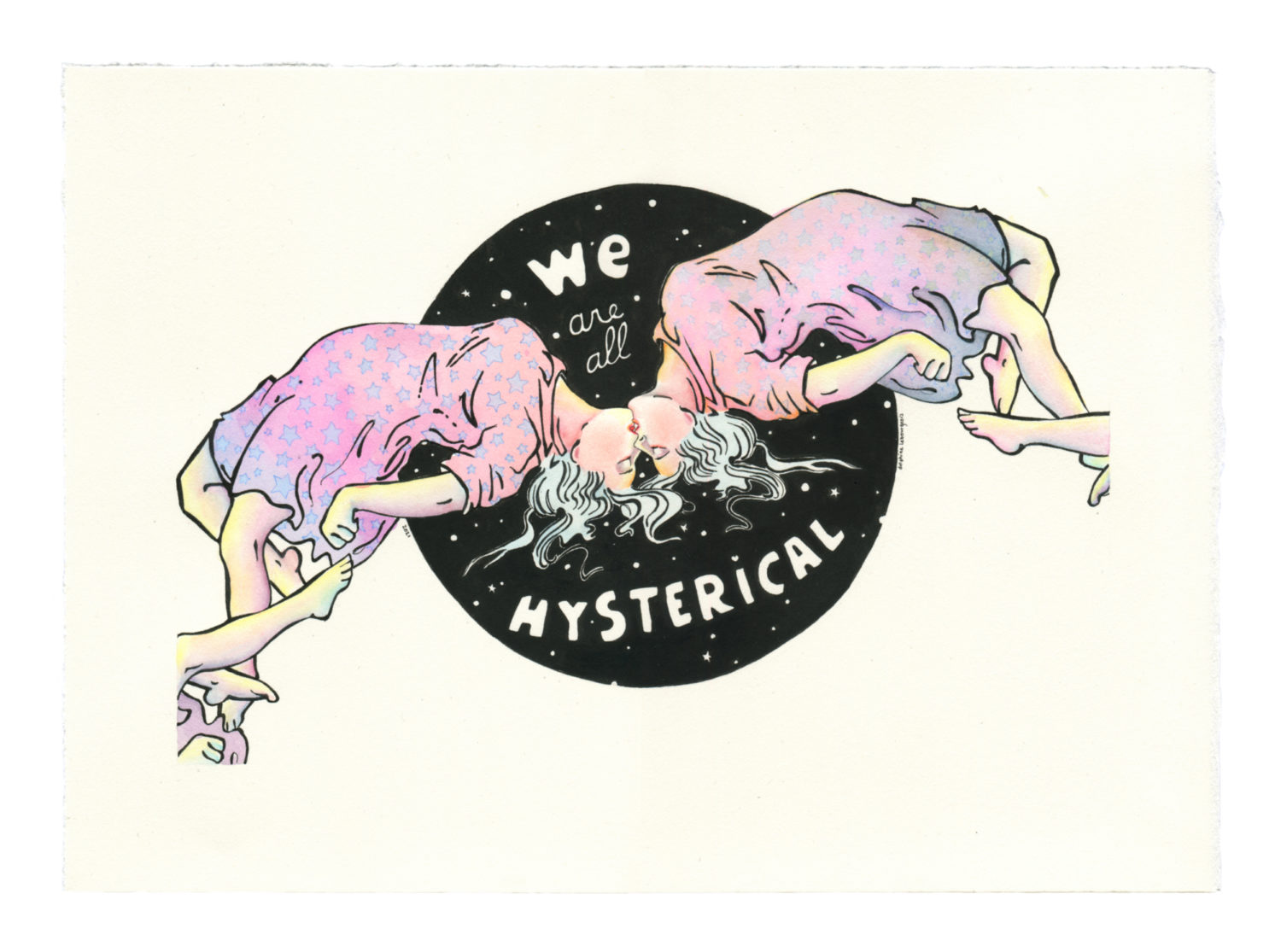 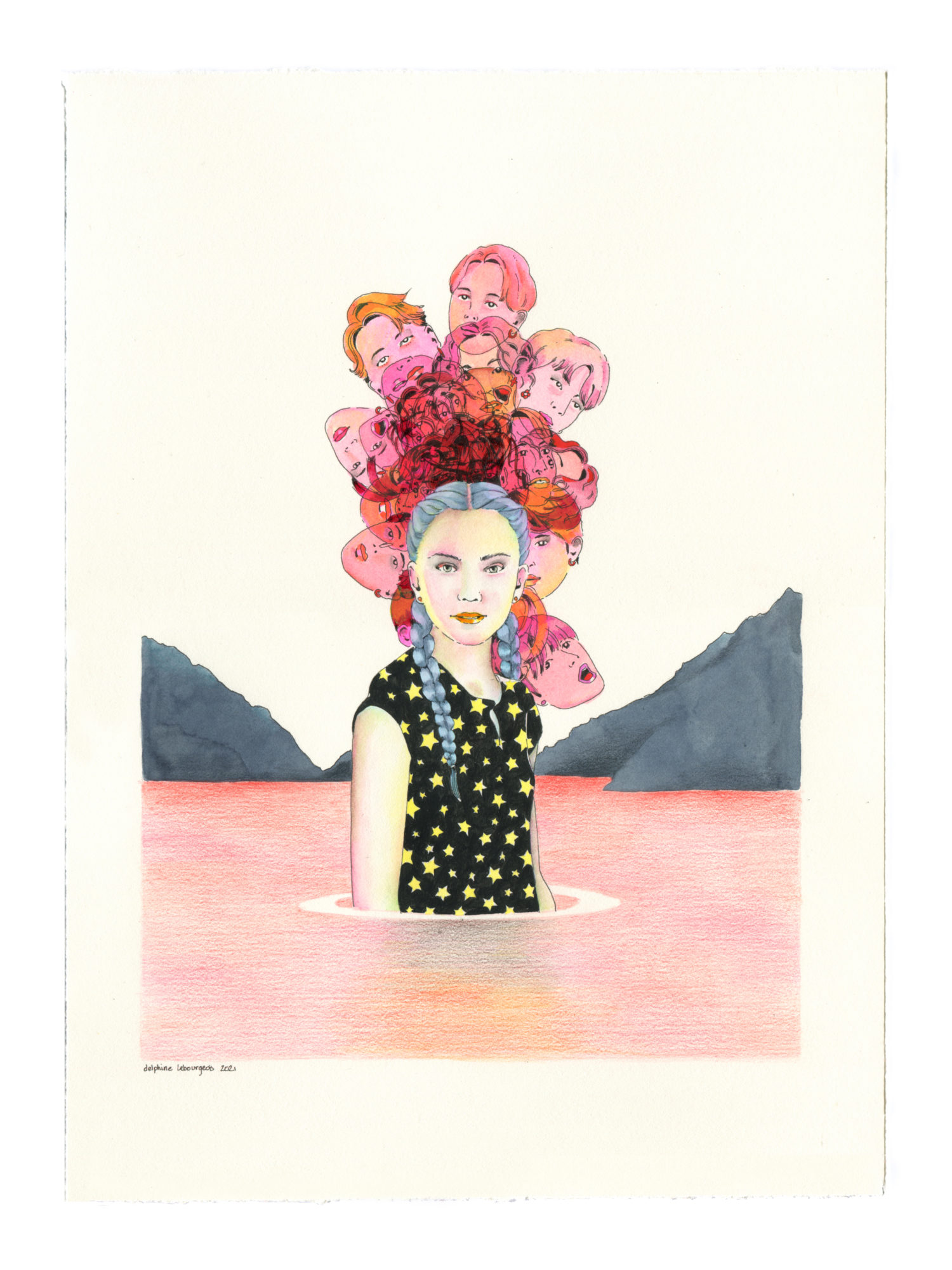 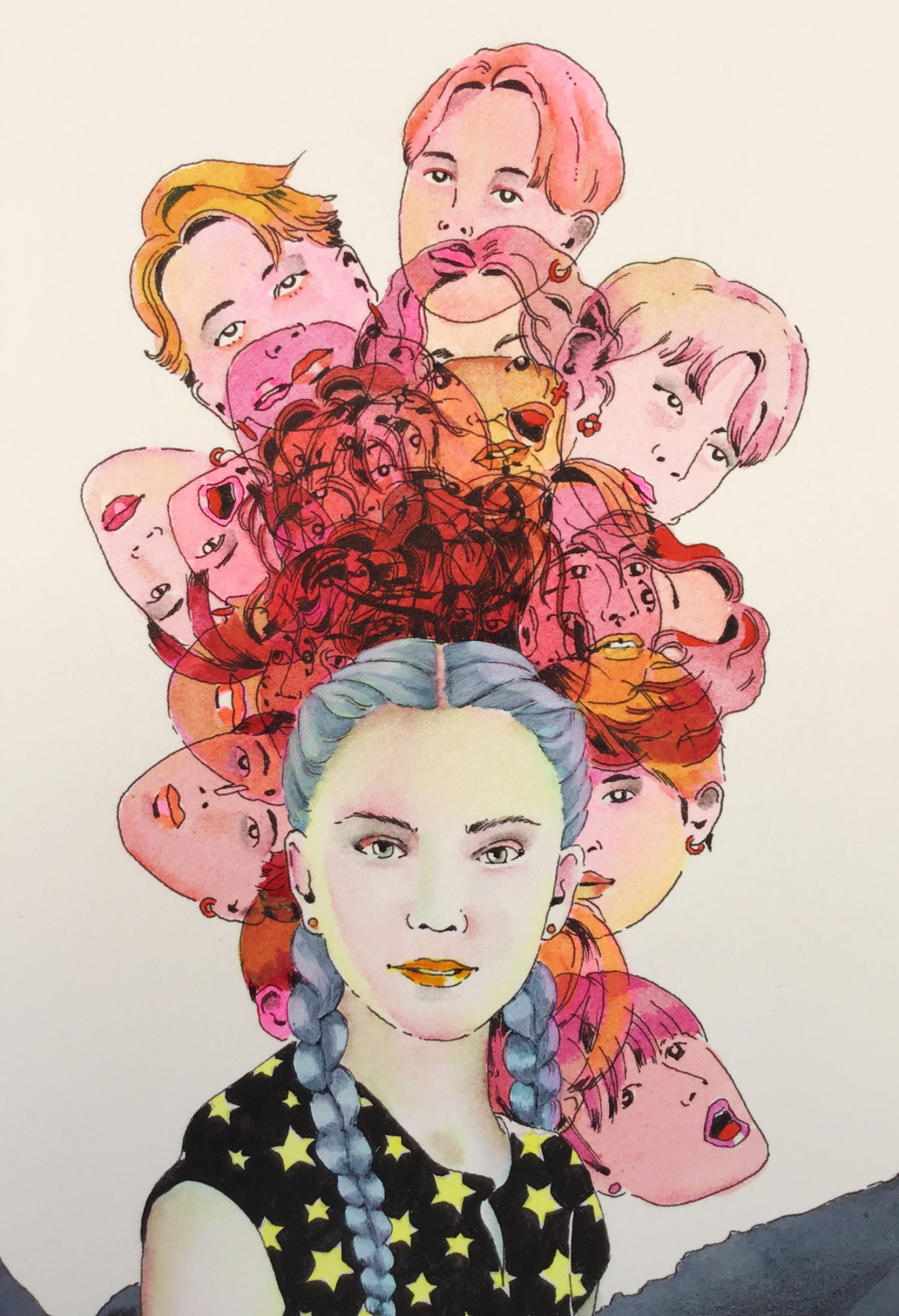 "Much like her 2020 series Witches, “All Hysterical” is another account of female repression Lebourgeois explores, plays with, and ultimately dismantles, always with a degree of humour but never downplaying the importance of positioning her female subjects as the true bearers of power." 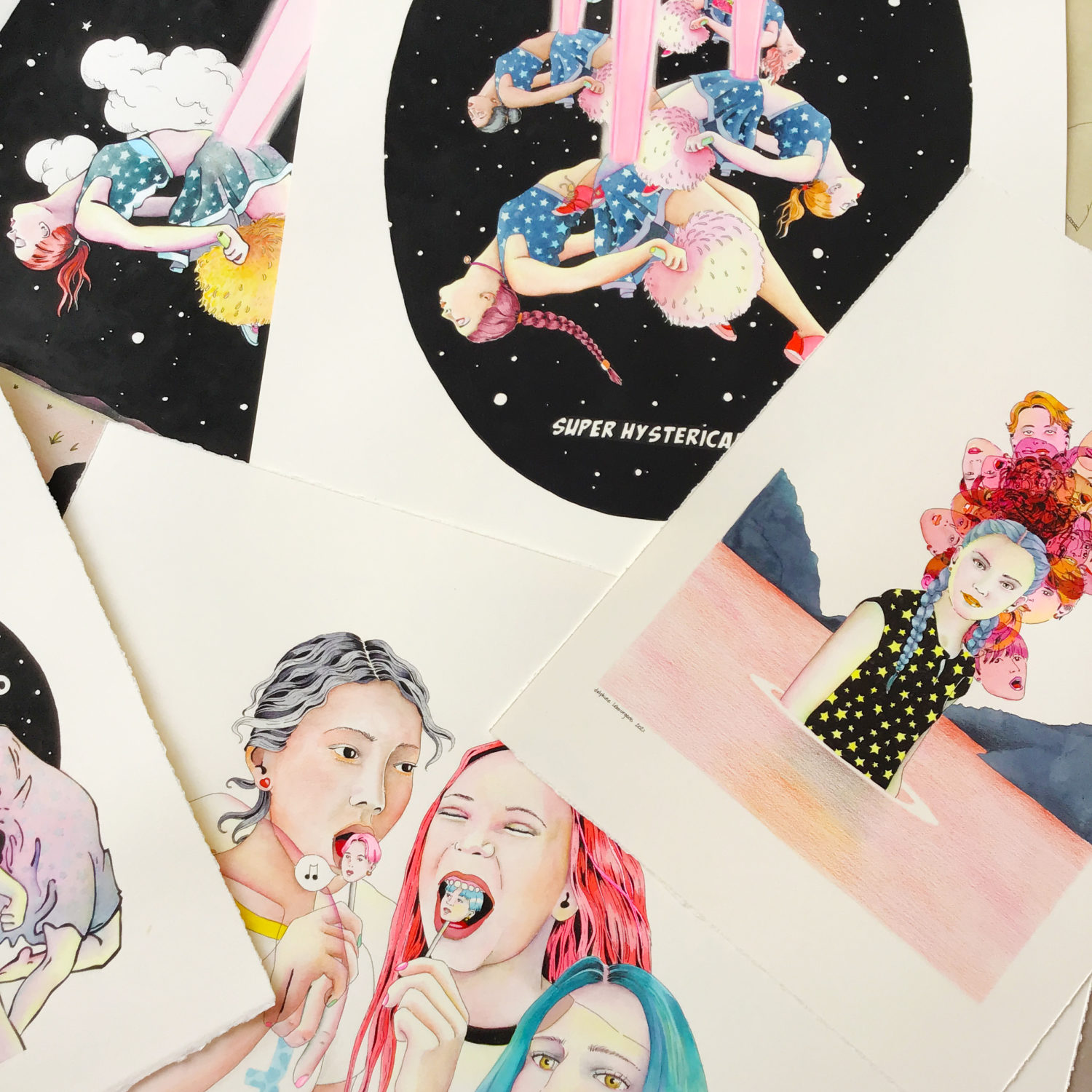 Interested in delving deeper into the ideas that inspired the series? Read the artist's press release below.