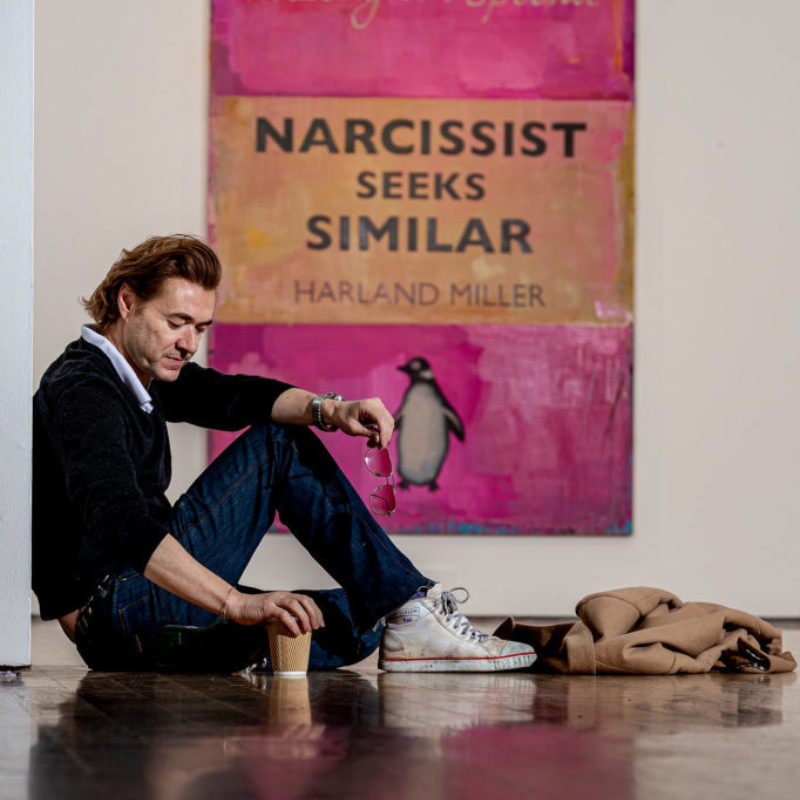 Can you tell a book by its cover? We take a deep dive into the world of Harland Miller and his famous pieces referencing Penguin tomes.

1. He’s written his own books

In 2000, Fourth Estate published Miller’s first book Slow Down Arthur, Stick To Thirty, a coming-of-age novel which quickly gained cult status. Although he graduated from the Chelsea College of Art in 1988, the novel pre-dated Miller’s first UK solo exhibition (at White Cube) by two years. Miller’s long relationship with literature is central to his art: his most famous works reference Penguin book covers, but the artist has also created a series of paintings based on the author portraits found on dust jackets (including one of Ernest Hemingway, who provides a recurring motif). Miller has since written short stories and novellas, as well as an autobiographical account of his early life which he read for a series on BBC Radio Three. There’s often an autobiographical slant to the fictitious titles on his book covers, too.

Harland Miller: Tonight We Make History (P.S. I Can’t Be There) at Blain Southern, Berlin.

2. Penguin picked up some paintings

The threat of legal action related to Miller’s use of Penguin books allegedly hung in the air for a while. According to Miller (speaking in an interview with Studio International), he went to the Penguin offices with art impresario Jay Jopling in order to sort out the dispute – and ended up being commissioned to make paintings for all 16 of the company’s territories. He was also granted access to the company archives in Bristol, packed with original book cover artwork. Ironically, many other artists have since copied Miller’s own format, spawning a host of lookalike works.

3. He's from Yorkshire, via Paris

Miller’s Yorkshire roots go some way to explaining his deadpan humour, while his ‘Pelican Bad Weather’ series references the culture and landscapes of his childhood (works include WHITBY The Self-Catering Years and BRIDLINGTON Ninety Three Million Miles From the Sun). He returned to the county with a 2020 retrospective at the York Art Gallery, entitled York, So Good They Named It Once (which was sadly forced to close early due to coronavirus).

The origin story for his oeuvre, however, is less northern England and more Amélie Poulain: Speaking in Saatchi Magazine, Miller recounted time spent living in Paris, where he would scour the book stalls of the Left Bank: Because he didn’t speak French, he would create imagined titles for tomes whose original ones he couldn’t understand.

The artist photographed at his exhibition 'York, So Good They Named It Once'

4. He's A Hit with Famous Faces

Miller’s witty wordplay and painterly style is accessible and insouciant, so it’s no wonder he’s garnered a celebrity following. Rachel Weisz and Ed Sheeran both have pieces, while Elton John allegedly once claimed he sees the words ‘International Lonely Guy’ (taken from Miller’s painting of the same name) in his head upon waking. Christie’s 2019 auction of the late George Michael’s collection of art included two Harland Millers, one of which (Incurable Romantic Seeks Dirty Filthy Whore) achieved a record-breaking £237,500 – more than four times its high estimate. On an episode of the BBC radio programme Desert Island Discs, Sheeran spoke of the glee he got from seeing Miller’s choice of swear word writ large on his wall.

5. He raised £1.25million for the battle against Covid

In 2020, Miller caught a mild dose of Covid and decided to raise money for charities supporting workers on the frontline. In collaboration with White Cube, he produced a new edition of Who Cares Wins, a painting originally inspired by caring for his father, who suffered from dementia. The 25 editions, priced at £5,000 each, sold out within 24 hours, raising £1.25million.

You can see works from the artist available at the gallery below. And don't forget to follow the artist to get updates on new works. 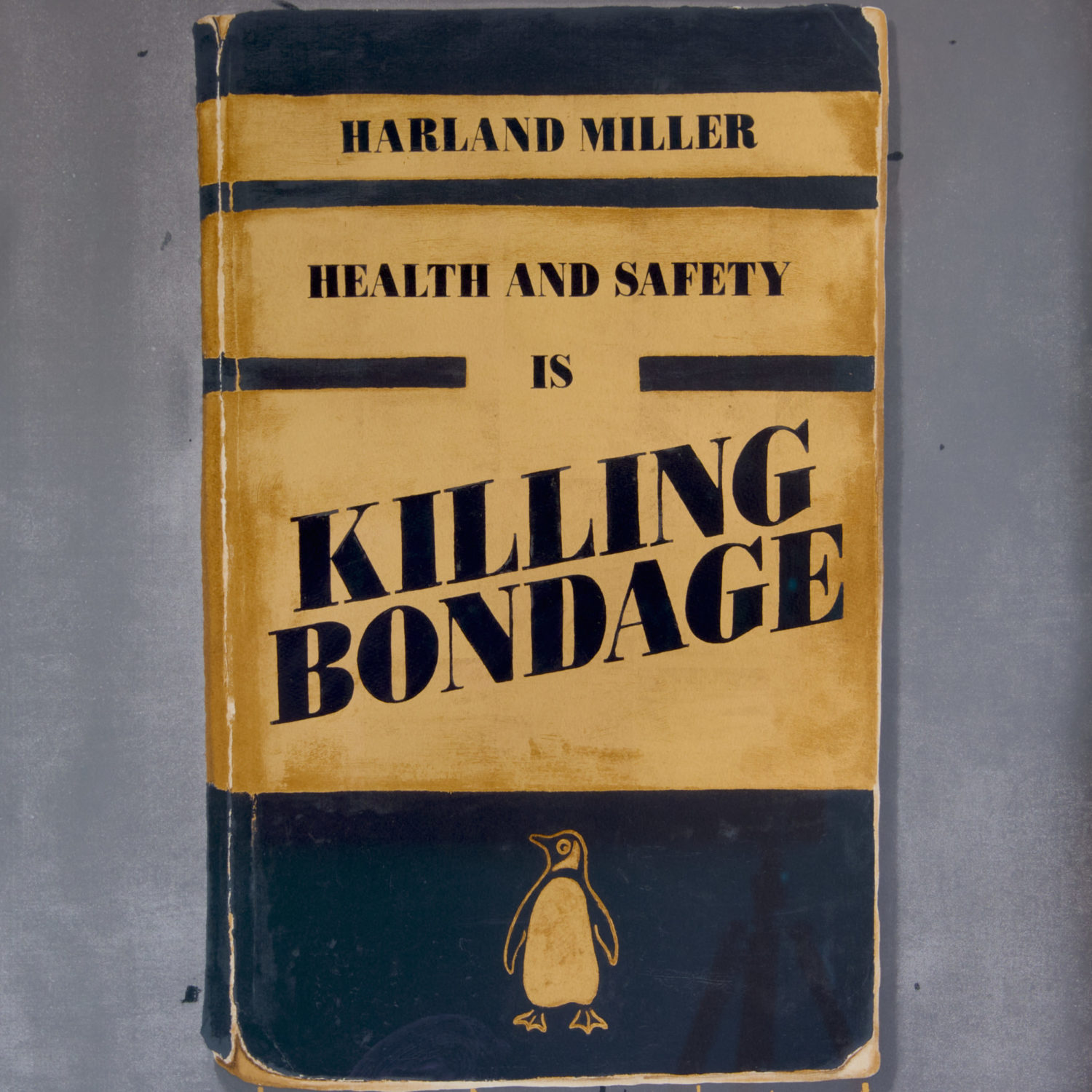 Be the first to know about new Harland Miller Works and Viewing Rooms. 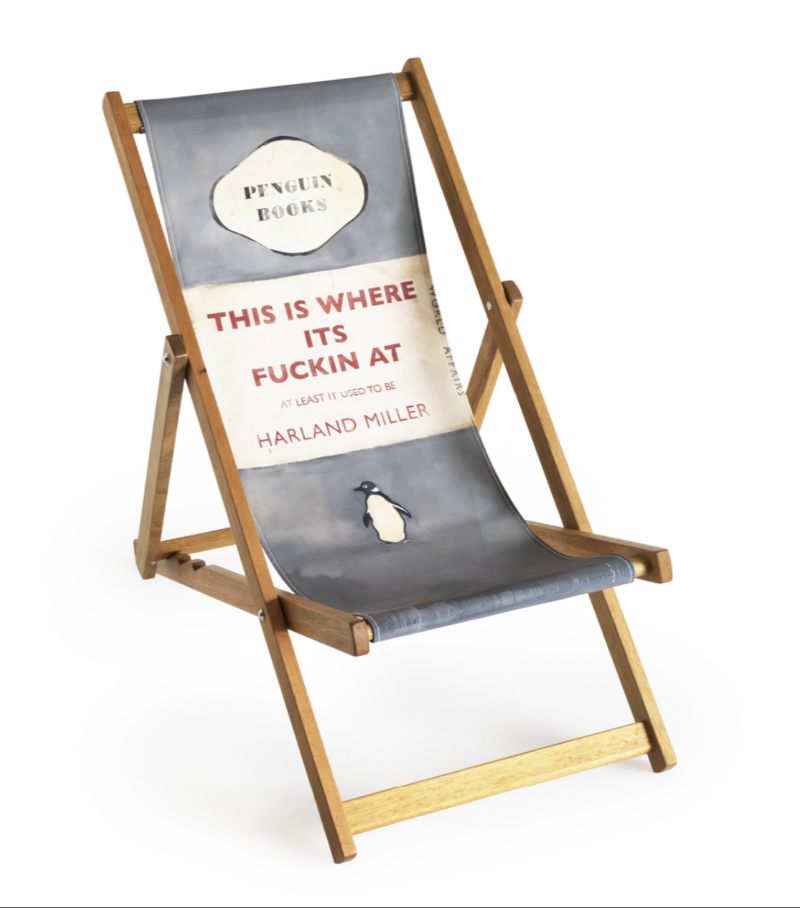 This is Where it's Fuckin At 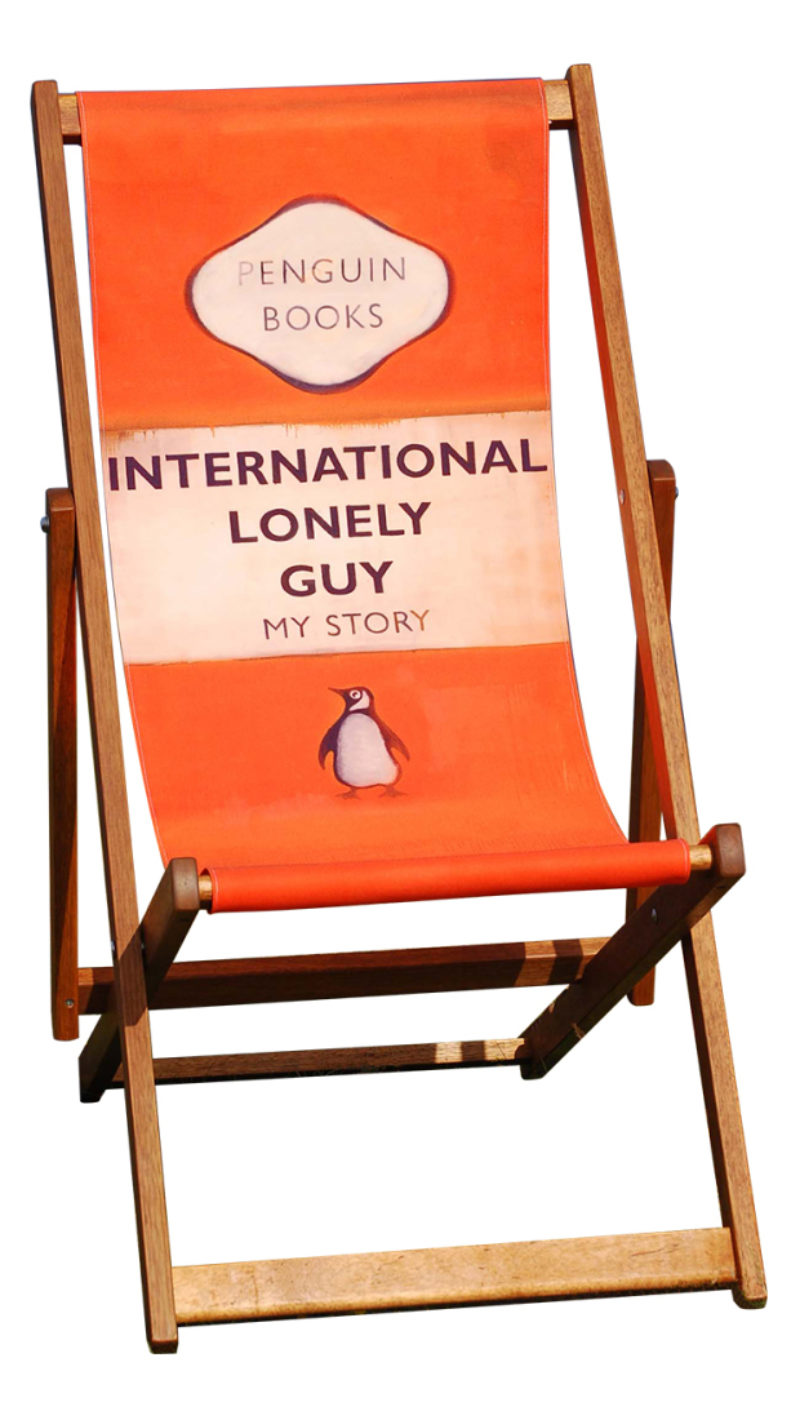 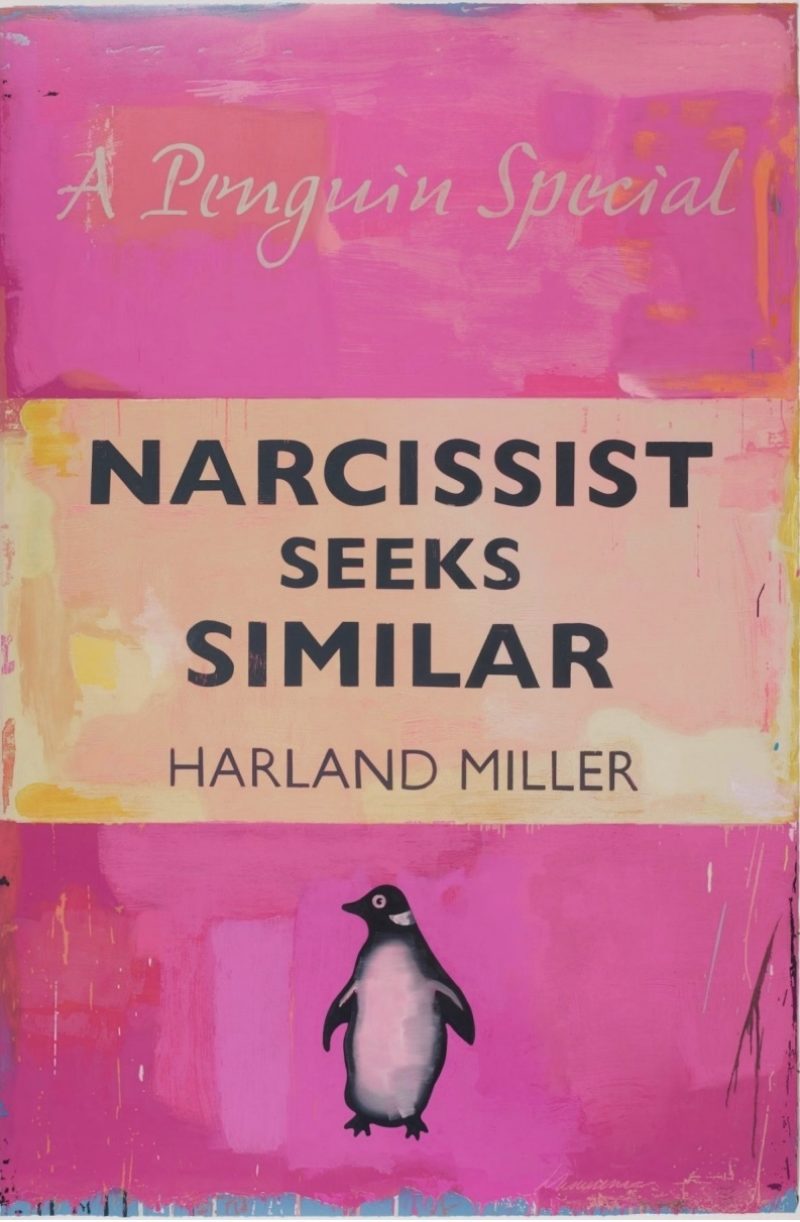 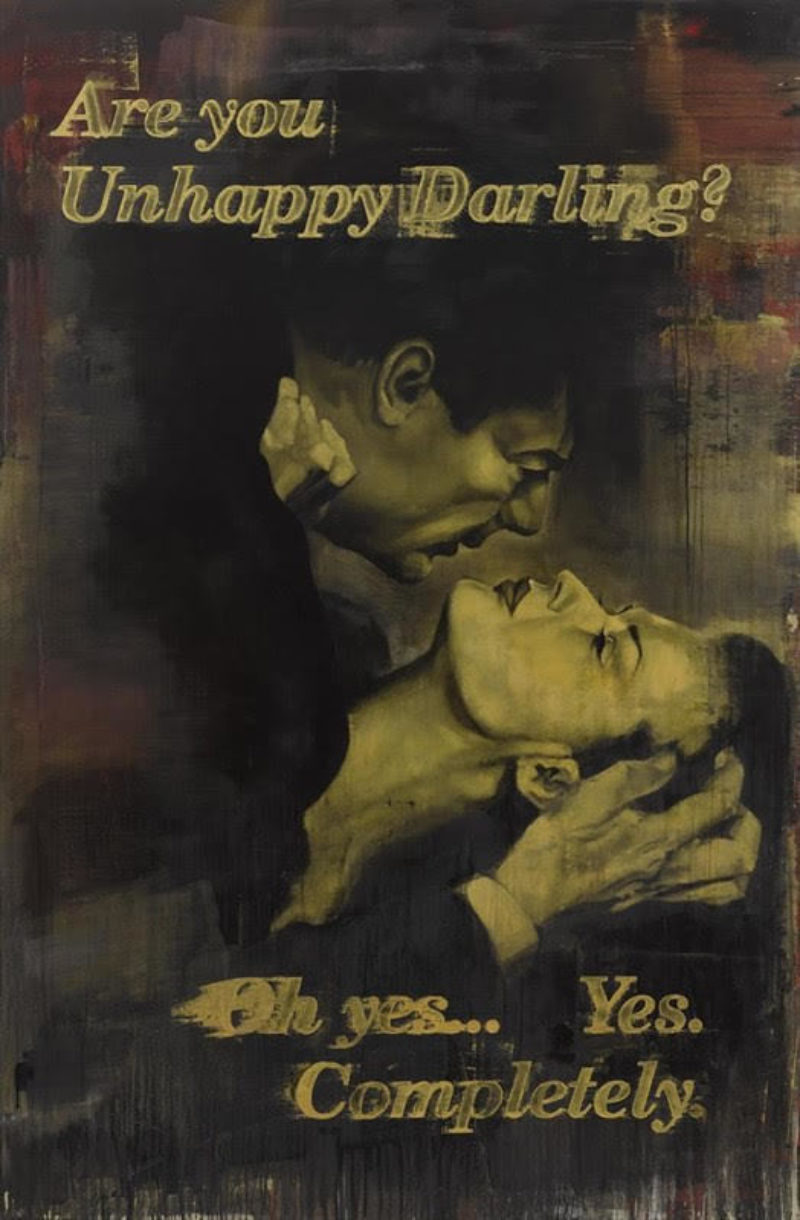 Are You Unhappy Darling? 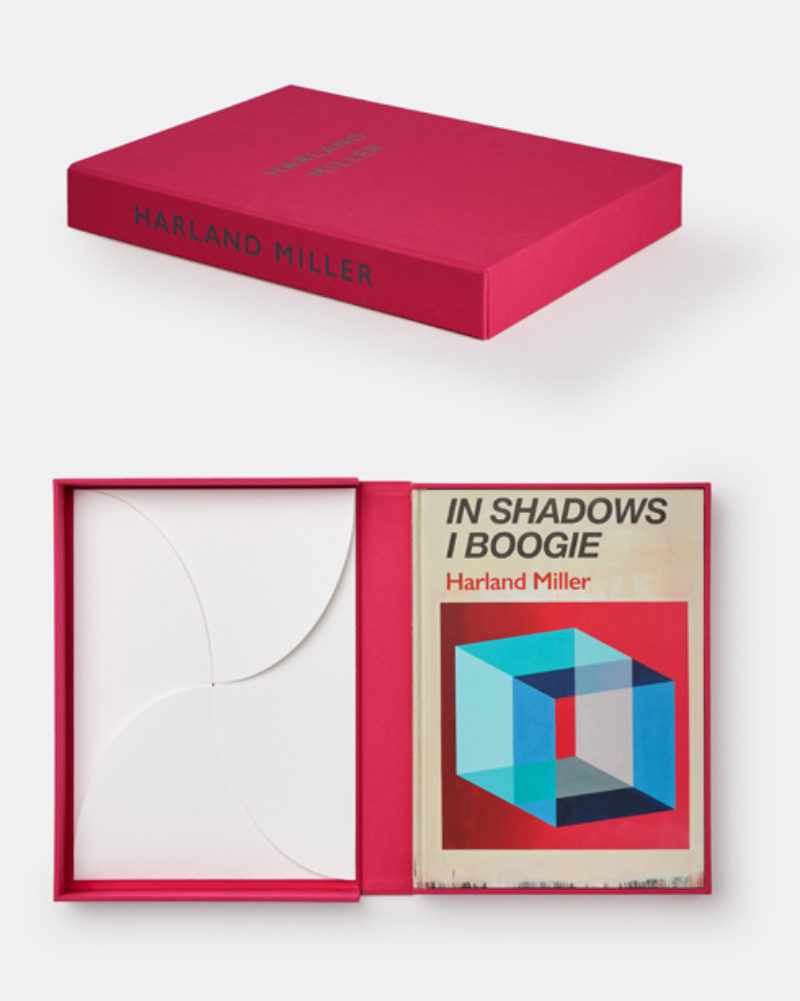 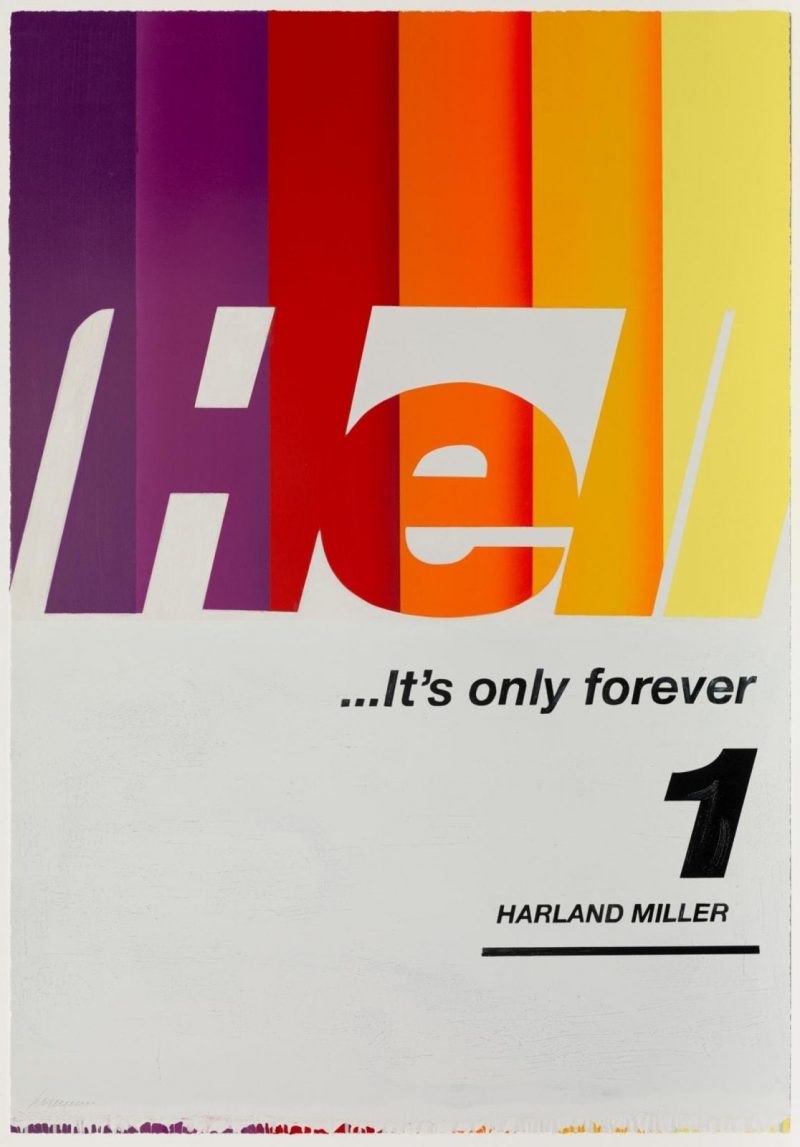 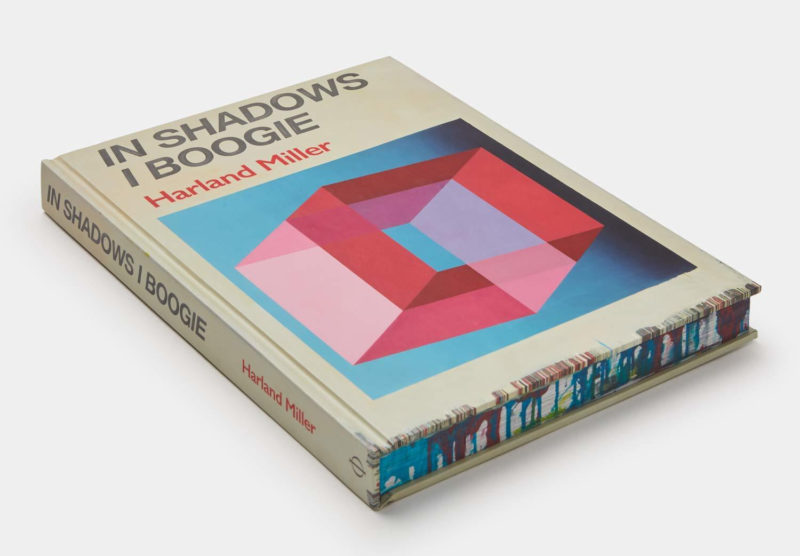 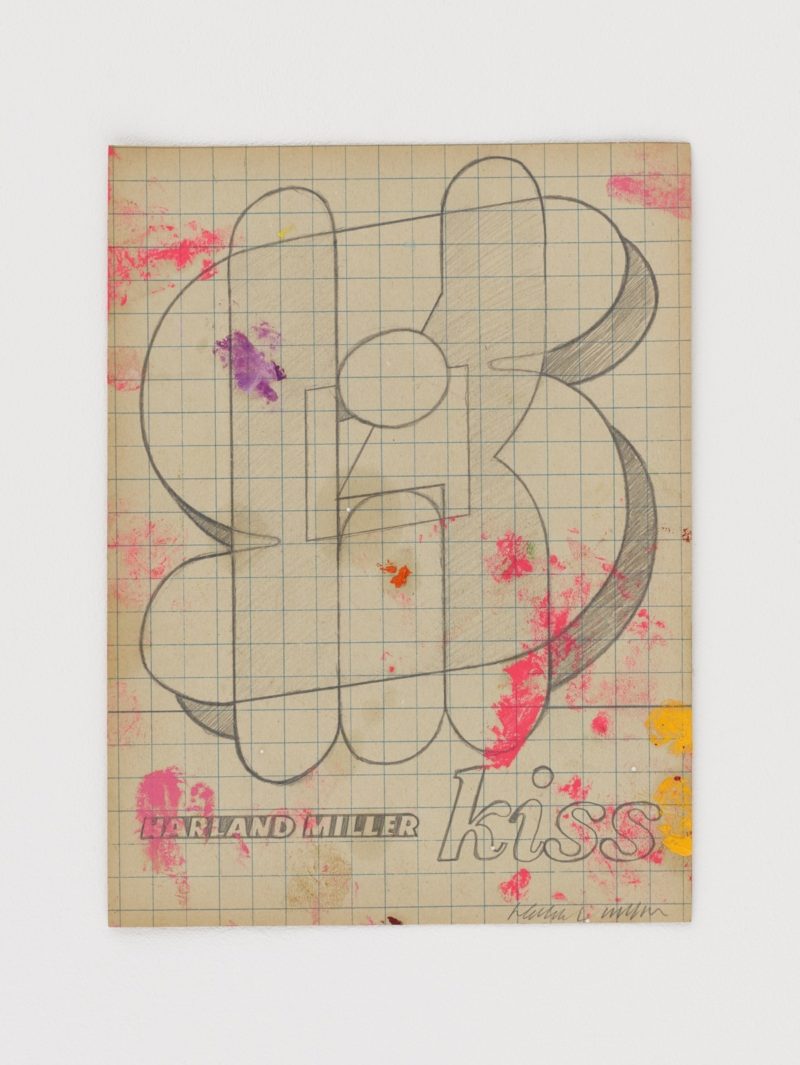 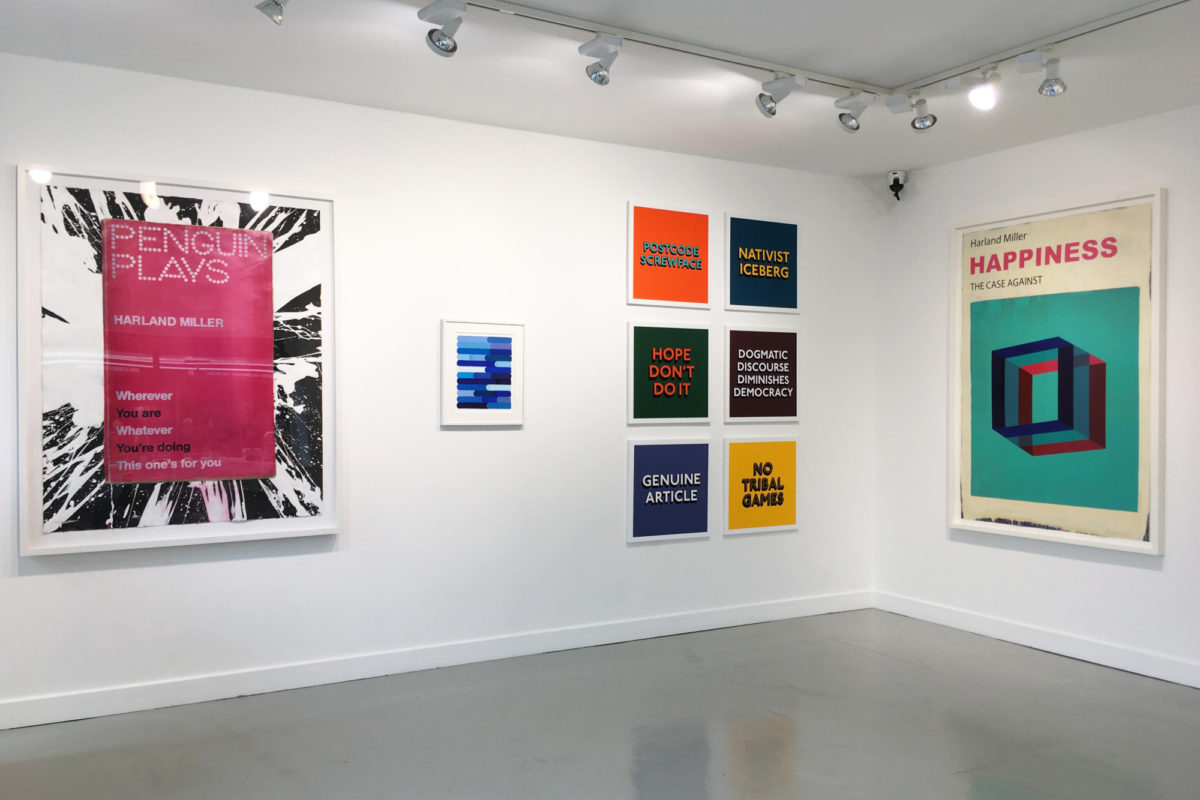