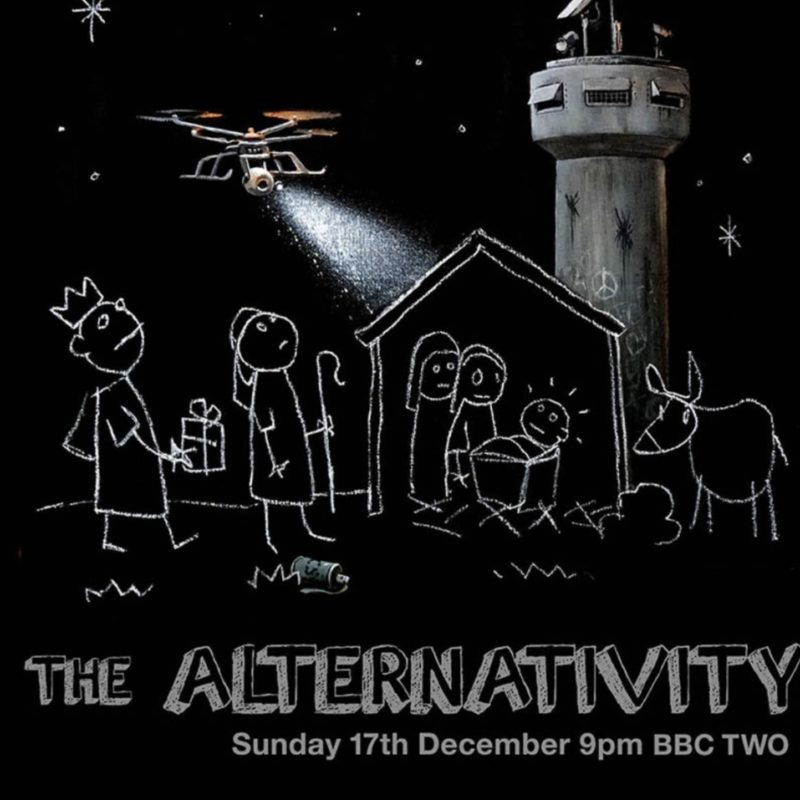 Banksy and Boyle | The Alternativity

The announcement that, without even meeting, Banksy and Danny Boyle have created The Alternativity, last week and it aired on BBC2 on Sunday 17th at 9pm. You can watch the performance and the documentary now on BBC Iplayer.

Shot in a carpark behind the Walled Off Hotel in Bethlehem, the BBC has produced a documentary surrounding the making of The Alternativity.

BBC 2 tweeted a video of Danny Boyle receiving and reading out a hand written letter from Banksy asking for help to "bring peace to the middle east"...

How do you stage a nativity in the car park of a Bethlehem hotel? And, more importantly, how do you make it snow? #TheAlternativity pic.twitter.com/DWbe6NIHKD

The Walled Off Hotel posted a video on their Facebook page of Christmas carols being sung and snow!

From "the worst view in the world" to "the Least Christmassy place on earth" - Banksy will forever provoke and promote serious social and political situations around the world.

Banksy and Boyle made it snow in Bethlehem and had the children's innocents in their hearts and minds, meanwhile the tower's on West Bank are occupied by snippers. The Alternativity provided a relief and entertainment to the children and adults alike. Yet again, Banksy has brought our gaze back to highlight the stark contrast of peoples experiences and lives. 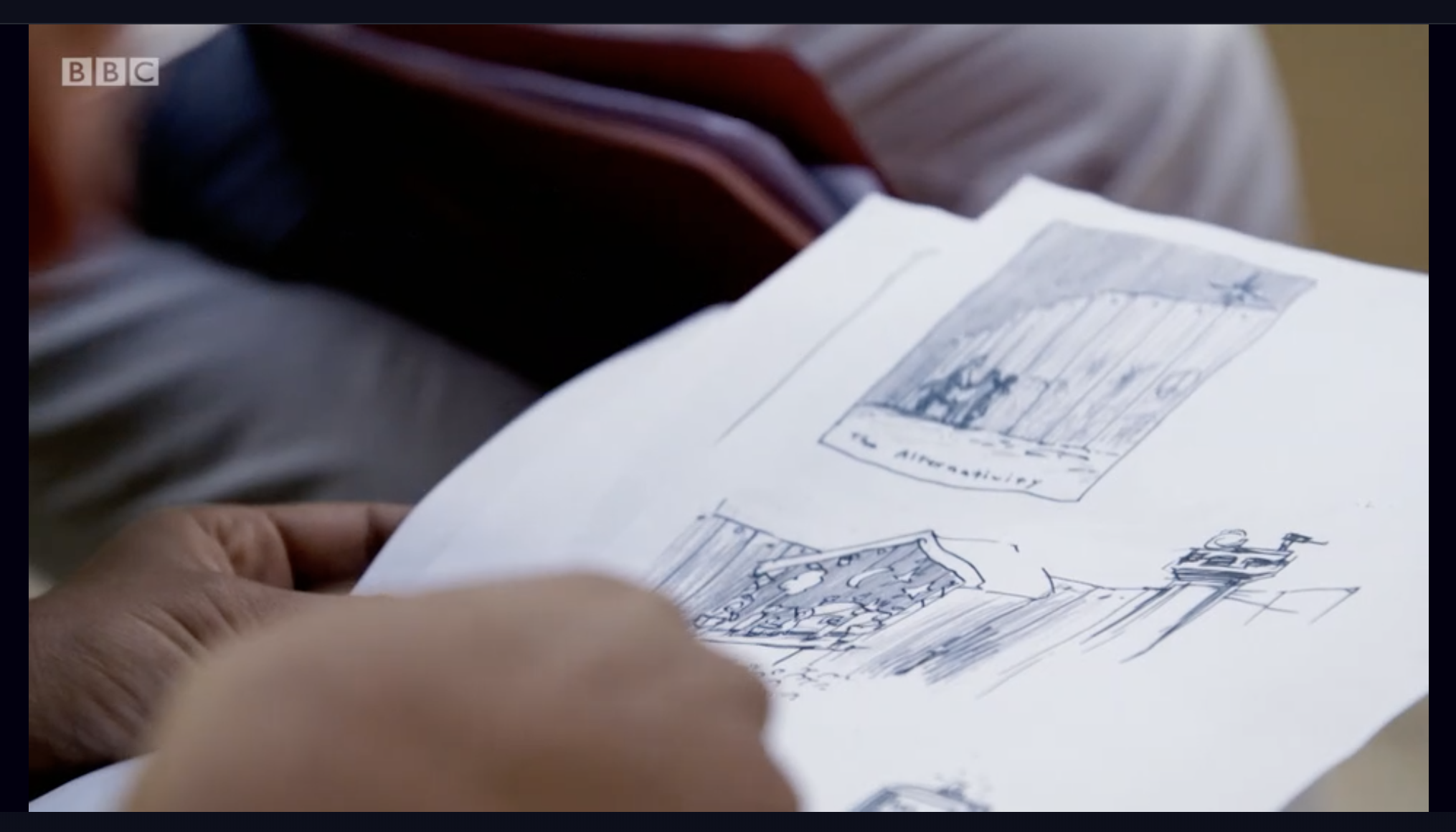 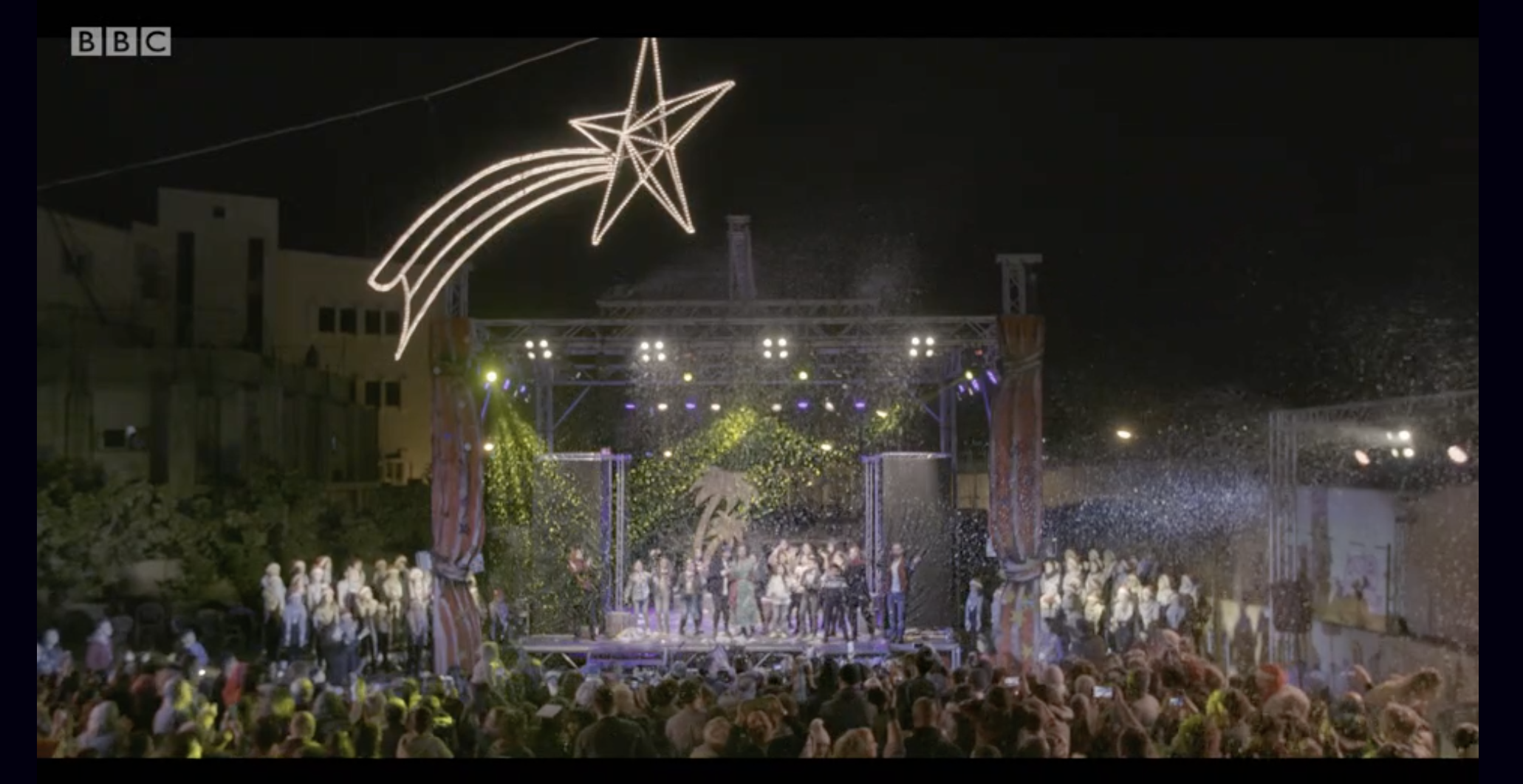 Image from BBC of The Alternativiy Preformance 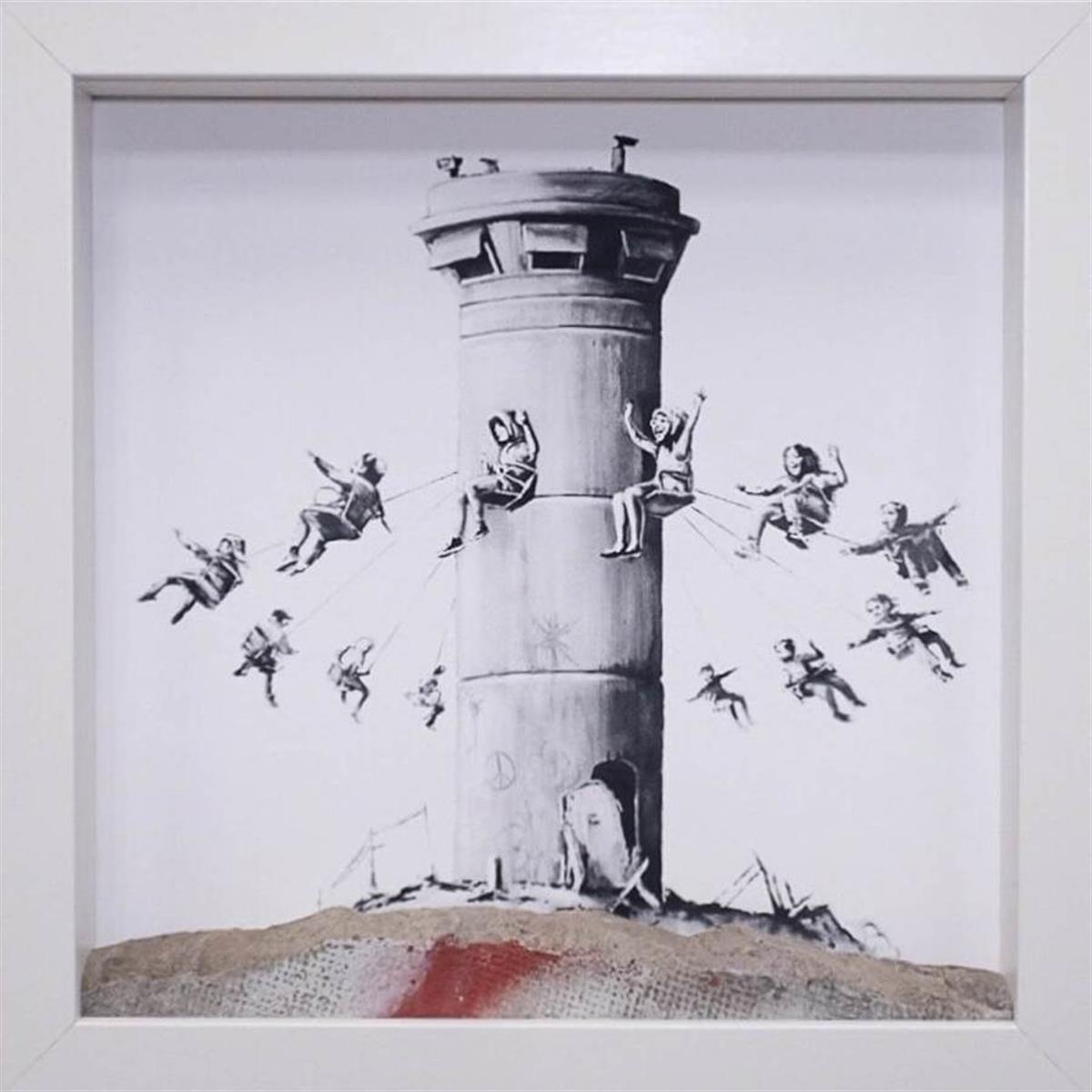 Banksy | Walled off Boxset | Sold framed with a chunk of concrete

This piece is availble from the the gift shop next to the Walled Off hotel.

Two murals cropped up in Bethlehem earlier this month ahead of the Christmas extravaganza. Click read to read more... 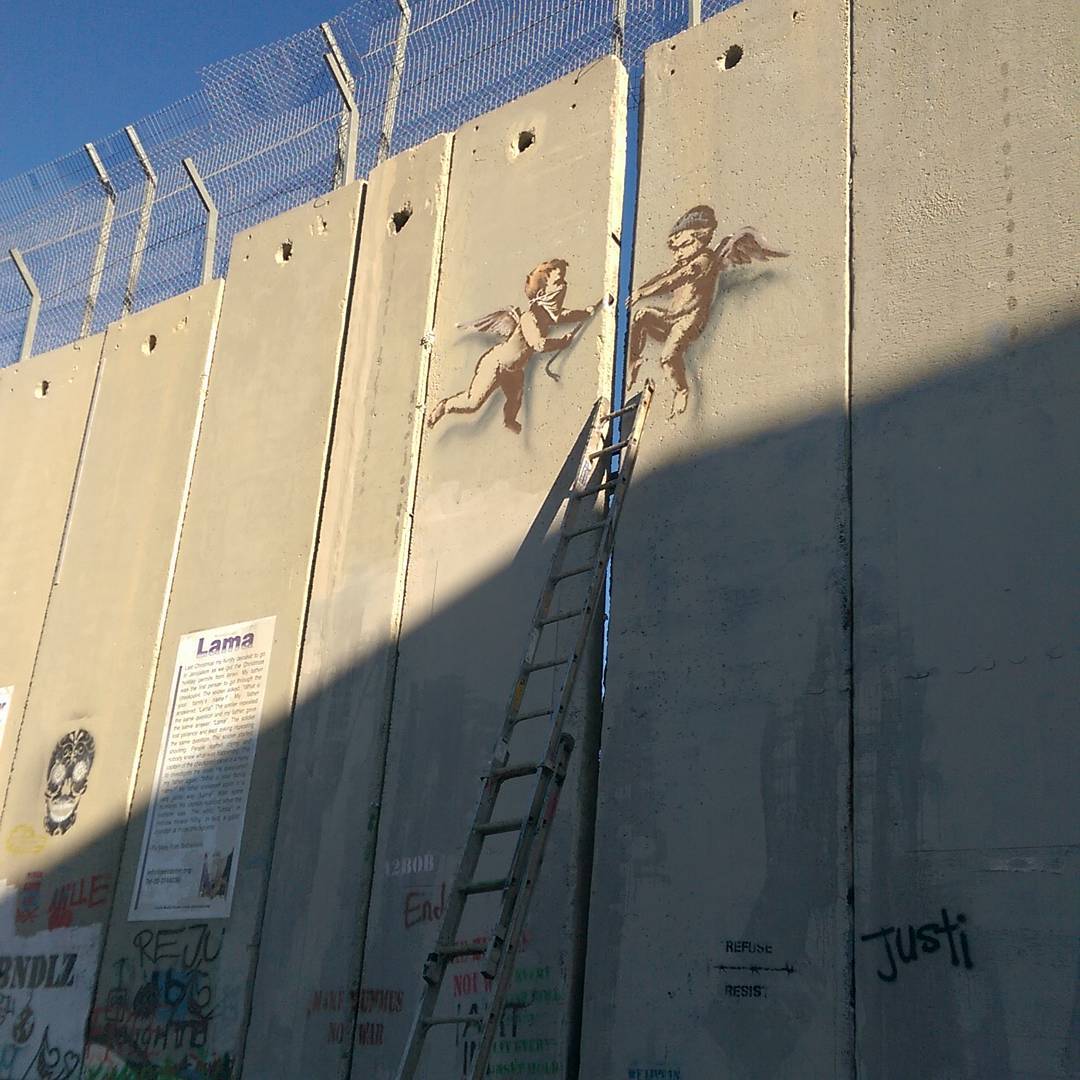 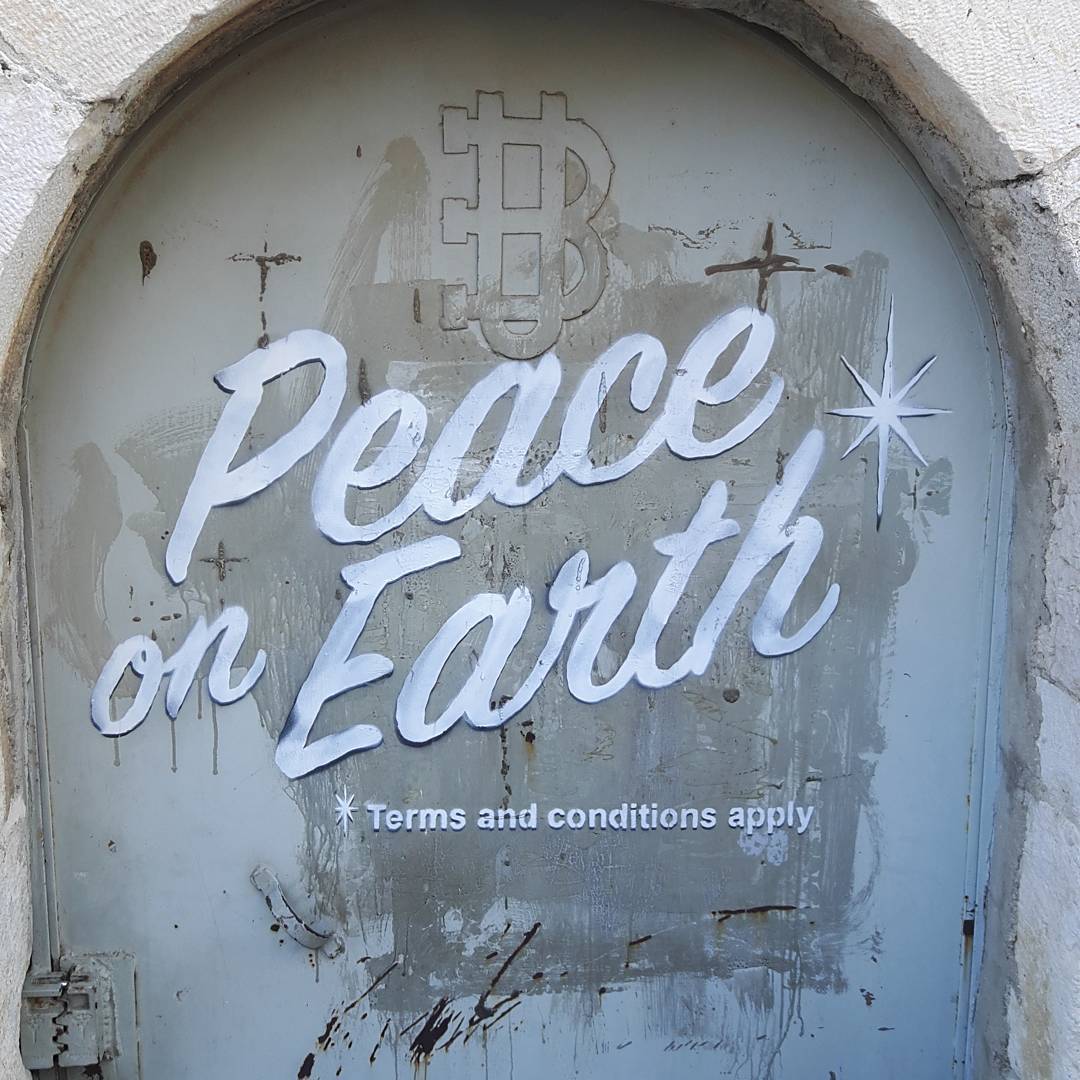 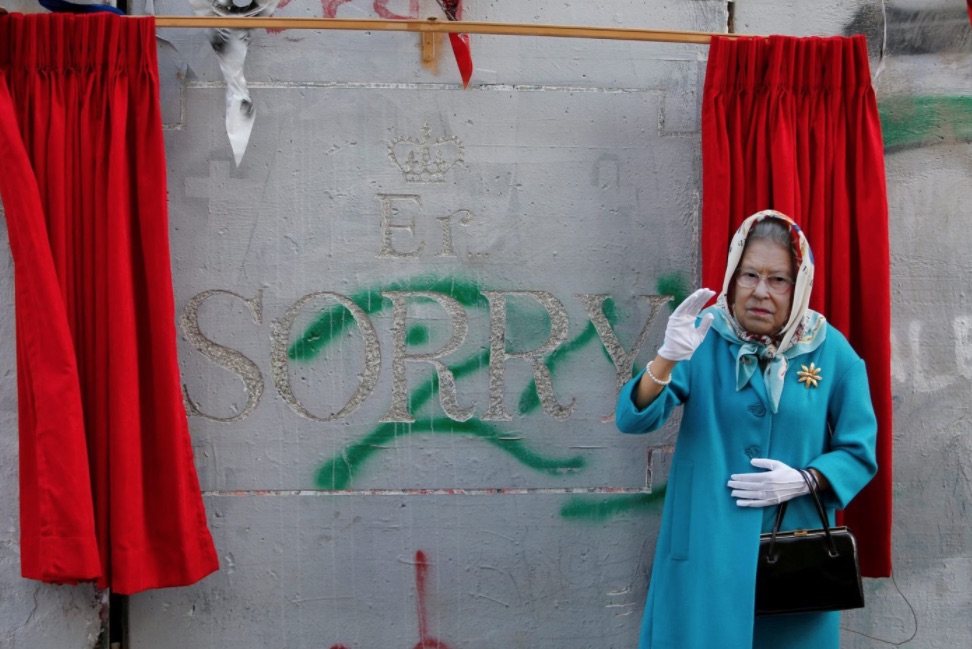 Peace and love to one and all!

If you have any questions or queries, we would love to hear from you. Contact us on info@hanguppictures.com