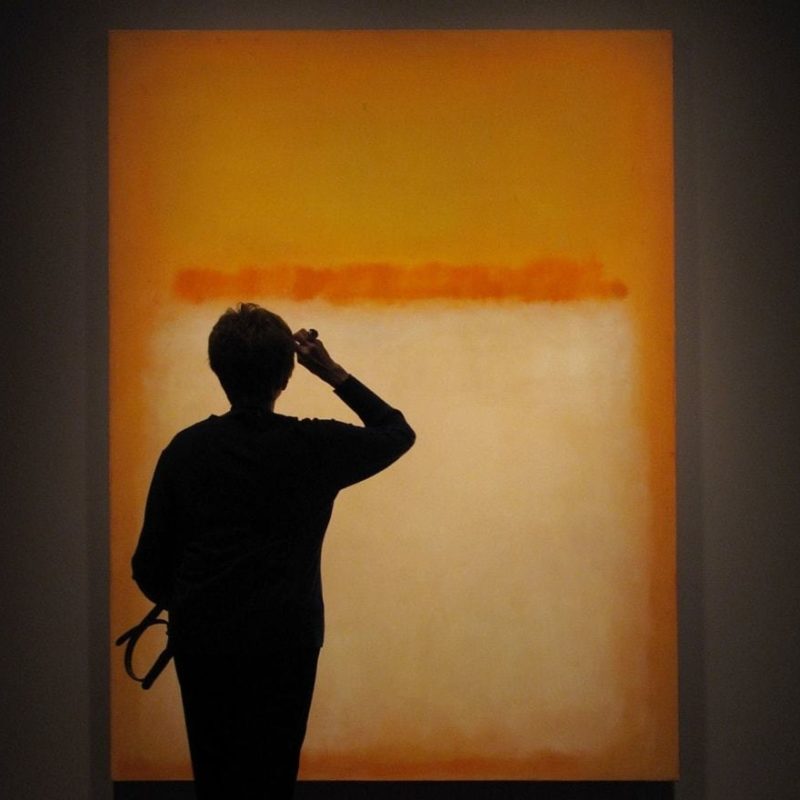 Back in 2012, an unlikely couple achieved celebrity status. Profiled in Vanity Fair, interviewed on Channel Four and still in demand on the speaker circuit, Wolfgang and Helene Beltracchi were big names in the art world – prolific collectors with an incredible life based around their pieces. There was just one problem: the expressionist and surrealist works they’d built their vast fortune on were all fake, created by Wolfgang and attributed to her grandfather’s long-long estate by Helene. The pair were eventually sentenced to jail time for fraud which had netted them an estimated $45 million.

A Jackson Pollock painting from Netflix documentary "Made You Look"

What made the two crooks art superstars?

We’re obsessed with the romance of the art con – so much so, in fact, that a handful of forgers and wheeler dealers have captured public attention over the last decade, spawning books, documentaries and even feature films. With glamorous lives and big money stakes, the best art cons are as compelling as the twistiest movies – and, as the art market becomes ever more lucrative, the temptation to fake your way to a fortune is becoming ever stronger too: Some experts believe that up to half of all works on the market are now forgeries.

Made You Look: The True Story About Fake Art

Even the authentication and gallery business can be murky, as experts are paid life changing amounts to attribute pieces, and similarly large amounts to sell them. Perhaps the most famous case involving gallery fraud took place in 2009, when renowned New York dealer Ann Freedman resigned from Knoedler Gallery after several of the paintings she’d acquired and sold turned out to be art forgeries. She maintained her innocence and was never prosecuted, settling out of court and later appearing in the Netflix documentary Made You Look, which focused on the gallery’s demise.

Perhaps the huge monetary temptations explain why so many works slip through the net: back in 2018, 20 works out of 21 in a Modigliani exhibition at Genoa’s Palazzo Ducale were deemed to be fakes, with both the museum’s director and the collector of the works subject to an investigation by the Italian police (works from the 20th-century onwards are much easier to copy due to the availability of materials).

Amedeo Modigliani, Marie, Daughter of the People, 1918, at Palazzo Ducale. It was later declared a fake.

Similarly, at the beginning of this year, the Orlando Museum of Art was accused of showing 25 fake Basquiat paintings. The works were supposedly purchased directly from the artist by a Hollywood TV producer and then left in his storage unit until after his death. However, serious doubts were raised when one piece was found to be painted on cardboard printed with a typeface from the 1990s.

Questions abound about some of the most important pieces sold over the past decade. Among them is the world’s most expensive art purchase, Salvator Mundi, which is attributed to Leonardo da Vinci and was bought by an undisclosed buyer (rumoured to be the Saudi Crown Prince, Mohammed bin Salman) in 2017 for $450 million. In the 2021 film The Lost Leonardo, art market insiders speculate on whether the painting is real, with some suggesting that it may currently be hidden on the prince’s super yacht.

Aware of the costs and reputational damage of selling fakes, auction houses are taking steps towards avoiding mishaps. Forensic inspections, in which scientists look for pigments which date paintings differently, are de rigeur and Sotheby’s even has an inhouse forgery unit, Orion Analytical, which it bought back in 2016.

Critics are divided on Wolfgang Beltracchi’s talent. In his Vanity Fair profile piece, the art historian Aya Soika criticised his use of a projector, while the curator Ralph Jentsch calls most of his forgeries “crude fakes”. Other fraudsters, however, were such good artists that they forged a name in their own right – after they forged the rest of their work, that is. Witness Eric Hebborn, who studied at the Royal Academy of Arts and won a scholarship to the British School at Rome in the late 1950s, before becoming disillusioned with his failure as an artist and going on to recreate paintings in the style of some of the most famous Old Masters and Impressionists. His works were technically brilliant and are rumoured to have made their way into the collections of some of the world’s top museums (Hebborn suffered a grizzly fate when he was found dead on a Roman street, having sustained a fatal blow to the head).

“If my work hangs in a museum long enough, it becomes real.”

Elmyr de Hory - Can a good fake piece of art be art too?

Elmyr de Hory, a contemporary of Picasso’s who began his career making drawings and passed himself off as an impoverished aristocrat with a valuable art collection, made so many decent Modigliani paintings that it’s now impossible to catalogue the artist’s genuine works. More than half a century later, de Hory is famous in his own right: In 2020, his friend Mark Forgy put on an exhibition of the work left to him when the artist took his own life in 1976. His fakes still sell and, to make the waters even murkier, some come with the vague ‘attributed to’ de Hory tag – which means they themselves could be fake.

In 2018, another painter was arrested by Italian police – Lino Frongia, a fairly well known artist who has exhibited across Italy and was once described as “the greatest “Old Master” painter alive.” Accused of being caught up in the selling of arts attributed to Frans Hals, Parmigianino, Gentileschi and Bronzino amongst others, he became the subject of a scandal when the court of appeal in Bologna rejected an arrest warrant by the European Court. Frongia maintains his innocence.

Pest Control is the office that handles the paperwork for Banksy.

The cautious approach - how to protect yourself from scams

With so much fake art circulating, it pays to be cautious when purchasing. Buy from a respected gallery or auction house rather than privately, as most will refund your purchase if the work turns out to be inauthentic. At Hang-Up, our invoices count as confirmation that a purchased work is genuine and all our Banksy works come with a Certificate of Authenticity from Pest Control (Banksy’s official authentication channel). If you plan to buy elsewhere, always look for a paper trail and a Certificate of Authenticity, and do your own digging to check the provenance of a high-value piece too. Look for references to the work that place it at the location and time of its supposed creation, as well as any exhibition or conservation records. The most important thing to remember? If it seems like too good a deal, it probably is.

To talk to Hang-Up staff about the issues raised in this article, please get in touch.