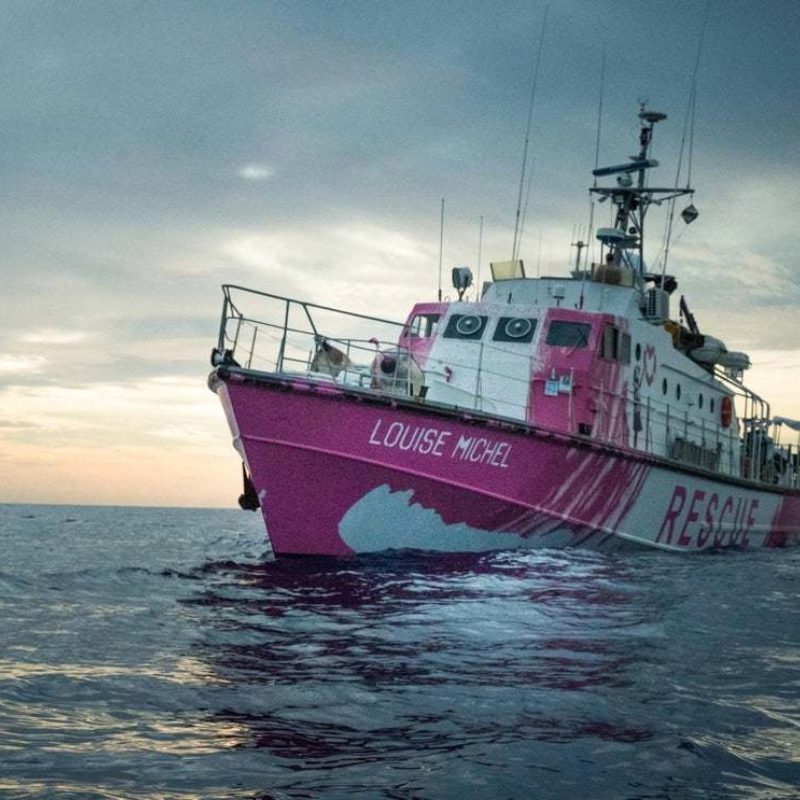 Banksy has financed a refugee rescue boat - named Louise Michel after a French feminist anarchist - which set sail in secrecy on August 18th from the Spanish seaport of Burriana, near Valencia, and is now in the central Mediterranean where on Thursday it rescued 89 people in distress and by today has saved about 350 lives in total.It is now looking for a safe seaport to disembark the passengers or to transfer them to a European coastguard vessel.

The crew, made up of European activists with experience in search and rescue operations, had already assisted in two other rescue operations involving a total of 105 people, who are now onboard the NGO vessel Sea-Watch 4.

The bright pink Louise Michel sails under a German flag and features artwork by Bansky, most noticeably a remake of his iconic 'Girl with Balloon' with the girl in a life vest and the balloon replaced by a heart-shaped buoy.

Banksy’s involvement in the rescue mission begun in September 2019 when he emailed Pia Klemp, the former captain of several NGO boats that have rescued thousands of people over recent years. The email read:

“Hello Pia, I’ve read about your story in the papers. You sound like a badass. I am an artist from the UK and I’ve made some work about the migrant crisis, obviously I can’t keep the money. Could you use it to buy a new boat or something? Please let me know. Well done. Banksy.”

Klemp, who initially thought it was a joke, believes she was chosen by Banksy due to her political stance - “I don’t see sea rescue as a humanitarian action, but as part of an anti-fascist fight” she says.

Photo of the Louise Michel by Ruben Neugebauer

With a top speed of 27 knots, the Louise Michel would be able to “hopefully outrun the so-called Libyan coastguard before they get to boats with refugees and migrants and pull them back to the detention camps in Libya”, said Klemp. Non-state sea rescuers have long criticised the mass return of migrants to Libya by the Libyan coastguard in collaboration with EU member states. International organisations have accused the Libyan coastguard of mistreating people at sea or selling them off to militias at Libyan harbours after intercepting them.

According to the International Organisation for Migration, more than 7,600 migrants have been intercepted so far this year and returned to war-torn Libya. Often confined to informal camps, the situation for migrants in Libya is desperate, with acts of systematic torture long documented by human rights organisations.

The planning of the mission was carried out in secrecy between London, Berlin and Burriana, where the Louise Michel had docked to be equipped for sea rescues. The crew feared media attention may compromise their goals and thus agreed to release news about the boat after carrying out the first rescue.

Photo of the Loise Michel by Chris Grodototzki

The Louise Michel is the latest civilian intervention to prevent unnecessary deaths in the Mediterranean. Other NGO rescuers have engaged in rescue activities this year but have been impeded by excessive inspections by European authorities. Restrictions in relation to coronavirus have also affected sea rescue activities, with NGO crews unable to return to the central Mediterranean for the last months.

So far in 2020, more than 500 refugees and migrants are known to have died in the Mediterranean sea, and the true number is estimated to be considerably higher. On Wednesday, 45 lives were tragically lost when the engine on their boat exploded off Libya, in the country’s deadliest shipwreck this year according to the UN.

Another image from the Louise Michel's first mission

It is without a doubt an incredible and much needed intervention at the borders of Europe. You can follow the Louis Micheal on twitter to stay up to date on their missions. 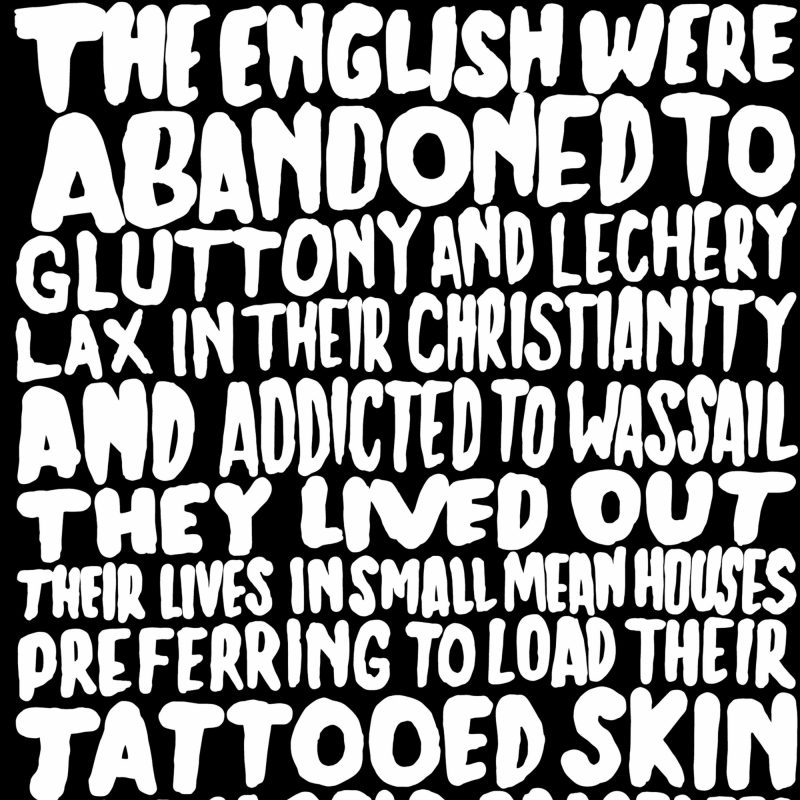