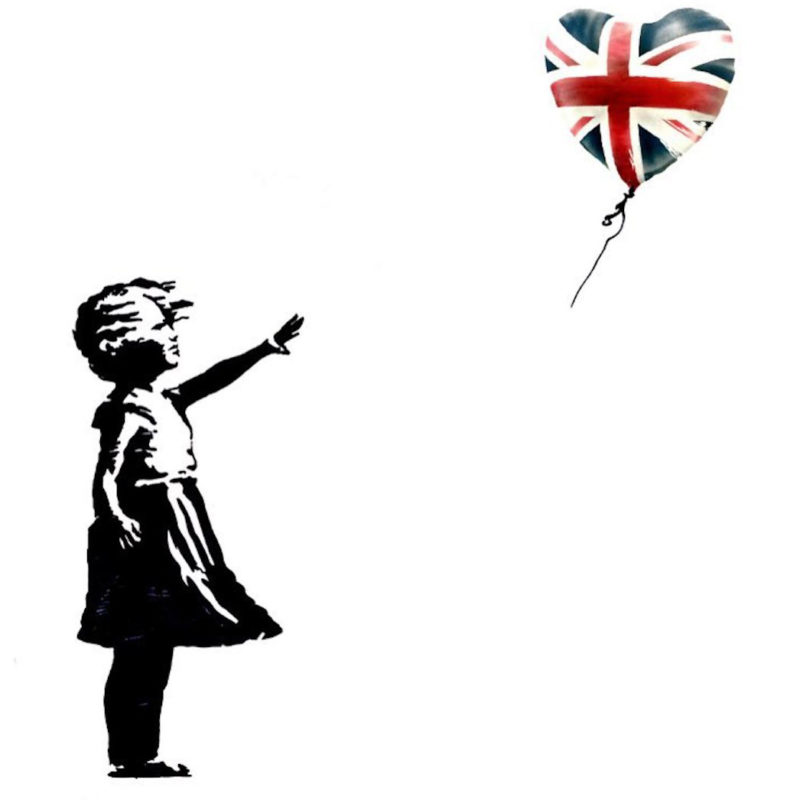 Over the weekend Banksy fans and followers were delighted to discover that the elusive street artist would be releasing a new print on 9 June - a day after the UK general election. The print would see Banksy's most internationally recognised image of 'Girl With Balloon', where the Union Jack would replace the iconic red heart balloon that drifts off into the abyss. Only just a few days after (shock horror) the release was pulled due to its illegal ramifications...

It has been stated that apparently, Banksy was trying to sway the election results...Perhaps it's too late?

Was there ever a print to be released? No one will ever know. But, true to Banksy form, he's got a lot of people talking.
Banksy strikes yet again.
Here's how it all panned out: 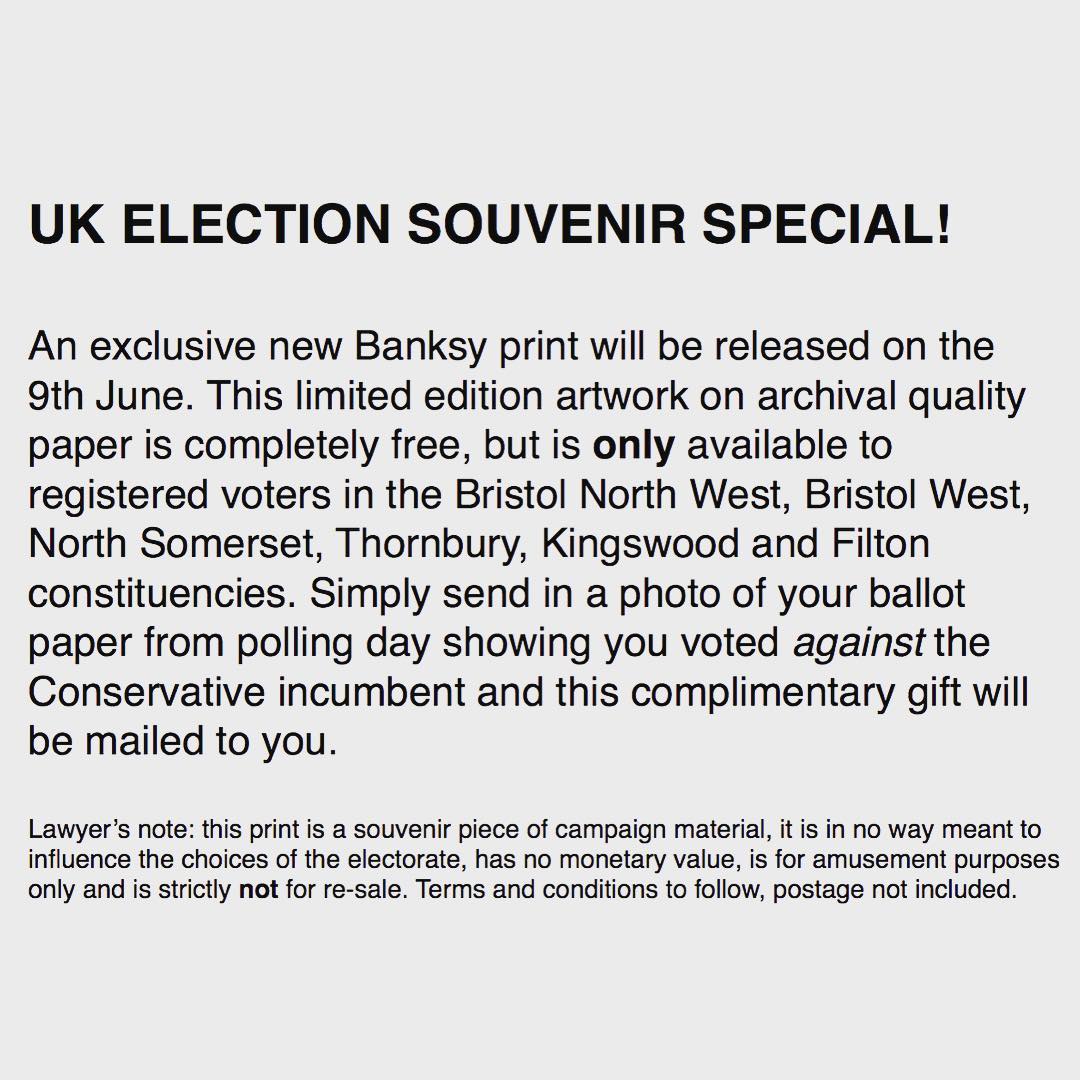 To receive a print was pretty simple. Banksy released a statement on his website and social media channels stating, "Simply send in a photo of your ballot paper from polling day showing you voted against the Conservative incumbent and this complimentary gift will be mailed to you." The new, limited-edition artwork would only be offered to people in seats from six Bristol constituencies - the artists home county.

Too good to be true, you say? Well, it seems so. Only just recently Banksy has released a new statement announcing a 'product recall' after an investigation was launched by Avon and Somerset Police, who said they had received "a number of complaints". 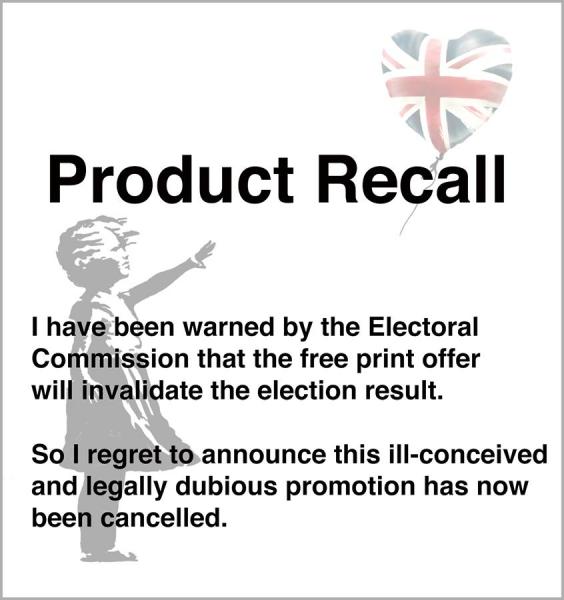 Police said on Monday: "It is a criminal offence under the Representation of the People Act 1983 for any voter to accept or agree to accept a gift or similar in return for voting or refraining from voting...Any person participating in an offer to receive a gift is at risk of being prosecuted." 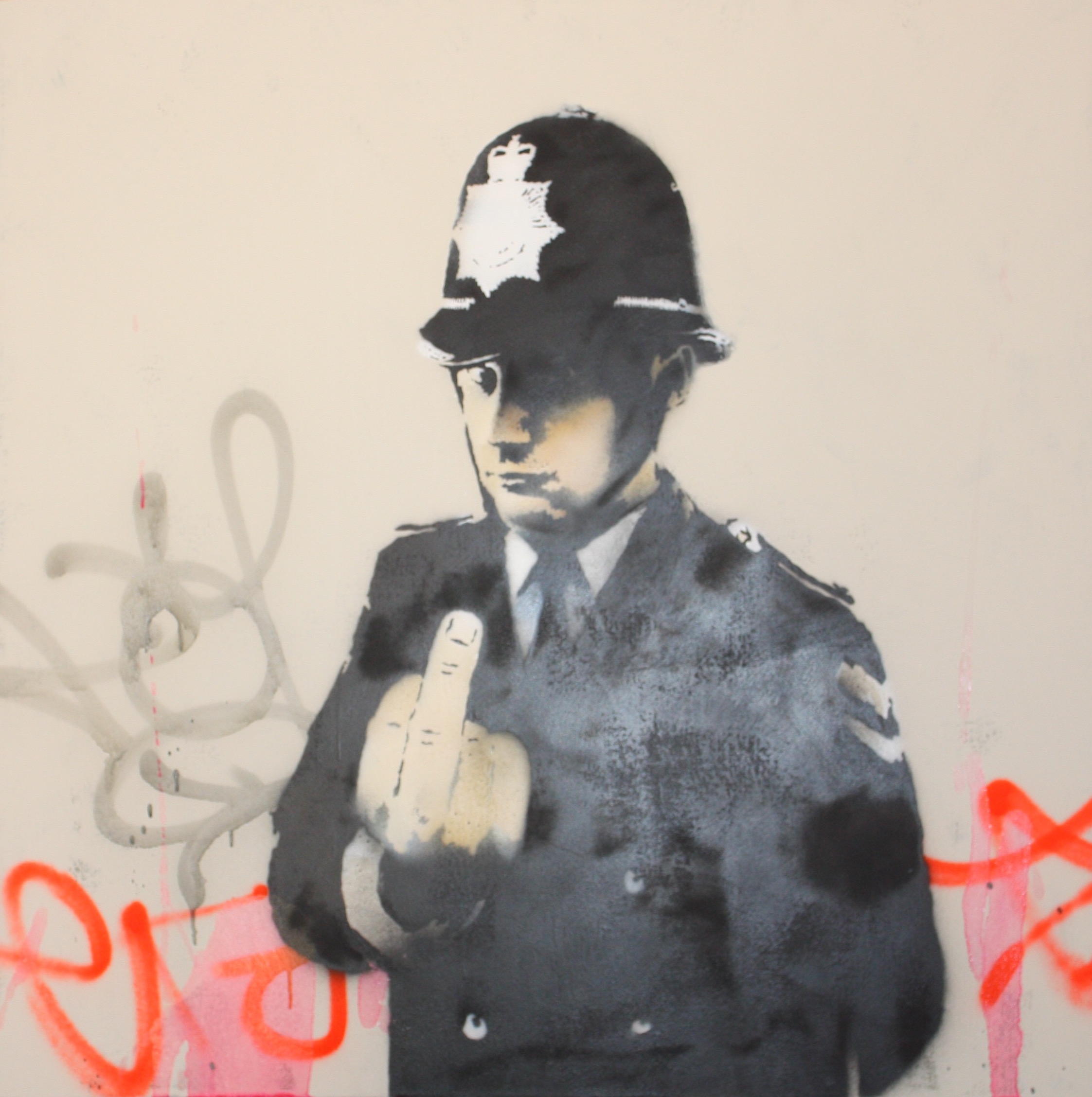 In only the space of a few short days, news of the prints release and cancellations has spread like wildfire.

Could this be one of the most well thought-out political stunts an artist has executed? Or could Banksy really produce and ship out thousands of limited edition prints to anti-conservative voters? Alas, anything is possible these days. 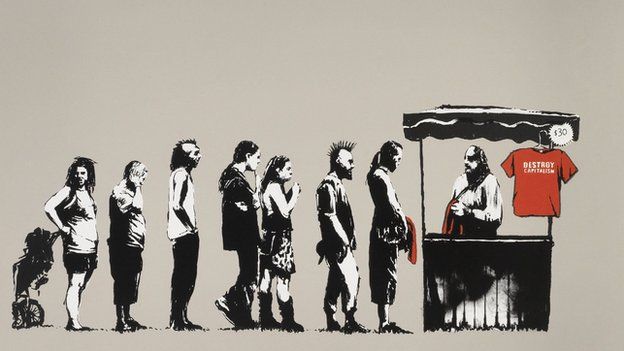 Remember to vote Thursday 8 June folks. We have the power to make a difference.

You can also view our large selection of Banksy prints online via the links below: 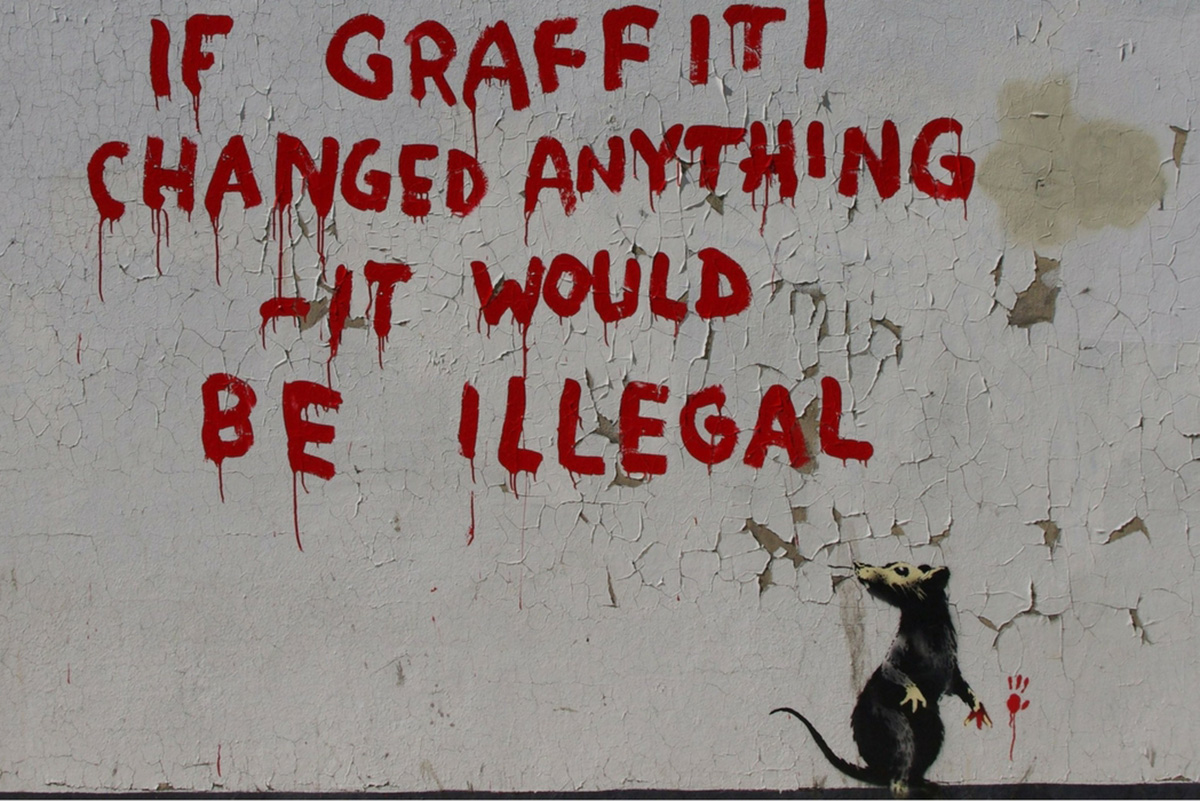 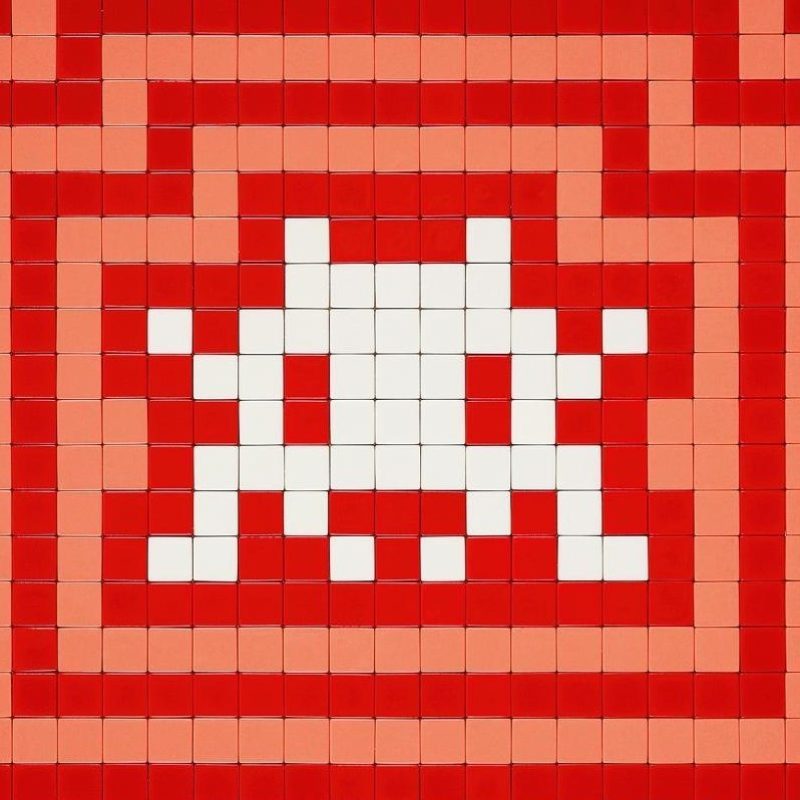