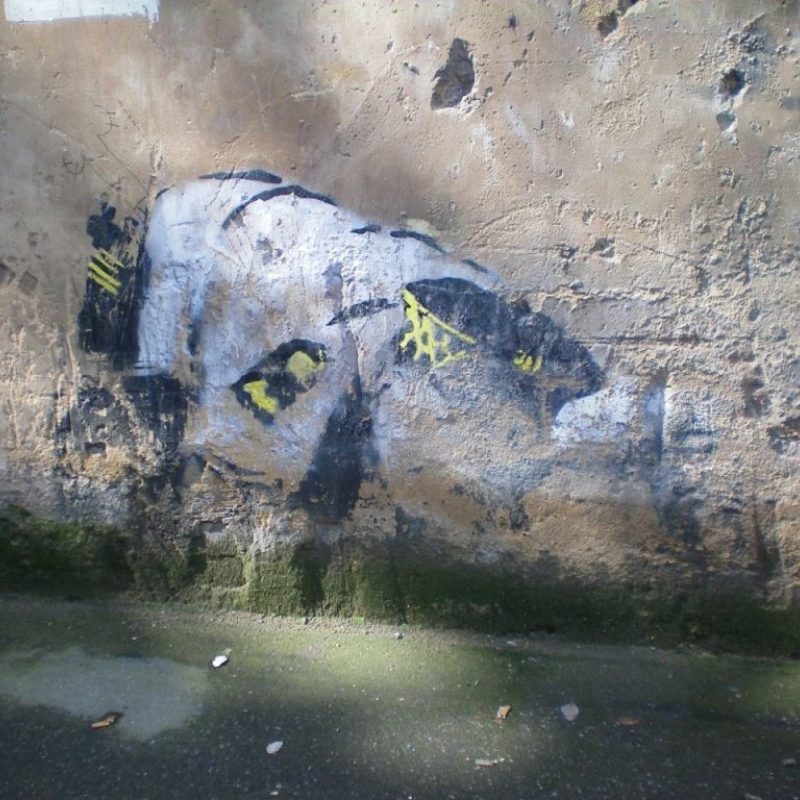 The controversial stencilled image depicts a police officer on his hands and knees snorting cocaine.

It was announced that two years ago property developers Jonathan Ellis and David Kyte bought the disused site on Curtain Road for £3.3 million . Their aim was to convert the site into a commercial and residential space.

They had heard rumours of the Snorting Copper but assumed the painting had been removed. After discovering a section of white painted bricks marked with numbers on a wall, Ellis had the section of the wall removed and sent off to the Fine Art Restoration Company in Carlisle, Cumbria to be restored. 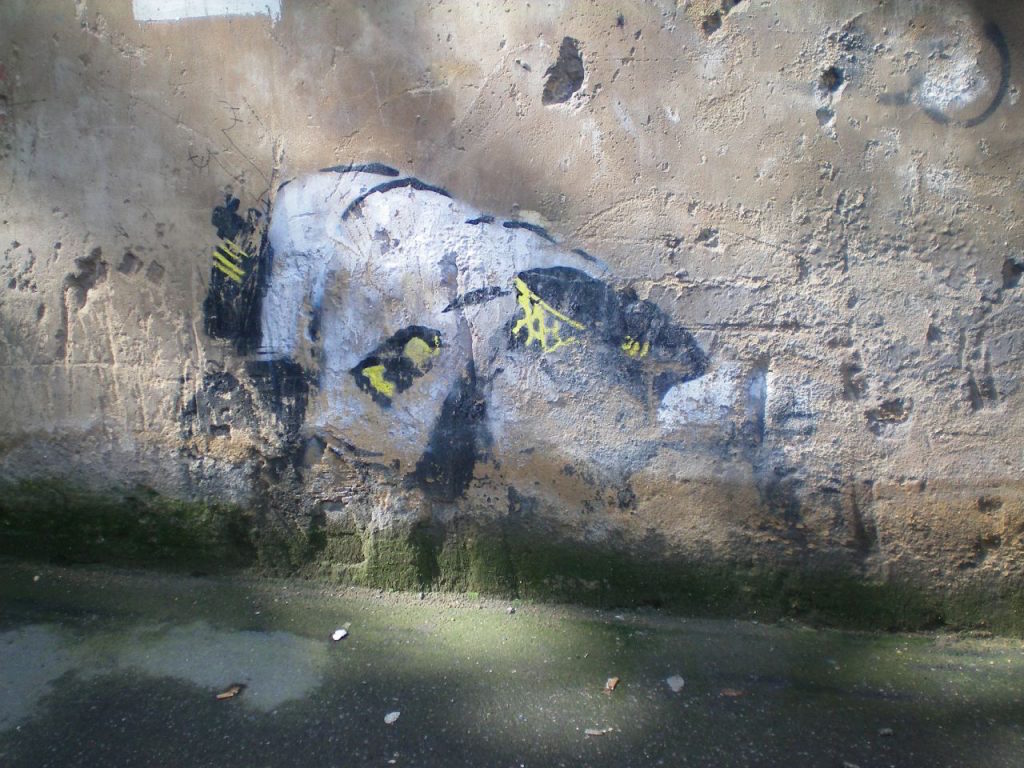 After a long wait, the Fine Art Restoration Company confirmed it was the long lost Snorting Copper. Pest Control, the handling authentication service on behalf of Banksy, have not confirmed that the painting is Banksy's.

The restored piece is said to be 2.2 metres wide and a metre high.

Offers going from £1.2 million have been made to the duo property developers to sell the painting, however this is not their intention.

"We’ve had offers to sell it. But we want to put it back. We think that’s the right thing to do for the public to enjoy it". (The Guardian)

A public unveiling of the elusive artists Snorting Copper is set to take place on 5 October 2017. Hang-Up will have their eyes on the ground during the unveiling.... watch this space.

In the meantime, check out our Banksy Catalogue of available signed and unsigned prints. For price enquiries, please email info@hanguppictures.com.

And why not take a look at some of Banksy's 'Copper' inspired prints below! 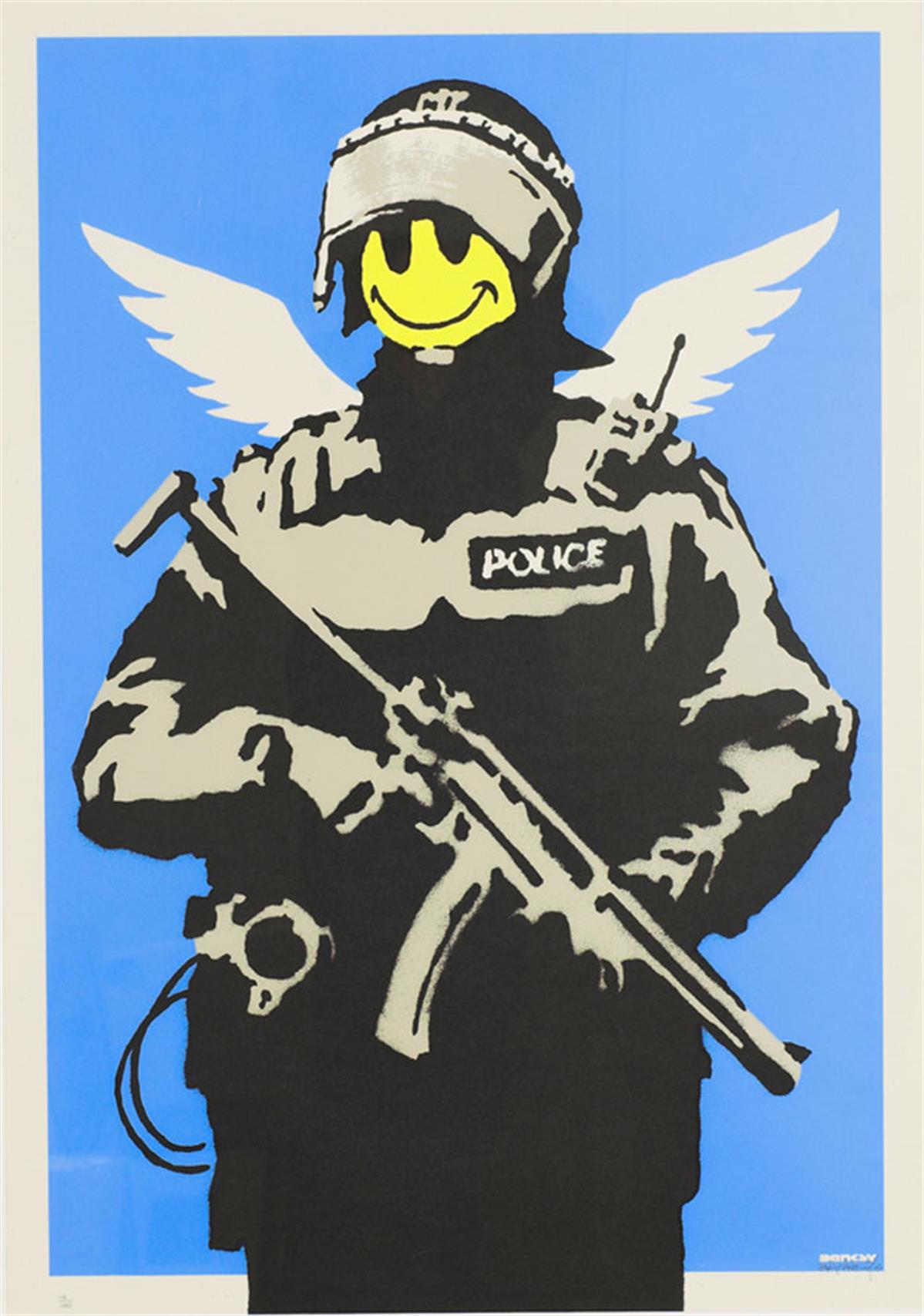 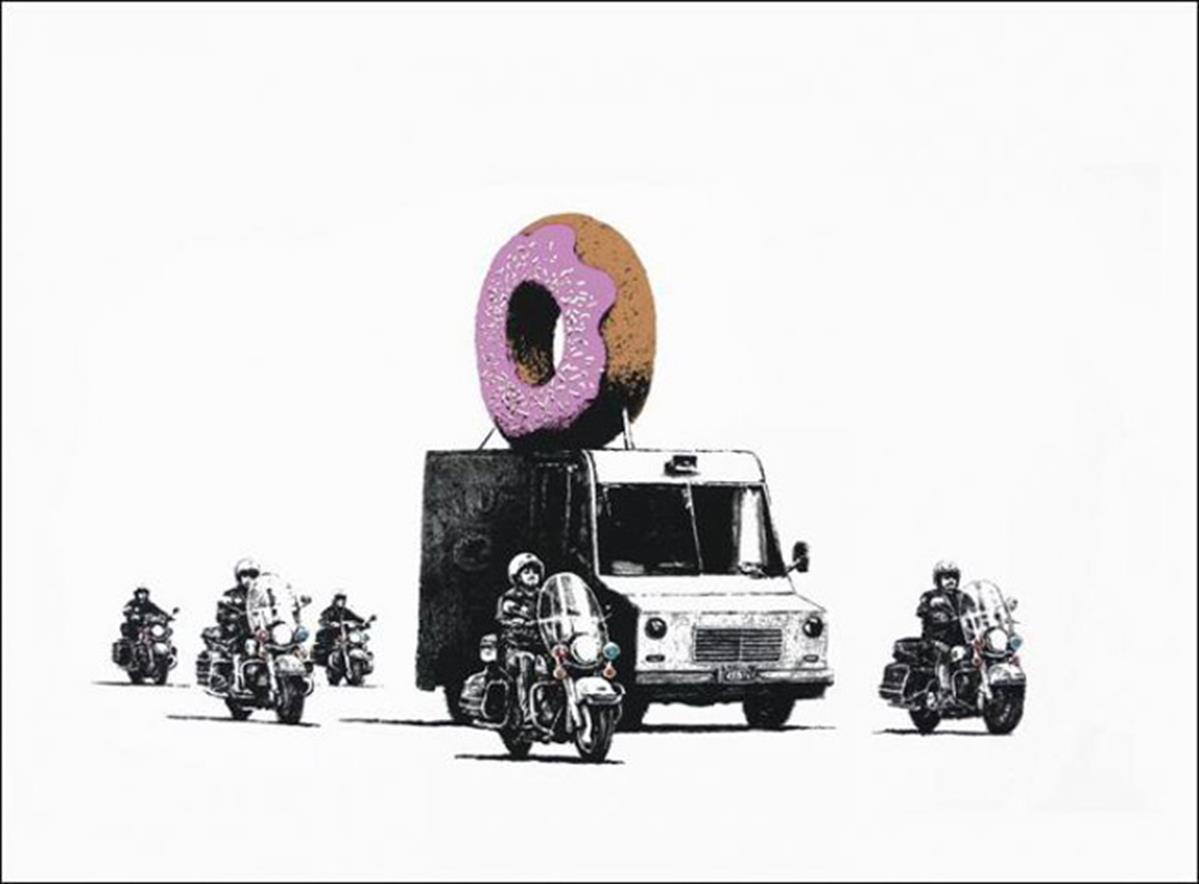 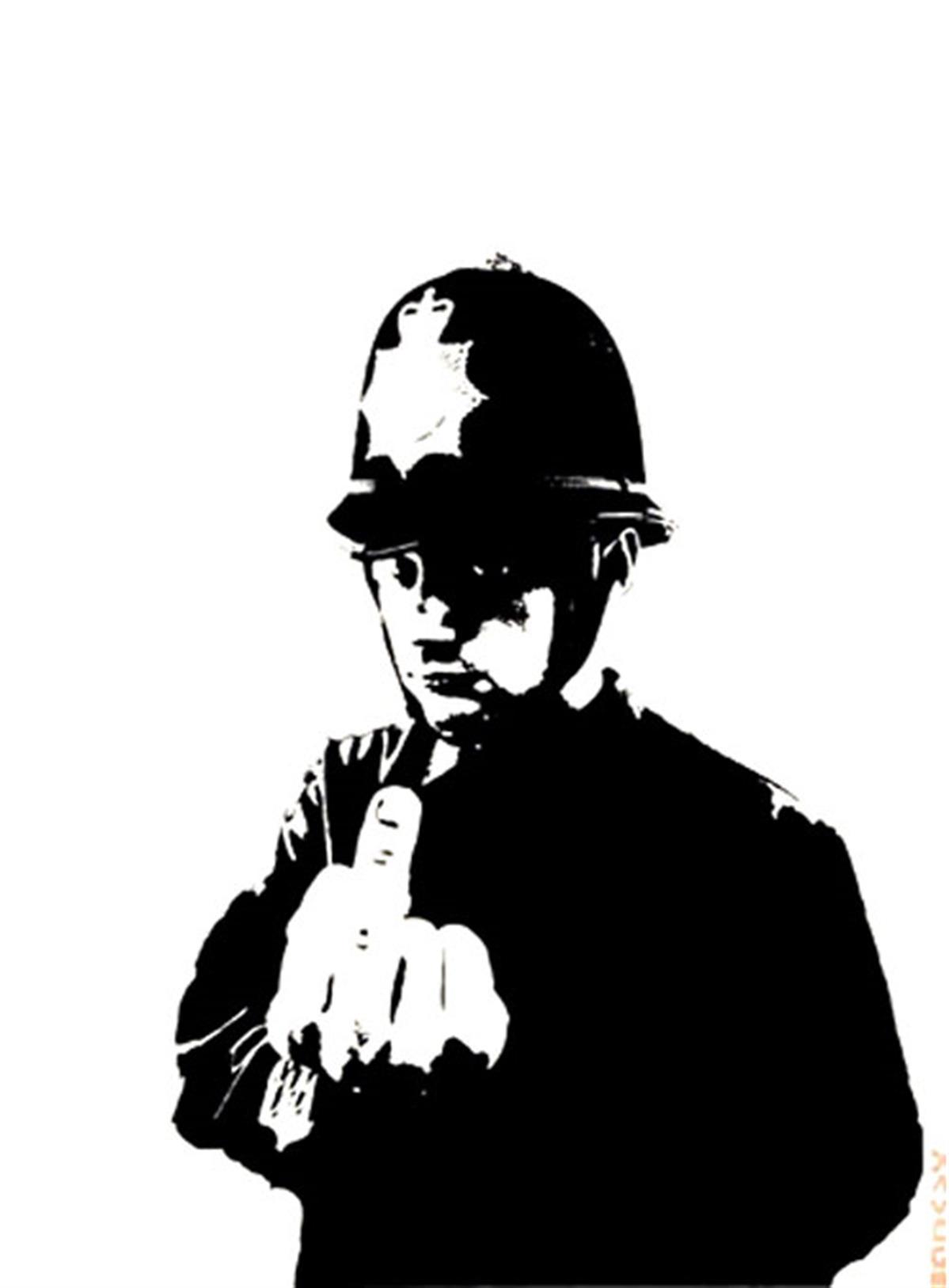 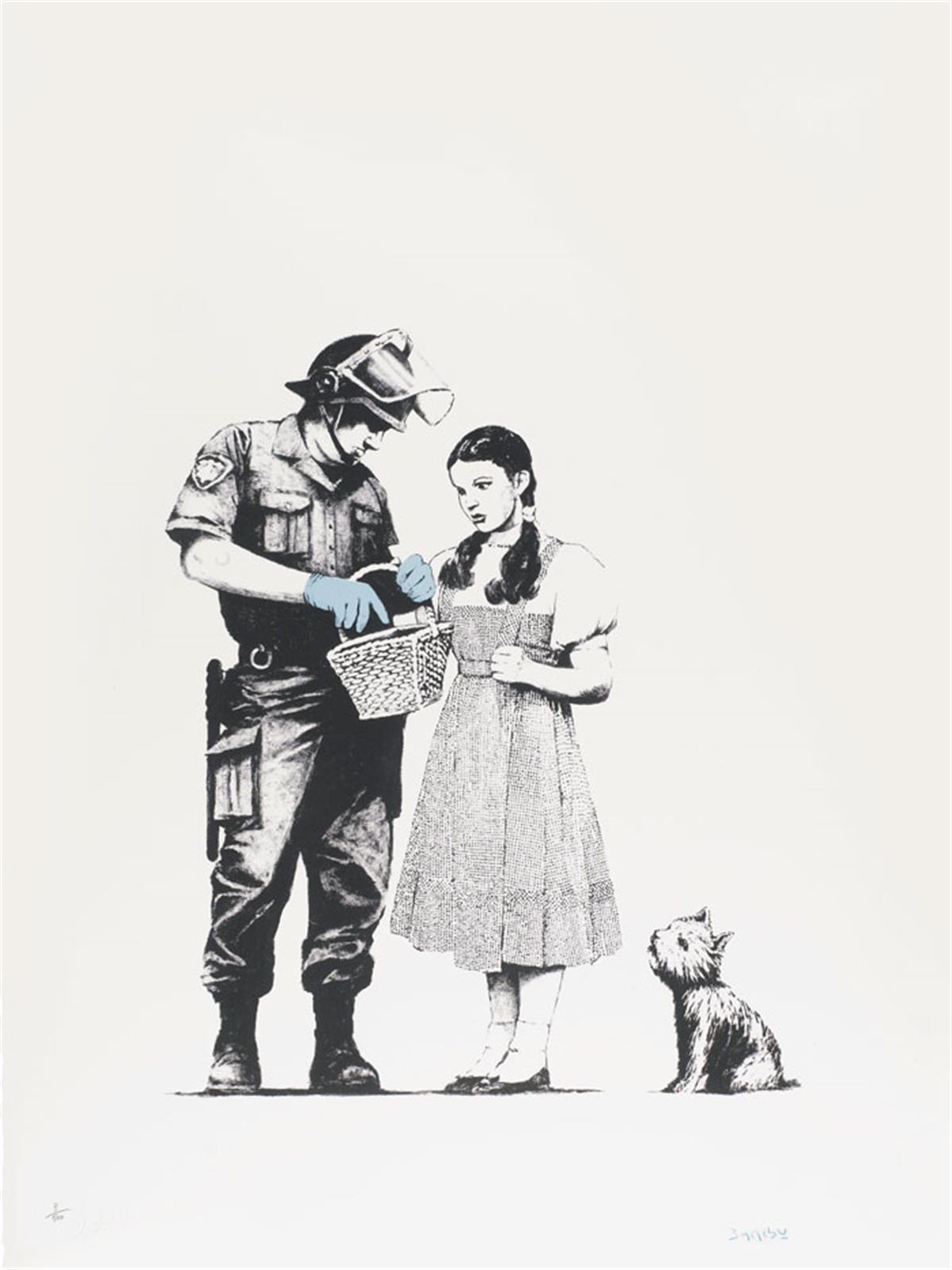