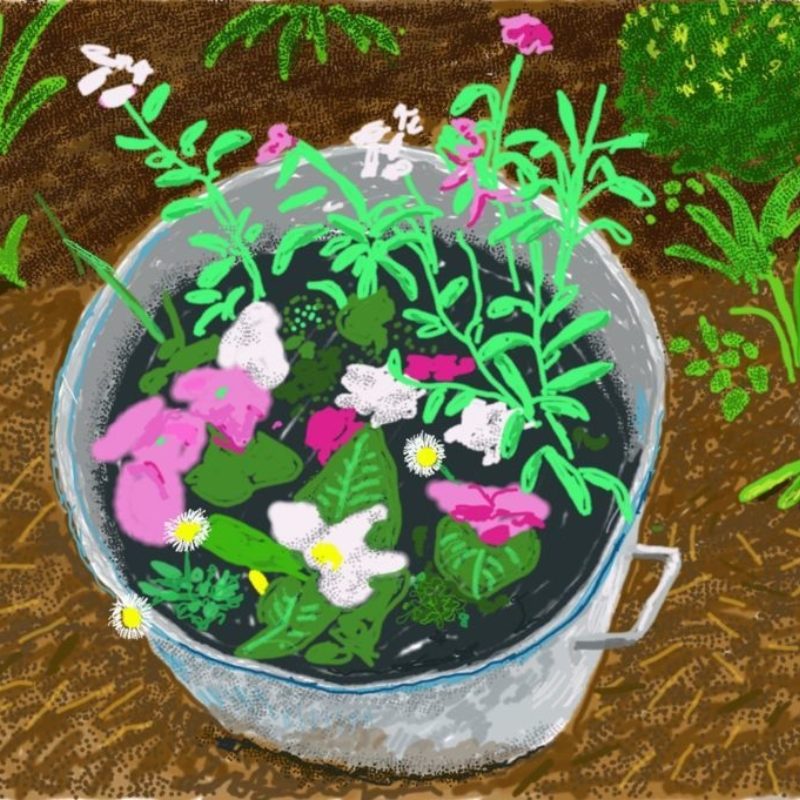 Happy 1st of April! The world may feel increasingly overwhelming right now but Spring is officially here and that is always worth a little celebration. Reminding us of this and giving us a much needed break from the news is none other than national treasure, David Hockney. Keep reading to brighten your day...

David Hockney is in lockdown at his house in Normandy with his dog Ruby and two of his long-standing assistants.In his gardenmost days, he is spending his time drawing the changing of seasons on his iPad. Now the artist has released the first fruits of his efforts for us all to enjoy at these challenging times, along with his thoughts on the role of art in life.

The artist had visited Normandy in 2018 and thought it would be the perfect place to draw and paint the arrival of spring, something he had previously taken on in Easter Yorkshire around a decade earlier. Hockney was attracted to Normandy because it offered a broader range of blossoms. "We found this house with a large garden that was cheaper than anything in Sussex", he wrote in a letter to Will Gomperz, arts editor for the BBC. "I began drawing the winter trees on a new iPad," he said. "Then this virus started…

"I went on drawing the winter trees that eventually burst into blossom. This is the stage we are at right now. Meanwhile the virus is going mad, and many people said my drawings were a great respite from what was going on." After sharing the drawings with friends the artist released one image of daffodils for publication, which he titled: 'Do Remember They Can't Cancel the Spring'. He is now sharing nine more, all painted in the last few days. "Why are my iPad drawings seen as a respite from the news? Well, they are obviously made by the hand depicting the renewal that is the spring in this part of the world."

"I intend to carry on with my work, which I now see as very important," the artist noted. "We have lost touch with nature rather foolishly as we are a part of it, not outside it. This will in time be over and then what? What have we learned? I am 83 years old, I will die. The cause of death is birth. The only real things in life are food and love in that order, just like our little dog Ruby. I really believe this and the source of art is love... I love life."

Hockney’s two latest London exhibitions have been closed due to the Coronavirus outbreak. His show at the National Portrait Gallery, which opened at the end of February, is the first major display dedicated to his drawings in 20 years. The artist also made headlines last month when his iconic piece, The Splash, sold for £23.1 million at Sotheby's auction – more than eight times the amount it had last sold in 2006.

You can click here to read more about the artist and view available works. As always thank you for reading. Don't hesitate to get in touch with us should you have any questions. 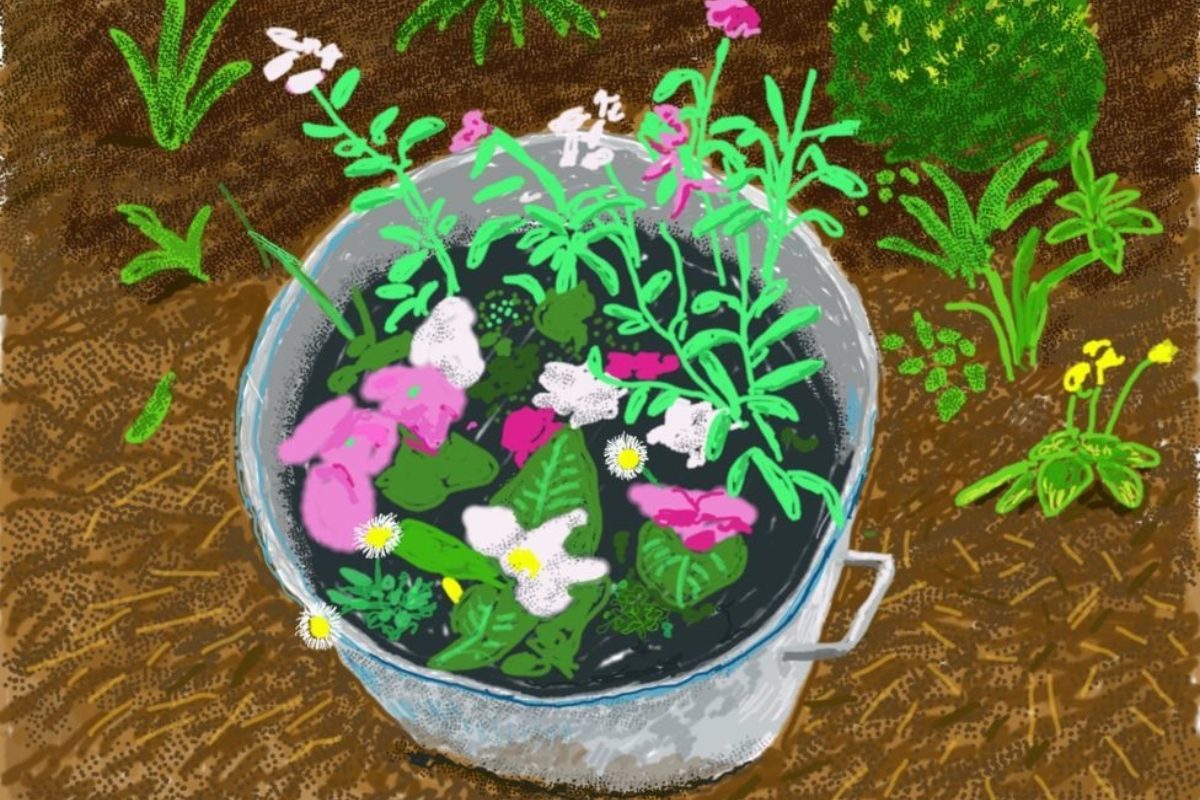