Banksy Opens the 'Walled Off Hotel' in Bethlehem

Not unfamiliar with the West Bank area, Banksy has cleverly wrapped art, politics and tourism all up in one big protest bow with a boutique hotel that will boast 10 plush rooms, filled with Banksy's artworks including a handful of local artists and talent. 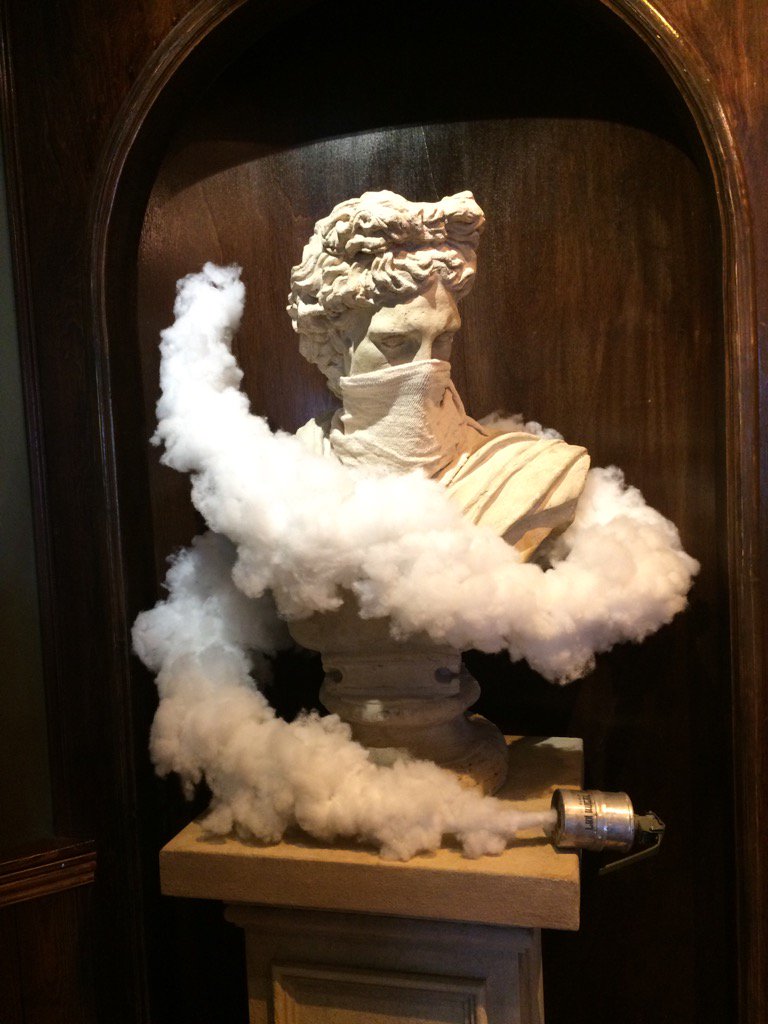 The Scenic Room, which hotel staff describe has "the worst view in the world". 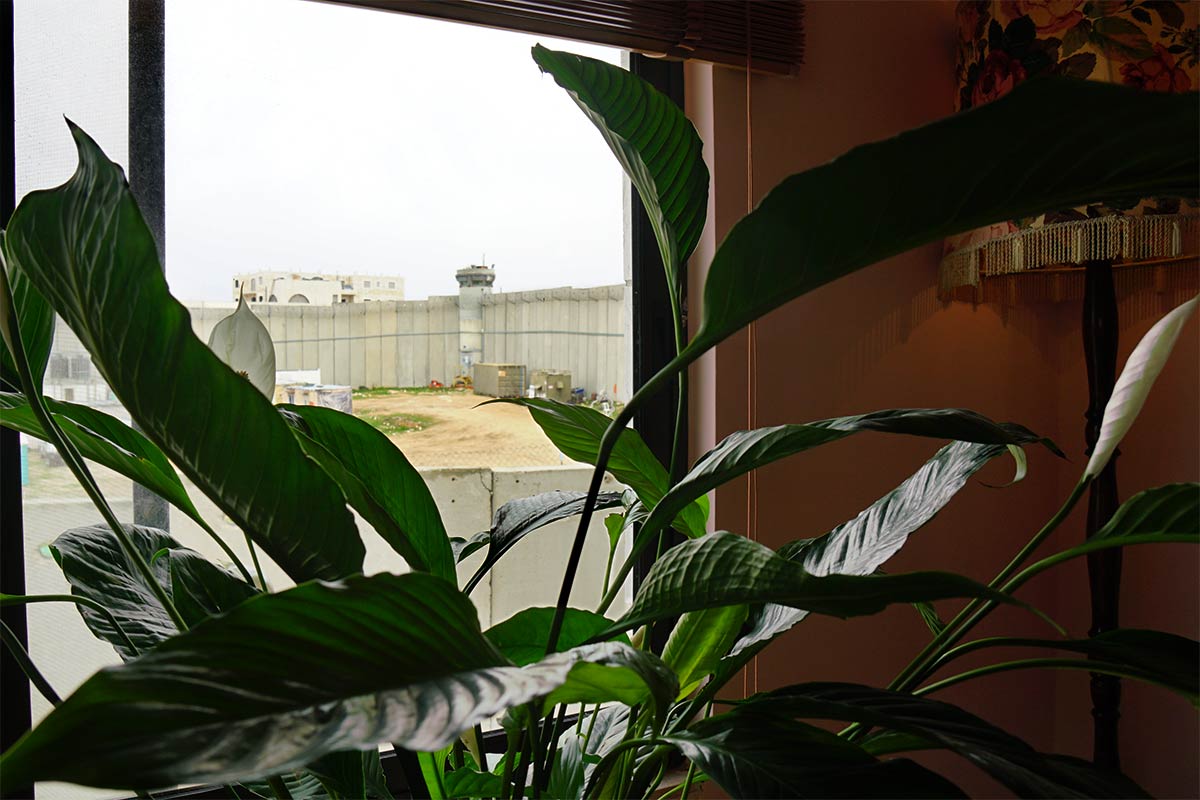 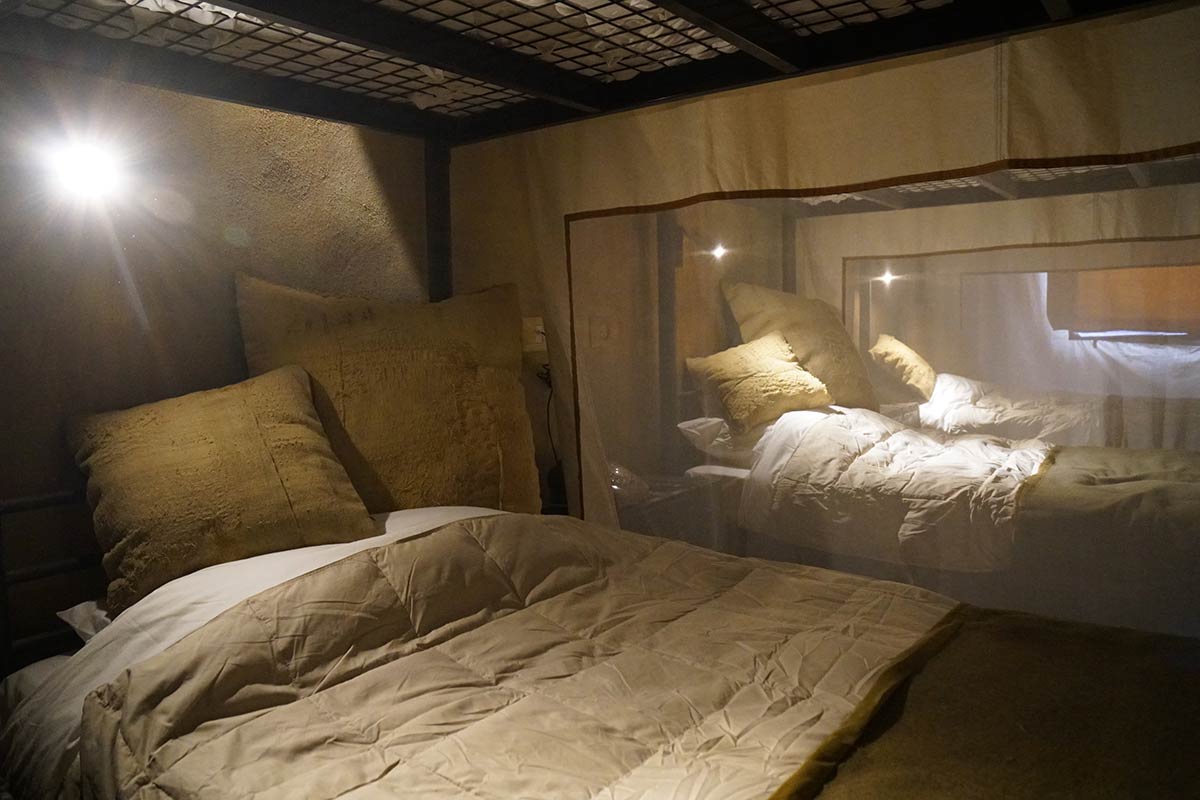 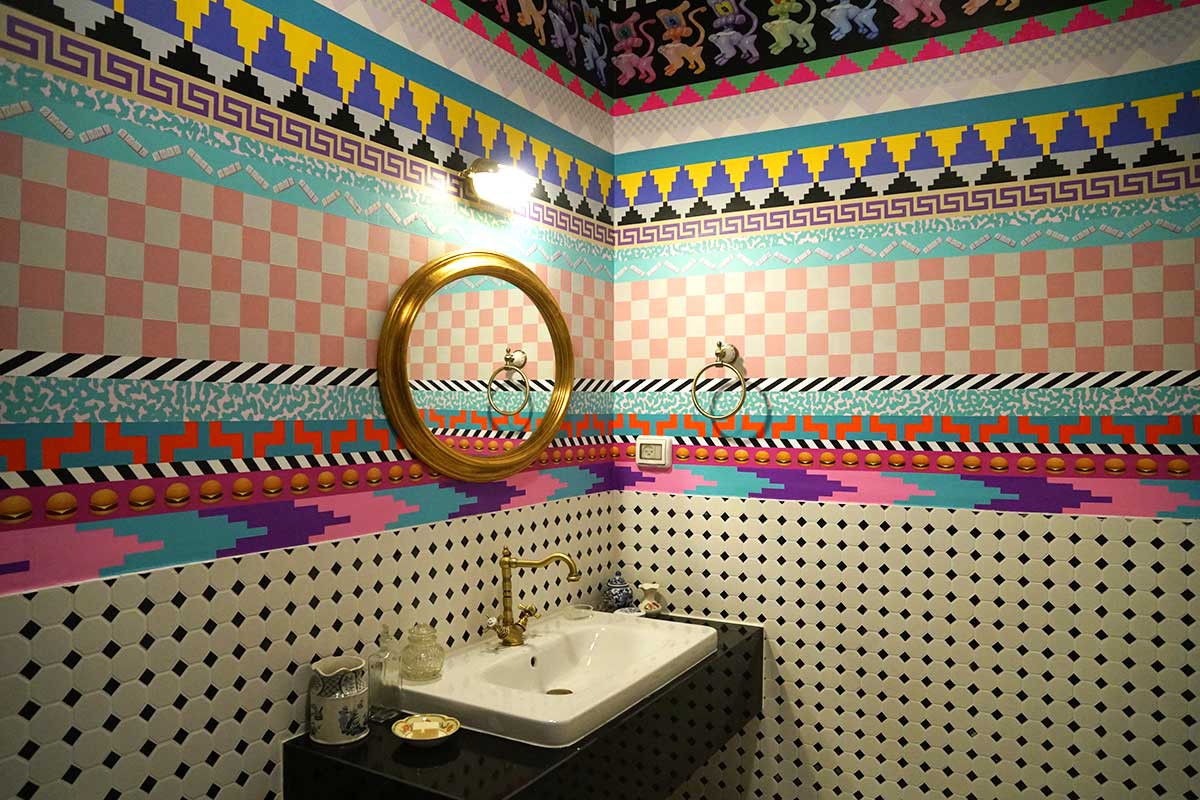 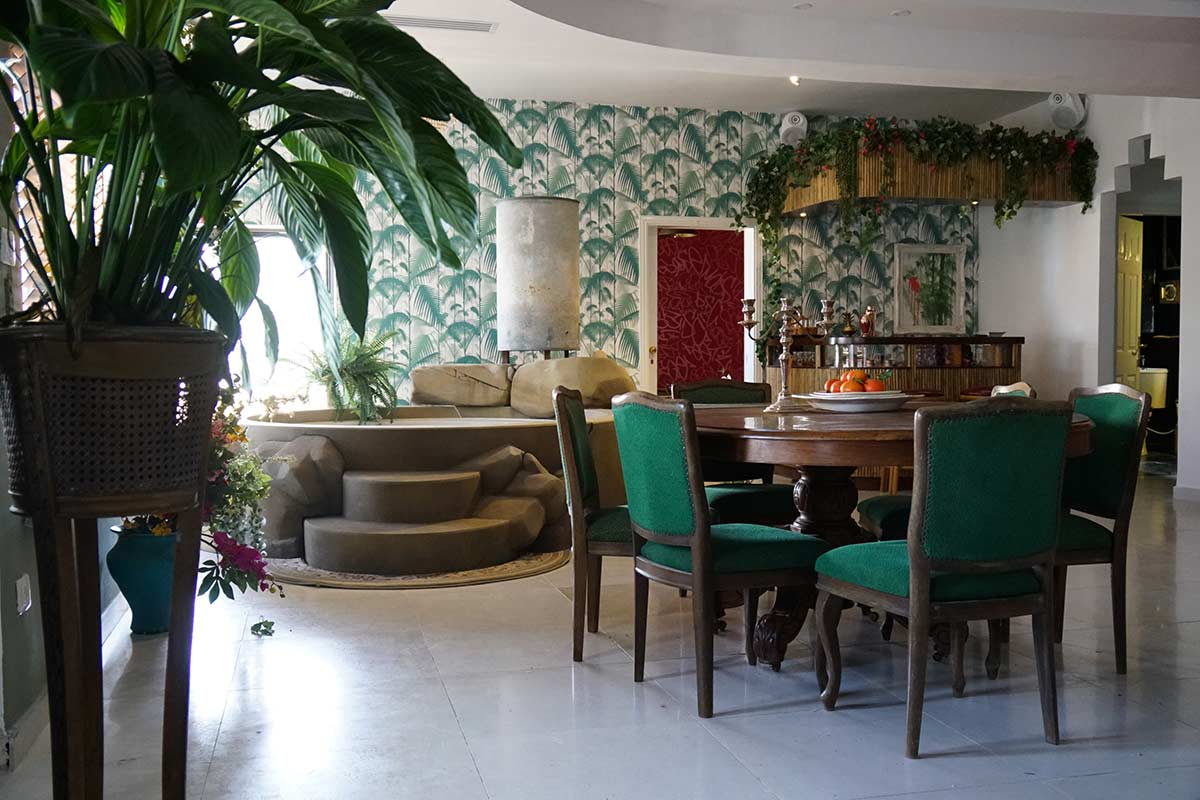 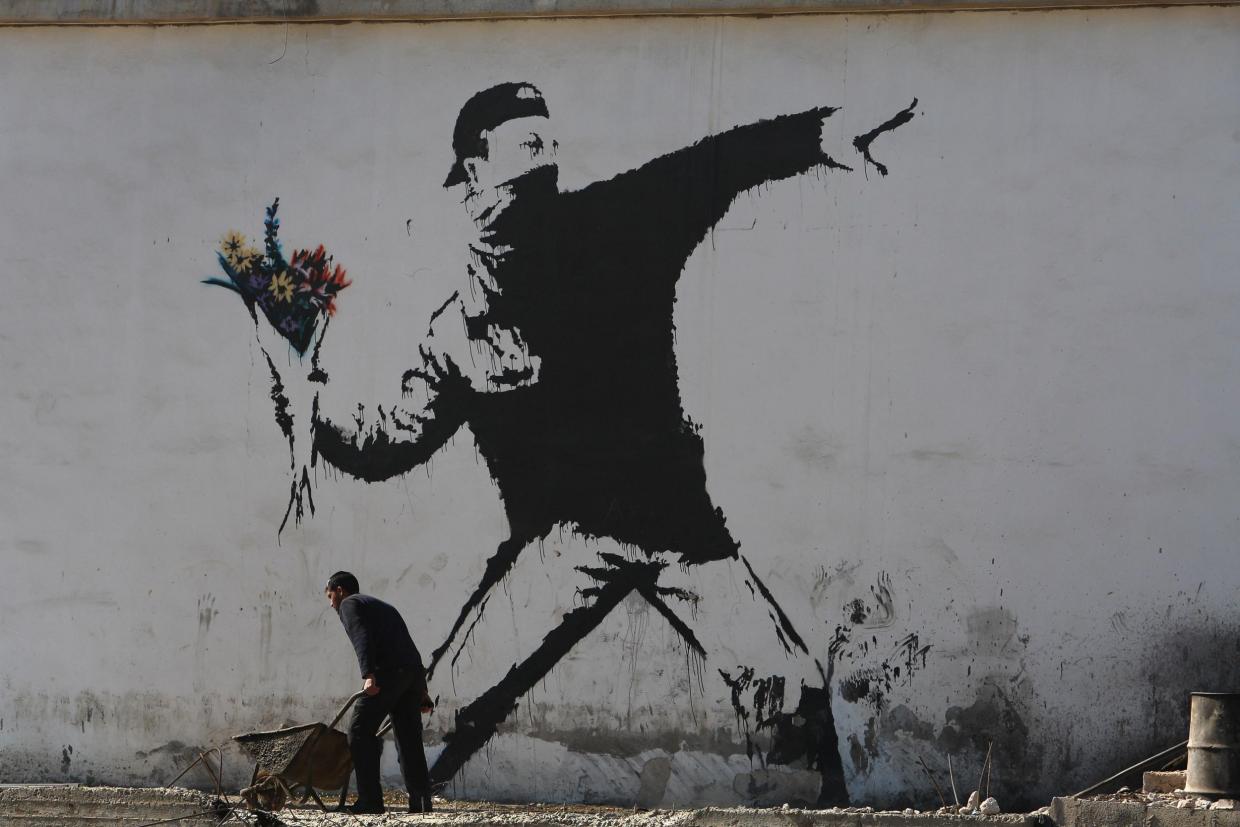 Media sources that were lucky enough to cover the new exhibition this week have reported that the hotel was resurrected with the aim to bring jobs and opportunities to a poverty stricken town. 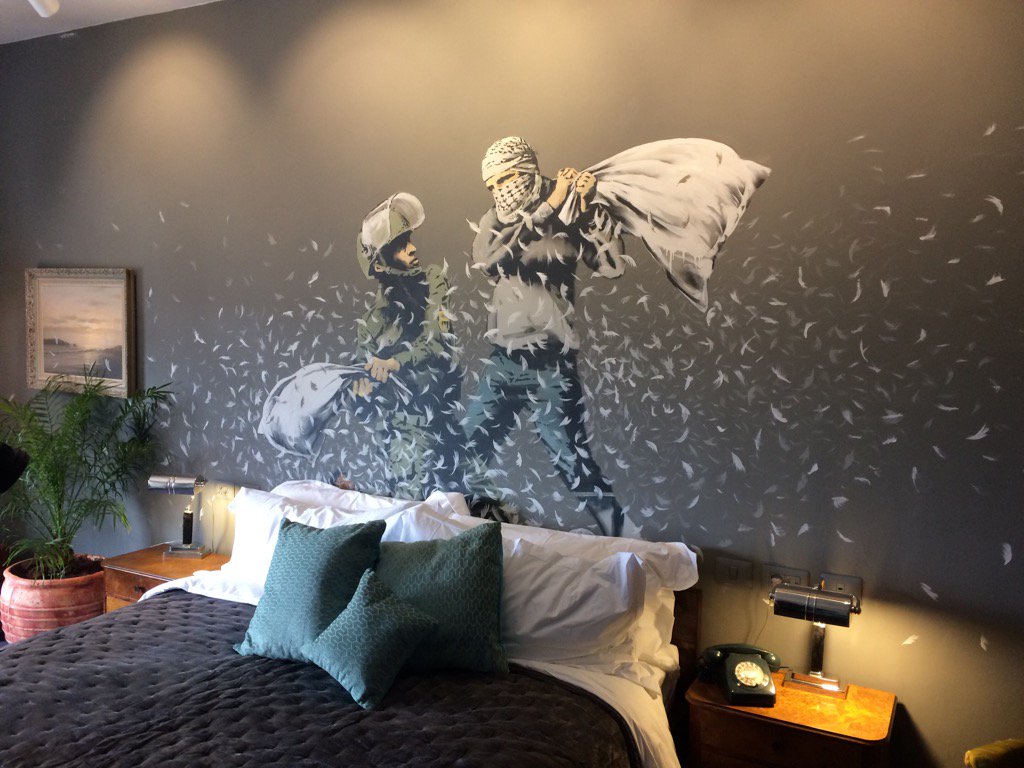 The Walled Off Hotel will be a permanent venture and open to travellers from all over the world in the next few weeks. 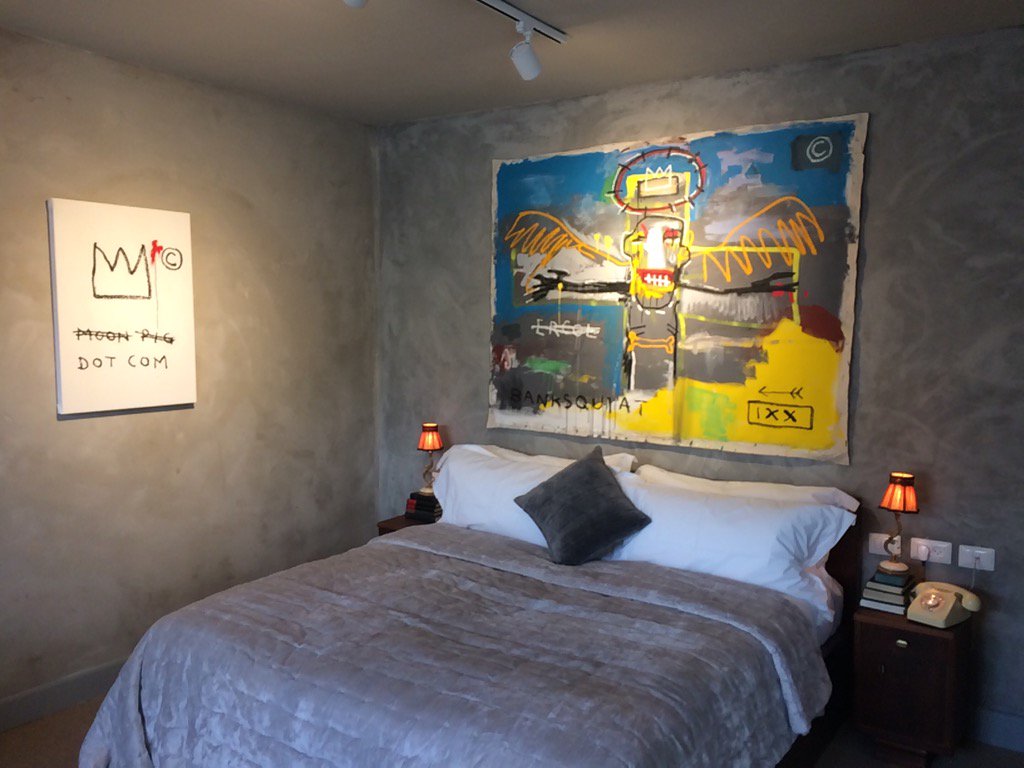 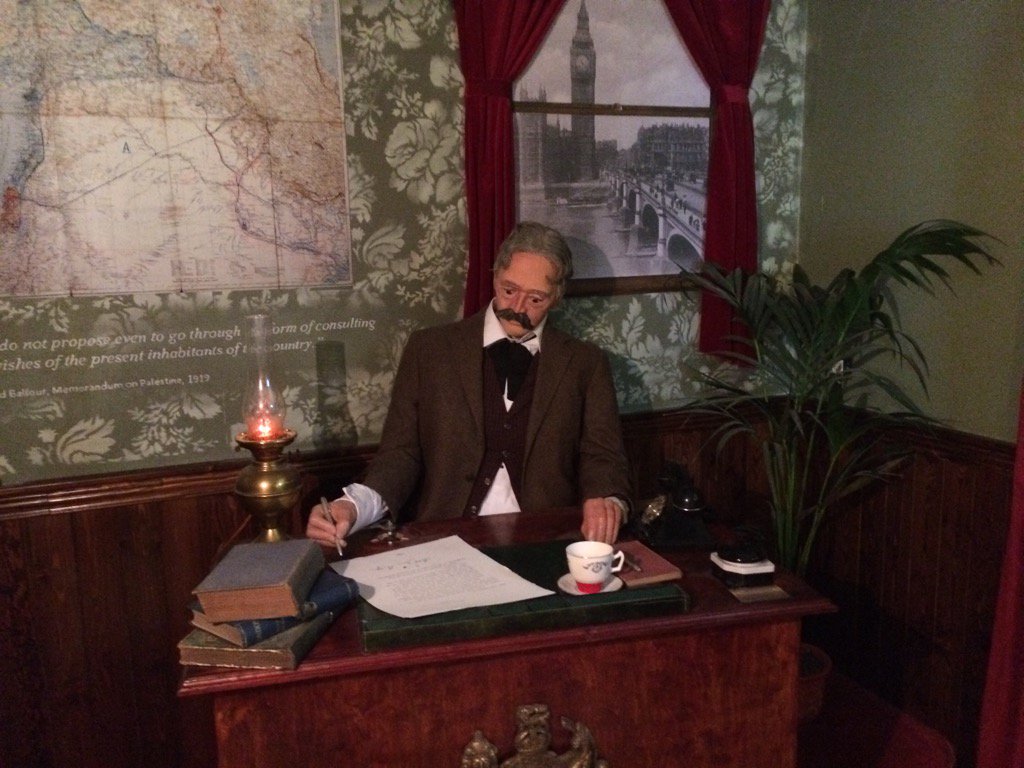 The anonymous artist has decorated the hotel to “resemble an English gentlemen’s club from colonial times” - a nod to Britain’s highly controversial and historical role in the region.

The reservation desk will be open from 9 am on Fri 11 March, and a Banksy Shop 'Wall-Mart' will open on 20 March. More information can be found on the artist's website below:

Hang-Up will be lucky enough to visit the hotel next week....stay tuned for further information and live updates coming soon! 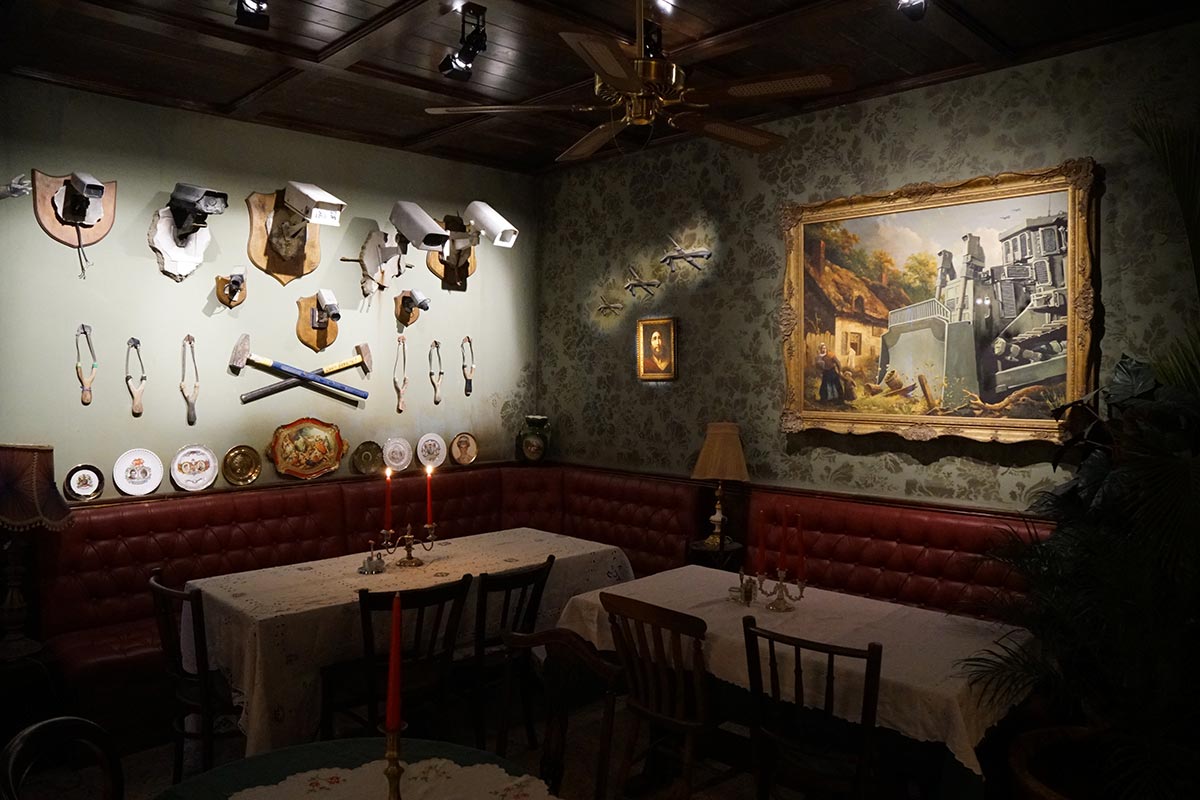 Watch a video below which reveals an exclsive sneak peak into the hotel: