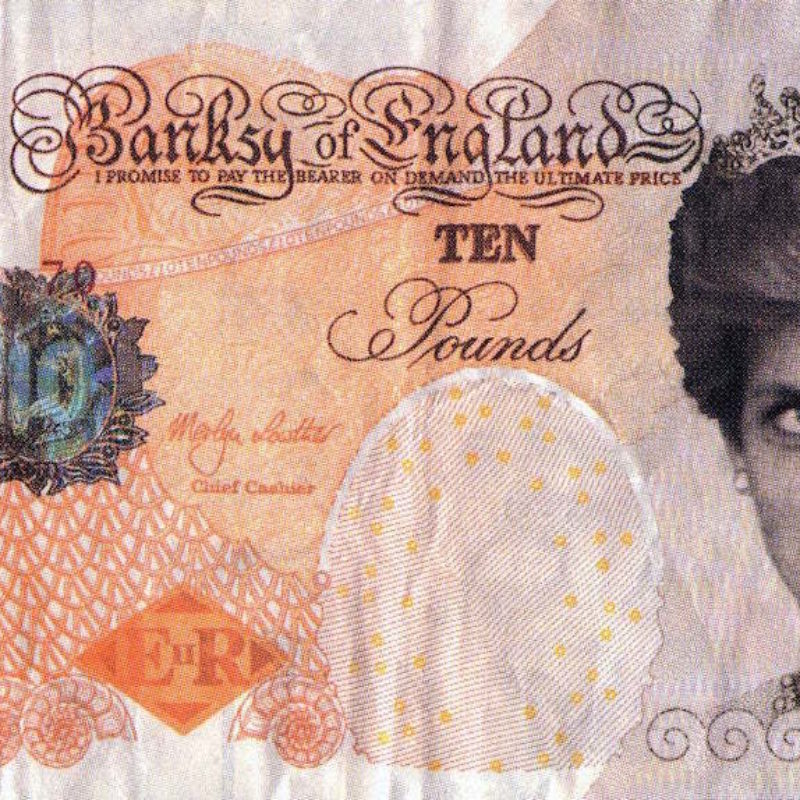 “From our perspective, it joins a long list of artists who have created, adapted or destroyed currency for the purposes of their work.”

Who would have thought that after Banksy secretly stuck a fake artwork on one of The British Museum's gallery walls he would go on to hold a permanent place in one of the most important and historic collections in the world? The anonymous artist has now joined centuries worth of important human history, art, and culture at the British Museum.

The artist's 'Di Faced Tenner' banknote, depicting an image of the late Princess of Wales, will join the museum's collection of coins, medals, and various currency. Curator of modern money at the museum, Tom Hokenhull, has said that the new addition will complement other objects in the display also known as “skit notes”, or parodies of real banknotes, such as the bank restriction note made in 1820 by infamous caricaturist George Cruikshank.

“There is a long history of political and social discourse through this type of protest which made us keen to acquire it...Also, it’s a Banksy – why wouldn’t we want it? It’s an opportunity for us to have a work by an artist of that stature as part of a collection that people might not consider the typical repository for a work by Banksy."

'Peckham Rock', the painting Banksy planted in the museum as a hoax in 2005

The artwork, created in 2004, was donated to the collection by one of Banksy's representatives at Pest Control. As well as showing Diana’s face instead of the Queen’s, the note has been altered to read “Banksy of England” and the motto: “I promise to pay the bearer on demand the ultimate price.”

It's been over ten years since Banksy created the ultimate stunt at London's Notting Hill Carnival, where thousands of 'Di Faced Tenners' were thrown into the crowd, many of which then tried to spend the money in local shops. Banksy produced the banknote in 2004, seven years after the death of Diana. In the artist's Oscar-nominated documentary 'Exit Through The Gift Shop', Banksy explains he printed £1m worth.

This is the artist's first ever work to officially join the prestigious collection. Another triumph for Banksy.

In Other Banksy News...

A new artwork has been installed by Banksy in the lounge of the Walled Off Hotel in Palestine. Made from concrete, the new piece is a replica of the 400-mile separation wall built by Israel along the West Bank in Bethlehem.

Banksy's latest installation piece in the Walled Off Hotel, Palestine

Should you have any questions please contact info@hanguppictures.com or call us on 0203 667 4550.