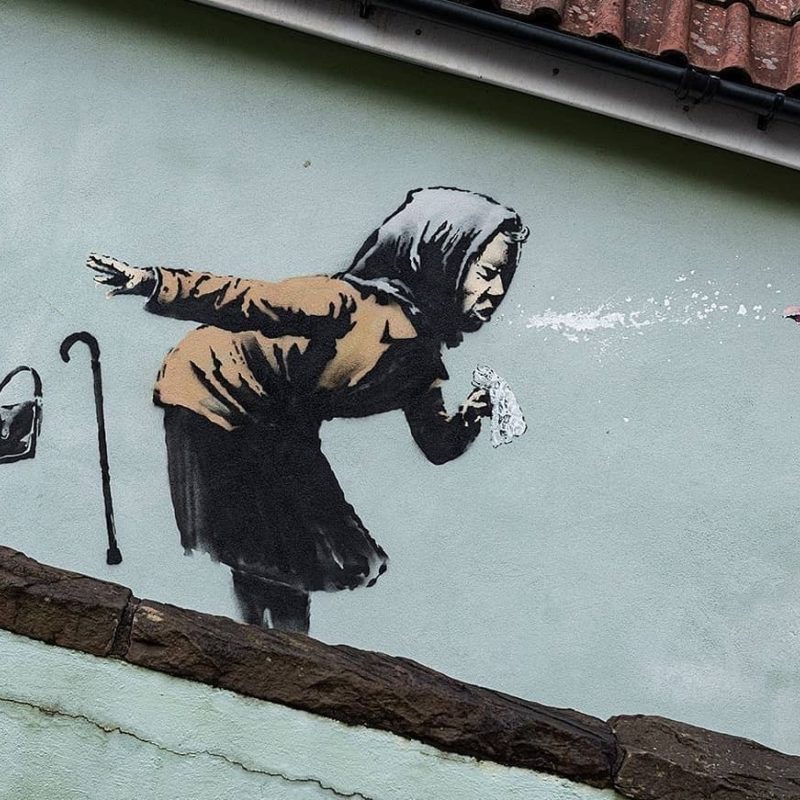 Banksy has just taken to his instagram page to confirm a street art mural which popped up on a house in Bristol earlier today creating - as always - speculation and crowds.

The artwork appeared on the side of a semi-detached house in Totterdown and depicts a woman in a headscarf sneezing, causing her dentures to fly out into the air.

It is understood the artwork was covered up before being revealed early Thursday morning. The street it appeared on, Vale Street, is known for being the steepest street in England and is home to an annual egg-rolling competition.

One of the street's residents, said he was making his morning coffee and looking out the window when he saw a man he thought "was a really keen scaffolder". Continuing; "I saw a man in a high vis jacket leaning against the railings opposite - he was looking at the wall the whole time. Then about an hour later I looked out and saw loads of people in the street. If it was him [Banksy] I'm just gutted I didn't pay more attention at the time."

Achoo by Banksy appears on a house in Vale Street

Another very current piece by the artist. Let's see if he has anything in store for the rest of 2020. In the meantime you can browse more works by the artist here. Don't hesitate to get in touch if you have any questions.