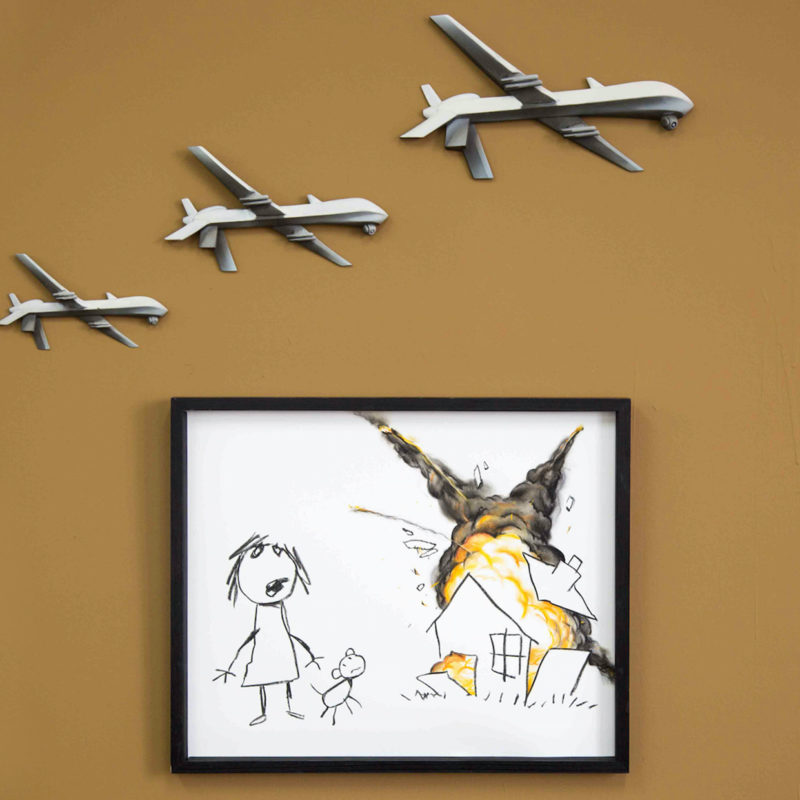 The mere idea of an Arms Fair is shocking. Over 100 protesters have already been arrested in London while the fair continues with 1,600 companies from around the world ogle at military hardware. Amongst this, Banksy and other artists have come together to exhibit for a week at Art The Arms Fair to oppose the Defence Systems & Equipment International (DSEI).

My contribution to the Art the Arms Fair exhibition, which opens opposite the world's biggest arms fair - held this week in London.

You are able to view the fair this all this week with a number of high profile artists and activists have contributed works to the Art the Arms Fair Exhibition including Peter Kennard and Guerilla Girls.

Sam Walton, an Art the Arms Fair organiser said, "Banksy is apparently offering a critique of the military industrial complex by deliberately destroying a rather nice child's drawing."

'Civilian Drone Strike' will be up for auction at the end of this week to donated to the Campaign Against Arms Trade. Stay tuned for updates!

Check out some of Banksy's artwork which comment on society through the years... 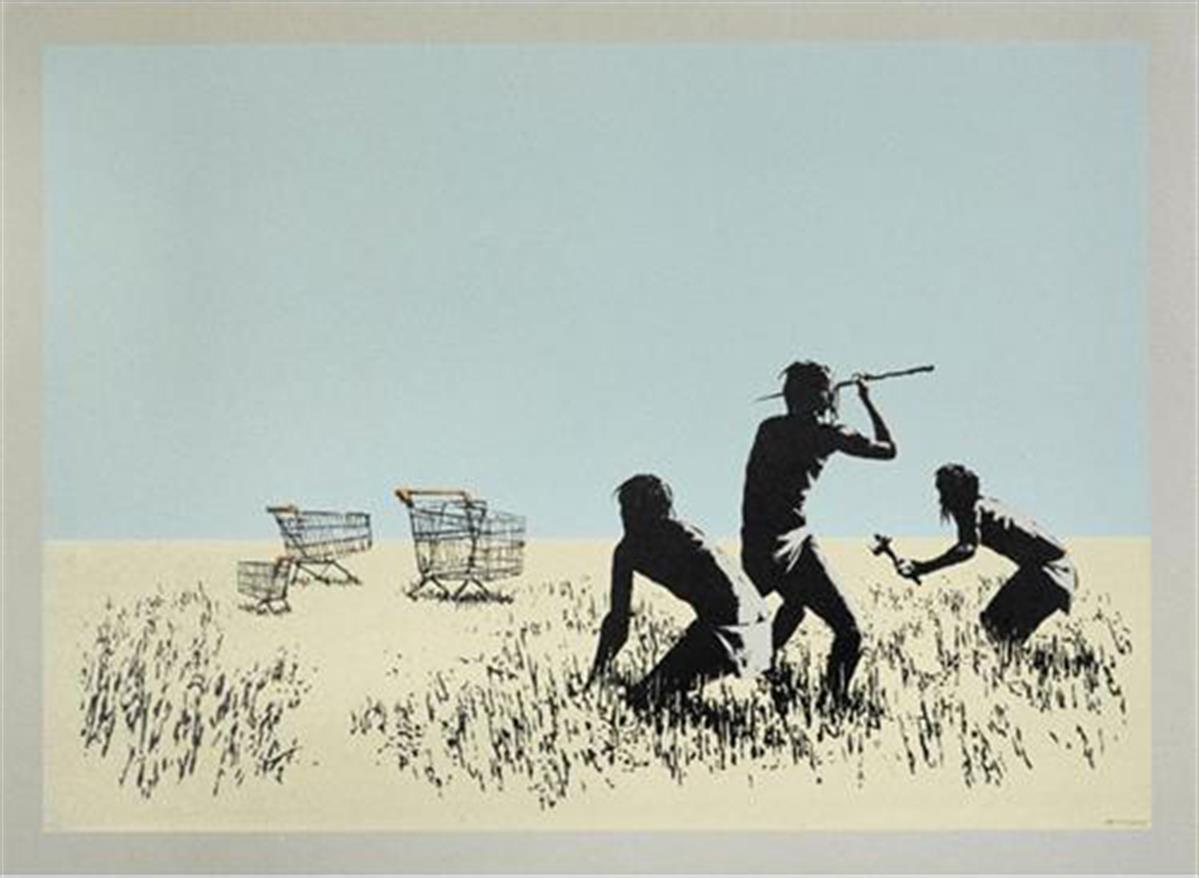 Please feel free to get in contact if you have any questions!