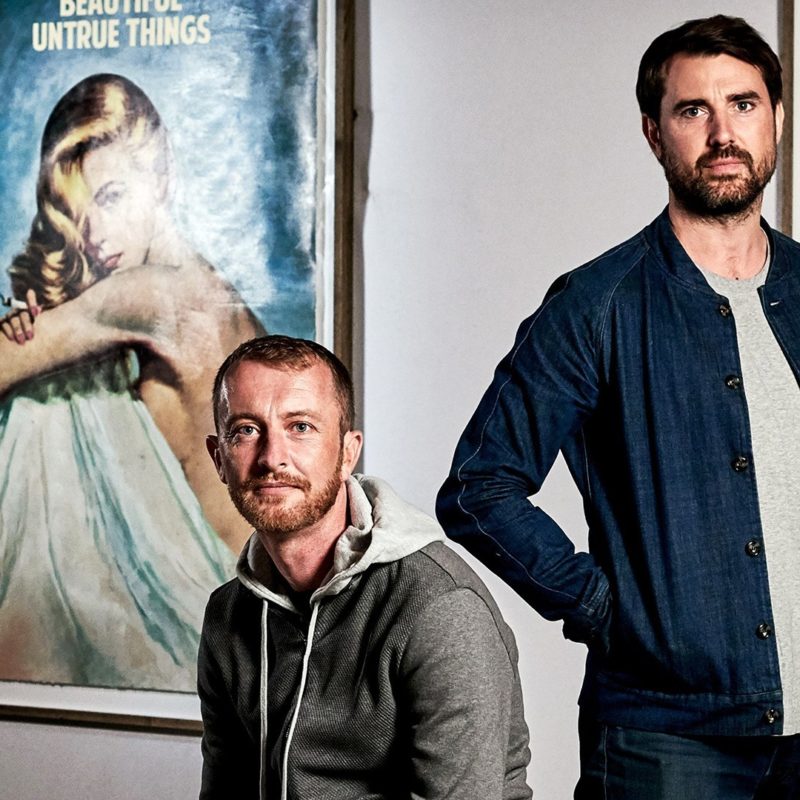 From having their first U.S. solo show and Museum Show to becoming ambassadors for CALM and working with Loyle Carner, 2019 has already been a huge year for The Connor Brothers... and that's not to mention the most recent news to hit headlines; Prince Harry and Meghan Markle purchasing one of their artworks as Idris Elba's wedding gift. This week we had the pleasure of catching up with the artist duo to learn more about the exciting and important projects they have been involved with recently. Let's get to it.

TCB: I want to go to Costa Rica and see some animals. 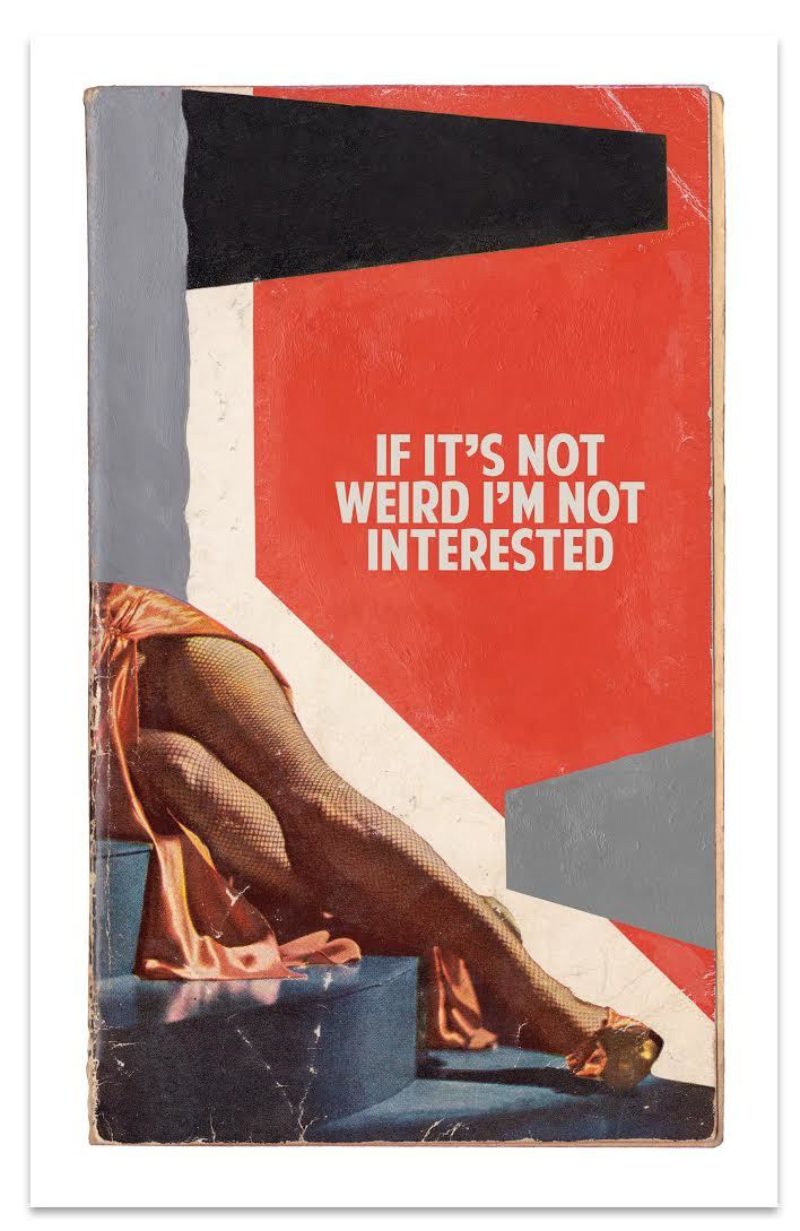 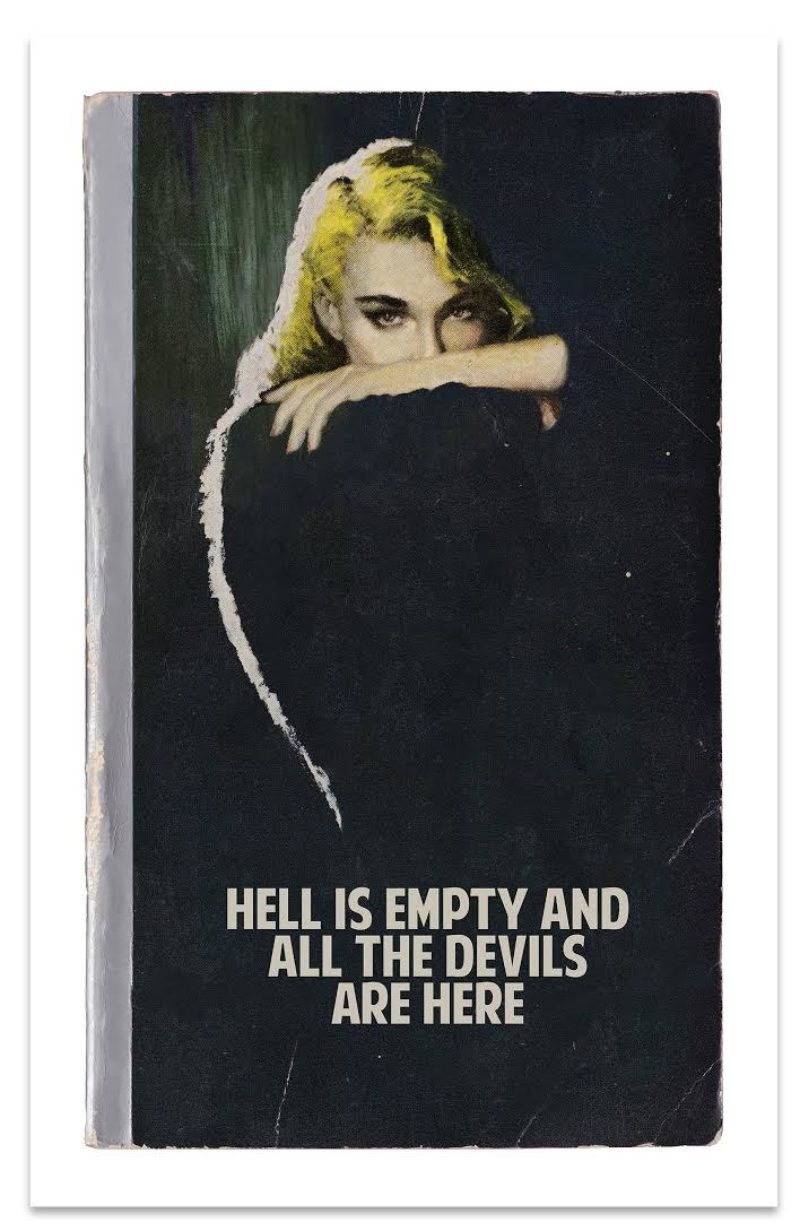 Hell Is Empty and All the...

HU: For those who have not heard of the The Book of Man, can you summarise what is it and tell us about the launch of a brand-new project...

TCB: Book of Man is an online magazine about how masculinity is defined and being redefined to fit where our culture is at now. We'll be writing a monthly column for them. This month's which has just come out is called Da Vinci's Knob and is about why artists can sometimes behave like complete dickheads. You can read it here.

The Connor Brothers at Hang-Ten

HU: Congratulations on becoming the official ambassadors for CALM. This is a great accolade to be intrinsically linked to such an important organisation. Can you tell us what this entails?

TCB: We've worked with CALM for the last year or so, after getting introduced to them by Professor Green who's their patron. Since then we've done a bunch of projects with them around mental health and in particular male suicide. We've both been personally affected by these issues and it feels right to support the work CALM does. I think the ambassador bit is just having a fancy new title but it's really a continuation of what we've done with them in the past.

HU: You were involved in Loyle Carner’s album launch at House of Vans, which we really enjoyed. Can you tell us more about how this came about?

TCB: Ben is also an ambassador for CALM and we got introduced through them. He asked artists to respond to tracks on the new album, with the works being auctioned off and the money going to CALM. He's probably the nicest man in music and his album is great so it was a pleasure to collaborate with him.

HU: Over the years, The Connor Brothers have created and been involved in so many different projects. From your ‘Refuchic Campaign’ to participating in Banksy’s Dismaland Bemusement Park, has there been an artwork/project you are most proud of?

TCB: Probably the time we spent in the Calais refugee camp, and then the 'Refuchic Campaign' we did as a result of it. We worked out there building shelters for about a year but were struggling to figure out a way to highlight the situation through our art. The two things were kind of unrelated for ages. Then we had one of those moments in the back of a taxi where the idea came out of nowhere and felt totally right. The response to the campaign was really powerful.

The Connor Brothers at work in Calais

News broke over the weekend that Prince Harry and Meghan Markle bought a piece by The Connor Brothers as a wedding gift to actors Idris Elba and Sabrina Dhowre. 'Why Fit In When You Can When You Were Born To Stand Out?' is reported to be the wording on the artwork. Very apt!

As always, click here to browse The Connor Brothers available works and don't hesitate to get in touch to request their catalogue. Thanks for reading. 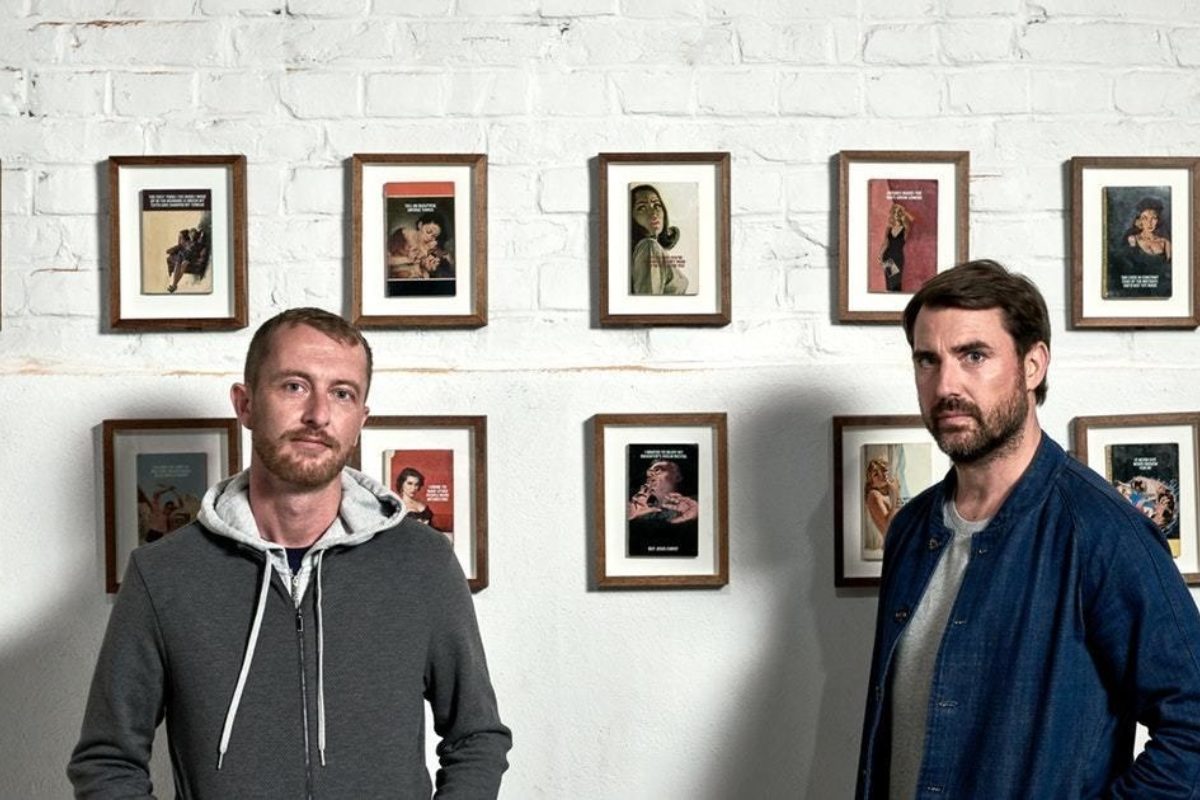 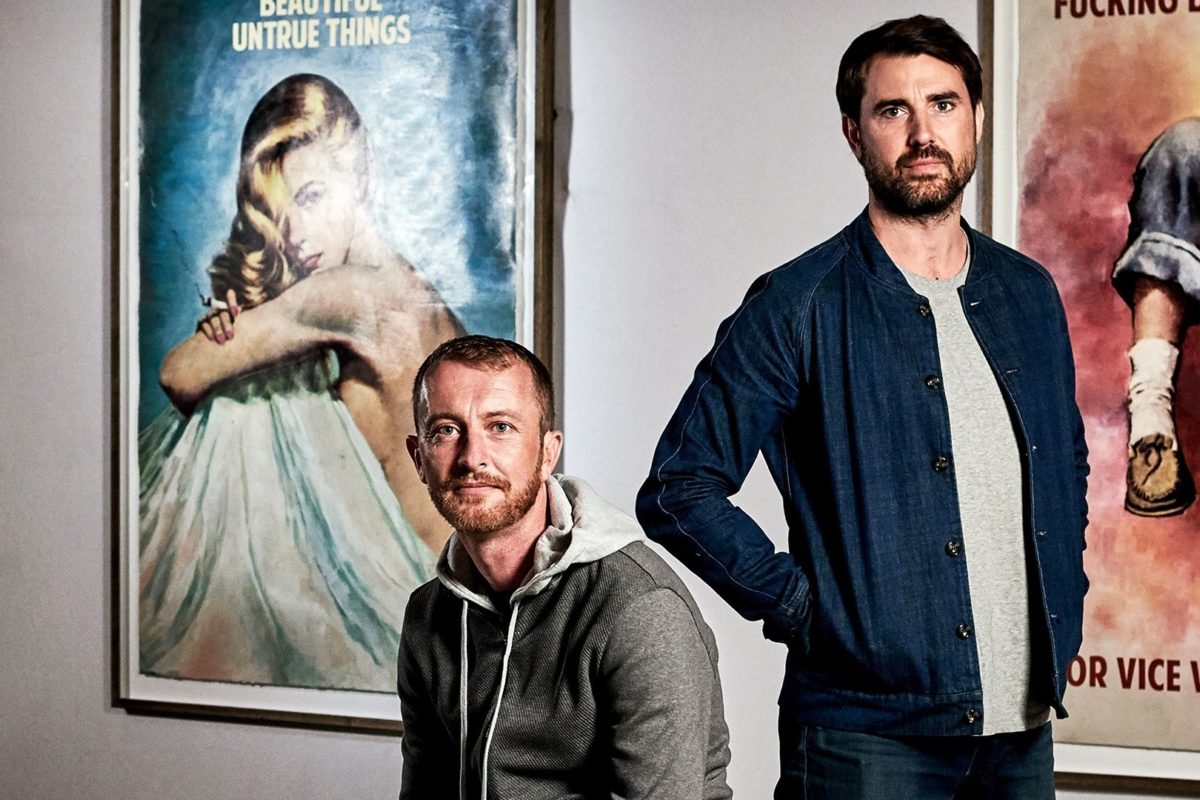 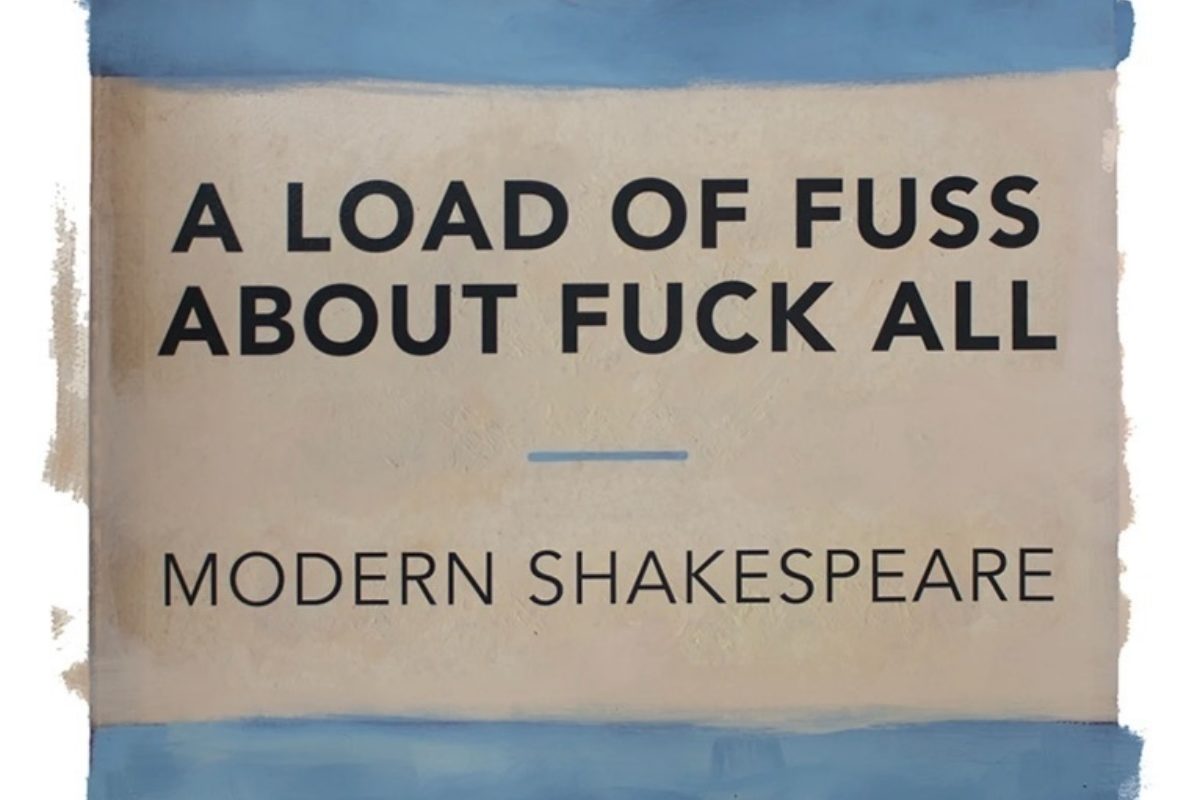 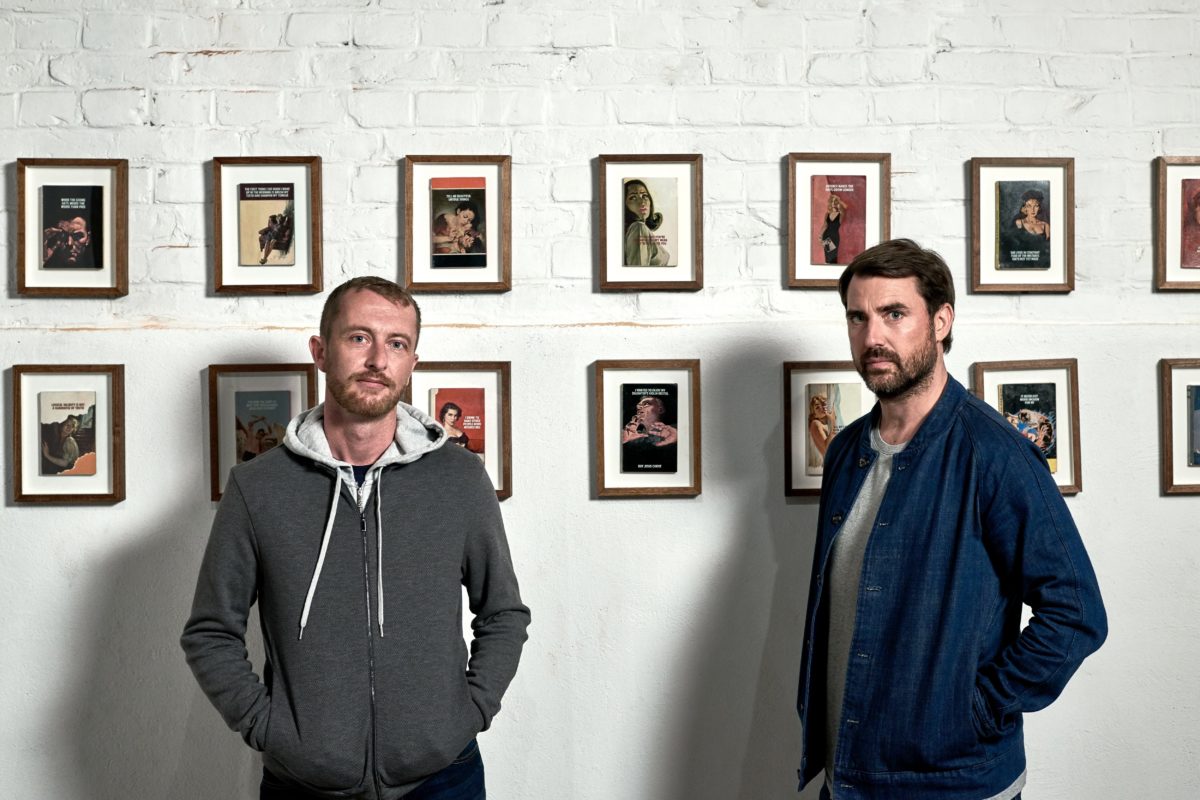 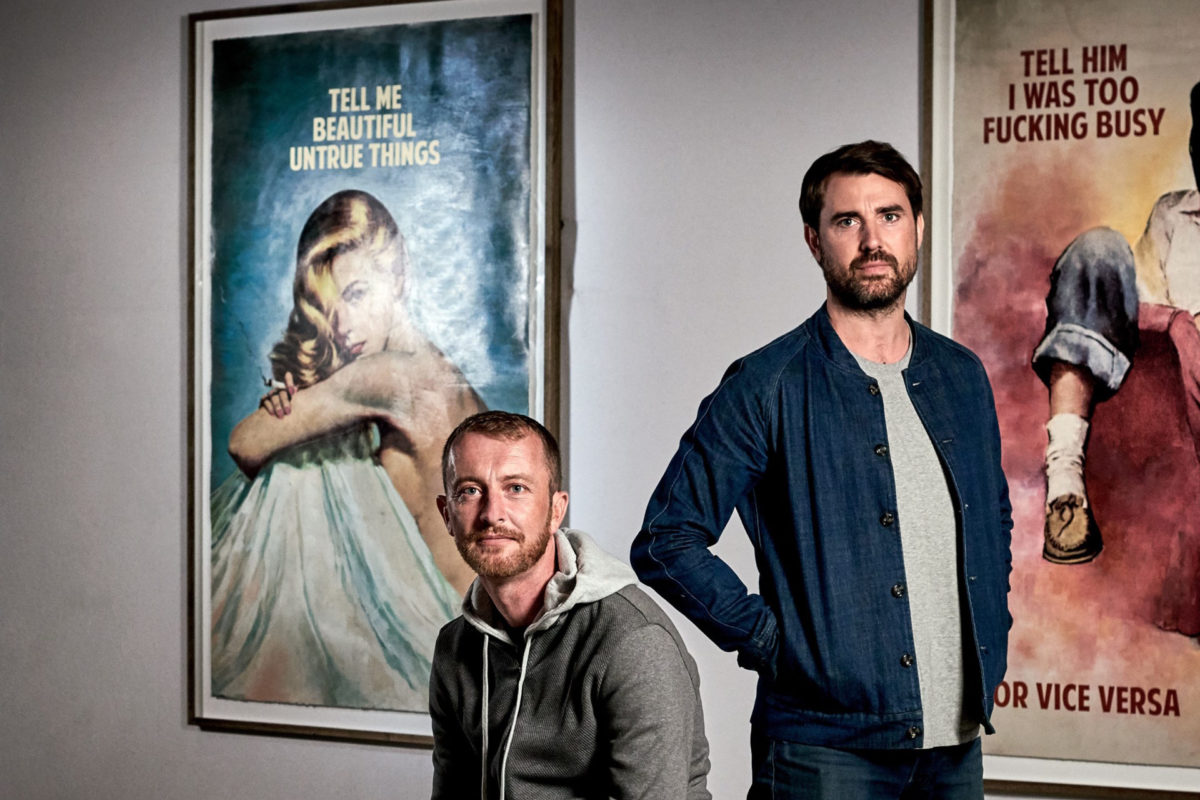