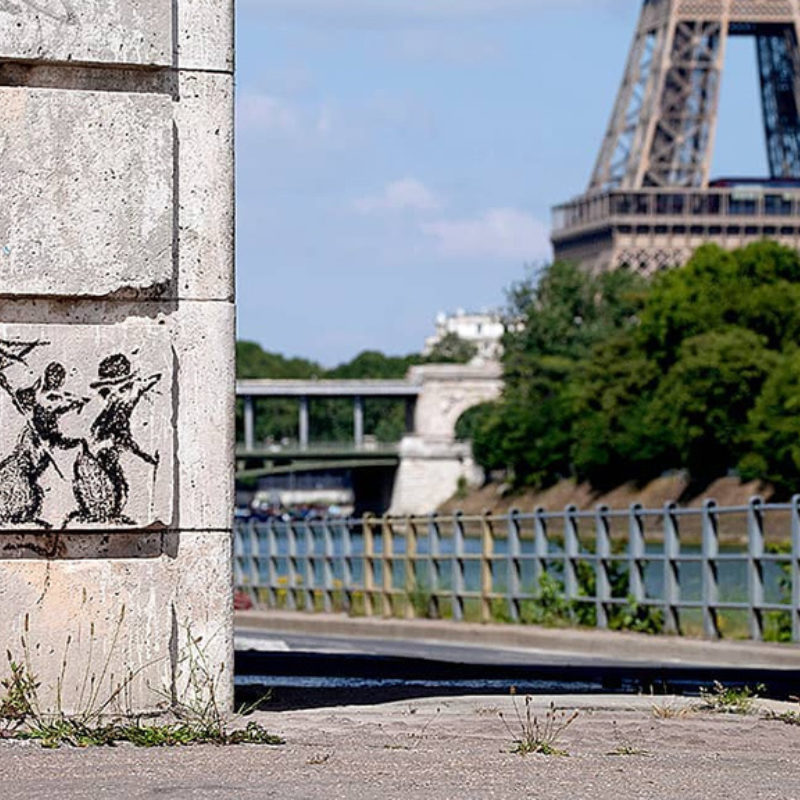 Banksy has been busy decorating the streets of Paris with his notorious rat stencils. Never one to paint without a cause, these popular motifs were painted in response to the recent French restrictions on the hijab and most recently, immigration. Read on to find out more... 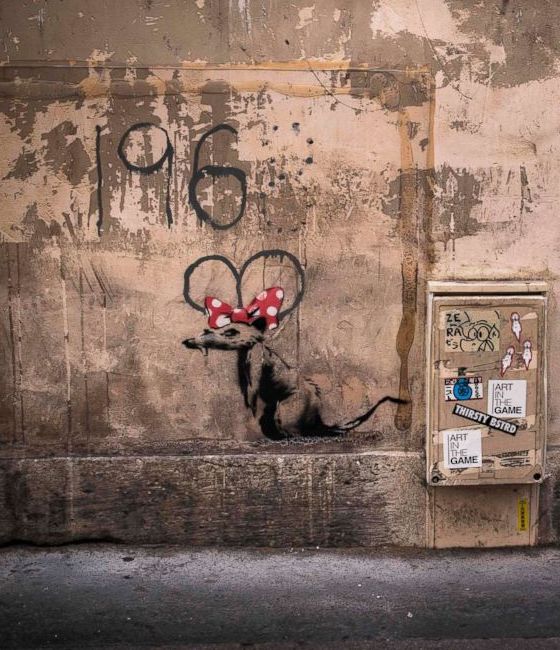 In one rat street piece, a small rodent in a Minnie Mouse-like polka dot bow stands beneath the year '1968' - an important event marking the uprising in Paris 50 years ago. The little creature was painted near Sorbonne University, one of the centres of the uprising. 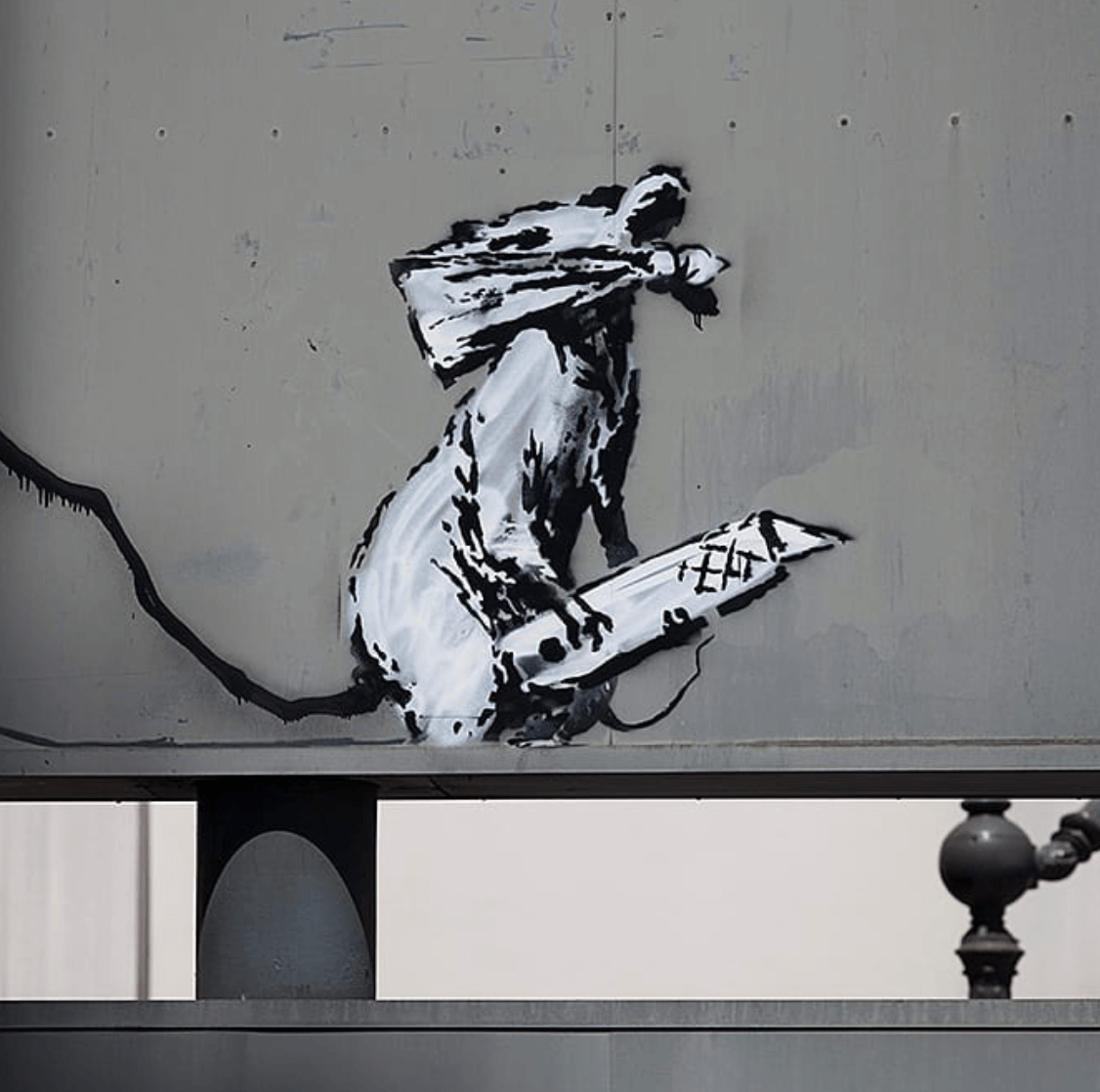 Banksy has previously claimed that Paris was the birthplace of modern stencil art. He has also been heavily influenced by one of the first French street artist Blek le Rat. In the image above, the artist pays homage to the street movement with a cloth that wraps around the rat's face, who clutches his tools of the trade. 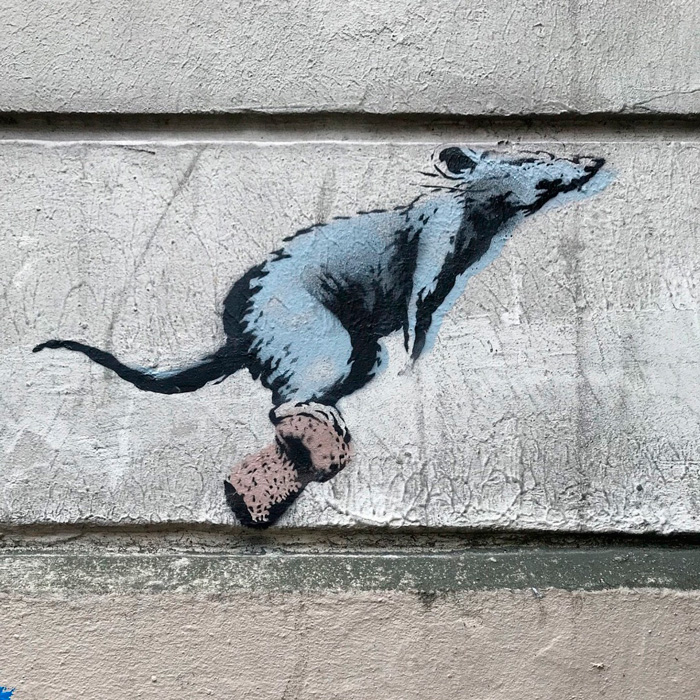 The first motif to appear was on World Refugee Day just last Wednesday. It portrays a young refugee child spray-painting over a swastika. The image was painted near a controversially closed refugee centre in March despite the protests. The image has unfortunately already been vandalised. 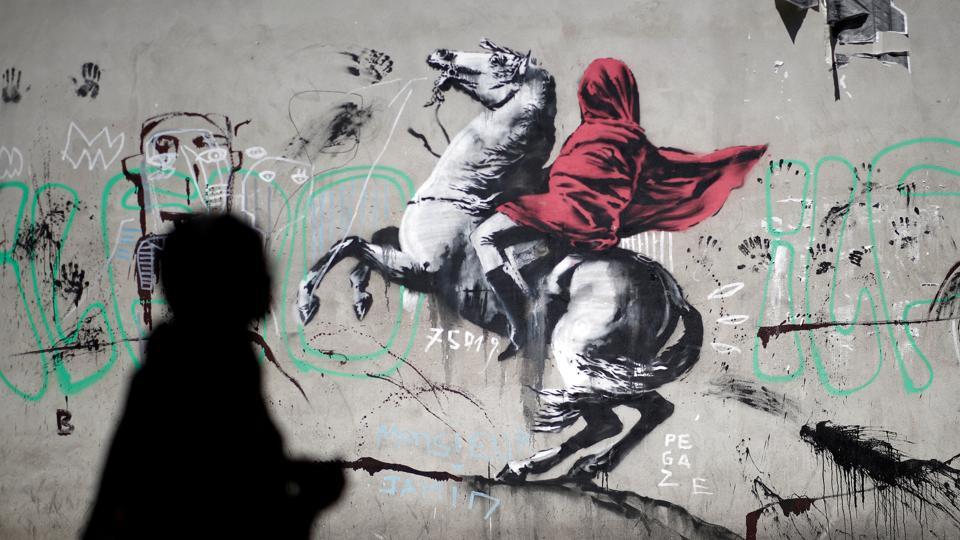 Another Parisian wall was stencilled near a neighbourhood with a large immigrant population. The image represents a Napoleon-like figure, sitting on his horse with a red cape that covers his face. Could this be in response to the recent ban on the hijab?

One of the new murals sits near the Bataclan concert hall which is the haunting site of the 2015 terrorist attack that left 90 dead. The powerful image shows a mournful figure covered in a veil.

So there we have it. Another acute political criticism from the elusive British street artist who shows no sign of stopping.

For Banksy artworks and edition guides, visit our Banksy Page.