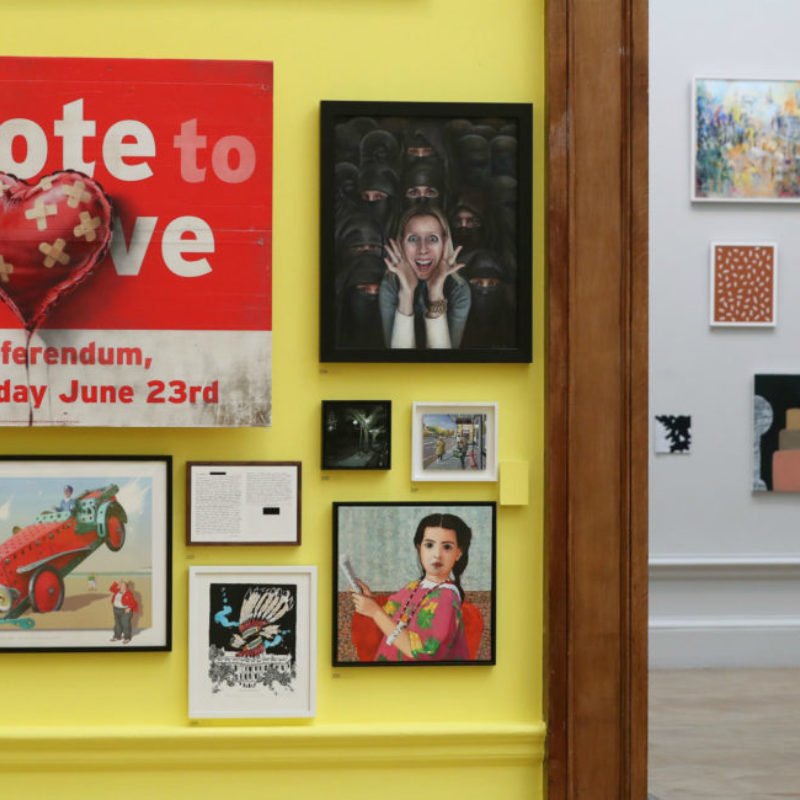 One of Banksy's Brexit-themed works, 'Vote to Love' is going up for auction today. After being on display at the 2018 Royal Academy's Summer Exhibition, the painting is now set to go under the hammer at Sotheby's, widely expected to set a new record for the artist. Read below for all we know...

A few days into post-Brexit Britain and Sotheby’s has secured a rather timely Banksy for its London contemporary art evening auction on the 11th of February. The street artist's iconic 'Vote to Love' is a defaced 'Vote to Leave' placard with a heart-shaped balloon spray-painted turning the word leave to love. 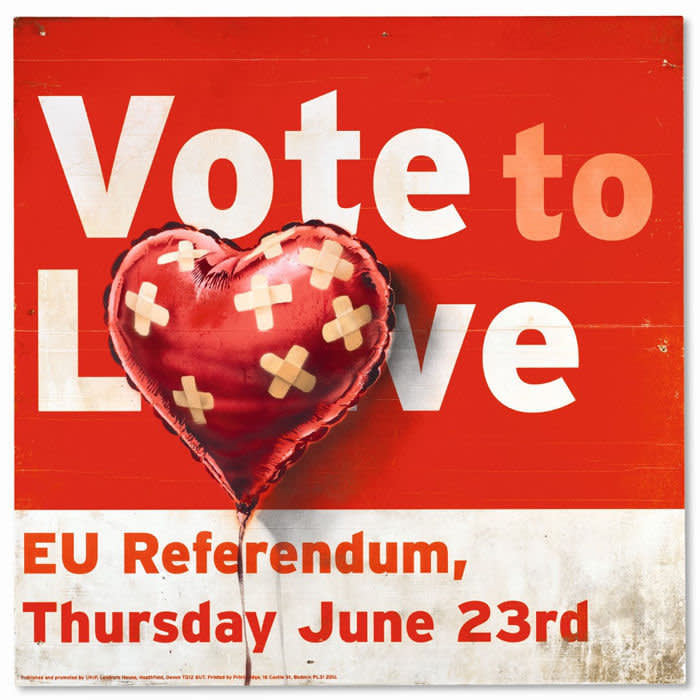 Apart from the piece's connection to Britain's political history, the artwork also has an interesting story of its own. 'Vote to Love' was originally submitted by Banksy to the Royal Academy's Summer Exhibition in 2018, under the pseudonym Bryan S. Gaakman, and was rejected.

It was only when Grayson Perry, who was curating the show, contacted Banksy for a piece, and the work was resubmitted under his own name, that it was accepted into the show. It was satirically valued at £350 million in reference to the Vote Leave campaign’s infamous, retracted claim about how much Brexit would generate for the NHS.

. I entered an early version of this into the RA summer exhibition under the pseudonym Bryan S Gaakman - an anagram of 'banksy anagram'. It was refused. Then a month later I got a mail from the co-ordinator Grayson Perry asking me to submit something so I sent it again. It’s now hanging in gallery 3.

Now post-Brexit the piece is going under the hammer with an impressive estimate of £400,000 to £600,000 and is widely expected to set

for a painting by the artist. The Sotheby’s listing details it as “spray paint on UKIP placard mounted on board” with “striking simplicity and raw immediacy”.

A hopeful message and proof that Banksy’s work remains as relevant as ever, we are excited to see how the auction unfolds.Watch this space for updates.

As always thank you for reading.