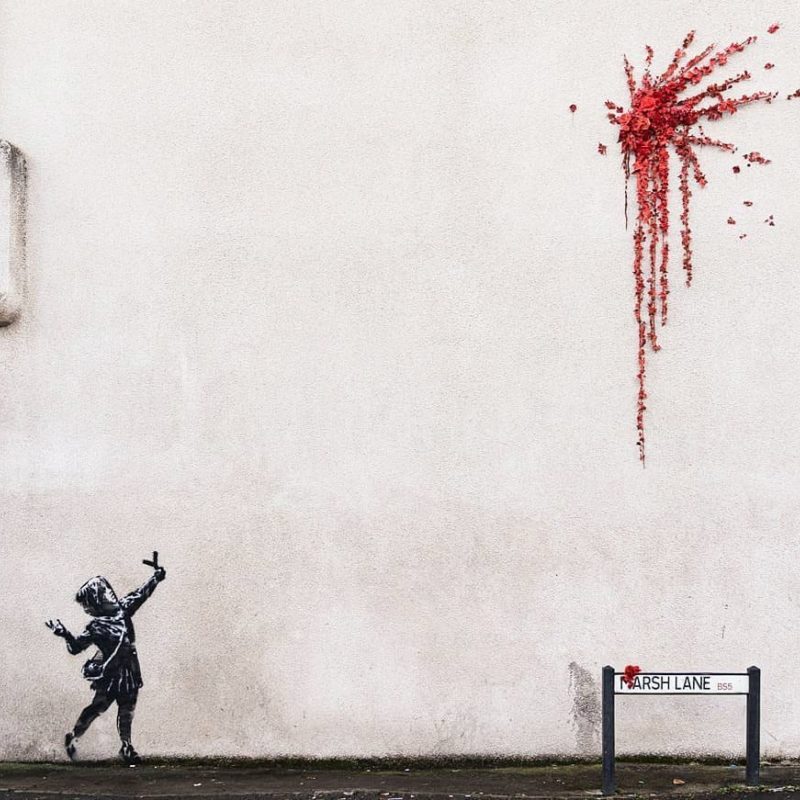 A suspected new Banksy mural that appeared in Bristol's Barton Hill yesterday has been officially confirmed by the elusive artist as his. First spotted on February 13th, the artwork was claimed by Banksy at midnight on Valentine's Day through his Instagram and website. The piece depicts a young girl firing a slingshot of red flowers made with spray painted ivy seeming playing with themes of love, violence and innocence.

The mural appeared on the side of Barton Hill home

The artwork appeared on a home owned by Edwin Simons, who celebrated his 67th birthday on Thursday. As usual the mural has created a buzz with many visitors coming to view and take pictures of it. The family are reportedly looking to cover up the artwork with glass to preserve it.

Watch this space for updates. Thank you for reading and happy Valentines Day!