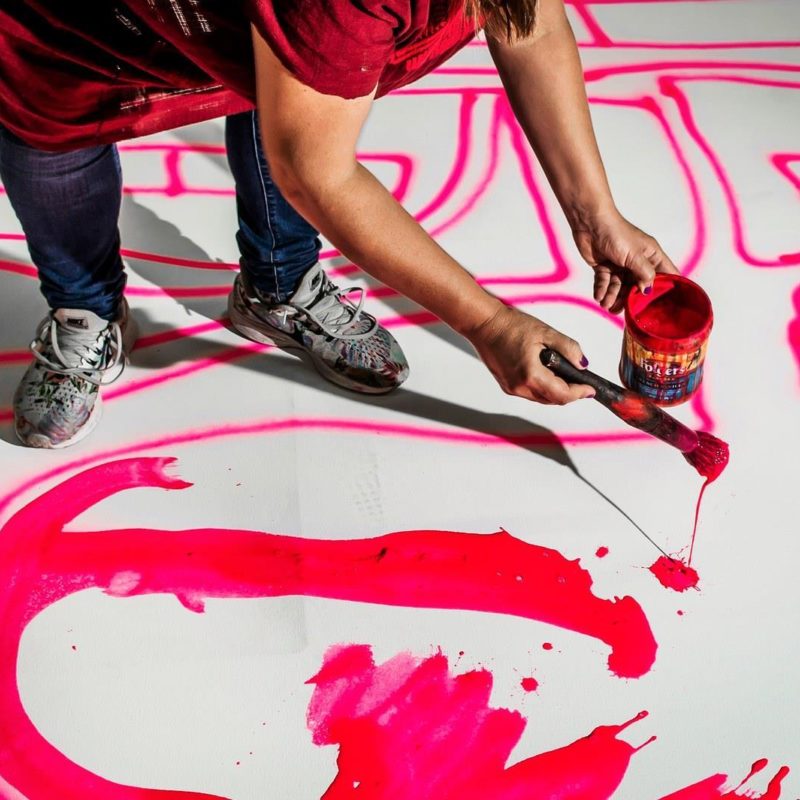 Katherine Bernhardt first came on the scene with abstract portraits of high-fashion models rendered in broad expressionist strokes. In 2008 however Bernhardt visited Morocco and, inspired by the country’s weaving culture turned her focus from figural to 'pattern' paintings whilst also launching an online shop, Magic Flying Carpets, to sell imported traditional rugs and textiles.

"I'm satisfied and yet never satisfied. I don't like to waste time. Life is short, so I always try to do as much as possible."

A typical Bernhardt now could measure up to more than ten feet long, its surface occupied by floating spray-painted oddities: hamburgers, parrots, watermelons, Windex or Coca Cola bottles, cigarettes, Garfields and Stormtroopers. And Bernhardt is currently at the top of her game, beloved and coveted by private collectors and museums alike.

Bernhardt's star was lifted further by a glowing Village Voice review from infamous art critic Jerry Saltz who wrote: "She's a natural, even if I can't say exactly what kind of natural that is", in 2001. She has now exhibited all over the world with her works having been the subject of exhibitions at the Modern Art Museum of Fort Worth and the St. Louis Contemporary Art Museum. "I'm satisfied and yet never satisfied," she says. "I don't like to waste time. Life is short, so I always try to do as much as possible."

Katherine Bernhardt at her Brooklyn studio, photographed by Dina Litovsky for GQ, 2019.

"She's a natural, even if I can't say exactly what kind of natural that is."

As an artist she is not particularly interested in unpacking the hows and whys of her work. Whilst many have interpreted her work as a critique of consumerism, it is not a conscious concern for her. Bernhardt is primarily motivated by a fascination with her everyday surroundings, their formal and pictorial qualities. A lot of what draws her to her 'subjects' is simply their colour and form, how they work together on the canvas. The pieces are fun, fast and illogical, they don't take themselves too seriously, yet look thoughtfully executed. (A 2014 solo show at CANADA gallery was titled Stupid, Crazy, Ridiculous, Funny Patterns!) Bernhardt clearly takes the act of painting seriously, and is focused on making and putting out her work to speak for itself rather than trying to explain them herself.

“I guess that's my aesthetic: raw, stained, messy, using-your-hand-in-it art,” Bernhardt has stated. And her work has gotten looser with time; she adds water to freshly sprayed paint, letting her subjects melt and fuse in a technique that brings both Colour Field painting and street art to mind. It is a style and technique that is most definitely her own. 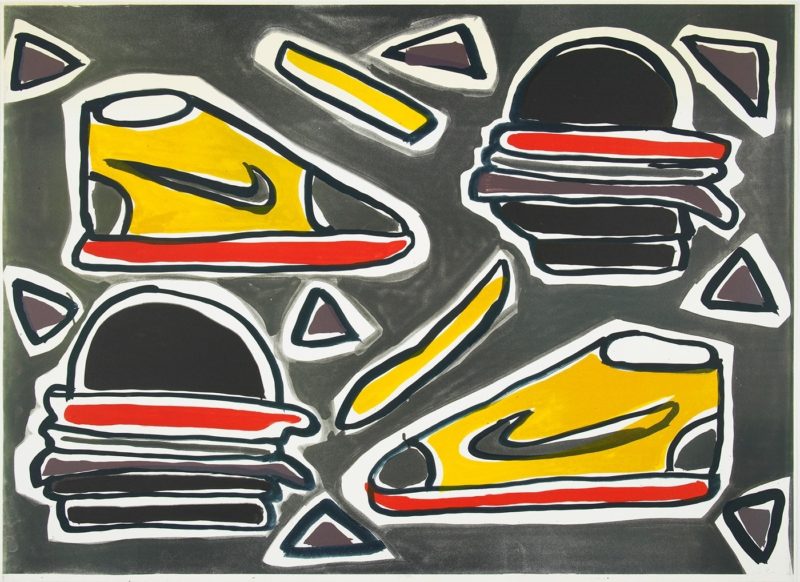 And while she does read the critics' reviews, Bernhardt places more gravity on the opinion of a different audience. After a recent solo show in New York, the artist was delighted to learn that the youngest visitors were responding to the work. “When kids like it,” she says, “I know that it's good.”

We are most certainly excited to see what is next for Katherine Bernhardt. As always don't hesitate to get in touch should you require any further information. Thank you for reading. 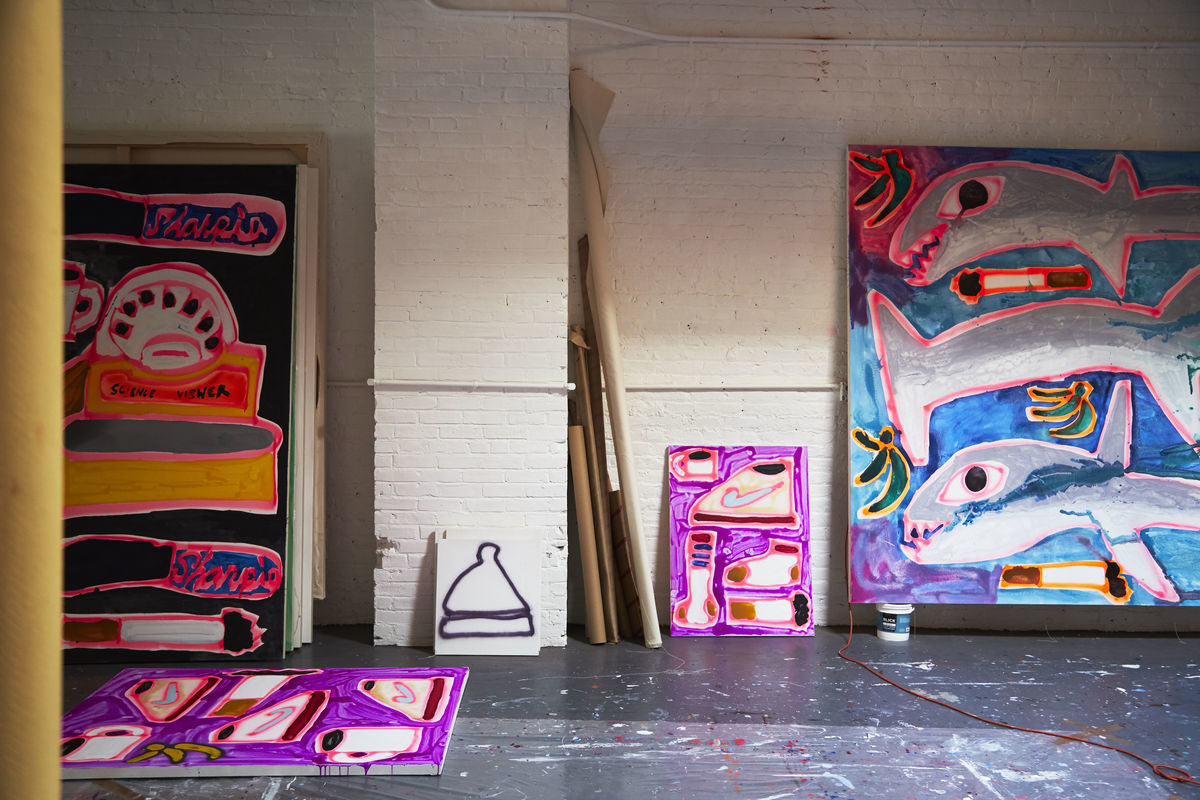