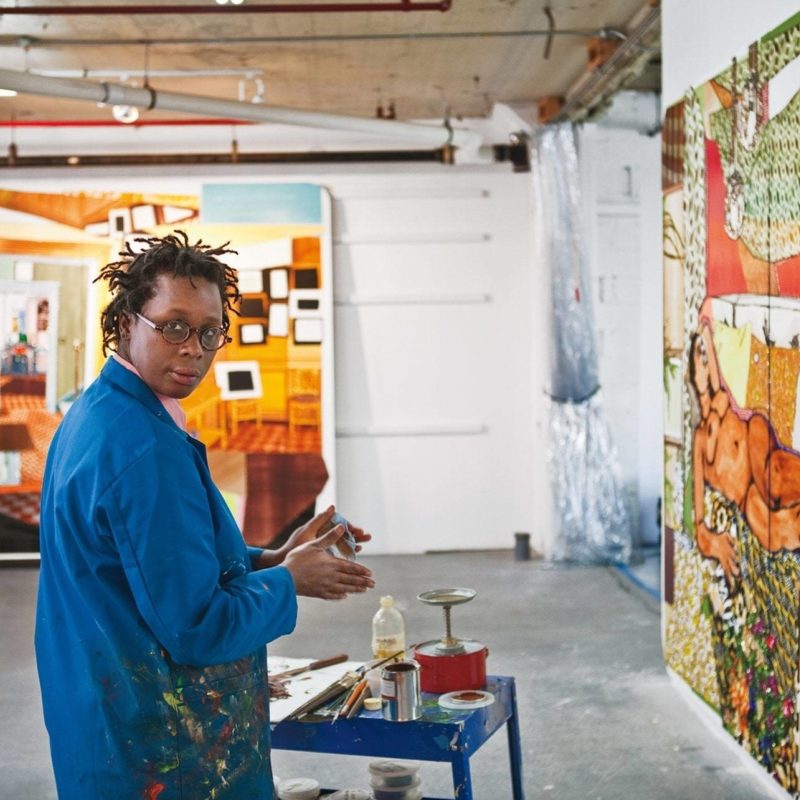 Contemporary artist Mickalene Thomas has been making a splash in the art scene for the past two decades. Here are five things you should know about this rising star…

1. Her influences are wide-ranging

Mickalene Thomas’s work is terse, bright, and loud. Towering women, adorned in pattern and lush fabric, asserting presence, beauty, and grandeur. A deeper look into Thomas’s oeuvre can begin to unravel the intimate textures of loving homage that lay underneath. Inspired by popular culture and a breadth of art history, there are references to 19th-century European masters such as Edouard Manet, Henri Matisse, and Romare Bearden embedded in the visual language of her work. In amongst these links to the art historical canon, lie references to the Harlem Renaissance and the subgenre of Blaxploitation films that were popularised in the ‘70s and ’80s.

2. The women in her life are her muses

Her mother, whom she refers to affectionately as Mama Bush, has been a running muse throughout her career. More recently Thomas’s work features her former fiancé Raquel Chevremont - whom she collaborates with under the moniker Deux Femmes Noir. Thomas has worked with the idea of celebrity in the past and continues to compose earnest narratives of an inclusive future in a process of reclamation. Reclaiming the modern gaze and redirecting our attention, centring her lived experience and reimagining Black agency and body politics, superimposing those who have been historically removed from the frame back into the image with powerful and honest intent.

“My mother, as well as my grandmothers and aunts, were such amazing role models. My (mum), whom I featured extensively in my earlier work, showed me how to unapologetically love my body.”

3. Her work is process-driven

As part of her artistic process, Thomas often works backwards from photographs she has staged. Working with models and building mock interiors, she uses these still images as a starting point for her paintings. These elaborately constructed figurative tableaux offer a rich conception point, which is often then dressed up with her trademark 60-70s themed rhinestoned, enamel, and textile aesthetic. The artist continues to use these still images as resources for her paintings but published a selection of never-before-seen photographs in book form with Aperture, aptly titled ‘Muse: Mickalene Thomas’ in 2015.

Mickalene Thomas, Are You That Someone?, 2010, rhinestones, acrylic, and enamel on wood panel.

4. She’s already made an impact on the culture

From Michelle Obama in 2008 to Solange Knowles in 2013, Thomas has created prestigious portraits for high-profile women embedded in mainstream culture. Thomas’s prestigious first individual portrait of First Lady Michelle Obama from 2008, currently sits in the National Portrait Gallery in Washington D.C.
After collaborating on a few projects together, such as Solange’s True EP album cover, Thomas later invited Solange to perform at her “Better Days” bar-installation for Art Basel. In 2013 Thomas was invited by Jay-Z to attend his Picasso Baby performance at the Pace Gallery.

5. Her background is humble

Thomas was born in Camden, New Jersey in 1971, to a single mother who at 6’1 worked as a model in New York City whilst hosting house parties and theatre productions to raise money for sickle cell anaemia – a condition that her mother has been afflicted with since birth. The artist initially studied pre-law and theatre arts whilst living in Portland, Oregon in the mid ‘80s to the early ‘90s. Following on from a visit to the Carrie Mae Weems retrospective at the Portland Art Museum in 1994, Thomas decided to switch studies and applied to the Pratt Institute in New York. She would later receive her MFA from Yale School of Art in 2002.

Thomas has come a long way from her days at art school, from not being able to afford tubes of paints and frequenting craft supplies stores for materials, to smashing through auction estimates. At the Christies May 2021 Auction in New York, Thomas smashed through the estimate of $400-600k to take in a staggering $1.8 million – currently her auction record. Other notable mentions include the four-location international exhibition with gallerists Lévy Gorvy. 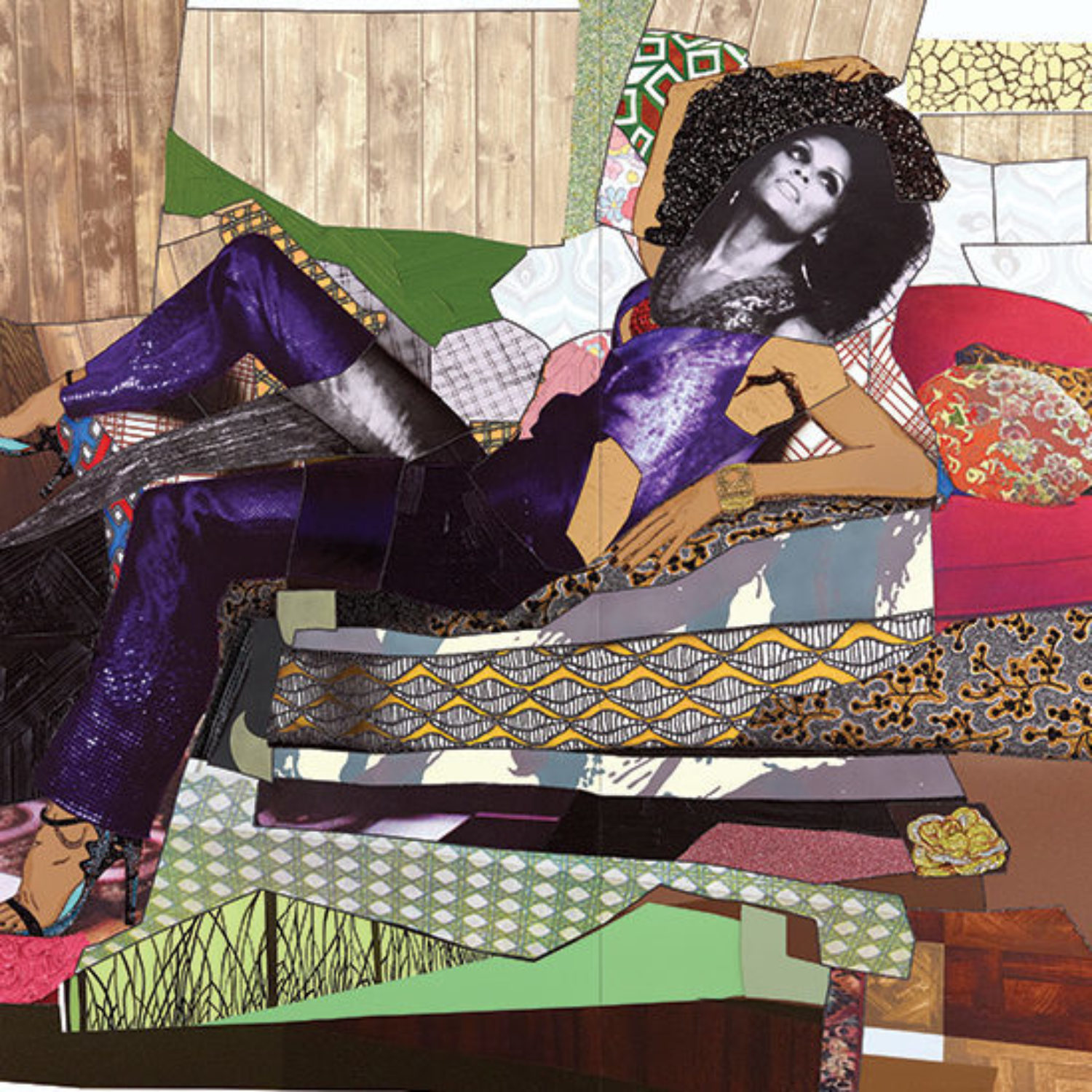 Be the first to know about new Mickalene Thomas Works and Viewing Rooms. 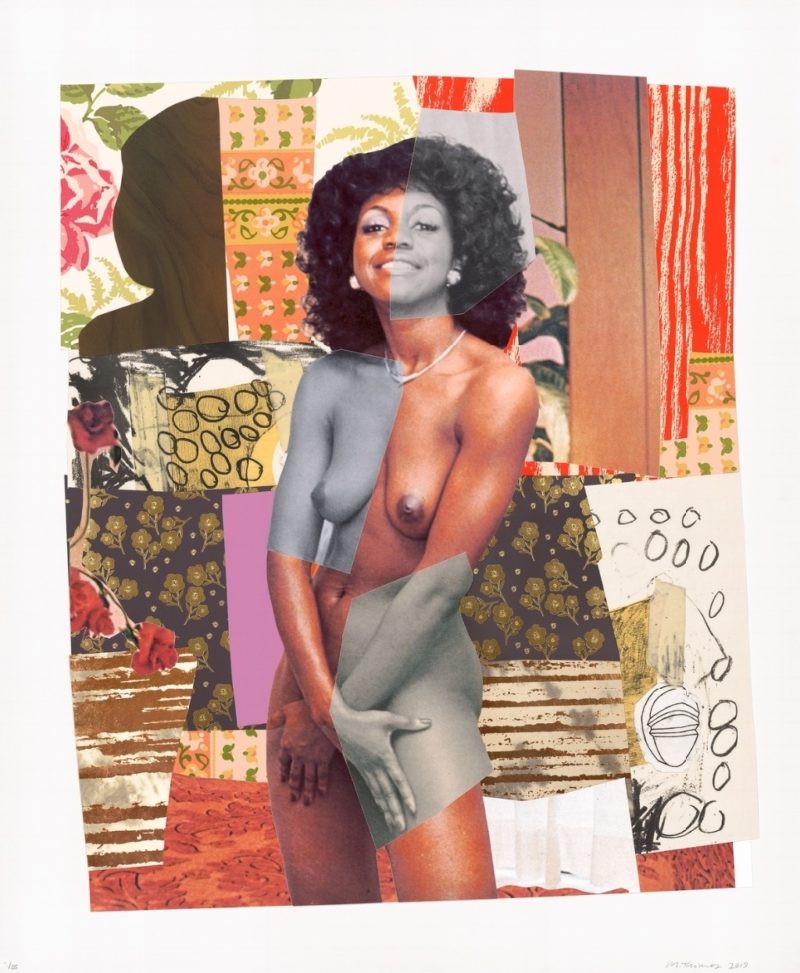 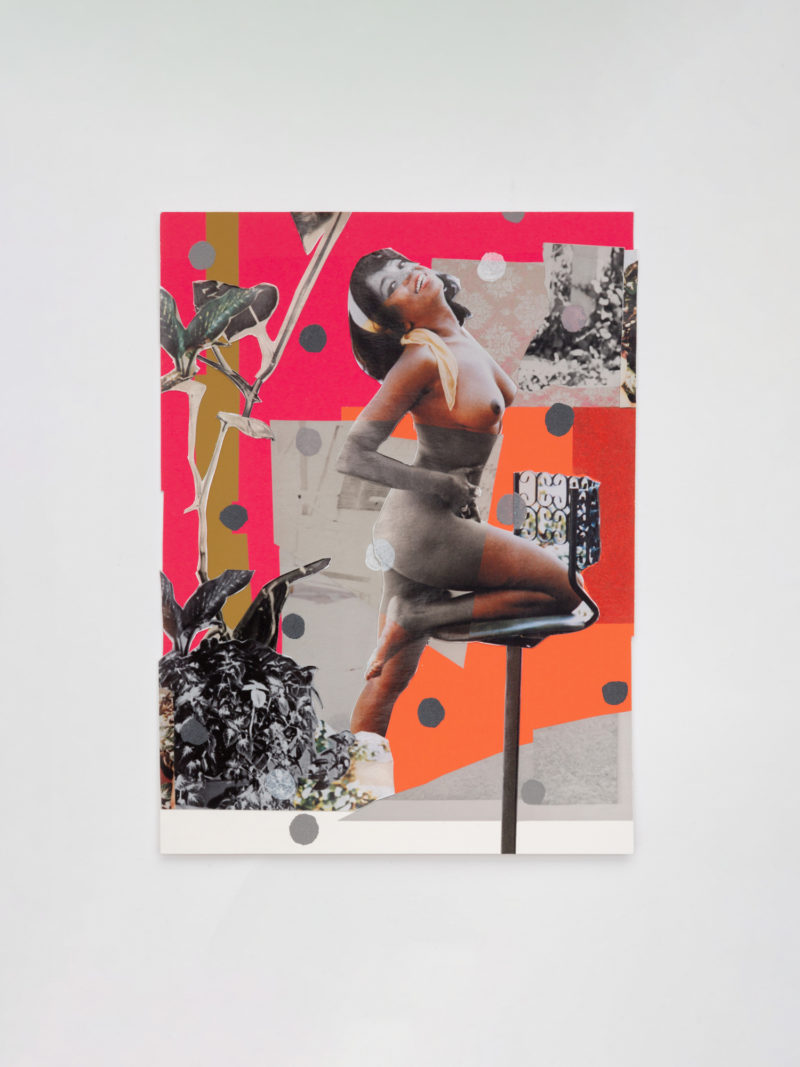 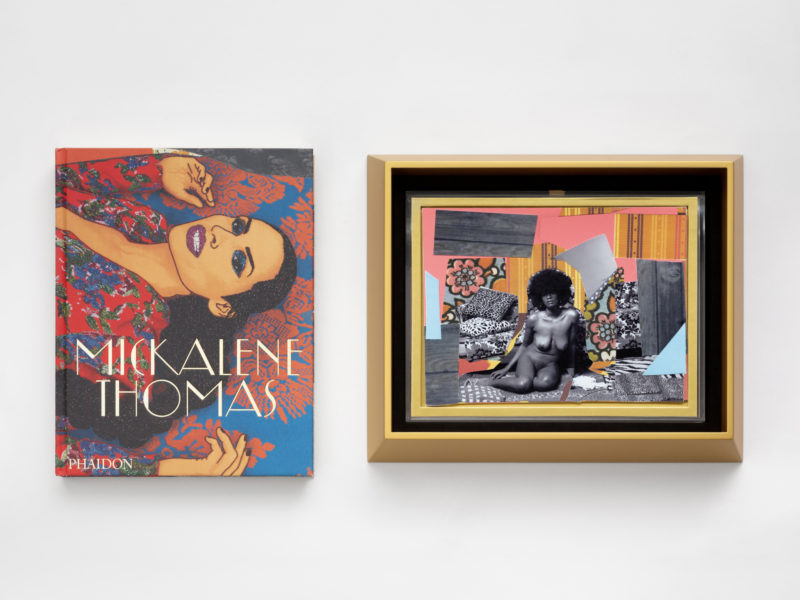 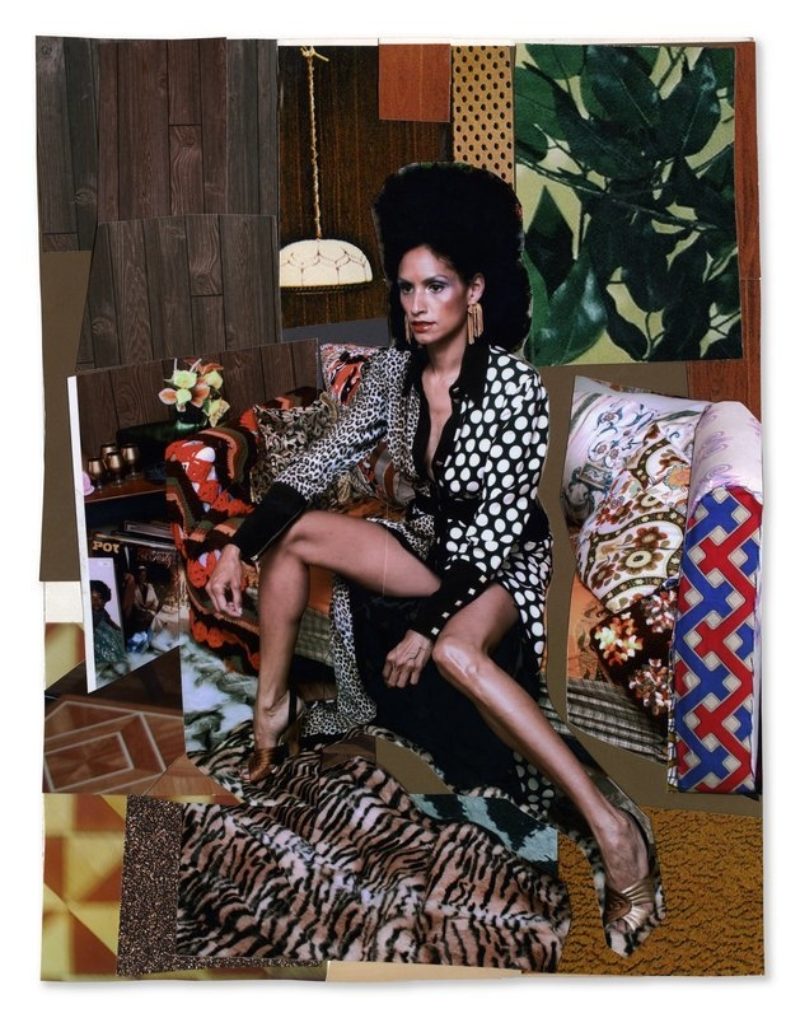 Racquel Come To Me Two