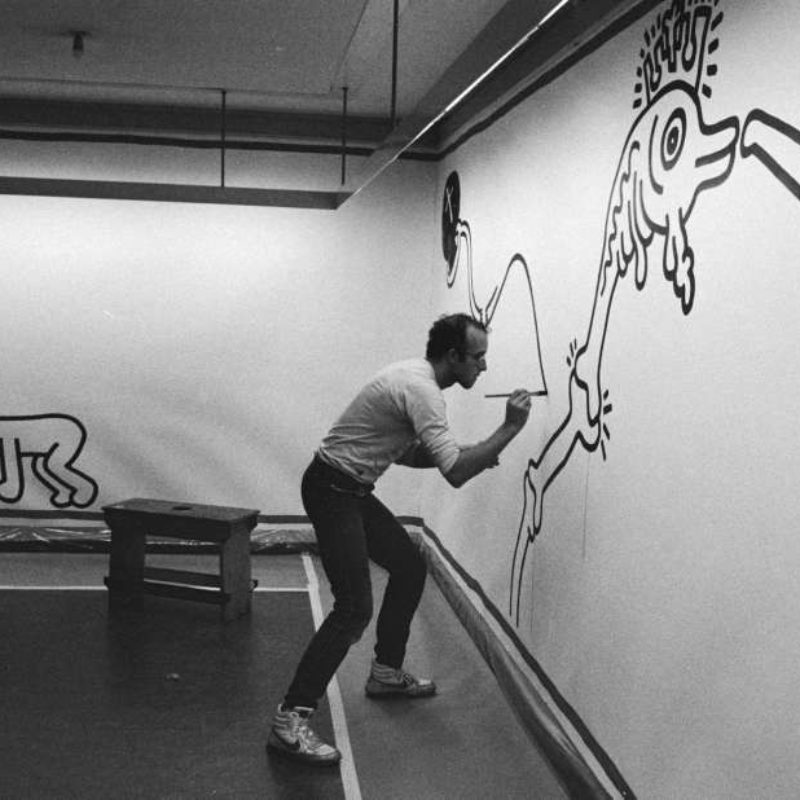 Last week marked 29 years since Keith Haring's passing. An artist that shaped urban and graffiti culture and whose legacy lives on. As long-time admirers of Haring's work, we are delighted to offer newly available pieces by the artist as we take a closer look at his cultural influence. Read on to view what's currently on offer...

"More than once, I’ve been taken to a station handcuffed by a cop who realized, much to his dismay, that the other cops in the precinct are my fans and were anxious to meet me and shake my hand."

We are delighted to offer newly available prints by legendary artist Keith Haring on this week, which marks 29 years since his passing. The artist's relevance and influence to this day is remarkable, and we are happy to include the below iconic prints to our catalogue... 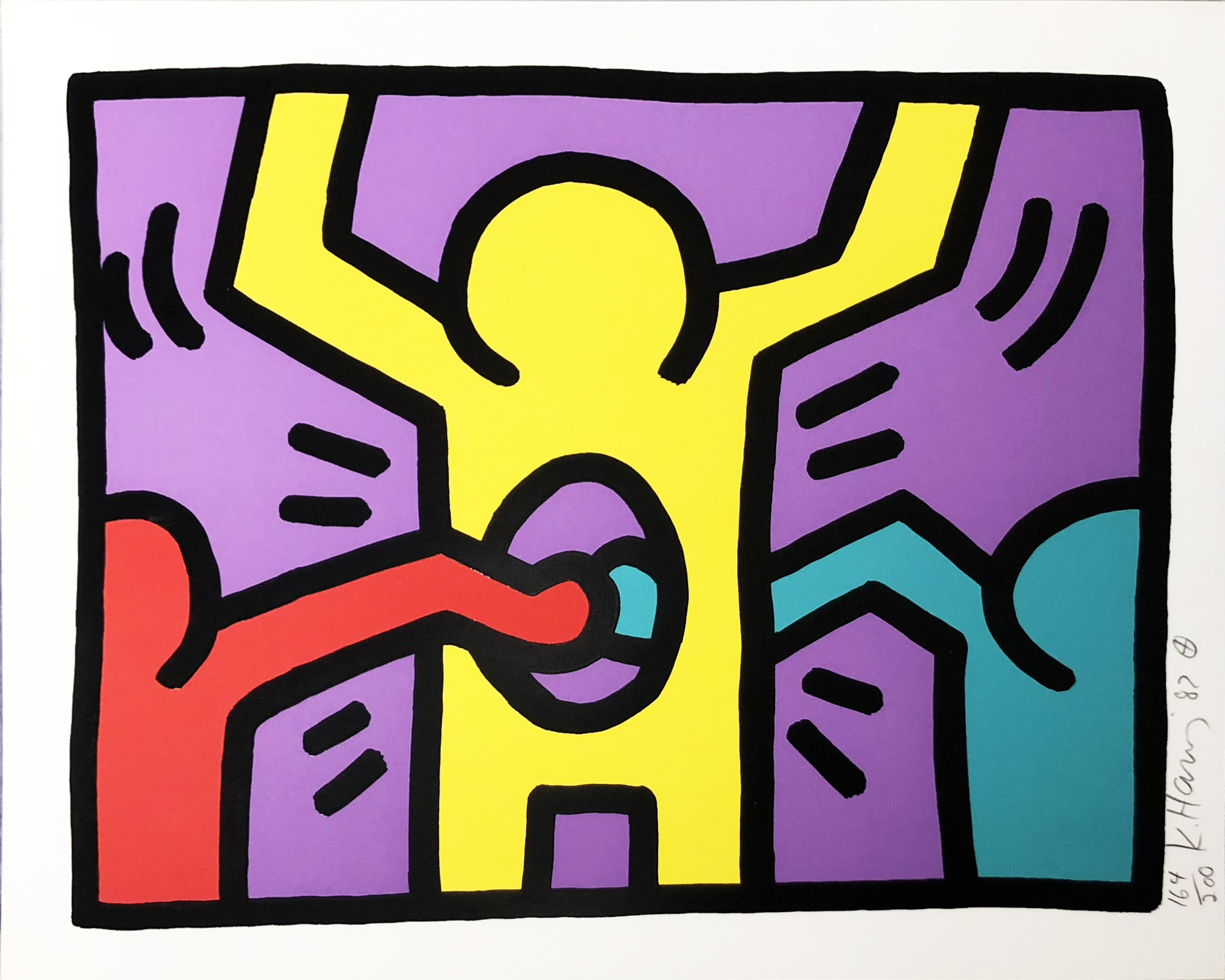 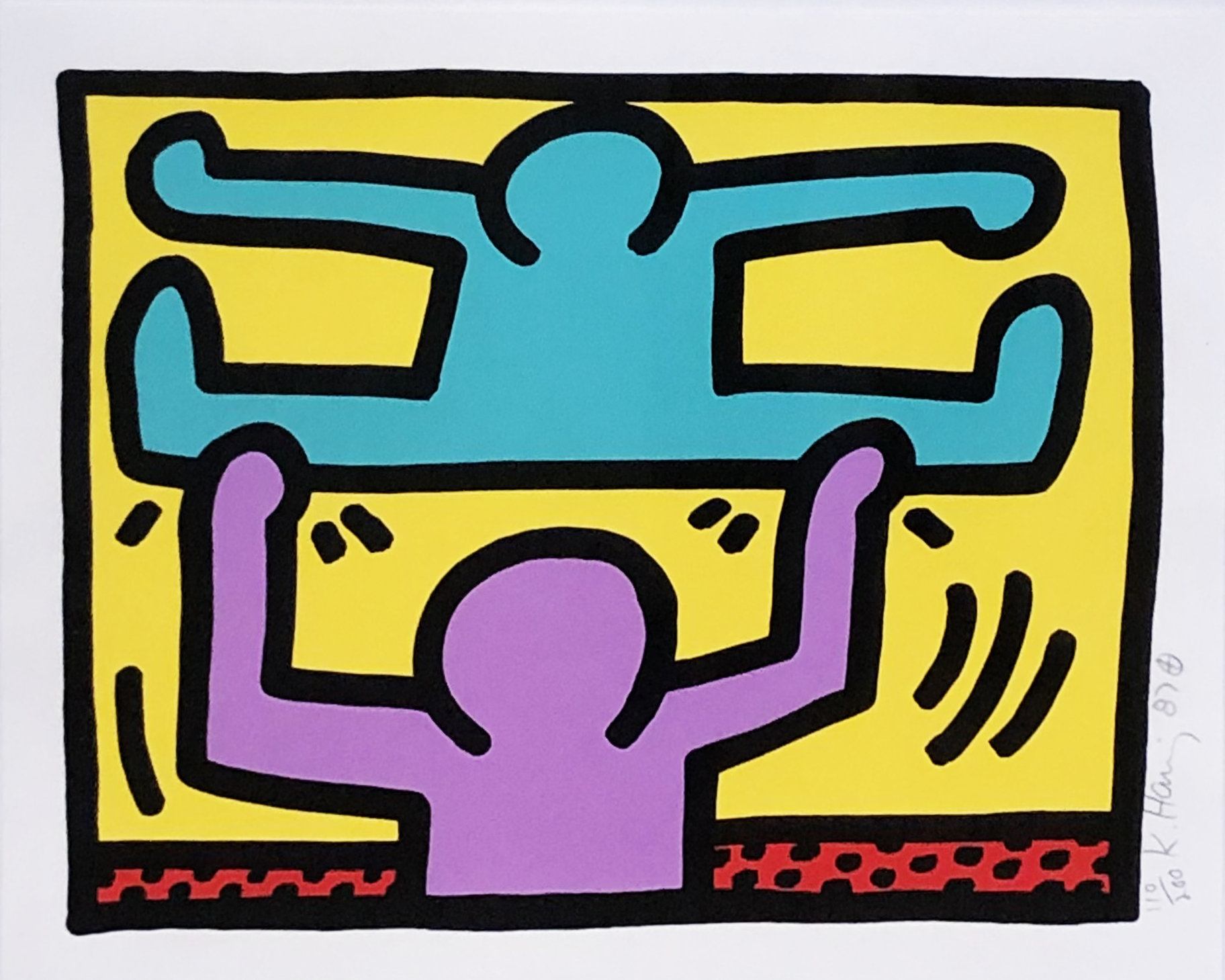 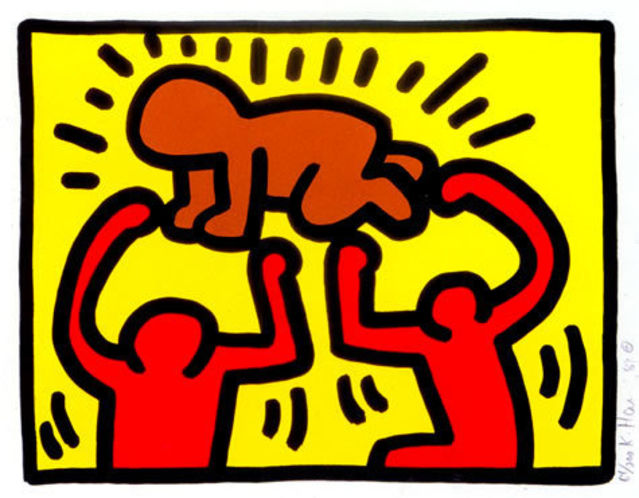 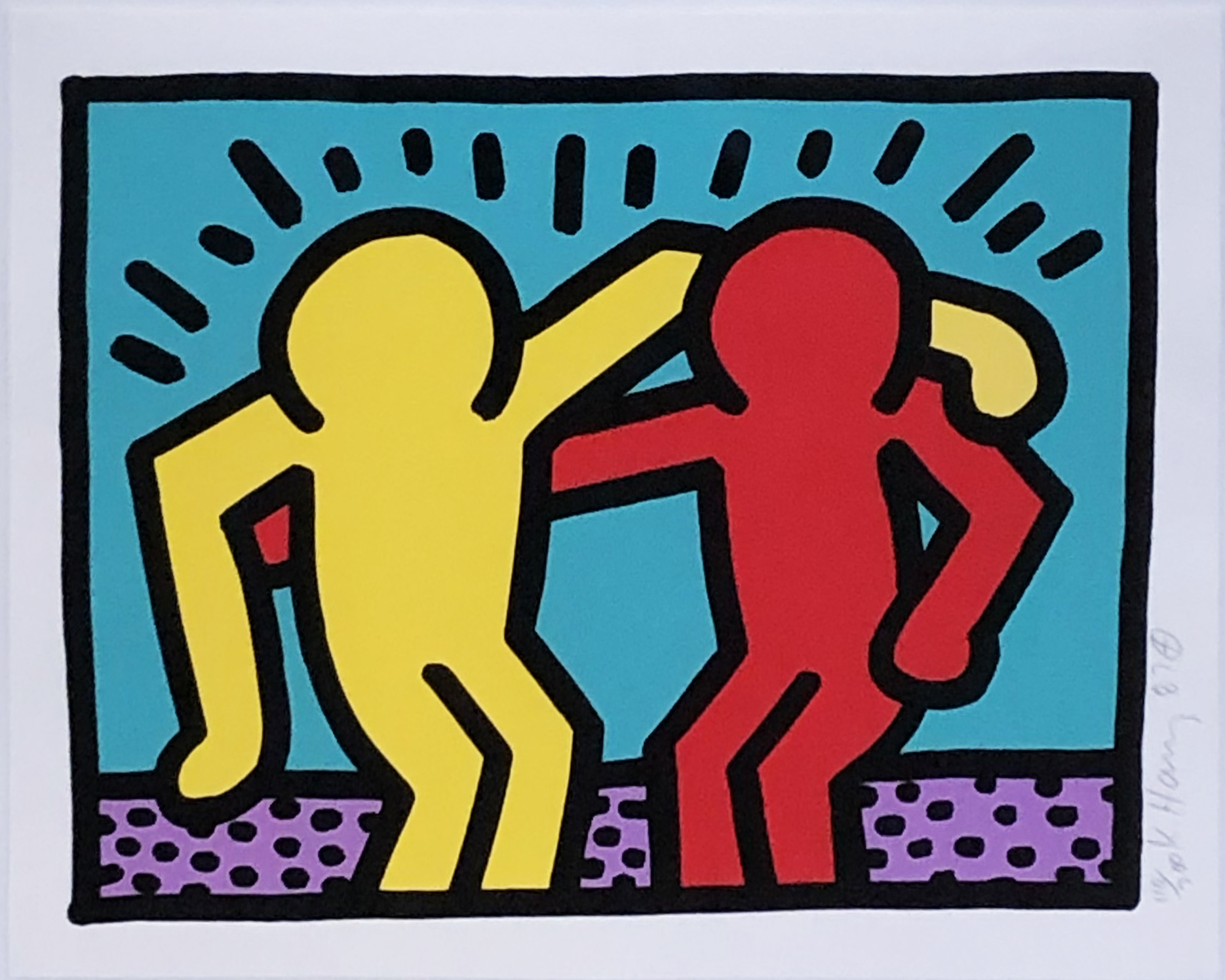 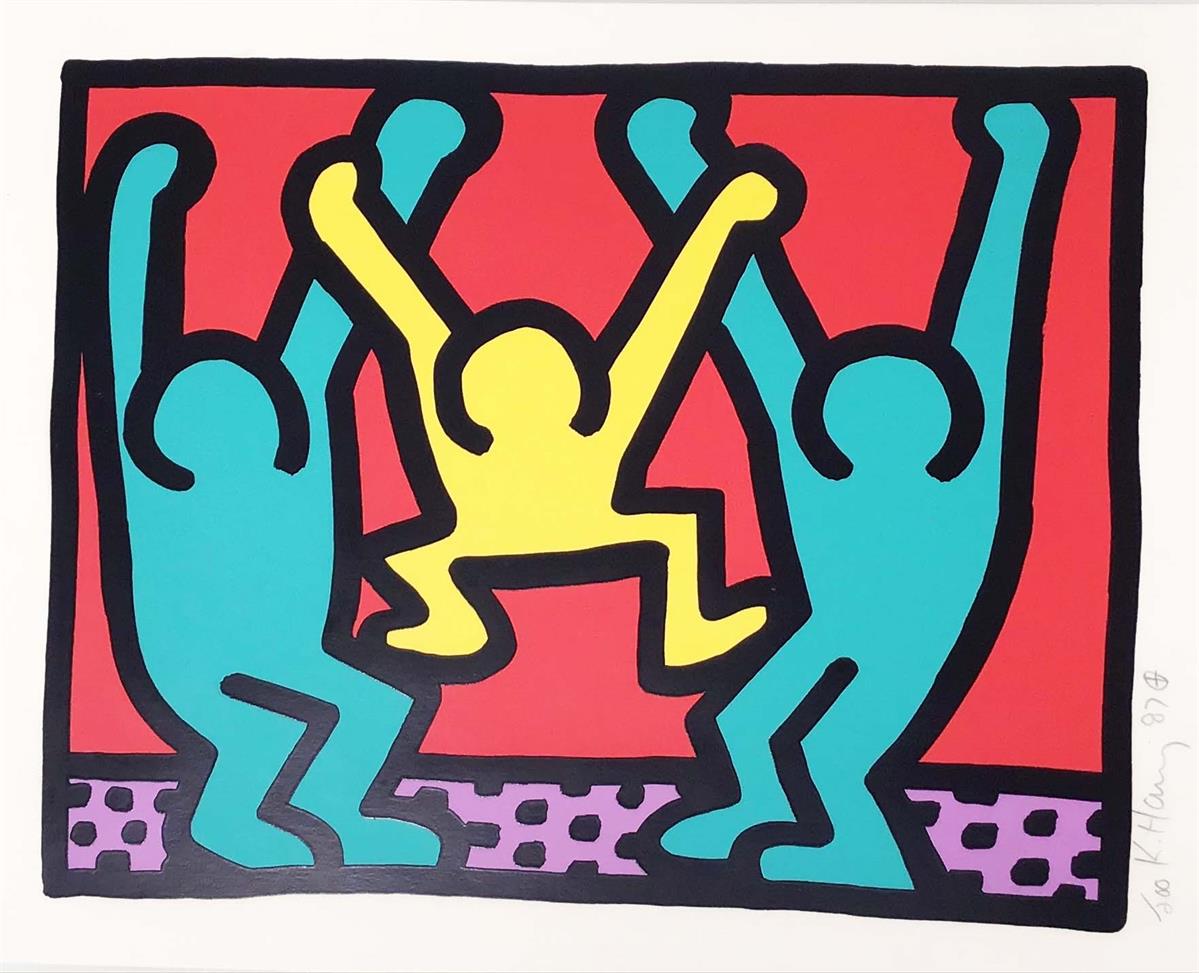 The Legacy of Keith Haring...

Despite the artist's sad early death at the age of 31, Haring had a great influence on the street and art world and has left a legacy behind him. His distinct pop-graffiti style, is no doubt instantly familiar to most. His work being so recognisable is in part due to Haring's intention of reaching as many people as possible through his art work. He was passionate about making his work accessible to everyone which is why he used the streets as his canvas. The artist was an important part of the 80s New York street culture scene which he influenced and was influenced by. As he explained commenting on one of his street pieces:

"All kinds of people would stop and look at the huge drawing and many were eager to comment on their feelings toward it. This was the first time I realized how many people could enjoy art if they were given the chance. These were not the people I saw in the museums or in the galleries but a cross-section of humanity that cut across all boundaries." 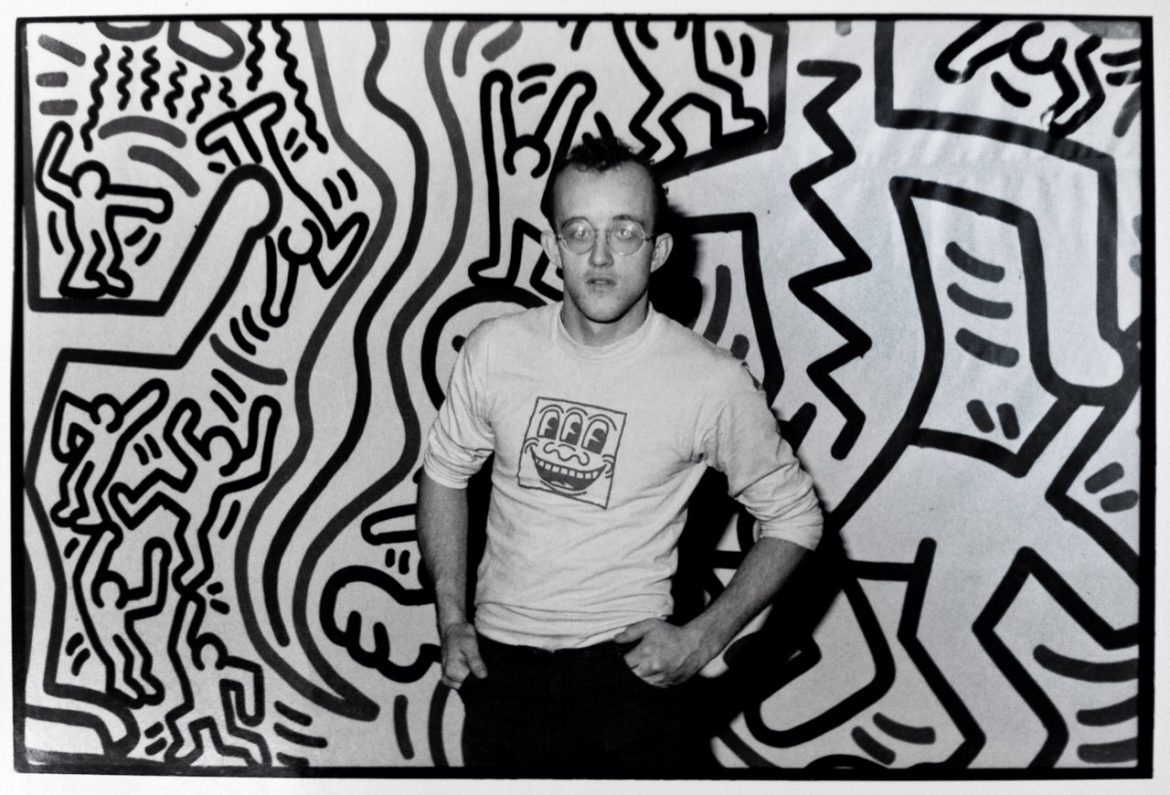 Keith Haring photographed in front of one of his pieces 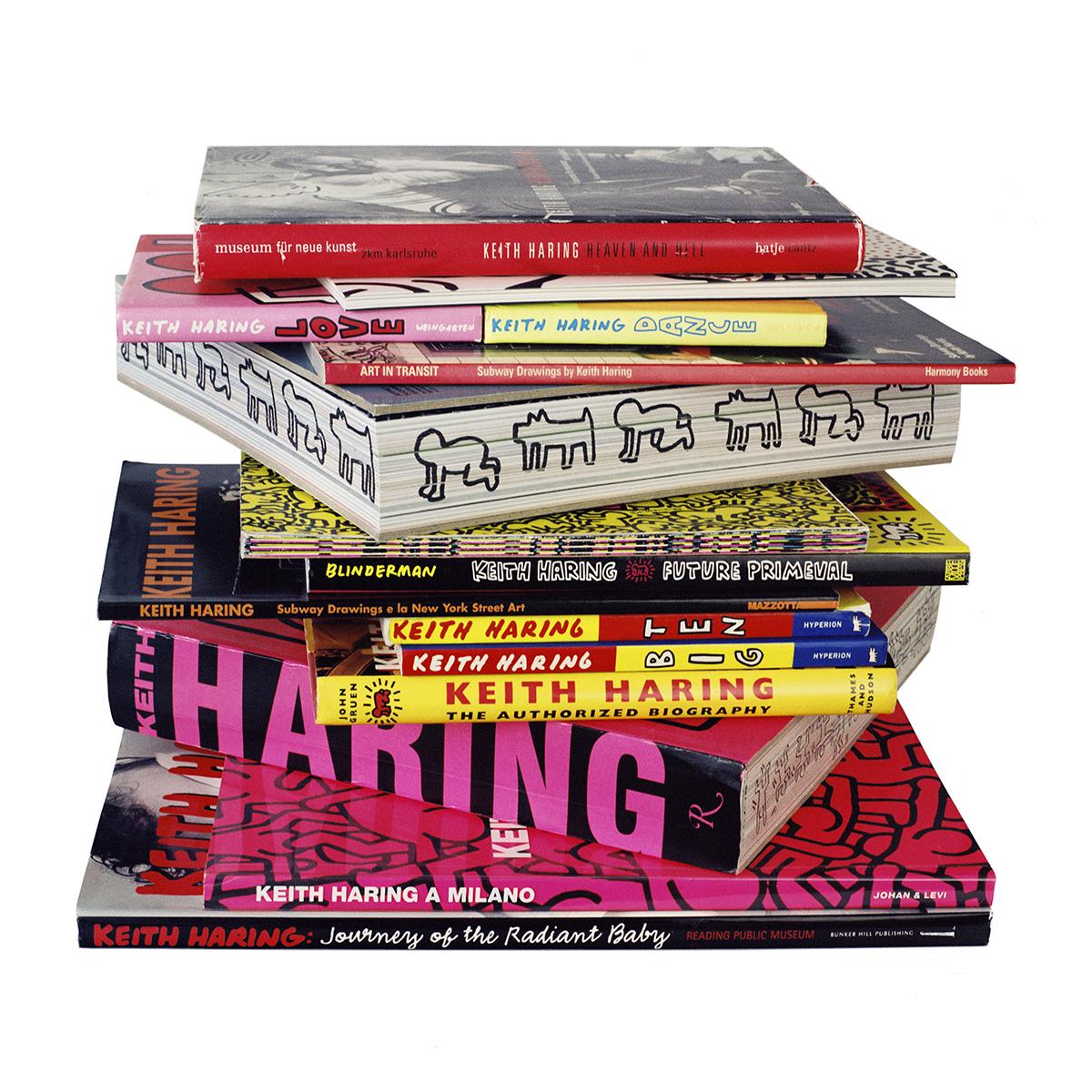 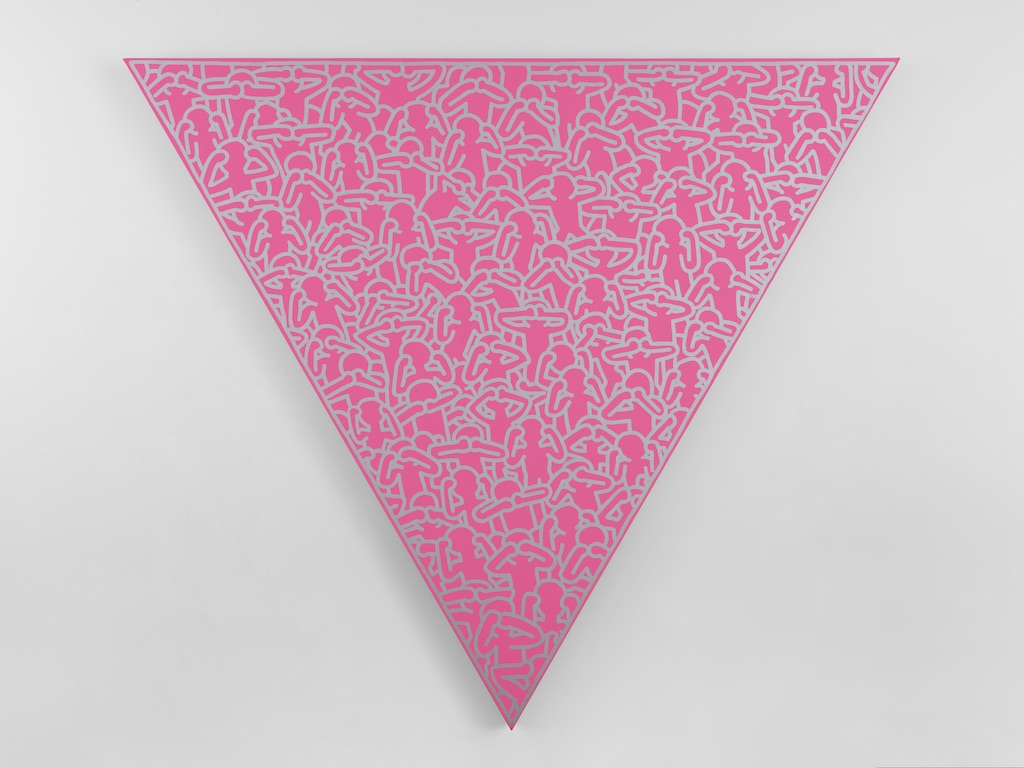 Activism was a key part of Haring's art. His colourful work and catchy slogans lent well to addressing social and political issues of the time such as homophobia, racism, drug addiction and the AIDS epidemic. The artist also set up the non-profit Keith Haring Foundation to fund AIDS research and charities and assist in providing education around the issue, a year after receiving his own diagnosis. 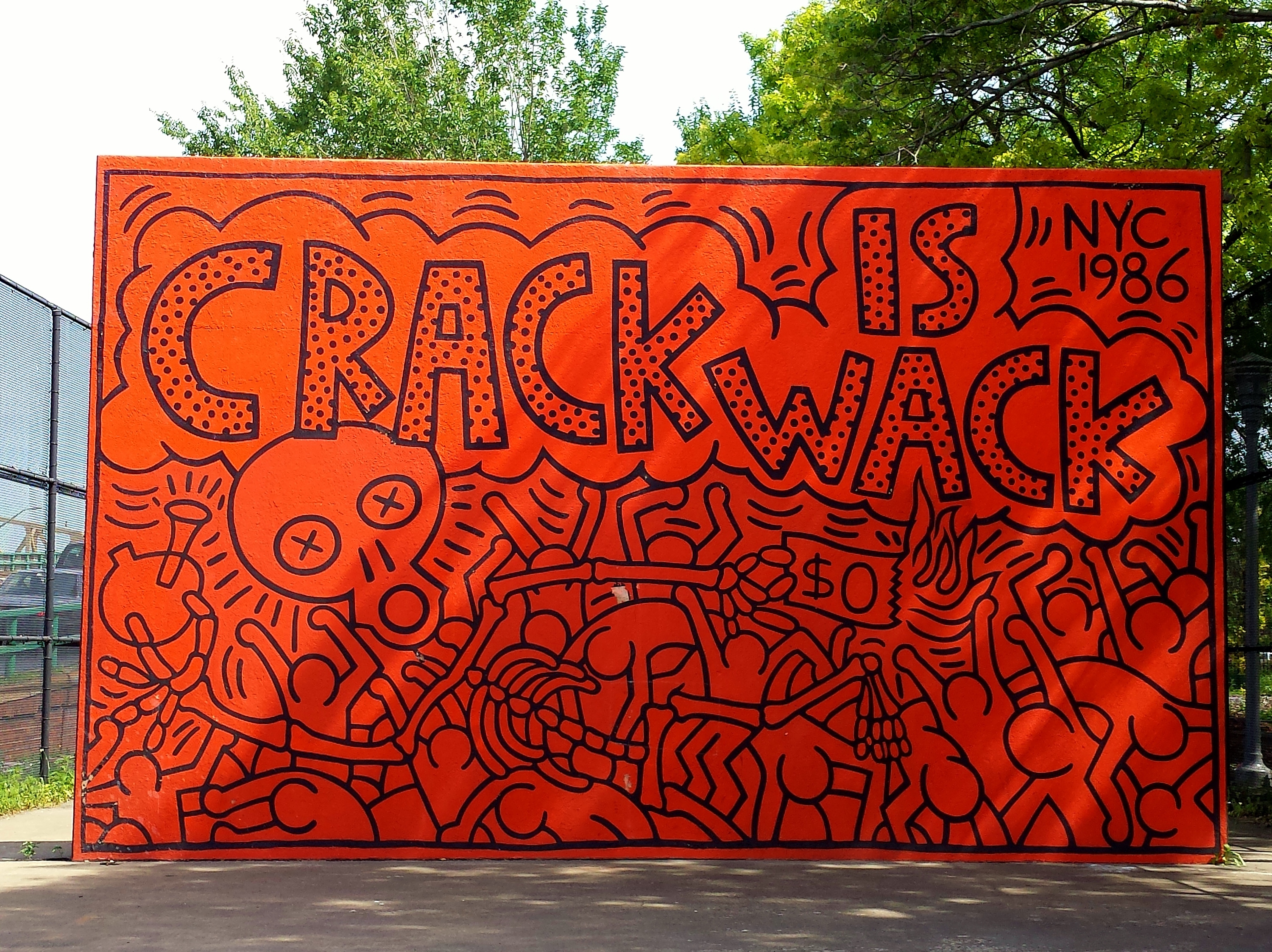 Haring’s influence on art and street culture can still be seen to this day. His works can be found in some of the most important collections around the world including The Museum of Modern Art in New York and the Los Angeles County Museum of Art. Tate Liverpool is also hosting the first major UK exhibition of the artist's work this summer, which we can't wait to see...

You can view all available works by Keith Haring here.

Thanks for reading this week's blog.

Much Love from the Hang-Up Team 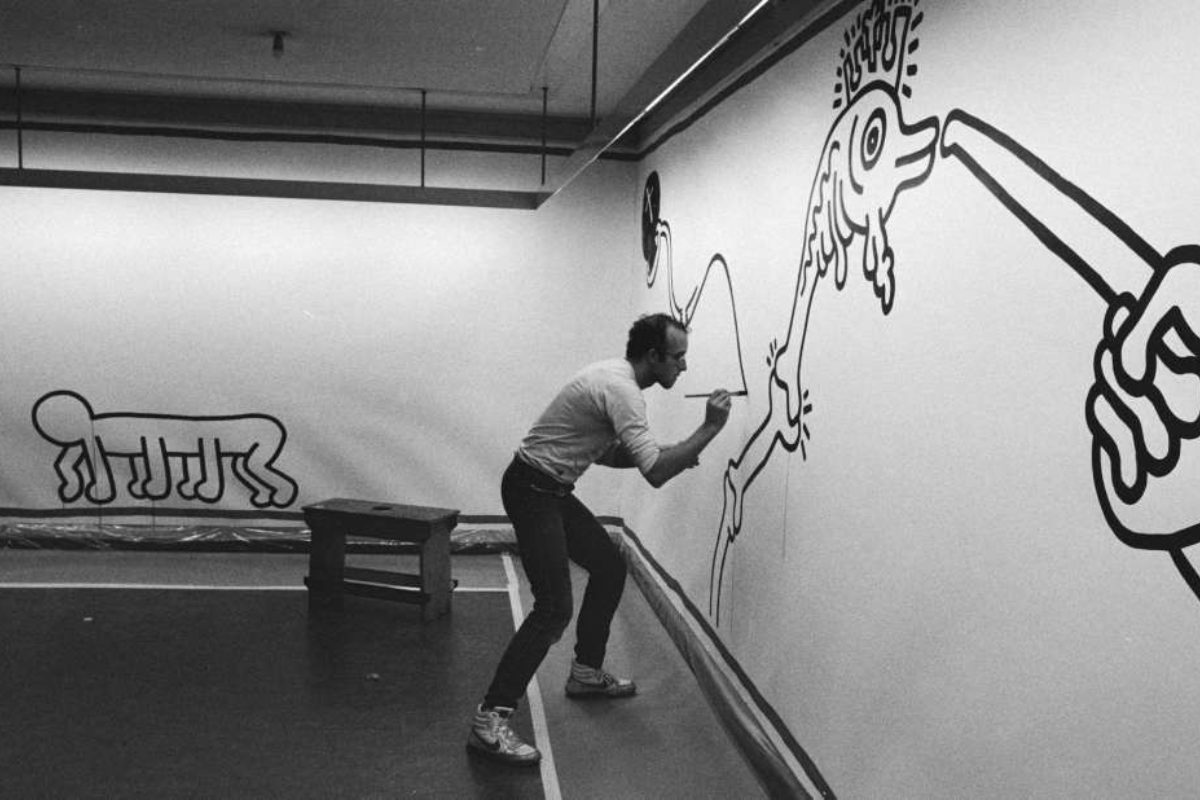