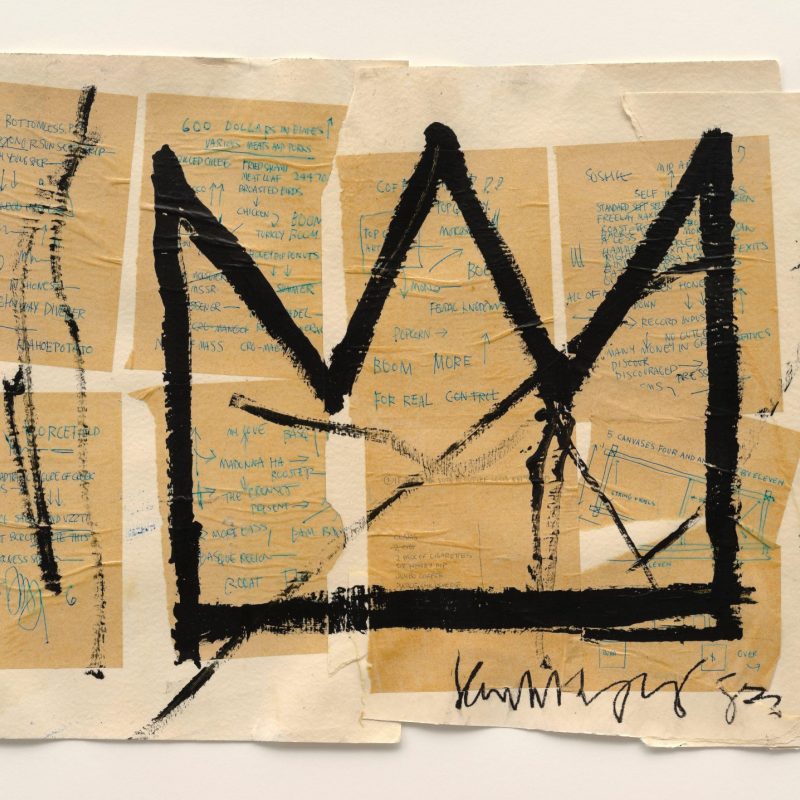 Expect a Basquiat frenzy when a new exhibition of the artist’s work opens in New York on April 9. The first to be curated by his sisters Lisane Basquiat and Jeanine Heriveaux (who run the Basquiat estate alongside their step mother), the exhibition will feature 200 little-known works and offer a personal insight into the man behind the art.

Entitled ‘King Pleasure©’ (a name drawn from one of Basquiat’s works, which he in turn borrowed from a jazz singer), the show will take place on the ground floor of the Starrett-Lehigh building in the art district of Chelsea. Drawing on multimedia and ephemera as well as paintings and drawings, it will tell the artist’s life story through his family’s uniquely personal lens.

"We wanted to bring his work and personality forward, in a way only his family can, for people to immerse themselves in. We want this to be a multi-dimensional celebration of Jean-Michel's life,” Lisane Basquiat told Time Out late last year.

The sisters have brought in an impressive team to help. Among them is acclaimed architect Sir David Adjaye, who has designed a smattering of museums across the US as well as houses for celebrities including Jake Chapman and Ewan McGregor, and will reconfigure the space for the exhibition. Meanwhile, the curation draws on the current trend for immersive museum experiences and will feature a replica of Basquiat’s studio, as well as one of the Michael Todd VIP Room in the iconic 1980s nightclub Palladium – where pieces by Basquiat, Keith Haring, Kenny Scharf and Francesco Clemente adorned the walls. Each area of the exhibition will also come with its own evocative soundtrack.

"We wanted to bring his work and personality forward, in a way only his family can, for people to immerse themselves in. We want this to be a multi-dimensional celebration of Jean-Michel's life,”

Since Basquiat’s death in 1988 the price of his work has continued to soar, thanks in part to the tireless work of his estate (allegedly worth $138 million) in partnering with brands to keep him at the forefront of public consciousness. Embodying the New Wave of art born in 1980s New York, Basquiat is the movement’s most successful artist (in fact, his work Untitled (1982) which sold for $110.5 million in 2018, is the most expensive by any American artist). His themes – of race, religion and consumerism – have unparalleled longevity, chiming with viewers and buyers alike and ensuring a string of high-profile collectors including Jay-Z and Lenny Kravitz. His work is enduringly popular with Hang-Up buyers too:

“The response we receive every time we get a new acquisition is phenomenal. Everyone wants Basquiat in their collection. This doesn’t surprise me though, Basquiat’s work is as powerful and relevant today as it was when it was created, and it keeps captivating generation after generation.” says Gallery Manager, Laura Rivas-Lopez.

King Pleasure© is the largest show of Basquiat’s work to date, and the personal focus is sure to make it the runaway hit exhibition of 2022. Indeed, such is the anticipated demand that producers are offering a theme park-style ‘skip the line’ ticket for $65.

To see Hang-Up’s available works by Basquiat or talk in further detail about the artist, please get in touch.