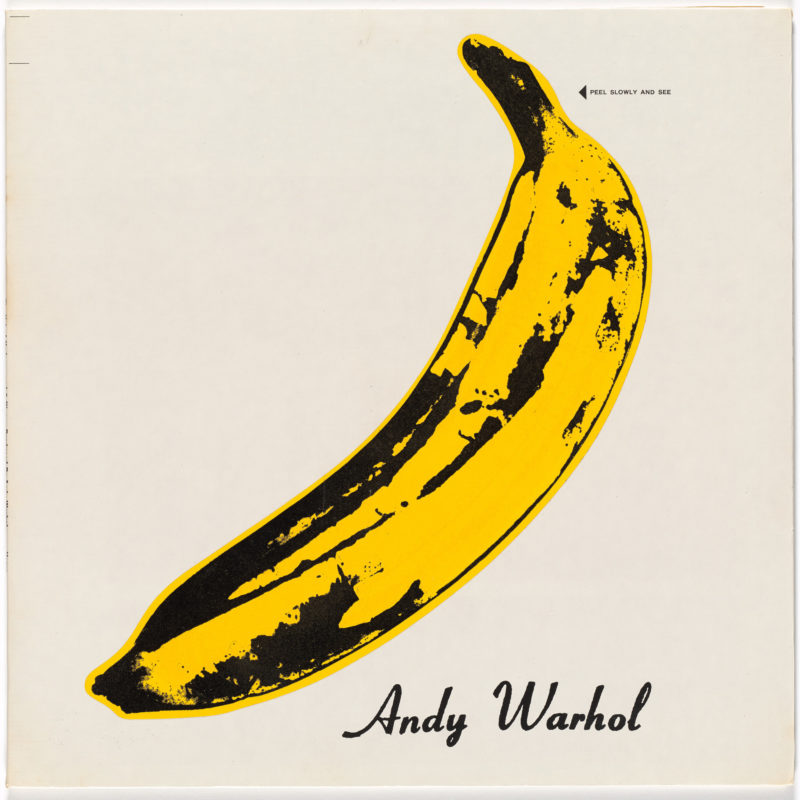 The enduring relationship between art and music.

In the bawdy music halls and dance clubs of 1890s Montmartre, artists including Degas and Seurat could be found inhaling the bohemian atmosphere that would inspire their liveliest paintings. The most famous visitor of all was Henri Toulouse-Lautrec, whose work At The Moulin Rouge epitomises a fleeting moment in time – before Montmartre was lost to tourists and out of towners.

The Art Institute of Chicago

The free and easy atmosphere that attracted these artists was responsible for creating a wider counter culture that included musicians and poets – perhaps the first to be thoroughly documented. Up and coming artists, writers and musicians often converge in a pattern that seemingly continues ad infinitum (in New York’s grimy East Village of the 1980s and the run-down 1990s streets of Hoxton/Shoreditch, for example). Thus, it follows that art and music will always be intertwined, even if simply by geography.

But, just as Montmartre floundered, art was undergoing a revolution. Faithful representations of characters and landscapes began to fade away, replaced by a more abstract view of the world – and what better to inspire the new breed of artist than music, which was itself in a state of flux as composers began to divert from the formal arrangements of the past?

Kandinsky was the man who most famously tried to convey this on canvas, drawing technical parallels between the two art forms which he then built on to create his work (his ten-part series, Compositions, evokes both sheet music and the sense of notes blaring out of the canvas). A student of the cello and piano, he linked colour and sound, explaining, “colour is the key. The eye is the hammer. The soul is the piano with its many chords. The artist is the hand, that by touching this or that key, sets the soul vibrating automatically.” Believing that different art forms could blur into one creative whole, he even devised a theatre piece entitled The Yellow Sound made up of music, pantomime and highly directed stage lighting (the piece, which successfully evokes his paintings come to life, wasn’t shown until long after his death, in 1972).

Kandinsky’s contemporary Paul Klee, who had been a violin prodigy as a child, was also interested in portraying music in his work and made a series of pieces with musical names, which conjure continuing chords and notes through their use of colour and repetition.

Composition X was painted only five years before Kandinsky's death, during that period of his practice referred to as the 'Great Synthesis'.

Though less interested in creating a technical vocabulary for the relationship between the two art forms, Marc Chagall was another artist who imbued his work with musical influences, through visual representations of the concerts and ballets he attended. He also designed costumes and sets for the opera houses of Paris and New York, and painted the ceiling of the Paris Opera with a dreamy cast of people and creatures.

“Colour is the key. The eye is the hammer. The soul is the piano with its many chords. The artist is the hand, that by touching this or that key, sets the soul vibrating automatically.”

By the 1960s, the convergence of art and music was becoming mainstream, as many up-and-coming artists began to design work for album covers. From Sir Peter Blake’s riotous grouping for the Beatles’ Sgt. Pepper’s Lonely Hearts Club Band to Andy Warhol’s big yellow banana for the Velvet Underground, the sleeves of the latest hits became almost as precious as the music itself and the artists took on cult status (Blake would go on to create album covers for The Who, Oasis and Brian Wilson, as well as art for Band Aid’s Do They Know It’s Christmas?).

The artists of 1980s New York went one step further, creating collabs with musicians and even music themselves: before he hit the art big time, Jean-Michel Basquiat formed a band called Gray (after the medical textbook, Gray’s Anatomy, which was a continuing influence on his work). It performed at several clubs and art parties but Basquiat’s music career was short-lived. Meanwhile, his contemporary Fab Five Freddy was busy building an enduring name for himself by uniting the emerging world of hip hop and the new wave art scene through a flurry of art, records and film appearances (he would go on to find mainstream fame as the presenter of 80s super show, Yo! MTV raps). Meeting The Clash on the scene in the early 1980s, graffiti pioneer Futura 2000 would go on to join them as they toured Europe, painting backdrops as they played.

Despite a lack of geographical proximity, there are parallels between New York’s New Wave and London’s YBAs: both lived in areas considered to be down-at-heel (in the latter’s case, many around a now-gentrified Shoreditch and Hoxton that was cheap, dirty and sometimes dangerous); both were heavily involved in the burgeoning club scenes that sprung up around them. Some YBAs, including the Turner Prize-winning Martin Creed, even make their own music just like Basquiat: you can check out Creed’s esoteric, dream-like compositions on his website.

In the two decades since the YBAs, music and art have collided intermittently: notably in Jamie Hewlett and Damon Albarn’s Gorillaz project and Chris Cunningham’s exquisite music videos for the likes of Bjork and Aphex Twin. But what’s next for art’s relationship with music? Everything seems to point towards NFTs. Indeed, Vulture recently reported that Aphex Twin has been crossing boundaries by selling artwork as non-fungibles; Grimes has been vending digital art to fund carbon removal; and, improbably, Ja Rule has created a digital verification process in which he purports to ‘cryptographically authenticate physical works of art like sculptures and paintings’.

Meanwhile, if you refuse to be drawn into the metaverse but want to explore art and music together, consider Tim Fishlock’s newly-minted paean to online record shops, which debuted at the gallery last month. Devoted to the blurb used to sell vinyl online, it’s a deep-dive into the artist’s enduring love of music. As Fishlock puts it, “​​The world of music is boundless and always rewards investigation. It is the ultimate in artistic expression because it has the power to define cultural movements, it impresses itself on your psyche but also, when played through a decent sound system, music moves you physically. You don’t dance to a good book.” Quite.

To discuss works by Basquiat or Tim Fishlock, please get in touch.

The proprietor of Honest Jon's Records, one of London's most groundbreaking record shops delighted us with a special DJ set on the opening night of PARADISE VERSION.