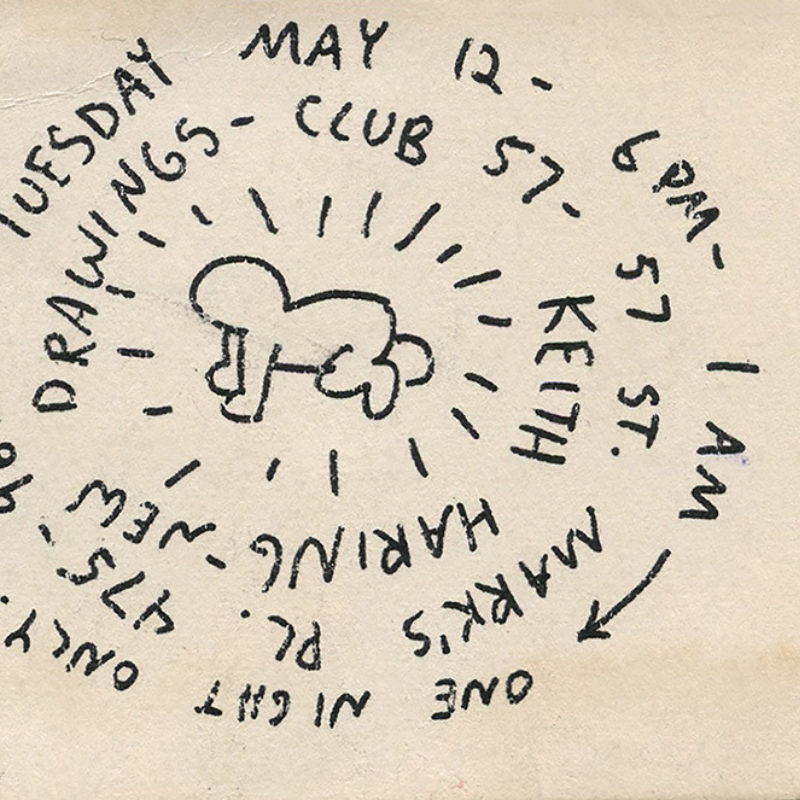 In 1980s New York, artists were rock stars. In the clandestine clubs of the East Village and Lower East Side, Keith Haring and Jean-Michel Basquiat staged exhibitions while Anna Sui put on runway shows and Iggy Pop sang. The traditional art world watched in astonishment as kids (some of whom had little formal training) tore down the elitist barriers to become some of biggest names on the scene, and graffiti and street art stepped out of the shadows for the first time in history. The streets were peppered with pieces by Basquiat, Haring and Futura 2000 and, by 1985, there were more than 100 galleries squeezed into the East Village, with dealers clamouring for a piece of the scene. Take a tour to find out where, and how, it all happened...

While the similarly-named Studio 54 was enjoying a sequin-clad, hedonistic heyday in Midtown, this dive bar in the basement of a Catholic church was the favoured hang-out of Haring and Basquiat, who were in charge of its exhibitions. Opened in 1978 in a neighbourhood favoured by artists thanks to its ridiculously low rents, the bar attracted criticism from its neighbours (which was fielded by its bishop who defended the club as the church’s ‘youth circle’). Haring once covered the entire basement in his signature line drawings, attracting the attention of mega art dealer Tony Shafrazi which led to a major exhibition at his gallery. However, the excitement in the Club 57 basement was fleeting – it became known as a place to shoot-up amid the area’s drug crisis and shut down in 1983.

Opened by underground movie actress Patti Astor in 1981, this short-lived gallery burned bright, with exhibitions from Basquiat, Haring, Fab Five Freddy, Futura 2000 and Dondi. Dreamt up one day when Futura visited Astor’s apartment to paint a mural and they had an informal barbecue ‘opening’, the gallery was among the first to open in the East Village (Kenny Scharf came up with the name). Despite its moniker and philosophy, Fun Gallery had a more serious side, advocating for black and gay artists in an era of prejudice and exploitation. In the autumn of 1982, Basquiat held an exhibition here (his second solo show after exhibiting at SoHo’s Annina Nosei earlier that year). But despite its initial success, Fun Gallery closed in 1985, and Astor headed to Hollywood – where she devised the story for cult film, Assault of the Killer Bimbos.

Patti Astor with Keith Haring and LA 2’s 'The Smurfs' at the FUN Gallery in February 1983. Photo by Eric Kroll

When Warhol got tired of Studio 54 he ended up at the Mudd Club, in what is now known as Tribeca. As glamorously debauched as the Lower Manhattan scene got, it was a place where Debbie Harry rapped with Afrika Bambaataa and the B-52s put on hammy costume parties. The club had art pedigree – one of its founders was Diego Cortez, who went on to put together the highly influential 1981 New York/New Wave show at the PS. 1 Gallery in Queens, which included works by Andy Warhol, Keith Haring and a 20 year old Jean-Michel Basquiat amongst others. Keith Haring was in charge of the art shows on the top floor of the Mudd Club, notably ‘Beyond Words’ which was curated by Futura 2000 and Fab Five Freddy and focused on graffiti pioneers of the time. Other party-goers included Jeff Koons and Robert Rauschenburg, but by 1983 the club had fallen out of favour and it closed down.

INVASION OF THE NEO-GEOS AT INTERNATIONAL WITH MONUMENT

By 1984, rents were rising in the East Village, but many of the artists’ worlds were toppling thanks to the onset of aids and a ballooning heroin problem. Haring and Kenny Scharf fled to safer SoHo, moving gracefully into the establishment – and many criticised the 1984 opening of International with Monument as slick and cynical, offering a sanitised professionalism at odds with the heady mix of punk, hip hop and street art that had formed the East Village movement. Despite this, the gallery was hailed as a pioneering champion of the Neo-Geo movement and Jeff Koons held his first solo show here. Other hugely successful artists including Richard Prince and Peter Halley also exhibited at IWM, but the founders disbanded in 1988, with two of them going on to found another successful gallery in SoHo.

ALL HAIL THE EAST VILLAGE EYE

While other publications of the time favoured semi-naked pin-ups as their centerfolds, this local magazine took a different stance, featuring spreads with work by artists including Jenny Holzer and Barbara Kruger. A monthly launched in 1979, it was a bible for the area, with local luminaries including Patti Astor gracing the cover, profiles on artists including Keith Haring, maps of the area’s galleries, and extensive coverage of the seminal 1983 art film, Wild Style (which starred Patti Astor alongside graffiti artist Lee Quinones). Produced from a basement shop and art-directed by Christof Kohlhofer (a pop artist who had studied under Joseph Beuys in Dusseldorf), it documented the East Village’s artistic boom with democratic enthusiasm. But as the galleries moved out and the establishment moved in, the East Village Eye struggled to survive, finally closing its doors in 1987.

Issues of the Eyes Village Eye

To enquire about works by Basquiat, Haring, Futura 2000 or Koons, please get in touch with us.